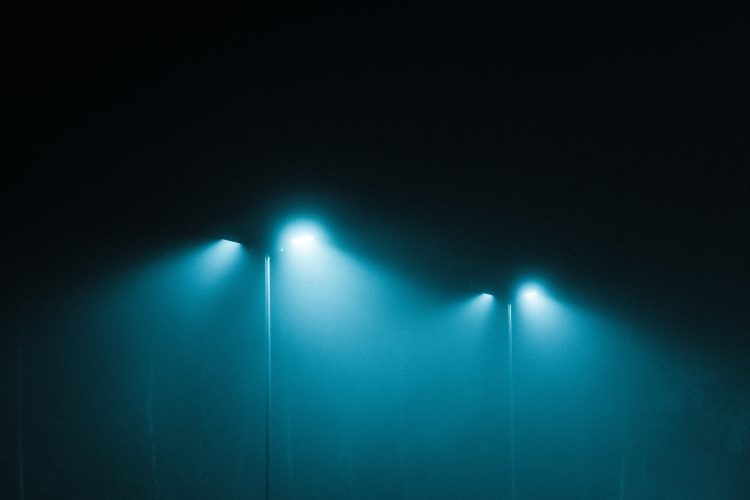 Photo by Aron Yigin on Unsplash

Wide-ranging opportunities for improving healthcare and community health outcomes will be profiled at an online summit run by the NHMRC-funded Partnership Centre for Health System Sustainability this Thursday (3 June), reports Dr Amy Coopes for the Croakey Conference News Service.

The COVID-19 pandemic has shown the scale of systemic and behavioural change that is possible in healthcare, but how can we seize on the lessons and momentum of the past year to drive reforms that promote quality and integration?

This will be the focus of an ambitious online summit run by the NHMRC-funded Partnership Centre for Health System Sustainability (PCHSS), which will explore the economic and structural drivers of our fragmented and volume-based healthcare system.

PCHSS is a research network tasked with examining the sustainability of Australia’s healthcare system, in an era of burgeoning challenges including population ageing, increasing chronic illness, genomics and precision medicine and fragmentation of service provision. Its 17 lead investigators, 20 expert advisors and more than 40 system implementation partners work across a diverse range of fields including aged and primary care, children’s health, economics, technology and artificial intelligence and government policy.

They will come together on Thursday for an online forum, open to the public, on shifting incentives and emphasis away from episodic care to value-based, integrated models that reward good outcomes for patients, clinicians and the economy.

“You’ve got this paradox of overtreatment and overdiagnosis alongside undertreatment for chronic disease,” explained Professor Tony Scott, who will be presenting on the role of payment models. “It’s essentially just a misallocation of resources into the wrong places.”

Fee-for-service, a legacy dating back to Federation, has driven a whole suite of perverse results, including super-specialisation and concentration of Australia’s medical workforce in metropolitan centres, and care paradigms that prioritise throughput over outcomes.

Instead of rewarding primary care and prevention, the status quo incentivises fragmentation, duplication and tertiary endpoints, emphasises mortality over morbidity, and puts a dollar value on quantity rather than quality of care, said Scott.

“We measure death rates very well, but we don’t measure success,” he said.

The labyrinthine complexity of Australia’s healthcare system, with its panoply of players across public and private domains, state and federal jurisdictions, the tertiary and primary care sectors and manifold disciplines makes meaningful reform a challenge, added Scott, with most efforts at present still toiling at the margins in hopes of “ground-up change”.

Some of the more meaningful gains were likely to be found where health intersected with other sectors, according to Scott, who pointed to some experiments in the UK with pooling health and social care budgets at the local level as one approach.

“There are a lot of strange incentives, cost-shifting, and a lack of integration of care across different settings that means patients can fall between the gaps between healthcare, social care and aged care,” said Scott. “They’re all funded very differently and it’s just very hard to coordinate.”

Associate Professor Yvonne Zurynski will present on the Sydney Children’s Hospital Network’s Guided Personal Service (KidsGPS) program, a care coordination pilot for children with chronic disease that has been a huge success on both economic and patient outcome metrics. It reduced ED presentations and day-only admissions by around 40 percent, with a total cost saving to the health system of some $2.5million per annum.

Just as important, according to Zurynski, is the difference it makes to families’ lives, saving those in the program more than 50,000 collective kilometres in travel, and – through employment of a care coordinator and shared care plan app – reducing the risk of duplication or errors in care.

“We heard stories of parents travelling five hours to come to a routine appointment to have their blood results checked for their child, which is really inefficient both for the health system and for the family,” said Zurynski.

Under KidsGPS, which is now being scaled up for rollout to four rural LHDS – Murrumbidgee, Southern, Northern and Western – as RuralKidsGPS, Zurynski said there was “lots of travel avoided, a lot of days missed from school avoided, and parents were able to keep working as usual without additional family disruption and expense”.

She said: “Our healthcare system needs to move towards a more integrated model of healthcare delivery, both to improve patient experiences and practitioner experiences as well as increasing value in the health system. Integrated care allows us to do that because there’s less opportunity for duplication, there’s more of a team approach, and more of a shared-care model.”

Hospital in the Home

Part of the problem is redefining what is perceived as value, and having the data or evidence to assess that, according to Professor Rachelle Buchbinder, whose work has examined alternative models of care such as Hospital in the Home (HITH).

Few of these models have been adequately studied and, where they have, she said it was rare to also see an economic benefit to their implementation. Even for alternatives that did seem to stack up on both fronts, such as HITH, Buchbinder said it was often a case of cost-shifting rather than cost-saving, with the patient bearing the brunt.

“Hospital in the Home looks like it might deliver the same or better care but be much more efficient, reducing the length of stay in hospital,” she said. “But some of that is you’re moving the cost of care to the carer.”

Sometimes it was the case that a model was both value for money and good for the patient, but not favoured by a health service because it resulted in less government funding, she said, giving the example of group antenatal classes, which were liked by patients, had good outcomes but resulted in loss of hospital income.

“There are vested interests that might stop people receiving the right care or better care,” Buchbinder said.

Uptake of HITH and similar services such as home rehabilitation following joint replacement or home-based chemotherapy remains extremely low in Australia – less than one percent of admissions in the private system and little better among public patients – and Buchbinder said patient preferences had a significant part.

Her team was partway through a study of home rehabilitation for joint replacements when the coronavirus pandemic erupted, driving a marked increase in the uptake and demand for domestic services. According to their data 58 percent of people undergoing hip replacement in Australian hospitals did their rehabilitation as an inpatient in 2019. In 2020 that figure halved to 26 percent.

PCHSS researchers chronicled a host of other pandemic-related shifts including a historic switch to telehealth – with some seven million virtual appointments billed in just six weeks – proliferation of junk research, and increasing disillusionment with private health insurance. Around 15 percent of Australian users downgraded or dropped their cover in 2020, perceiving it as poor value for money.

“I think the COVID epidemic has been a really useful model to see what shifts people,” Buchbinder said. “I didn’t appreciate how much people were scared of COVID – they were more scared of being in hospital than out.”

“These sorts of environmental factors are really important I think, because you have to shift the public.”

For Buchbinder, the concept of health system sustainability goes far beyond the fiscal, encompassing planetary impacts from overtreatment, overdiagnosis and too much healthcare.

The sheer scale of waste in the system is well documented, with widely-cited figures suggesting one-third of healthcare is of little to no value to patients and 10 percent is actually harmful.

Professor Paul Glasziou will be speaking on Thursday about waste and low-value care in oncology. Using a novel methodology, he has estimated that up to 18 percent of cancer diagnoses in women and 24 percent in men are the result of overdiagnosis, including 41 percent of all prostate cancers. He has done similar work looking at the overdiagnosis of gestational diabetes.

In the realm of testing, Professor Johanna Westbrook – who presented at last year’s Aged Care Royal Commission on the inappropriate use of antipsychotics – has identified a range of problematic practices including PSA and vitamin D, B12, iron and folate testing in general practice, drawing on some 222 million pathology tests ordered dating back 30 years.

Buchbinder said it was important to take the conversation one step further and talk about the “negative feedback loop” of environmental consequences of too much medicine. She cited the carbon footprint of inappropriate imaging, aerosol emissions from respiratory puffers and anaesthetic gases as just some examples

“There is a lot of poor care that not only results in harm, is hugely costly, but will have huge environmental impacts as well,” she said. “I think clinicians have to take some responsibility for that.”

The PCHSS forum will be live-streamed on Zoom from 1pm-5.30pm this Thursday, June 3. The event is open to the public, and can be joined here.

Croakey journalist Dr Amy Coopes will be live-tweeting proceedings for the Croakey Conference News Service. Follow her at @coopesdetat. @PCHSS_AIHI will also be tweeting this week and during the event from @WePublicHealth around the hashtag #ValueBasedCare. 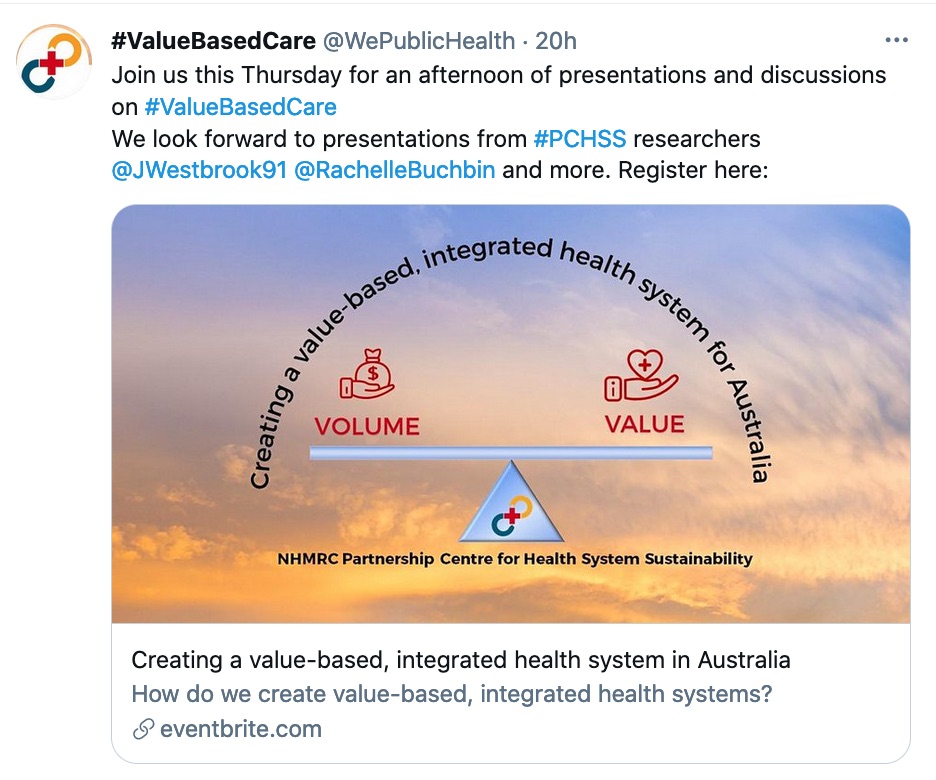