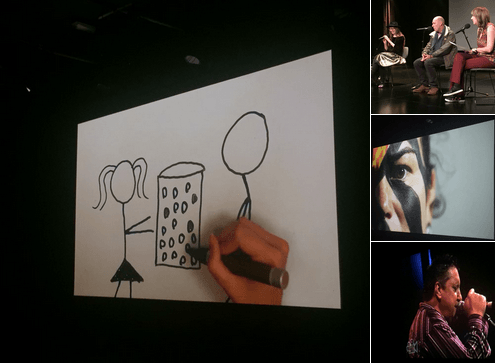 “Sun sneaks through the clouds” at Schizy Week film festival

Introduction by Croakey: “Nobody medicates a short film or puts it in a psych ward,” said Melbourne artist Heidi Everett as she recently launched the inaugural Mojo Film Festival: 22 short films made by filmmakers with lived experience of schizophrenia and mental health recovery.

Unlike so much mainstream media, Everett said Mojo had no “stereotypical schizophrenia films about the symptoms with some spooky messages”.

Rather the powerful program by local and international filmmakers, which sold out two sessions at the Australian Centre for the Moving Image (ACMI) for #SchizyWeek, aimed to portray “the sun sneaking through the clouds”, she said.

The films ranged from a poignant animation on the power of friendship and love by Zoe Glen-Norman to a mock-documentary on the creation of the word ‘schizophrenia’ by the Skybeanz Creative group – a fun take on the current global debate about whether the word should be abolished.

It closed with celebrated film of the first public performance after 30 years of Jeremy Oxley, frontman of The Sunnyboys, who was diagnosed in 1984 with schizophrenia.

In the post below, Everett describes the power of the arts in mental health and of the artists involved in this project.

Schizophrenia Week has become rare real estate in Victoria, but Schizy Week is alive and well, led by a non-profit collective of practicing artists and supporters based in Melbourne, and with lived experience of mental illness/recovery.

As a member of this small group of creative people, and with their help, this year I ran the Mojo Film Festival, the only public event for Schizophrenia Week in Melbourne this year.

In the last few years, we’ve held the Schizy Week Jam – a live music and performance event, with the iconic ‘One Love Jam’ with musicians from around the world jamming on the big screen and with local musos on stage.

Last week’s Mojo Film Festival was the culmination of a series of film workshops and networking with some great ‘do-er’ people.

This kind of work is an incredible workload for someone whose un-wellness is triggered by stress, but that’s how genuine, and damn necessary, this work is.

At the very least it’s what you would expect a health and awareness campaign to be, to bring people with lived experience together, to rally people’s spirits and generate hope. Campaigns like Red Nose Day or Movember don’t just throw out bleak statistics, they create fun, connection, wisdom.

I started Schizy Week in 2008 because I was so personally frustrated with the way I was being treated by mental health staff while I was unwell, but most tellingly, also in my recovery stages.

I just felt constantly driven to be a participant in my own life. I was being indoctrinated to accept that my opinion was invalid; my perspectives babyish; my voice registering below 0 on the social Richter scale.

My non-compliance ruined this plan. Raised in a 1970s activist household, by the time I could barely walk I was traipsing around with my mum, door-knocking for Oxfam. I was tethered to long marches that supported her (unquestioned) ideals; helping her set up jumble sales to raise money for charities or squashed in the back seat of a tatty 10th-hand car while mum drove foster kids to school.

So it’s in my blood to challenge the notion that people with mental illness, people like me, are reliant on the psych system for personality.

These stories are super dangerous because they also hold the truisms of the psych system. They won’t tell you that in art therapy, they just want you to own up to everything else that made you sad/angry/manic/addicted. What a subversive suggestion that my perpetrator was a Melbourne psych ward.

If anything’s going to change in the system, we have to expose it, not just to the rest of society, but to each other. We have to get down on our knees and scrub the floor before we can ask for someone to come in and recarpet.

Yes, governments have to publicly admit public psych wards re-traumatise traumatised people. But they won’t ‘fess up, if we don’t keep shoving the truth out. Mental health activists have been shouting from the roof for over ten years now, but we still have a cloud of thick status-quo smog making us completely invisible.

Any person who has also uttered the words ‘I have PTS’ will know that you can’t forcibly erase experiences. You dampen them; make them bearable. No one conquered climbing Mt Everest by sitting in their favourite café in Preston and saying it’s not there.

Yet that’s what the mental health system is doing. They want us to drink more coffee. Converse to psych wisdom, the arts world enables me to get those experiences and shake the life out of them. My Mt Everest lays below me when I’m on stage singing my song or watching my short film at ACMI.

There’s a cross-generational group of people wearing with the diagnosis of schizophrenia. Folk like me, and hopefully many reading this, are proudly holding up the tattered flag while mainstream media constantly shoots us with pellets of stigma and unfair reporting about crime.

We suffered and endured because of our diagnosis. We will not let the word schizophrenia – or any other mental health diagnosis, go freely into the arena without some transaction. If you see or hear the term schizophrenia misrepresented in your travels, please take our collective Schizy hand and speak out.

Now there is a global debate happening about the word schizophrenia, and whether it should be finally changed for a modern diagnosis. There’s incredible passion on either side. You can read more about it in these articles:

Those of us who have been labelled with it a long time feel we will be cheated of our experiential reality; others firmly say that it’s an archaic medical model term that must be replaced by one that respects developmental brain injury.

In Melbourne, we stoked the flames of the Jam and Mojo through crowd-funding and in-kind support from some very humane cultural organisations.

I can’t imagine an event as ambitious as the Mojo Film Festival would have happened if we acted in accordance with our public mental illness profiles and waited for official national recognition of events like Schizophrenia Week.

As people with a moniker of inability, we’re doing exactly what they say we can’t.

Schizy Week Inc. is looking for venues around Victoria to host Mojo on the Road – screenings of the films and to hold positive-message conversations around the notion of recovery.

On the screen and the red carpet 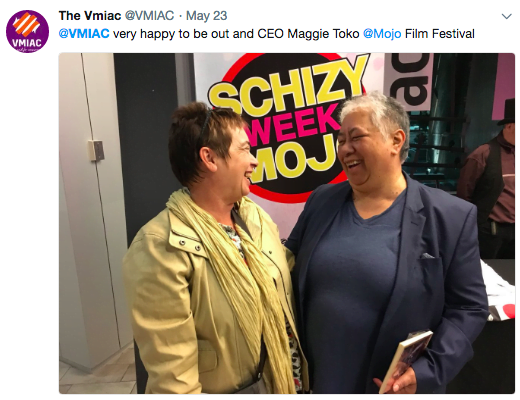 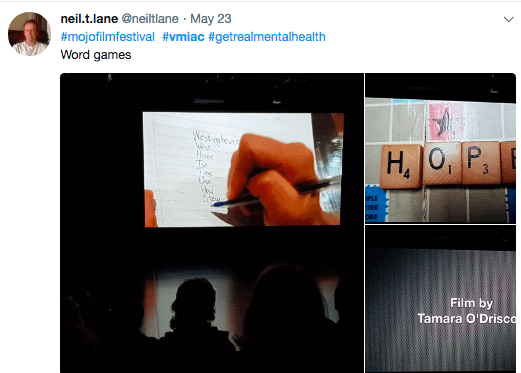 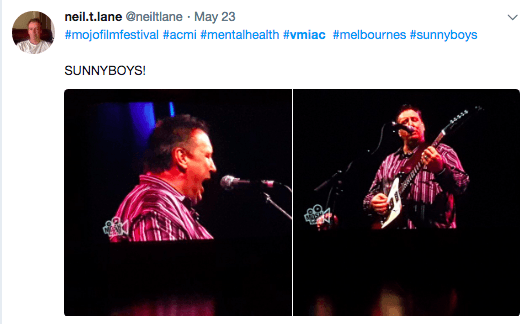 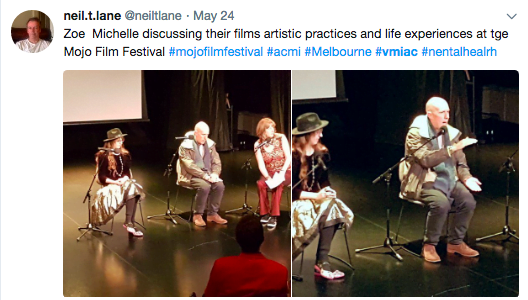 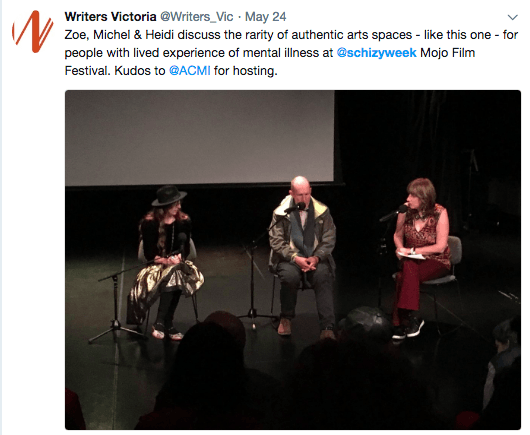 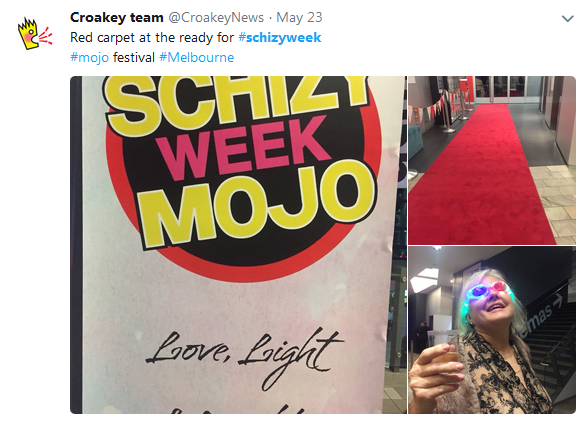 PrevPreviousMore Medicare funding goes to wealthy kids: why, and what can we do about it?
NextChanging conversations, cultures and systems: the movement to tackle overuse in healthcareNext