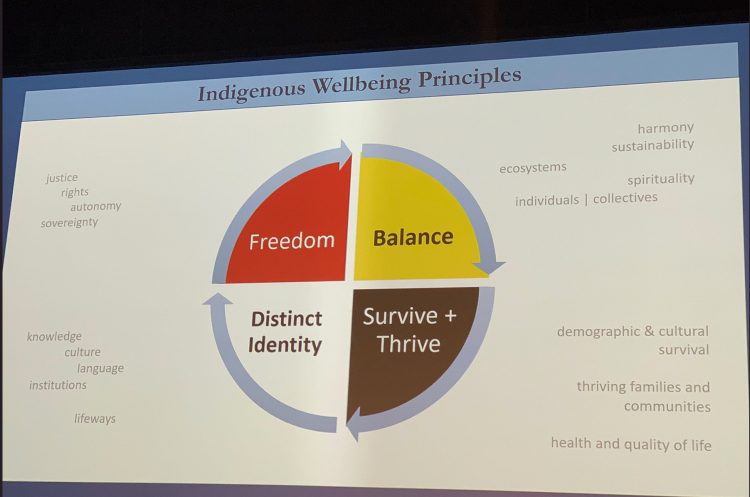 Indigenous concepts of wellbeing share common themes globally, and should inform initiatives such as the Wellbeing Budget of Aotearoa/New Zealand, delegates at the recent International Indigenous Health and Wellbeing Conference were told.

Marie McInerney reports below for the Croakey Conference News Service.

A leading Māori health and wellbeing researcher has welcomed the landmark Wellbeing Budget handed down by Jacinda Ardern’s government in Aotearoa/New Zealand – but warned it will fail to deliver unless systemic and institutionalised forms of racism are addressed.

Tahu Kukutai (Ngāti Tiipa, Ngāti Kinohaku, Te Aupōuri), Professor of Demography from the National Institute of Demographic and Economic Analysis at the University of Waikato, said she applauded Ardern’s “courageous vision” and saw “huge potential” for these wellbeing initiatives to deliver for Māori people.

“But the opportunities to transform the status quo will be missed unless the Government commits to identifying and addressing the systemic and institutionalised forms of racism that are part and parcel of ongoing colonialism that produce and reproduce ill-being,” Kukutai told the Lowitja Institute’s recent International Indigenous Health and Wellbeing Conference.

“And they will be missed if Maori are not front and centre of defining what wellbeing looks like for us and deciding the pathways and actions for getting there or staying there,” she said, echoing many of the keynotes and presentations from other Indigenous people attended from around the world.

Kukatai, who described herself a “data geek and wannabe historian”, is a founding member of the Māori Data Sovereignty Network Te Mana Raraunga and co-author with Australian Professor John Taylor of a seminal book on Indigenous Data Sovereignty.

She told the conference she has spent much time working with tribal and Maori organisations and communities who want to advance the wellbeing of their people and who want the data to both inform and reflect their aspirations.

Kukutai has found that most of these organisations and communities understand what wellbeing means to them and the values that underpin it. She said:

But they are unable to access the right data – either because it doesn’t exist, or the barriers to access and use are too high.

I have seen and felt a very real sense of frustration over the ways in which their wellbeing is statistically represented and misrepresented, and more importantly, how those misrepresentations are acted upon in a very top-down way with respect to policy interventions.

There is also a failure to connect the local intelligence of tribes and communities – and their desire for grounded and devolved action – to the larger national policy-making agenda.”

Kukutai said work on these data sovereignty issues is very timely now that wellbeing “looms large on the policy and political agenda in Aotearoa, an agenda that relies very heavily on the operationalisation of wellbeing, on the collection of data, on measurement and monitoring”.

The Ardern Government is still attracting headlines across the world (including at Croakey) for having delivered its Wellbeing Budget, following the pioneering work of Bhutan and later Costa Rica, to become the first western country to design its entire budget based on wellbeing priorities.

It is also soon to unveil a much-awaited Child and Youth Wellbeing Strategy, underpinned by the vision of New Zealand being the best country in the world to be a child.

That’s an ambitious vision in a country where Maori children are over-represented on “all the usual indicators of illbeing” – with the blame being put on parents and whanau or families – and where child removal from Maori families remains a “massive issue”, Kukutai told the conference.

“For too many Maori children, Aotearoa is far from being the best place to be a child,” she said.

She referred to the attempted removal of a six-day-old baby boy from his 19-year-old mother in New Zealand last month that sparked a national outcry and highlighted growing numbers of newborn Maori babies – rising from 110 in 2015 to 172 in 2018 – taken under what are known as “uplift” child protection policies.

The figures prompted an open letter being signed by more than 10,000 Māori lawyers, midwives, social workers and academics calling on the government to “stop stealing Māori children” and to address institutional racism in the child protection system.

Also shining a light on institutional racism in Aotearoa/New Zealand has been this month’s landmark ruling by the Waitangi Tribunal, a permanent commission of inquiry set up to hear claims by Māori people relating to Crown actions which breach the promises made in the Treaty of Waitangi.

It found, following a three-year inquiry, the Crown has breached the Treaty by failing to design and administer the current primary health care system to actively address persistent Māori health inequities and by failing to give effect to the Treaty’s guarantee of tino rangatiratanga (autonomy, self-determination, sovereignty, self-government).

In what is being hailed as a “watershed” report, the Tribunal says:

Māori experience a wide range of socioeconomic inequities that the Tribunal in previous reports has linked back to colonisation and breaches of the Treaty compact.

In these ways, and more, the colonisation of New Zealand and its ongoing impacts are as much a determinant of Māori health outcomes as any other, and continues to manifest as institutional racism.”

In findings that also echo in Australia, it said the Crown’s failure to adequately identify or address problems with primary care funding is “another manifestation of institutional racism”.

Along with efforts to refresh Australia’s Closing the Gap strategy here, the Tribunal’s report is an important backdrop to the work that Kukutai outlined at the conference, including joint research to identify shared international elements of Indigenous wellbeing.

The work has identified four main themes or elements (as illustrated in the feature image above):

Kukutai was also part of a Swedish funded research project that examined the literature on Indigenous health to see to what extent colonisation is treated as a driver or underlying cause of poor Indigenous health.

It found that in the vast majority of papers on Indigenous health, colonisation was not even mentioned – “it was irrelevant and thus rendered invisible”.

For those that did, most often it was just mentioned briefly or in passing “as a context setting variable, a past event”.

Only in a minority of literature, chiefly from Indigenous researchers and research groups, was colonisation “treated as an underlying driver of Indigenous health”.

One – that while colonisation is intimately intertwined with wellbeing or the absence thereof, it is still largely invisible as an underlying determinant that has intermediate and proximate manifestations. And that articulating those linkages is hard but necessary.

Two, Indigenous researchers are the ones best positioned and equipped to do that work.” 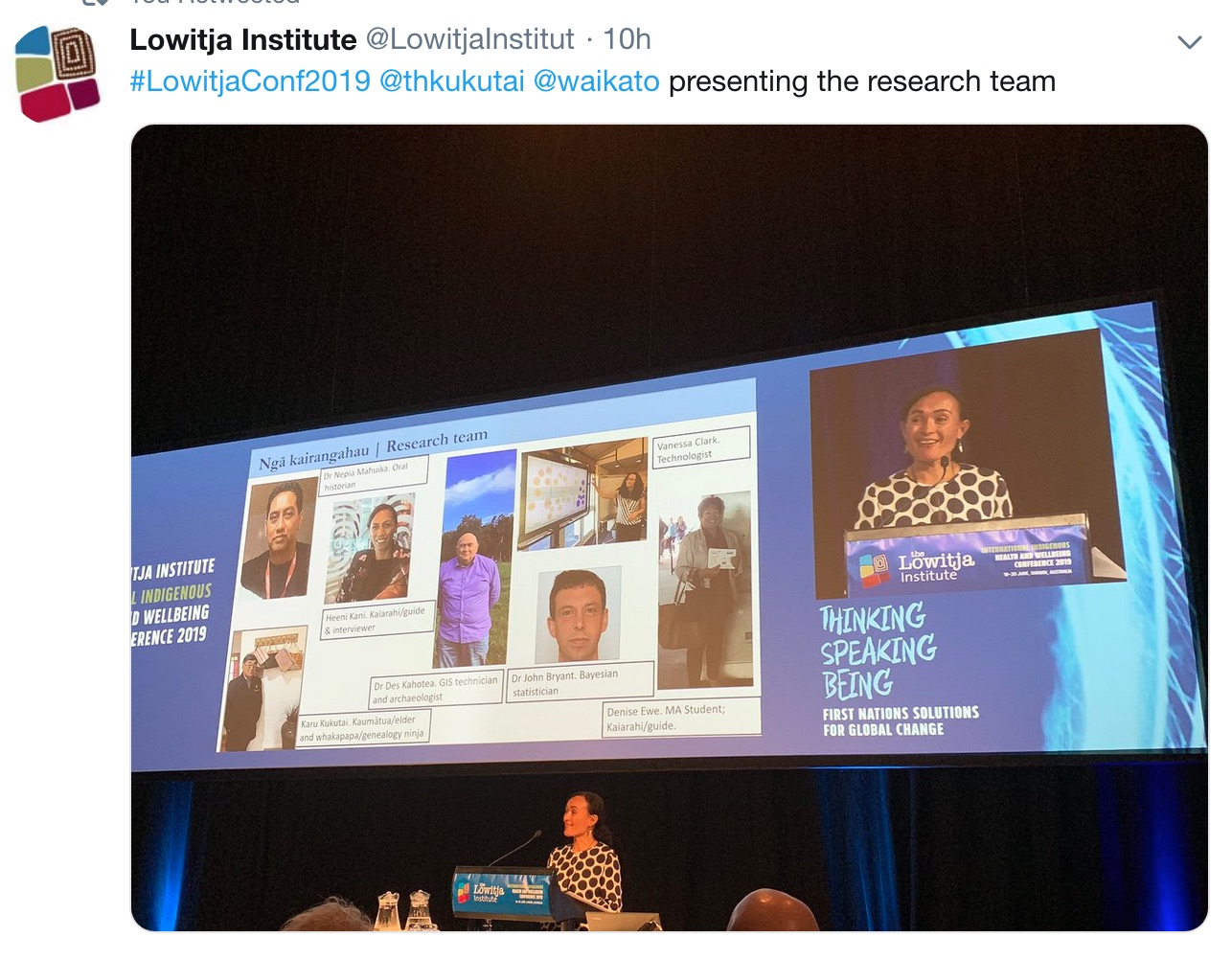 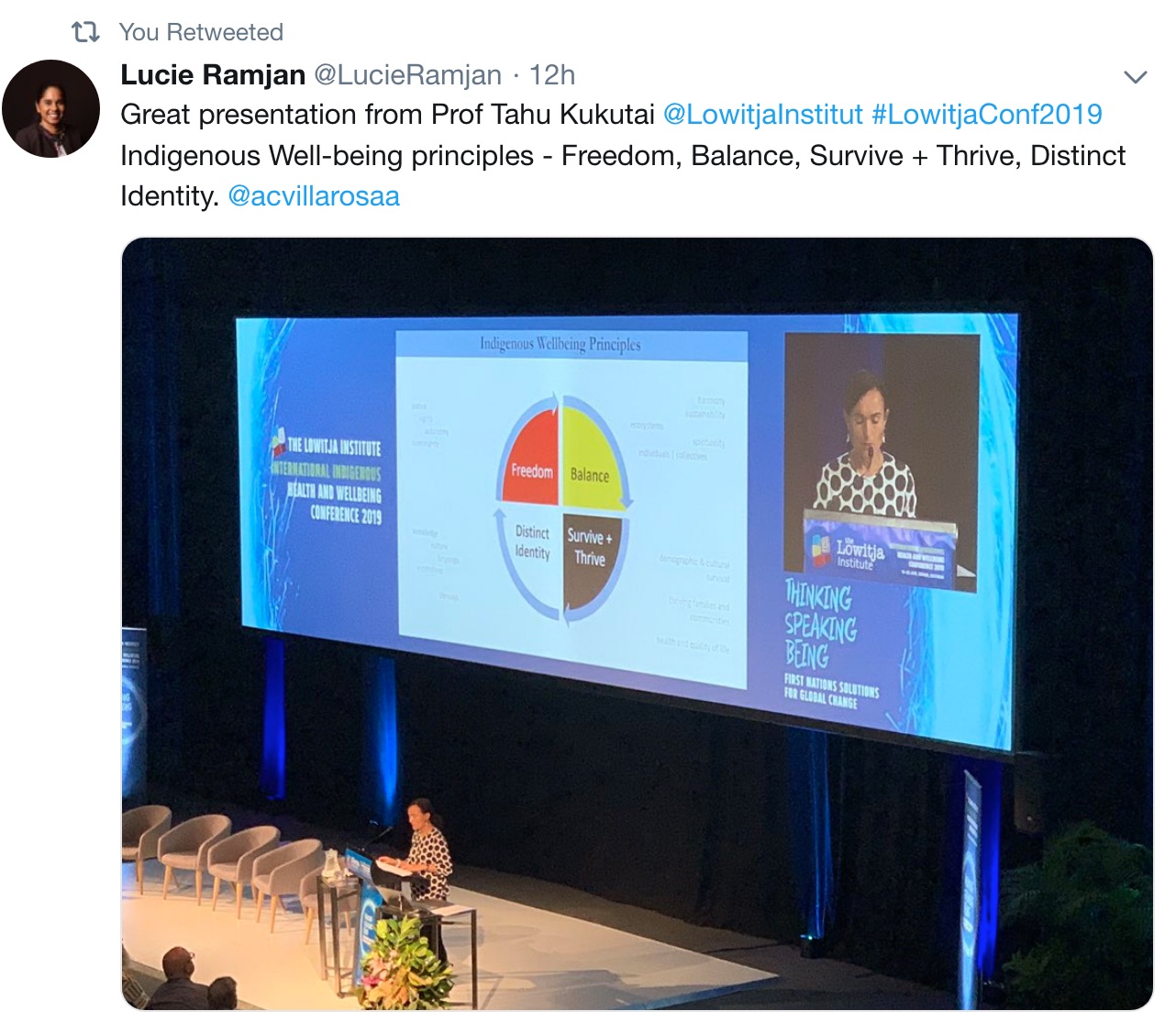 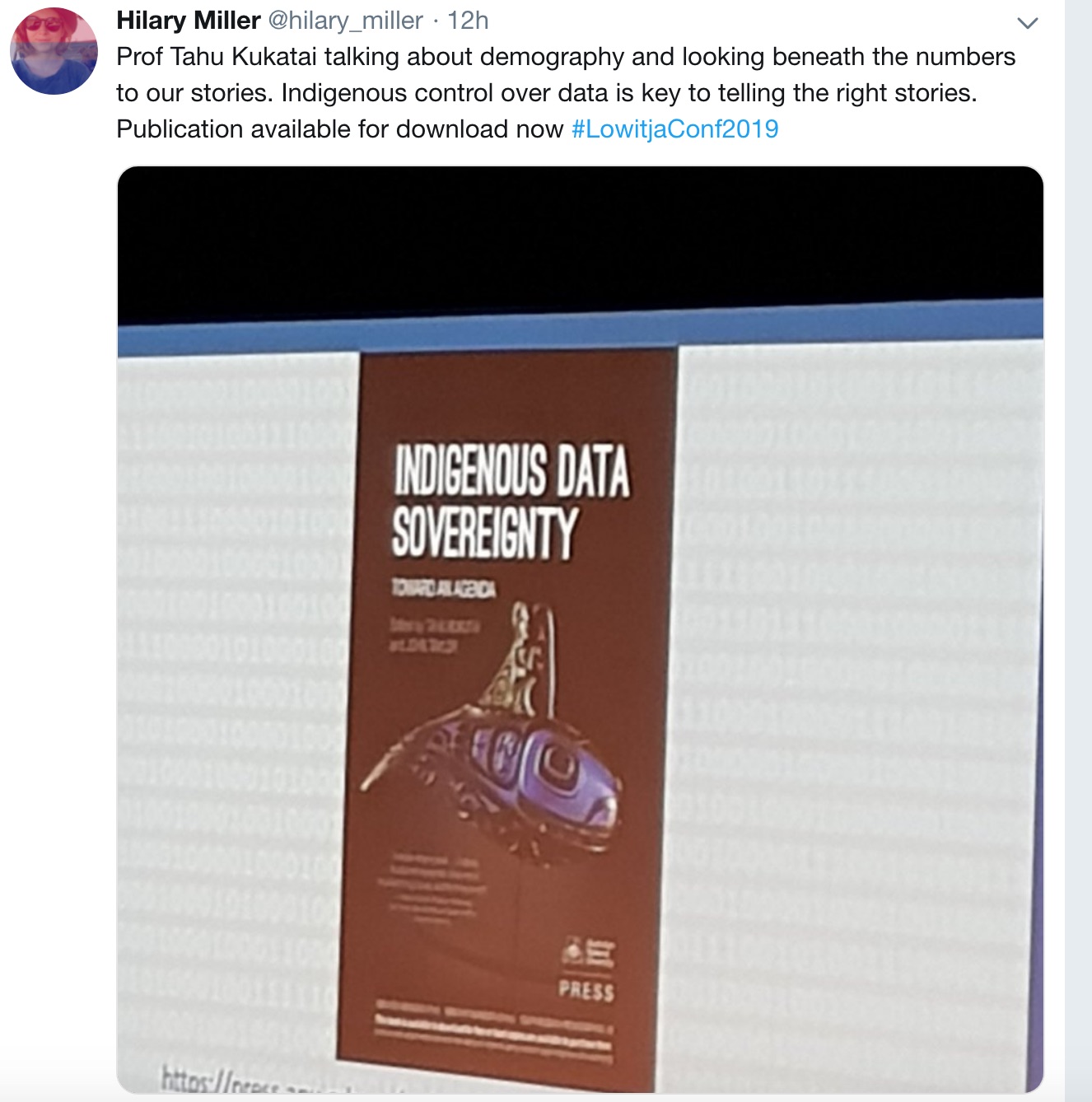 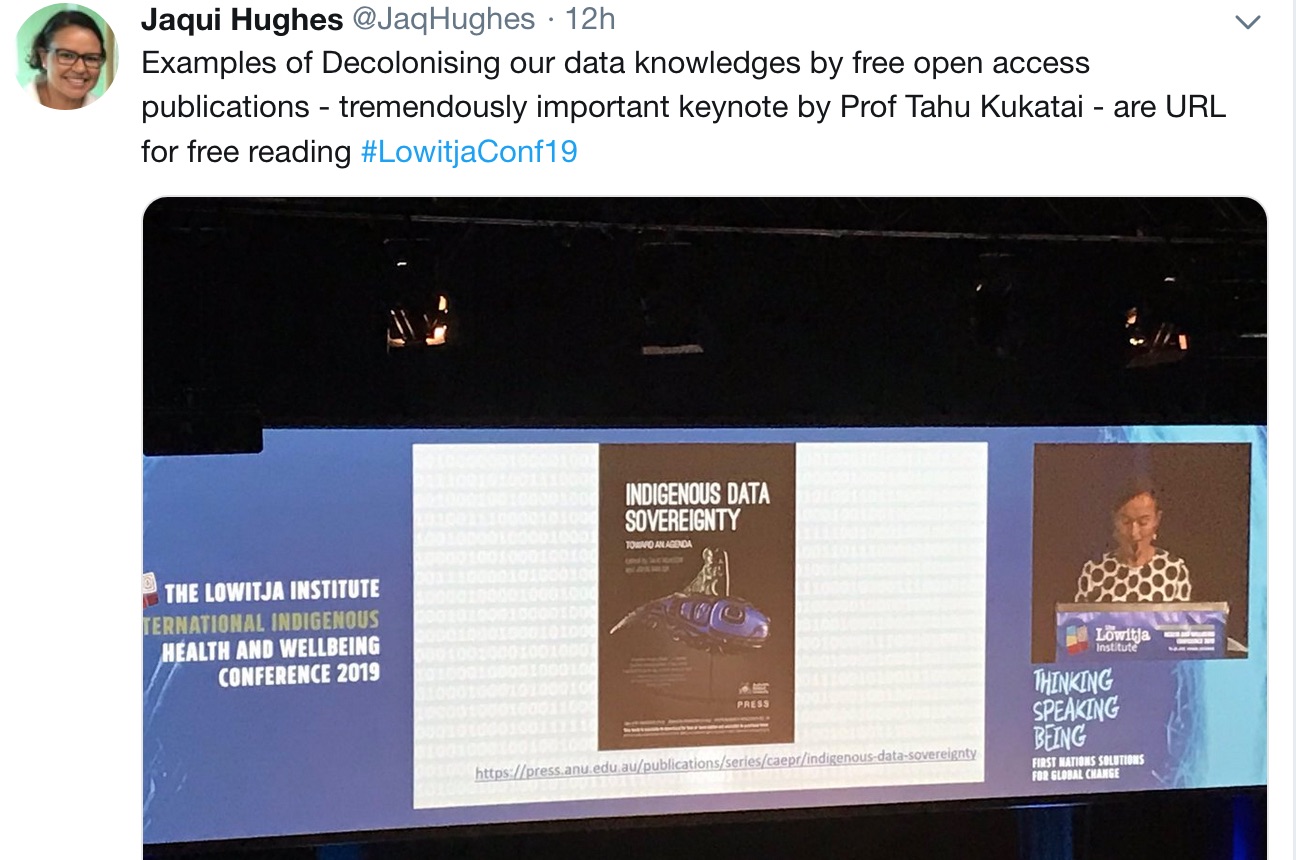 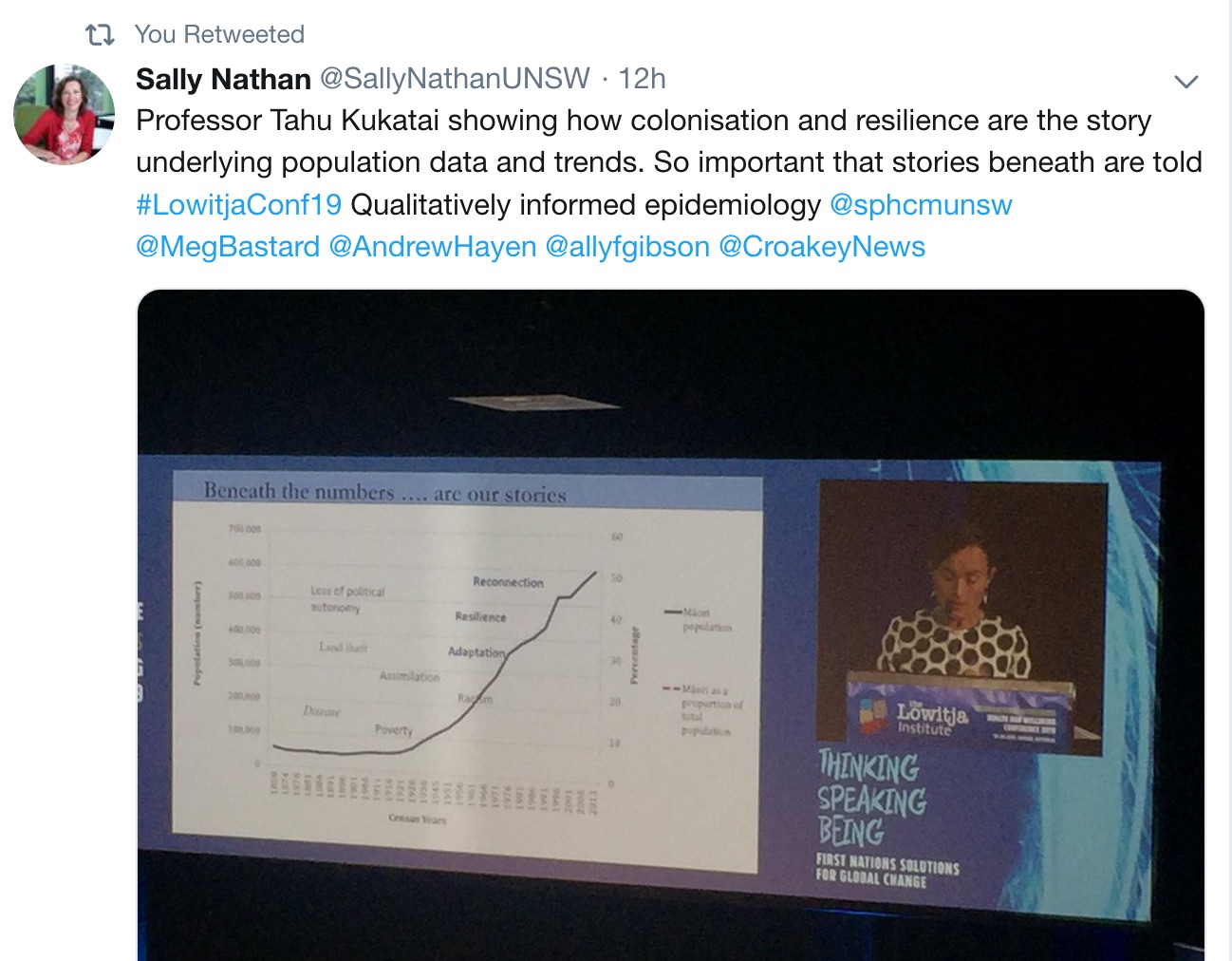 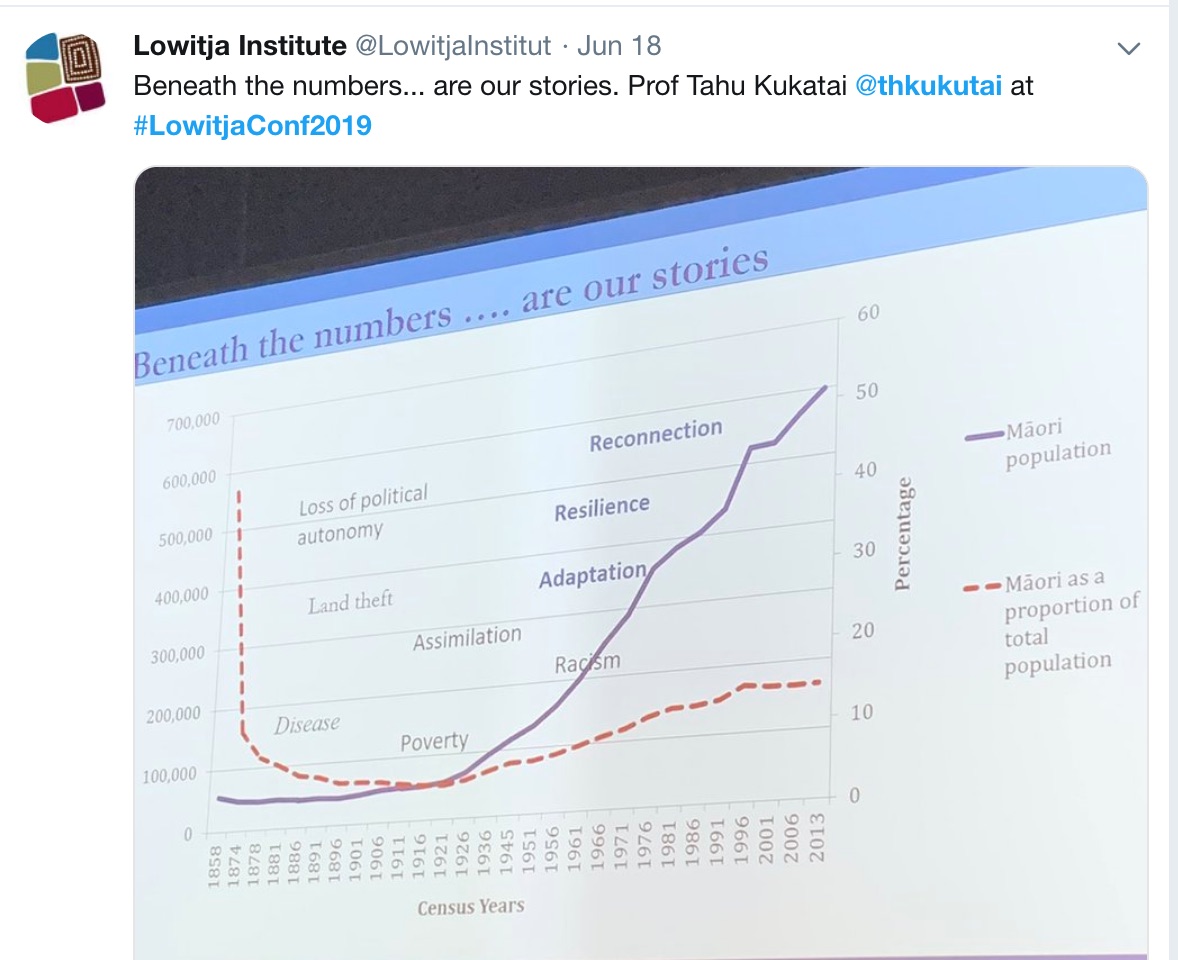 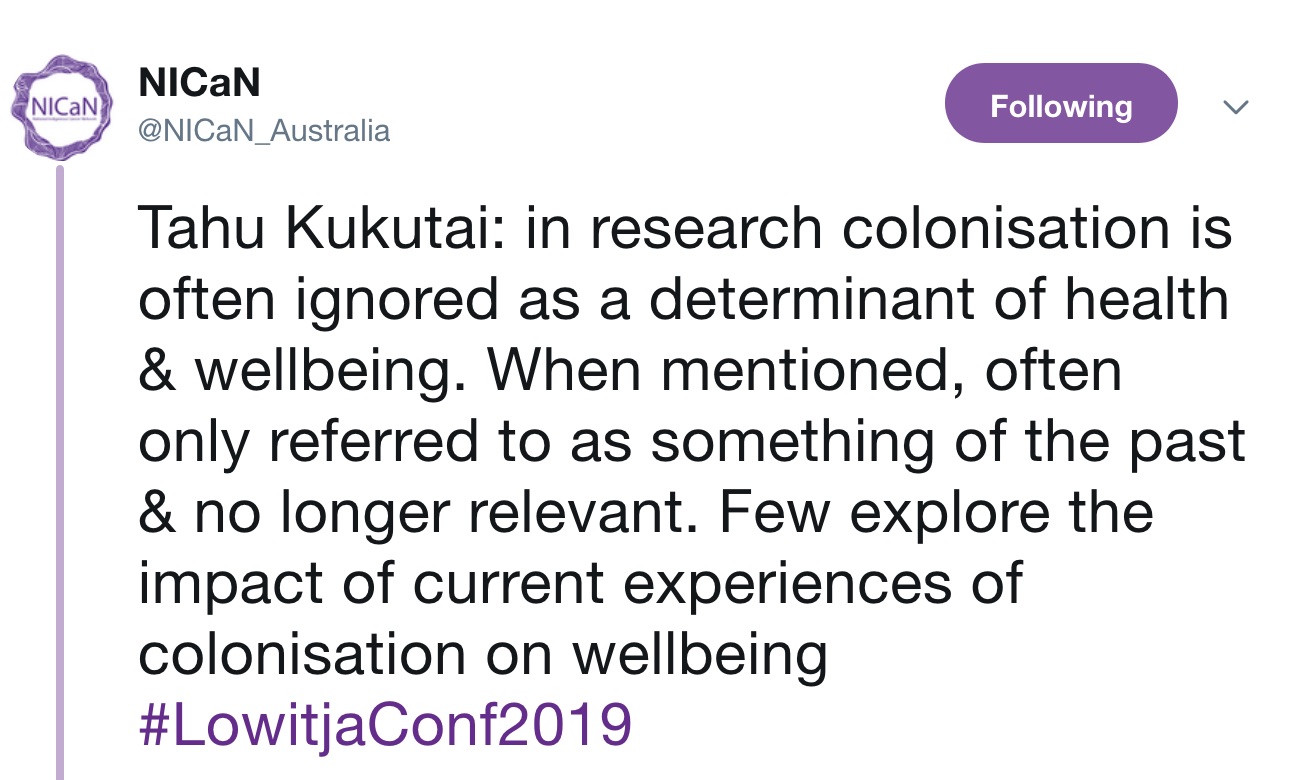 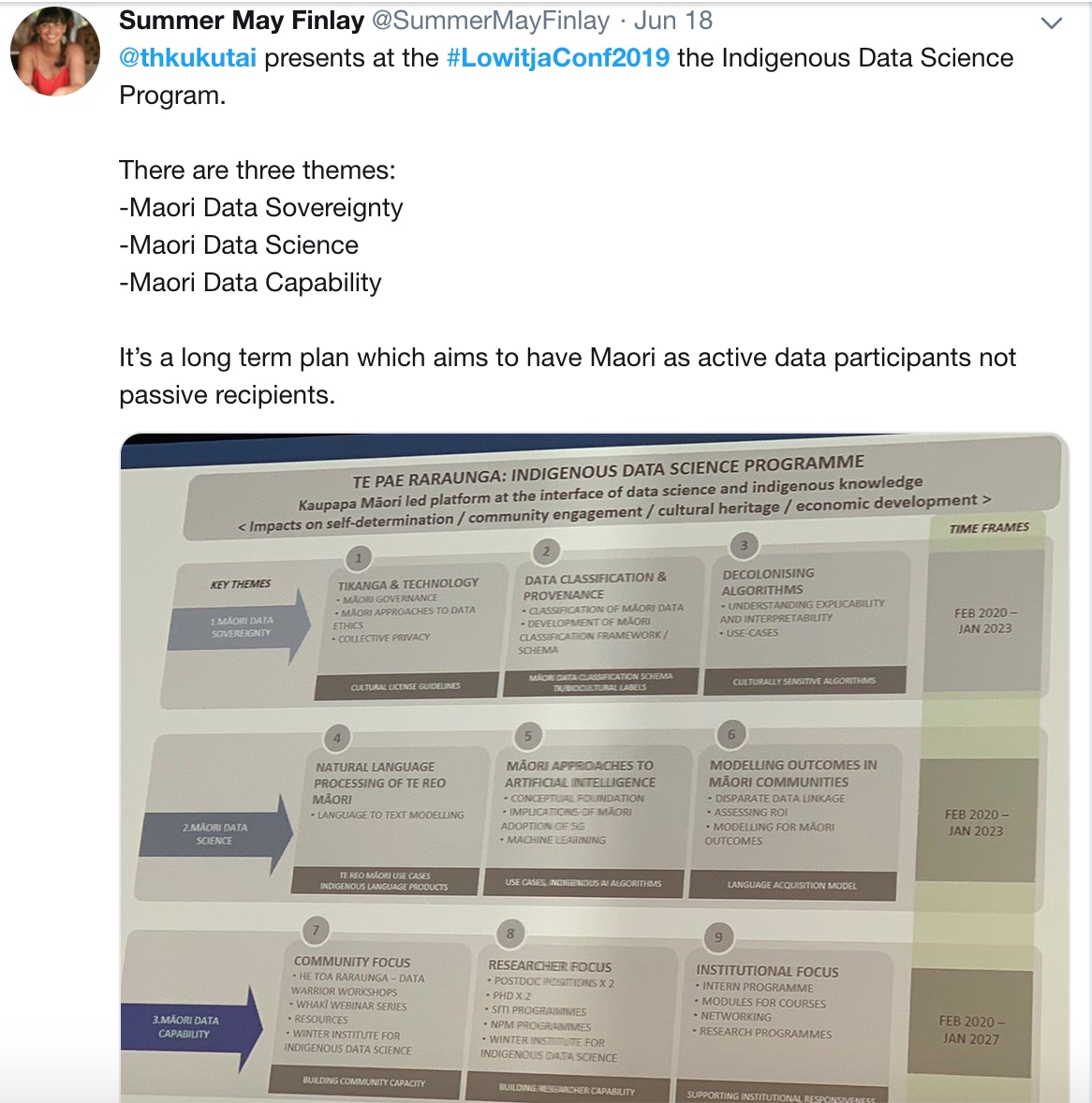 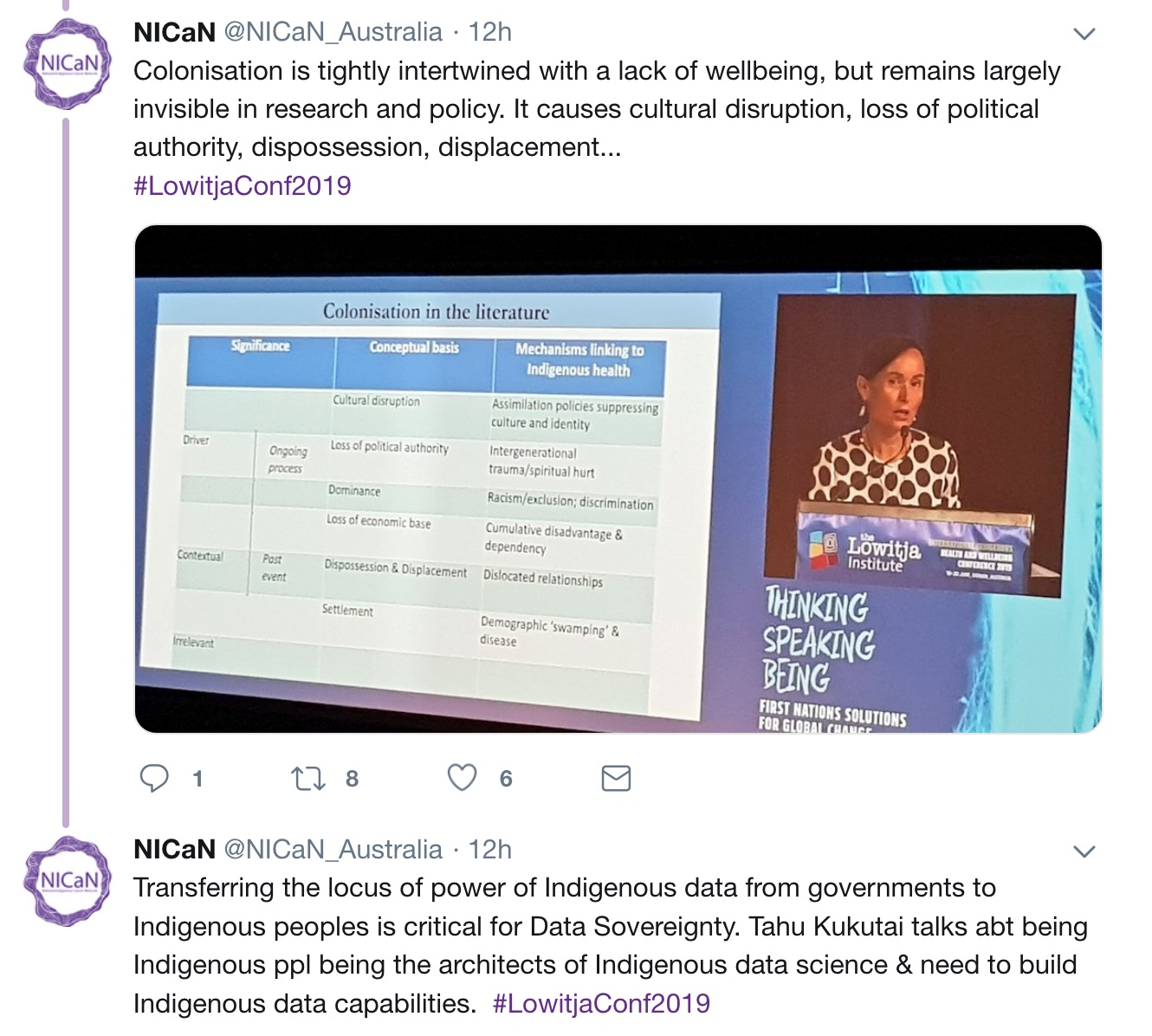