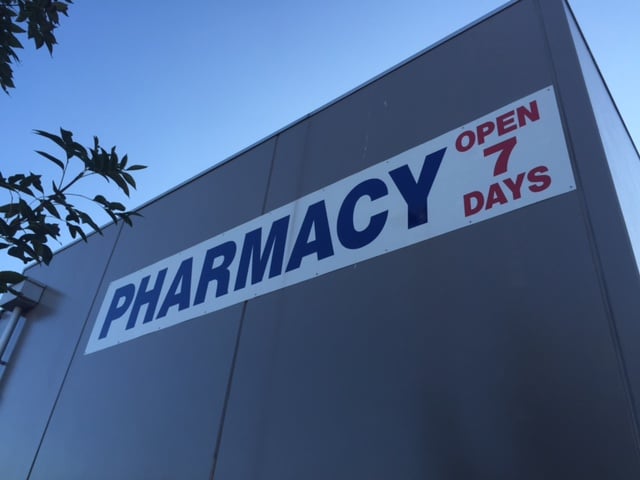 There has been much discussion about bringing pharmacists into high functioning primary care teams, but progress has been difficult, says Walter Kmet, CEO of WentWest, the Western Sydney Primary Health Network.

However, he says there is now renewed interest from a range of groups and WentWest is launching a three month pilot program placing non-dispensing pharmacists in general practice. The program is being run in partnership with local GP Associations of the Hills, Blacktown and Mount Druitt regions and is specifically focused on reducing overprescribing, medication misuse, adverse drugs events and preventable hospital admissions.

In its 2016-17 Federal Budget submission, the Australian Medical Association calls on the Government to support the employment of non-dispensing pharmacists in general practice through a funding model similar to incentive payments provided for nurses working in general practice. It said the proposal is backed by an independent analysis from Deloitte Access Economics, which shows a benefit-cost ratio of 1.56 for the health system.

With over 26,000 pharmacists in Australia, well ahead the next allied health professional category, it is hard to imagine an effective health system without a strong and capable pharmacy sector.

This is although the operational silos that exist in our health care system are also apparent for pharmacists. For community pharmacists, which is where most pharmacy professionals reside, the relationship to general practice is often reduced to an indirect retail transaction and interaction with the acute sector is rare. Where services and advice is provided at the community pharmacy level it is often in isolation, with the potential for duplication, confusion, and increased risk of adverse outcomes.

Models of high performing primary care based on medical home principles emphasise that:

“Primary care clinicians and other team member need a broad understanding of each patient’s health care needs to assist in coordinating all care, help the patient navigate the system, and ensure that the treatment plans and prescription medications of different specialists work together”.

Pharmacists are ideally placed to support continuity of general practice based primary care for patients. Their contribution to improving health outcomes will only occur when they become well connected and integrated into high functioning primary care teams.

Functions such as these are consistently identified as improving the capability of general practice teams which is central to improving outcomes and reducing costs at the hospital level and for medications. As this article from Australian Family Physician argues, to add value, pharmaceutical input needs to occur in the context of multidisciplinary teams, structured care, technology use and health systems redesign. I would add that these roles need to be “comprehensive”, a term explored in depth by the Patient Centered Primary Care Collaborative.

Progressing such initiatives has been difficult. The current fee-for-product pharmacy model is narrow, we generally lack the incentives to fund new models of care, and there is insufficient support for investment in primary care teams. However during 2015 a number of organisations, including the PSA, AMA and Pharmacy Guild, renewed calls for action.

Some Primary Health Networks have engaged in this area with their primary care teams and have begun pilot projects as a prelude to more fully implementing integrated roles for pharmacist with general practice. They could be useful and practical steps in the right direction. Both Western Sydney PHN and ACT PHN have currently have funded projects which seek to leverage off existing general practice capability and capability building, integrated care projects and their role in commissioning services to meet regional needs.

In Western Sydney the PHN has commissioned two local GP Associations to engage clinical pharmacists amongst an initial group of general practices in Mt Druitt and Blacktown. A model for team-based care based on a pilot undertaken by a practice in Mt Druitt is ready to be implemented.

The pharmacists involved will be integrated into general practice teams to improve the use of medicine, reduce adverse drug events and support better coordination of patient care. This will be particularly relevant to the patients transferring from hospital episodes and those with multiple chronic diseases. Another important element will be to improve patient education and monitoring of medication adherence through both telephone and face to face interactions.

Key indicators will be tracked in the project using the PEN Clinical Audit tool and with support from University of Technology Sydney. Results are expected to be released later in the year and hopefully support further investment in such projects across Western Sydney and beyond.

Clearly PHN flexible funding is not sufficient to make a comprehensive impact on this area but a PHN role is sensible for the ability to align with other PHN regional system building activities noted above, and also for the following reasons:

Areas of funding that could sustain a comprehensive approach are:

Training is a critical enabler for better system outcomes in the future. Training needs to emphasise not only clinical and technical aspects of roles but also the skills to operate effectively in multidisciplinary teams. Colleges, training providers, PHNs, Local Health Districts (LHDs), and service providers should all work together to achieve that.

Walter Kmet is CEO at WentWest, the Western Sydney Primary Health Network. He tweets at @WKmet.

PrevPreviousWhat will it take to have a healthy Budget 2016-17?
NextThe Health Wrap: Closing the Gap and issues of equity, big #auspol conversations, all about Zika, sadness at CSIRONext