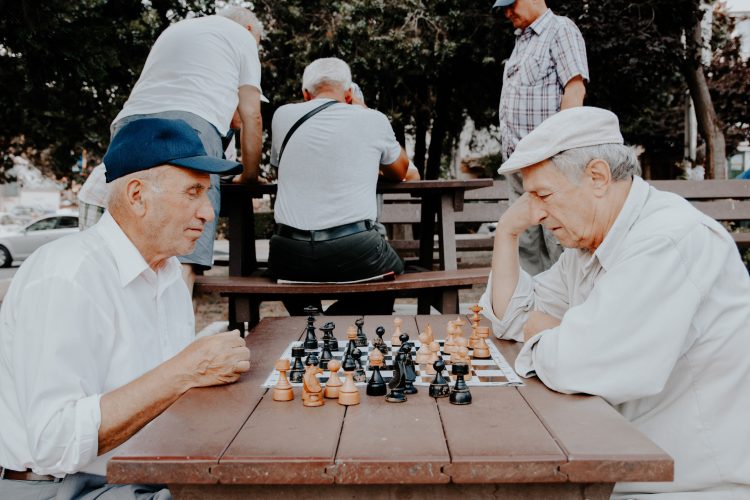 Introduction by Croakey: Australia’s 2020 coronavirus surges cast a welcome and long-overdue spotlight onto staffing and resourcing of the nation’s aged care sector, where cases and deaths were disproportionately concentrated.

Occurring against the backdrop of the Royal Commission into Aged Care Quality and Safety, the pandemic sharpened attention on practices in residential aged care, with the Commission publishing a special report into some of the issues identified, noting that the workforce was not only under-resourced and overworked but “also traumatised”.

“While the vaccination program means we are seeing fewer hospitalisations and deaths, our workforce continues to be placed under pressure because of COVID-19,” Health Minister Greg Hunt said in making the announcement.

“Many aged care workers, nurses and other staff have been working at a higher intensity during the pandemic. All Australians are thankful for their efforts, and the Australian Government is working to ease that pressure.”

In this piece for Croakey, health policy analyst Charles Maskell-Knight looks at the latest census of aged care workers in Australia, priority areas for action, and where the data itself is falling short.

When the Government was still pretending that the aged care workforce was a priority group for COVID-19 vaccination, one of the problems it faced was that it had no accurate data on how many people made up the workforce.  This is because it only collects data every four or five years through the aged care workforce census, and the last census was carried out in 2016.

The 2020 census began in December last year, and the results were released last Thursday. Unfortunately it does not provide an answer to the crucial question: how many people are in the aged care workforce.

This is, according to the report, because

due to the impacts of COVID-19 the 2020 Census did not collect any data from individual aged  care workers. Demographic details are therefore reported as known by providers.”

In other words the “census” of aged care workers was really a survey of aged care providers, which reported on how many workers they employed or contracted.

Because it did not collect information directly from workers, a lot of useful information from the 2016 census is missing. This includes data on how many workers have jobs with more than one service.

As it is well known that many workers are employed by a number of different providers, there will be an unknown element of double counting in the overall headcount numbers from the 2020 census.

The Government did introduce measures in mid-2020 to prevent workers from working in multiple facilities, but these were later amended to apply only in designated hot spot areas. In any case they were likely to be ineffective for the 20 percent of the workforce employed casually.

Less than half of residential aged care services (and an even smaller proportion of home care and CHSP providers) responded to the census. Responses were scaled based on remoteness and size to approximate the total population.

While this is a standard practice to deal with poor survey response, it assumes that there are no underlying systemic differences between respondent and non-respondent providers of the same size and remoteness.

If compliance with the census is a sign of a responsible provider seeking to do a good job, the staffing profile and training levels of responding providers may be quite different from those that did not respond.

As a society we spend several tens of billions of dollars on aged care. At the heart of the aged care system are carers looking after people.

The quality of the care depends on the number and skills of the carers. Everybody involved in aged care – providers, workers, service users and their families, and taxpayers – deserves timely and accurate information on these metrics.

A system which relies on data collection every or four five years is poor. But it is made even worse by a Department which accepts a response rate of less than 50 percent.

It is a legal requirement under subsection 46(1) of the Aged Care Accountability Principles 2014 for a provider to complete the census. However, information from the Department sent to the sector about the census merely “encourages” providers to participate.

While the Government has accepted the Royal Commission’s recommendation 75 that the census should take place every two years, it needs to enforce compliance if the data is to improve.

What does the census show?

Bearing in mind all these limitations, there are still some interesting findings to be drawn.

The trend reported in 2016 of a shift to a younger workforce – especially in residential aged care – has apparently continued.

About two-thirds of personal care workers hold a relevant Certificate III qualification (or higher), while one-third do not appear to.

It is worth noting that the employing service was unaware of the qualifications of seven percent of personal care workers in residential aged care.

In the residential care sector, the census shows up a number of shortfalls likely to affect the quality of care.

Only 80 percent of services claimed to have had a registered nurse (RN) rostered on duty overnight in the fortnight before the census. There is a long way to go to meet the community’s expectations of 24/7 nursing coverage in a nursing home.

Many residential aged care services are not meeting the needs of residents in these crucial areas.

In the 12 months to November 2020, 29 percent of the workforce in residential care facilities left the facility they were working in – although, of course, they may have started work for another facility. Government directives that staff should only work in one facility may have contributed to this churn, even though the directive only applied intermittently.

Crucially, 37 percent of RNs left the facility they were working in, and RNs were far more likely than other workers to have a permanent full-time job.

COVID-19 restrictions appear to have had a major impact on the volunteer workforce, with numbers at the end of November 2020 down 49 percent from 2016.

The census estimated that there were 123,351 FTE direct care nursing and personal care worker (PCW) staff (excluding some 1,000 people from agencies whose hours could not be determined).

Assuming a 35 hour week and allowing for annual leave, public holidays, and personal leave, this works out at 165 minutes of care per day for around 190,000 people receiving care.

On this basis, increasing nursing and PCW care to 200 minutes per day by October 2023 as committed to by the Government will require an increase in the FTE workforce of about 20 percent.

Two important issues for the aged care at home sector emerge from the census.

The first is the level of management and administration.

Of the 80,340 people working in the home care package program (HCPP), 64,000 were providing direct care, and 3,300 were employed in ancillary roles. Just over 13,000 or one sixth of the total were employed in administration and management.

In other words, there is one administrator or manager for each 4.9 direct care workers.

Many public complaints about home care packages (once people actually receive a package) are about the level of management fees reducing the amount of package funding available for care. Given these staffing figures, management fees amounting to 20 percent of the value of a package are not surprising. However, it does imply that the government is spending close to $700 million on HCPP administration.

While this does not affect people directly through reducing the funding they individually have available for service provision, it does suggest that the Government is spending almost half a billion dollars on CHSP administration.

A Government wanting to see its aged care budget provide as much care as possible should investigate the management structure of the aged care at home sector.

The second issue is the nature of the care provided through the programs.

Of the 123,000 people working in the HCPP and CHSP, only 8,800 are allied health practitioners. While the programs are intended to allow people to continue to live at home as they age, they do so by providing care services, not by supporting people to maintain their physical and mental function and hence their independence.

The Royal Commission found that only two percent of HCCP package funding is spent on allied health services. It recommended (Recommendation 36) strengthening the assessment process to ensure that allied health needs were identified, and earmarking funding to provide those services. The Government accepted this recommendation, subject to “sector consultation and further model development”.

A clear case for action

Consideration of the census findings suggests a number of areas for Government action. It is not clear that the Government sees it the same way.

In releasing the results Minister Richard Colbeck focussed on an increase of 32 percent in the residential care direct care workforce since 2016, and the proportion of personal care workers with relevant Certificate III or higher qualifications.

Given ongoing increases in aged care places one would expect an increase in the workforce, and the proportion of workers with relevant qualifications is basically unchanged.

A Government prepared to pat itself on the back for these “achievements” is unlikely to address the problems the census throws up.