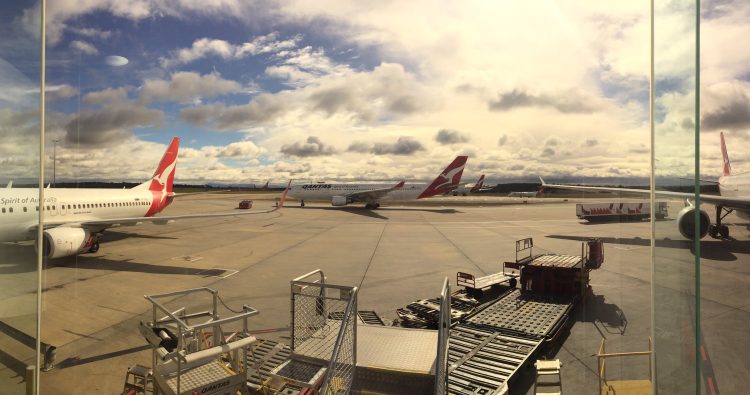 Could airports be "engines for health"? Photograph by Mitchell Ward

Taking us to the streets – and airports – for public health: follow #CPHCE this week

What is the potential for airports to contribute to a population’s health?

These and other timely public health questions will be discussed at the UNSW Centre for Primary Health Care and Equity’s annual forum in Sydney this week.

Amy Coopes will cover the forum for the Croakey Conference News Service, and previews some of the discussions below.

For news from the forum on Wednesday, please make sure to follow @coopesdetat and @cphce_unsw, or join us on the hashtag #CPHCE.

“We shape our buildings; thereafter they shape us,” or so British Prime Minister Winston Churchill famously declared of the Commons Chamber.

If we are so moulded by our environments, what impacts may they have on our health?

This will be the focus of the UNSW Centre for Primary Health Care and Equity’s annual forum in Sydney this week, themed Health Environments.

The summit, which traditionally examines issues of primary care, equity and justice (see our previous CPHCE coverage here, here and here), will be taking to the streets – at least metaphorically – on Wednesday to look at how our environments and health interact.

“There are significant relations between health and urban planning – our environment determines how we live,” said Professor Evelyne de Leeuw, director of CPHCE’s Centre for Health Equity Training Research and Evaluation (CHETRE).

Referring to Churchill’s famed maxim, de Leeuw said the symbiosis between cities and their inhabitants was true “not just in a hardware sense – good roads get us to good places – but also in the software sense; how you feel in a city.”

Featuring a keynote from Professor Bill Randolph of the UNSW City Futures Research Centre, the CPHCE forum (#CPHCE for those hashtagging in) will canvas a range of topics including social housing, the health impact of redevelopment, gentrification and globalization and de Leeuw’s personal passion: “healthy airports”.

A movement exploring the intersection of environments and health is gaining traction (see a related longread at Inside Story from Croakey’s Melissa Sweet here) as Australia’s cities experience a population boom, according to de Leeuw.

On the most ambitious forecasts, the number of people living in Australia is expected to double by 2061 and treble through to 2101 to some 70 million, three quarters of whom will live in urban centres, according to the Australian Bureau of Statistics.

“People recognise that we see a demographic explosion, that we are deeply challenged about the infrastructure that’s required to manage that explosion, and that we are not doing it well,” she said. “The rhetoric may be around but we can’t deliver on the rhetoric.”

Randolph, a passionate proponent of evidence-based urban planning in the vertical race to populate Sydney’s skyline, will deliver the Ian Webster Health For All Oration.

Some of Randolph’s research has looked at social housing, which he believes is unfairly demonised compared with neglected private investment rentals. This work is of interest given the push in major inner city redevelopments like Waterloo for a 70:30 private to public housing mix.

(Randolph’s City Futures colleagues have some illuminating analysis on the subject here and here).

The session, to be co-chaired by the City’s social strategy manager Allison Heller, will focus on the health impacts to the 7,000 children projected to be living there by 2030.

These include physical activity, including access to active transportation such as walking and cycling and outdoor play and exploration; exposure to traffic and air pollution; availability of local childcare and schools; and poor quality housing and overcrowding.

Risks are amplified where families are under housing stress (more than 30 percent of income going to housing costs), have language barriers or if children are living with a disability.

CPHCE are world leaders in the HIA framework, with CHETRE foundation director Associate Professor Elizabeth Harris among those who spearheaded its provenance some 20 years ago.

It’s been so successful that Associate Professor Ben Harris-Roxas, from the Centre’s South Eastern Sydney Research Collaboration Hub (SEaRCH) has taken the HIA to Bhutan, where there are concerns about the footprint of a new container port connecting the tiny kingdom to major trading partner India.

Bhutan is famous for its Gross National Happiness index, but globalisation has well and truly arrived in the remote, impoverished Himalayan nation, bringing televisions and cars. Harris-Roxas will present his capacity-building HIA work on the container port to the forum.

De Leeuw said CPHCE would brief the Department of Infrastructure and Regional Development on the health dimensions of the new airport as part of a global “healthy airports” push with the UN’s International Civil Aviation Organisation.

“We see an airport as an opportunity,” she said. “Yes, there are environmental threats; yes, there’s noise, there’s fuel dumps – but we see airports as engines for health.”

Good airports were good employers requiring qualified people, meaning a boost to education, all of which was good for health, she explained. They were also green operators, a boon for sustainability and therefore for health, she added.

“On virtually any parameter you can think of, you could positively construct such a major infrastructure investment as a major investment in human health, and we’re really trying to get that right,” she said.

Work on Western Sydney Airport would inform efforts to develop an international benchmark for health “for, on, in and out of airports” using a social determinants and equity lens.

Currently health gets just three mentions in global rules and regulations governing the building and operation of airports: health of flying personnel, infectious disease control and medical evacuations – all of which de Leeuw said reflected a deficit model of health rather than an investment.

“How does an airport affect equitably the health of the communities it serves? We simply do not know. And for such an enormous investment we think it is important to know that,” she said.

The CPHCE forum is on this Wednesday, August 16, at the John Niland Scientia Building, UNSW, from 9am. Follow @coopesdetat and @cphce_unsw for coverage, or join us on the hashtag #CPHCE.