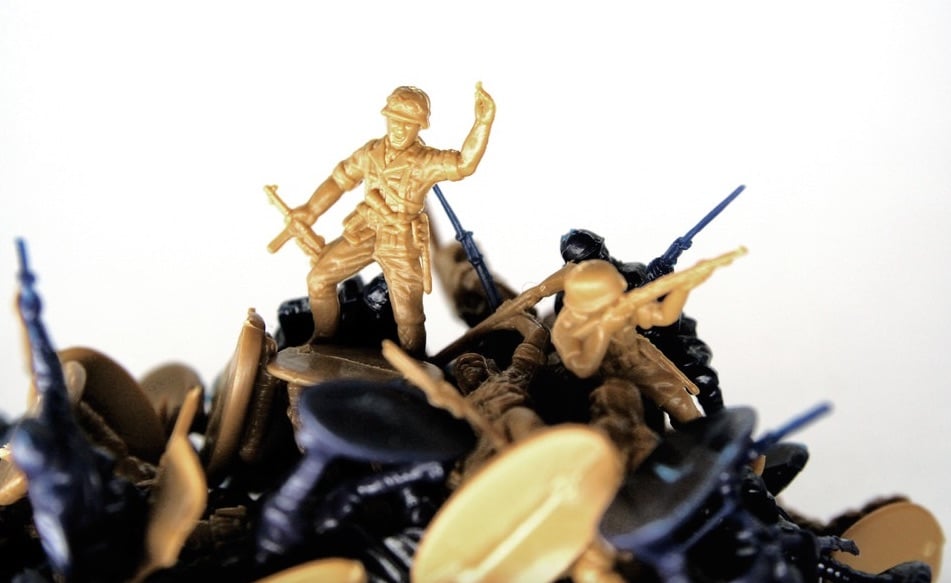 The health and equity impacts of taxation policy will merit wide-ranging scrutiny and discussion in coming weeks and months, with the Federal Government pushing a shift towards a flatter tax system.

The plan means that around 94 percent of all taxpayers are projected to face a marginal tax rate of 32.5 percent or less in 2024-25.

(The Health budget papers are available here and will be reported on by Jennifer Doggett in coming articles.) 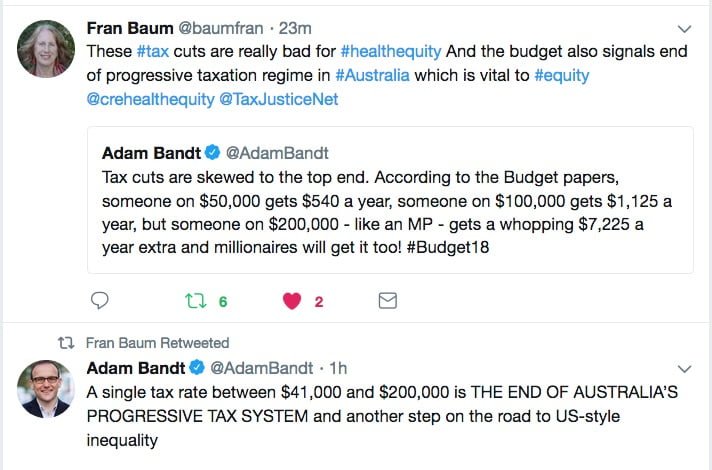 Meantime, even before the budget was released, the #KeepMyTenDollars hashtag on Twitter showed that some people would prefer public investment in services and public good to personal tax cuts that are estimated to save low and middle income earners between $200 and $530 a year. 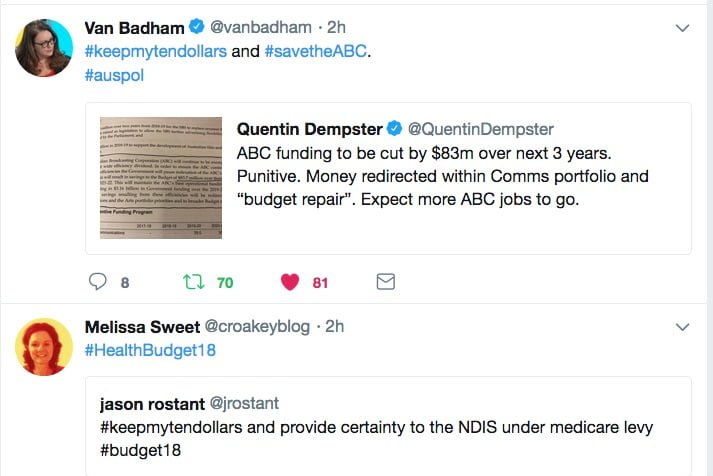 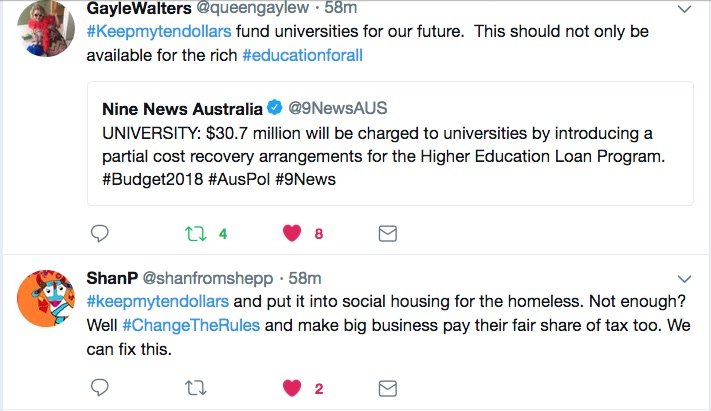 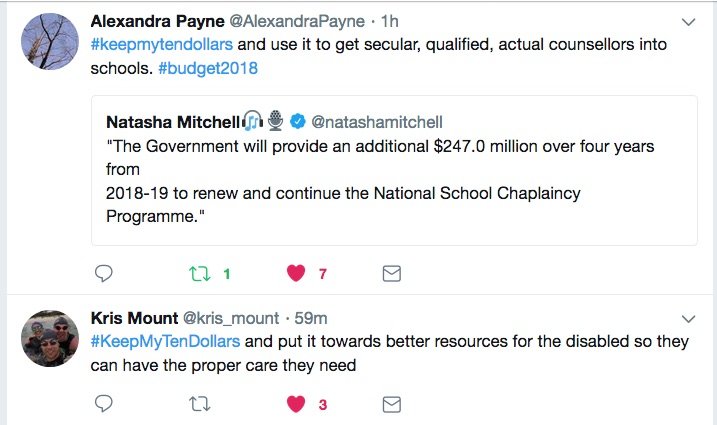 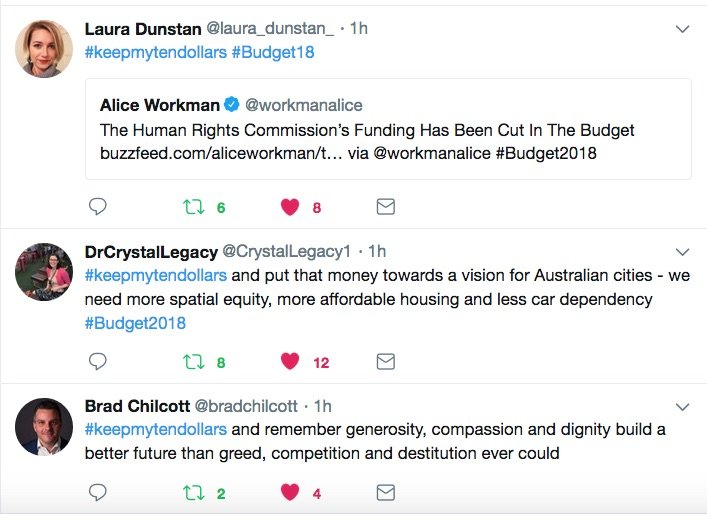 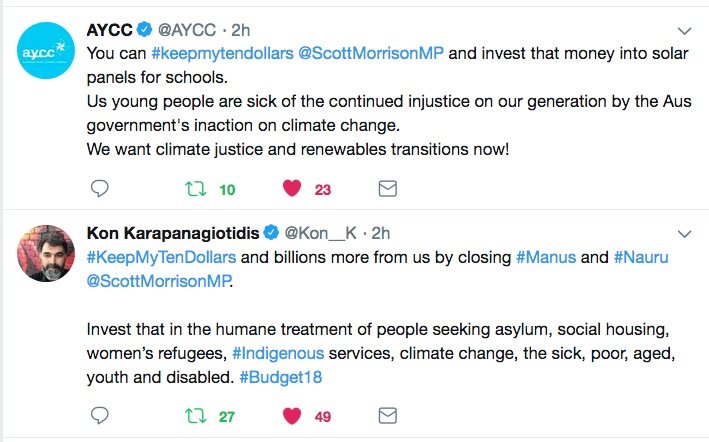 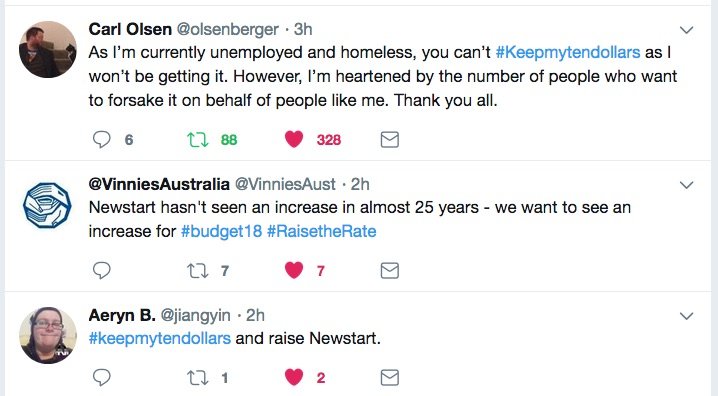 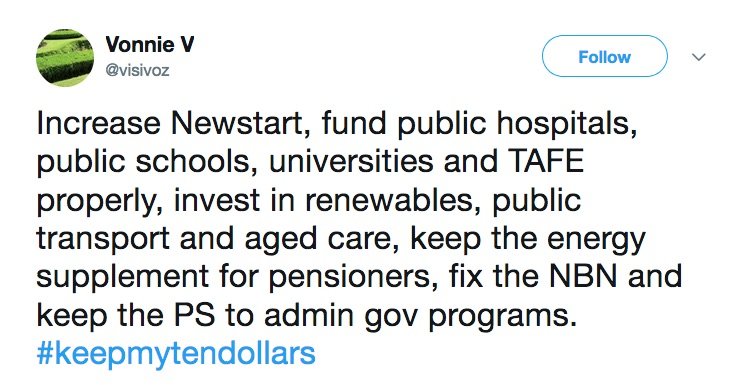 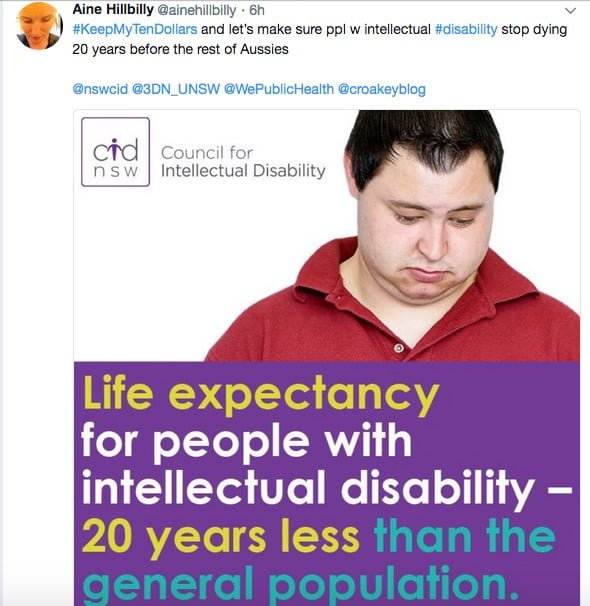 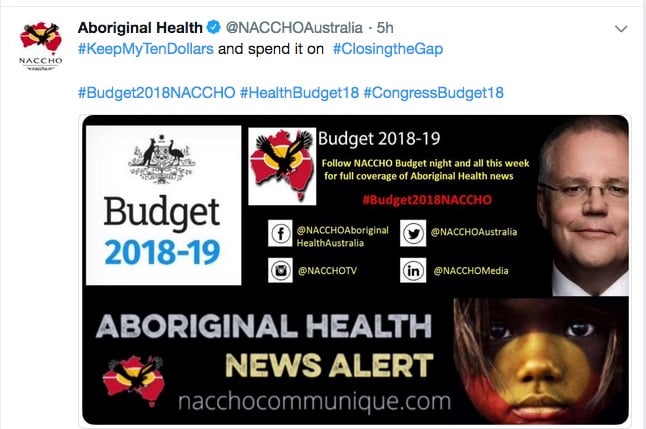 In other words, the #KeepMyTenDollars tweeters seem generally supportive of action to address the social determinants of health and health inequities.

The PHAA CEO Michael Moore said the Budget’s taxation announcements were “a token attempt to divert attention from the Government’s substantial and ingrained support of corporations over the welfare of the general population”.

Tonight’s Budget is symptomatic of public policy in Australia increasingly failing anyone other than the few sitting at the top of the heap. The tax offset for low-income earners will mean some people receive an extra $300-500 dollars a year.

How this matches up against significantly reduced living costs for the average Australian household remains to be seen.

Wage growth continues to stagnate, house prices rise and the primary healthcare system is more and more inaccessible to low-earners. Financial sweeteners this small do not make up for continual occurrence of illness, particularly in low-income households.

The proposed corporate tax cuts of 25% would amount to $80 billion in lost revenue for the Government and will wind up in the hands of a tiny minority.

In the meantime, $3.5 billion is supposed to satisfy the millions of middle and low-income workers through the Low Income Tax Offset mechanism. How much more clearly can the Government demonstrate it prioritises the interests of big business over the health and welfare of ordinary Australian people.

This superficial focus on personal tax relief is an attempt to guild a thin facade over the growing wealth divide and related social and health inequalities in Australia. The offset has been presented as the best way to provide relief to the largest number of taxpayers below a certain income threshold. While objectively true – this does not translate to a markedly fairer distribution of wealth.

There is continued talk of strengthening the Australian economy and limiting debt. While business is central to productivity, it’s the Australian people who provide its workforce. These workers are the real engine driver of productivity. Without a healthy population you cannot have a strong workforce, and this Budget fails to ensure that low-income Australians can meet basic living needs and healthcare costs.”

The Budget has been a missed opportunity, with the Government failing to start the transition of the $8 billion Private Health Insurance Rebate towards expenditure on our public hospitals.

This is a fundamental health equity issue. The rebate favours the well-off in our community when the greatest need is for those who are unable to access health treatment in our public hospitals due to inadequate funding.”