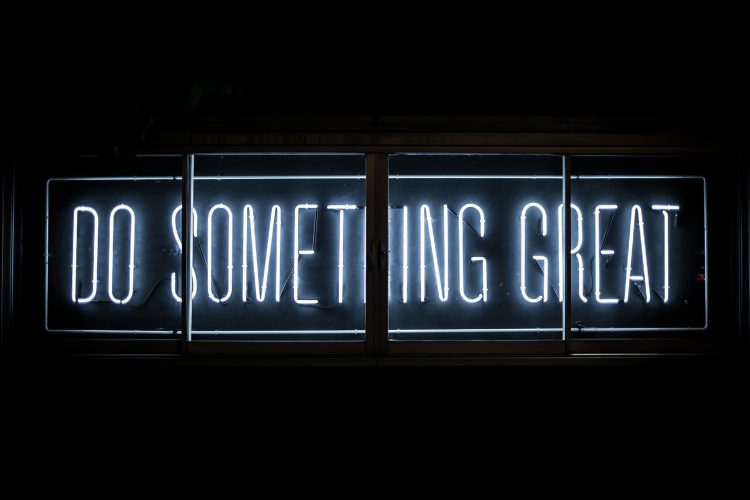 Never waste a crisis... Photo by Clark Tibbs on Unsplash

Introduction by Croakey: We have previously published extensively about the decline in Australia’s media landscape, including the concentration of media ownership, failure to regulate digital platforms, the lack of diversity and lack of support for Indigenous media and the demise of specialist and local journalism.

We believe these factors have resulted in poorer quality reporting on health issues and are undermining Australia’s ability to combat serious health threats such as climate change and the COVID-19 pandemic.

It is also particularly important in an election context where the lack of diversity and poor reporting on health (and other policy) issues does not equip voters to make informed choices, undermining the democratic process.

Responding constructively to criticism and reflecting on your own biases is an important part of being a journalist or commentator but this does not occur often enough. One recent exception is the ‘mea culpa’ from economist Jason Murphy following an article he wrote in Crikey last week.

While social media is clearly taking some of the attention away from traditional media, this recent article in The Conversation argued that mainstream media is still an important influence over the outcome of Australian elections. Writing in The Guardian, Adam Morton outlined an example of how this is occurring in the current election, with News Corp misrepresenting a Labor election commitment on renewables.

These concerns are not unique to Australia or even particularly new; United States journalism professor, Jay Rosen, has written extensively about “horse-race” journalism, which trivialises the political process by framing it as a game or sporting event.

In the interests of a more informed election debate on health, Croakey writers have compiled these tips and traps for media organisations and journalists.

Most health issues are complex and it’s important to include more than one point of view when reporting on health issues. In particular consider including the perspectives of people who use healthcare. They often have a very different experience of health policies, programs and services to that of providers. The voices of people with lived experience are so important and often they raise issues that are generally neglected in health coverage, such as transport difficulties accessing healthcare, and safety and quality concerns including the importance of cultural safety.

When journalists consciously put First Peoples first when reporting health issues, then it opens the door to including multiple cultural perspectives, rather than centring monocultural approaches. Indigenous knowledges and thinking have so much to offer healthcare and health policy generally, including through supporting more holistic understandings of health and wellbeing that help to shift us beyond purely biomedical responses to complex health issues. Improving health and healthcare is rarely as simple as a single solution, like access to a medicine. It also involves caring for Country and considering planetary health.

When looking for other perspectives on health issues, privilege the voices of people currently under-served by health policy and politics, for example, Aboriginal and Torres Strait Islander people, people with disability, people with mental illnesses, people from diverse cultural and linguistic backgrounds, people living in rural and remote areas, people in aged care, people in prisons and people on low incomes. Too often these groups are ignored by the mainstream media and have to do their own journalism to get their voices heard, for example in this article by writer El Gibbs.

Doctors are an important provider group but only one of many. Consider including perspectives from other healthcare providers such as nurses, pharmacists, allied health workers, Aboriginal Health Workers and public health professionals. When including a medical perspective think about the most appropriate medical group or expert to contact.  The Australian Medical Association (AMA) has a high profile but it does not represent the majority of doctors (only around 30% of practicing doctors). Medical colleges have greater expertise than the AMA in their areas of speciality and are often more representative of the views of doctors in their particular area. Other doctors’ groups worth considering include the Doctors Reform Society and the Rural Doctors Association of Australia.  Doctors working in academia as teachers and researchers can provide a more independent perspective than those affiliated with a specific professional interest group.

Current health debates do not happen in a vacuum. There is a long history behind most health issues being discussed during the election campaign and most of the policy solutions on the table have been proposed or tried in the past in some form or other. Understanding the background to a current policy or funding commitment brings an important perspective to reporting on these issues. Don’t just accept politicians’ announcements at face value and reproduce media releases from interest groups without challenging them. Ask deeper questions: Is this a new announcement/ new funding? Is funding amount per year or for a longer time period? What’s the need for this spending? Are there alternatives to the proposal that would be more effective/efficient? What role have vested interest groups played in influencing this announcement? What is the history of this issue?  Is it well targeted?  If you don’t know the answer ask an expert.

Health is consistently one of the top priority issues nominated by voters at election time. It is also a significant investment of public resources and an area over which governments have a great deal of influence. The media plays an important role in providing information to the community about health election commitments and in increasing the accountability of politicians and potential governments. To do this well requires the specialised knowledge and experience of health journalists. This is lost when the health round is covered by political journalists.

One of the greatest threats to the health of our community is climate change but this is rarely reported on in mainstream reporting on health election issues. It’s important to put any election announcements in the context of the future we are facing of ever-increasing climate disasters and to highlight how this can be mitigated with urgent action.

9. Include social and cultural determinants of health

Don’t limit health reporting to health services. The most important determinants of health lie outside of the health system. Social determinants such as poverty, housing and food insecurity will influence the health of the community more than a new drug or hospital so ensure these are covered as critical health election issues. Likewise, to cover Indigenous health issues requires consideration of the cultural determinants of health. Ultimately addressing health inequities is a matter of social justice. If journalists doesn’t explicitly address inequities, they risk making them worse by upholding existing power dynamics.

Croakey has an extensive archive of articles on all of the health issues being discussed in this election campaign – check our categories for topics such as mental health and health reform, for example. These articles include diverse voices and interests and will provide valuable background to election announcements. This is particularly important given the current diminished and concentrated mainstream media landscape. Reduced budgets for mainstream media means that journalists often do not have the time or resources to do more than a superficial story on many health issues. Supporting media policy reform and public interest journalism will help ensure that media organisations and journalists have capacity to delve more deeply into important health issues and provide the community with more complex and nuanced perspectives. Public interest journalism also provides a platform for less powerful and well-resourced voices to have a say on important health issues.

To illustrate our points above, we have collected some examples of recent media reporting on health issues which we feel are overly simplistic, lack nuance, fail to include important consumer and diverse voices and ignore major health threats such as climate change.

In contrast we would like to acknowledge these examples of high quality reporting which take a complex and balanced approach to current health issues, include a range of under-represented voices and centre consumers rather than providers or governments when discussing social policies and programs.

We thank and acknowledge other Croakey colleagues who provided suggestions, including Associate Professor Lesley Russell and Alison Barrett. Also see a selection of tweets on media coverage and the election in The Election Wrap.

See Croakey’s archive of stories about public interest journalism as a determinant of health.