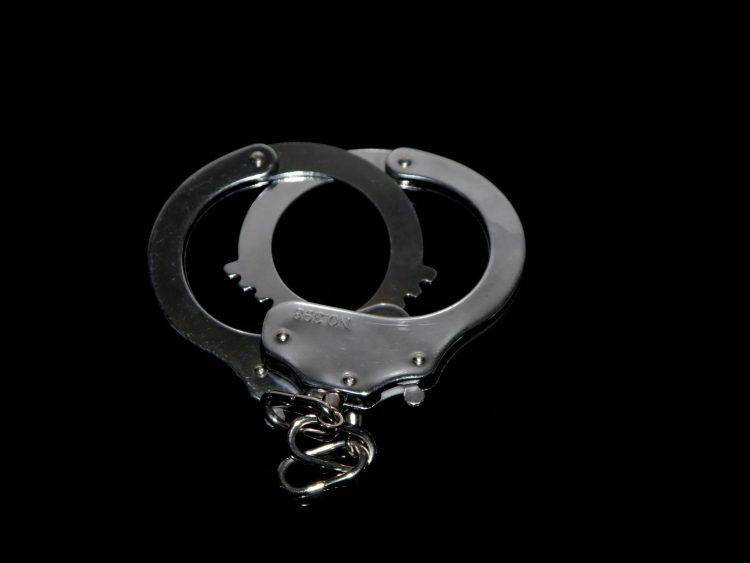 "Many detained asylum seekers are handcuffed when going to and from off-site medical appointments." Image by Jörg Husemann from Pixabay.

Introduction by Croakey: A landmark test case is highlighting the excessive use of force in Australian immigration detention centres, according to the Public Interest Advocacy Centre (PIAC).

Yasir*, an asylum seeker with a history of severe torture and childhood abuse, has been unable to access health care when the detention centre staff use handcuffs to transport him offsite to medical appointments.

PIAC is representing Yasir in the case, which is being financially supported by the Grata Fund and John and Mary Walker.

“More and more, we are seeing vulnerable, sick and otherwise cooperative detained asylum seekers, subjected to harmful and degrading practices which result in significant delays and disruptions to medical care,” she said in a statement.

“Yasir’s case shows how mistreatment of mentally ill asylum seekers happens on a daily basis. There are humane and effective alternatives to handcuffs and body belts which reflect the principles of legality, necessity, proportionality and accountability.”

My name is Yasir and I have launched a legal case to try and help detained asylum seekers like me get access to healthcare without being forced to wear handcuffs.

In 2013, I fled my country of exile because I had no status as an ethnic minority and was constantly targeted by police and authorities.

More than two decades earlier, I was deported from my country of birth with my family – we were imprisoned as ‘enemies of the state’ for two years when I was a small child and I was tortured by prison guards who kept me in handcuffs. I saw them do the same to my family and others.

The things that happened in jail changed me forever. That nightmare continued when my family was deported to a neighbouring country. We stayed more than 10 years in a ‘foreigners detention centre’ and suffered extreme poverty and violence there.

I can’t even look at handcuffs without feeling like I’m going to have a seizure.

When we were released, we were given no support and had to apply for the equivalent of bridging visas every year.

I had no formal status and wasn’t allowed to work, study or marry legally; I couldn’t do simple things like get insurance or register a car in my name. If I was picked up by police on the street, I had no rights and was often taken into custody.

I fled to Australia in 2013 when the constant persecution made life impossible; I became very sick mentally. Like many people seeking protection in Australia, I now know I have Post Traumatic Stress Disorder.

When I arrived on Christmas Island and saw the guards and high fences, my first thought was “not again!”.

For the past seven years in Australian immigration detention, I haven’t slept much because of the nightmares and I have constant traumatic flashbacks.

People are often surprised that many detained asylum seekers are handcuffed when going to and from off-site medical appointments.

I have asked many times for it to stop. Many doctors and counsellors have written reports saying that I should never be restrained like this because it is too re-triggering for me.

I have made many complaints, but I have never been told why handcuffs are necessary, nor why there are times when I can go without restraints.

Human rights experts like my lawyers at the Public Interest Advocacy Centre (PIAC) as well as the Australian Human Rights Commission and Commonwealth Ombudsman have found that restraints are often misused against detained asylum seekers and can amount to excessive use of force.

For the past seven years in Australian immigration detention, I have lived with mental and physical pain everyday but I refuse every medical appointment where the guards want to handcuff me.

Even though I have missed important investigations and treatment, I would rather die than agree to handcuffs. I am not refusing treatment, I want treatment for my mental and physical health issues, but I cannot receive treatment in these circumstances.

I want to challenge the use of handcuffs and restraints so people in detention can get medical care without suffering further trauma. That’s why I am taking the Australian Government to court under the Disability Discrimination Act. I’m also challenging the legality of handcuffing generally, under the Migration Act to try help change the system.

* Yasir is aged 43, and his name has been change to protect his privacy.

Yasir’s story was provided to Croakey by the Public Interest Advocacy Centre.

*** This story was updated at 4.10pm on 25 November. Some wording in the second paragraph has been changed, and an acknowledgement of the support of John and Mary Walker was included. ***

PrevPreviousAustralia lagging on climate action, inequality, but the time is right for reform
NextChildren may transmit coronavirus at the same rate as adults: what we now know about schools and COVID-19Next