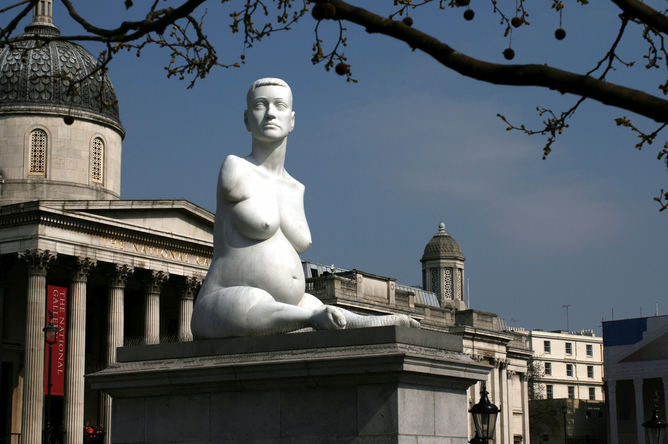 Thalidomide caused thousands of miscarriages in the late 1950s and early 60s and left more than 10,000 children severely disabled. Around 3,000 survivors are alive today.

This week, The Conversation ran a 13-part series on the history of the scandal, the lives of survivors, the drug’s legacies, and its current uses. See the summaries below, but first, this infographic will give you a quick overview:

Remind me again, what is thalidomide and how did it cause so much harm?

Thalidomide was developed in an era of widespread enthusiasm – but little critical attention – for pharmaceutical therapies.

Arthur Daemmrich, Director of the Lemelson Centre for the Study of Invention and Innovation at the Smithsonian Institution, writes:

From 1956, scientists tested the drug on healthy adults, patients complaining of anxiety or sleeplessness, nursing mothers, patients with mental illnesses, and children. Studies published in German medical journals reported participants were pleased with thalidomide’s sedation and suffered almost no hangover effects or other side effects.

Thalidomide caused thousands of spontaneous abortions and left more than 10,000 children severely disabled. What guarantee is there that the same thing can’t occur again today?

Sarah Ferber, Associate Professor of History at the University of Wollongong, writes:

To answer that question, it’s important first to acknowledge that the effects of the drug on survivors never ended. For them it’s not about recurrence; the thalidomide scandal is still happening. Survivors now experience the early onset of age-related conditions such as osteoarthritis, joint mobility issues and coronary heart disease.

Why did thalidomide’s makers ignore warnings about their drug?

Thalidomide’s manufacturer, Chemie Grünenthal, marketed the drug as safe for pregnant women despite reports it was causing malformations in newborns. Why such blatant denial?

It took until 1962 for the pill to be banned in most countries and decades of extensive legal battles ensued. More than half a century later, the thalidomide crisis is continuing to shed insights on pharmaceutical ethics, scientific integrity and professional wrongdoing.

Why did thalidomide survivors have such a tough time getting compensation?

Decades have passed and yet the issue of financial compensation for the remaining “survivors” of the thalidomide tragedy has, in many instances, remained unresolved.

Victims of medication-related injuries face significant challenges in obtaining compensation. They include time barriers, difficulties proving the drug was responsible for the disability and obtaining sufficient evidence to prove a pharmaceutical company was negligent.

In Conversation with journalist, author and thalidomide campaigner, Harold Evans

Sir Harold Evans, editor of Britain’s Sunday Times during the 1960s and 70s, led a major campaign to support of the victims of thalidomide. He talks to Richard Sambrook, professor of Journalism at Cardiff University, about the paper’s moral campaign against thalidomide’s manufacturers, the fight for political validation and the rise of investigative journalism.

Society is also to blame for thalidomiders’ worsening health

Survivors whose mothers took thalidomide during pregnancy are still struggling to gain compensation and are experiencing a new range of ageing-related conditions, exacerbated by their disability.

Thalidomide narratives focus mostly on the “tragedy” of the drug’s effects. But society’s reactions to thalidomiders’ bodies and needs significantly contributed – and continue to contribute – to their negative well-being and worsening health.

In December 2013, a class action by Australian and New Zealand victims of the drug thalidomide reached an A$89 million settlement with Diageo, the company that now owns Distillers, which distributed the drug in the region. Michael Magazanik was one of the lawyers involved in the case and wrote the book Silent Shock based on that work. As part of our series on thalidomide, he spoke to Ian Freckelton about his research for the case and his book.

Regulations have improved since thalidomide but drug scares are still possible

Tighter regulations of medicines and devices have prevented countless deaths and disabilities. But regulation can’t always protect us from harm.

Wendy Lipworth, Senior Research Fellow in Bioethics at the University of Sydney, writes:

The best we can hope for is that our systems of checks and balances will continue to be refined so that the “thalidomides of the future” will be caught and addressed as early as possible.

Thalidomide is making a comeback: what Africa needs to do to prepare

Thalidomide is making a comeback in Africa. But is the continent equipped to handle this controversial drug?

If the current South African clinical trials are indeed a medical breakthrough, this will be a major redemption for a drug which has previously proved disastrous or less effective than safer treatments. The turnaround will also come at a time when the need to improve and expand AIDS and TB treatments remains urgent, and when the incidence of cancers is significantly on the rise.

The thalidomide tragedy changed how medicines are viewed during pregnancy – not only by pregnant women, but also the wider community.

Treasure McGuire, Senior Lecturer in Pharmacy at the University of Queensland, writes:

Thalidomide: the drug with a dark side but an enigmatic future

Thalidomide is notorious for causing death and disability but it – and its derivatives – are proving useful for conditions such as leprosy.

Neil Vargesson, Senior Lecturer in Developmental Biology at the University of Aberdeen in Scotland, writes:

Recent work has shown that the drug is able to inhibit the formation of new blood vessels, induce cell death as well as bind to molecular targets such as cereblon, a protein that alters the function of other molecules to regulate signalling, are all likely responsible for the birth defects the drug caused.

This series was originally published on The Conversation. Emil Jeyaratnam and Sasha Petrova produced the infographic and the timeline of key events.