The “7 truths of resiliency” – decolonising HIV research in Canada 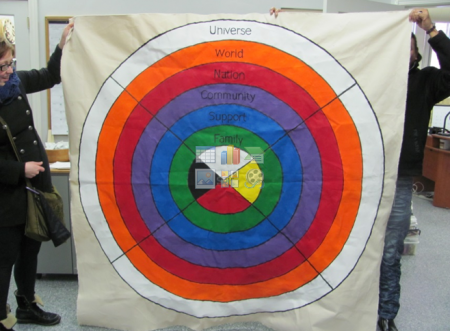 A Canadian Aboriginal project looking to map the resiliency of Aboriginal men who have lived with HIV and AIDS for ten years or more posed just one research question:

“How are you living well with HIV?”

Art Zoccole, Executive Director of the 2-Spirited People of the First Nations in Canada – a social service group for  Aboriginal gay, lesbian, bisexual, and transgender people in Toronto – said there had been little research on what built resilience in Indigenous people living with HIV.

“There’d been a lot of research focused on the negative parts: what substances do you use, what is making you sicker than you need to be. We want to try to turn that around and focus on the positive side of what people are experiencing.” 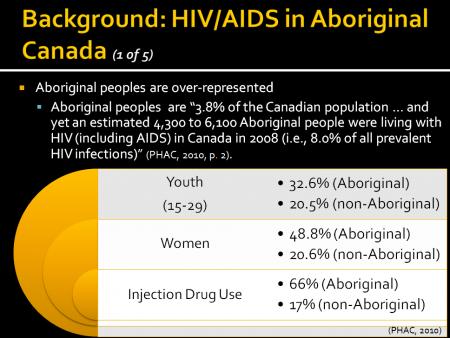 Zoccole, who himself is living with HIV, said the background to the project is the over-representation of Aboriginal people with HIV in Canada, and the likelihood of poorer outcomes.

Canada’s First Nations people are more likely to have:

What was missing was information about resiliency, strengths, and assets about 2-spirit people, who Zoccole explained, were honoured and revered in traditional North American Indigenous cultures, seen to carry both male and female spirits and looked upon as a third gender in many cases.

Two-spirit is, of course, an English term: Zoccole’s own gender awakening came when he was 14 and his mother told him he was an ogo kwe, or ‘wise woman’, but the days of honour were well past with colonisation, and 2-spirited Canadian Aboriginals have dealt with significant discrimination. 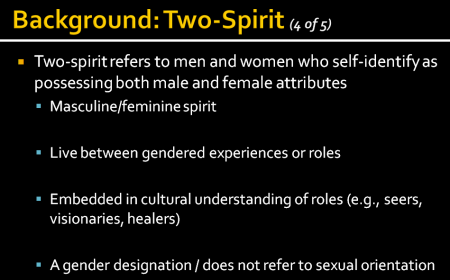 The Two-Spirit HIV/AIDS Wellness  and Longevity Study (2-SHAWLS) has involved 14 First Nations and Métis people who have lived long-term with HIV and identified “seven truths of resiliency”: 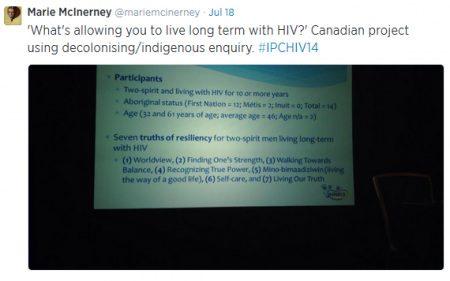 Fuller findings will be released next month at the project website but it was the “indigenising” of the research that was the focus of presentations to last week’s International Indigenous Pre-Conference on HIV and AIDS.

Zoccole said the study team involved academic and non-academic Aboriginal and non-Aboriginal members and sought to “bridge the gap” between western and Indigenous knowledge and methods.

It had its challenges from the literature review on, trying to determine whether or not published research included participatory, decolonising and/or Indigenous methodologies and whether or how ceremony was used in research settings.

“The challenge of working with non Indigenous people is trying to explain our worldview to them, so when we present this stuff back to our communities and they can see it, that’s the beautiful part.”

The project developed the concept of a Medicine Wheel to both collect the views of the study participants and to be able to describe them back to other communities, focusing on mental, emotional, social, spriritual and physical responses to that one research question.

Sharing circles were facilitated by an academic and a spiritual or traditional person.”People sat around that medicine wheel and the question was asked: “How are you living well with HIV?”

He hopes the 1380 quotes placed on the Medicine Wheel will also help to bridge the gap in health outcomes for Aboriginal people with HIV in Canada. 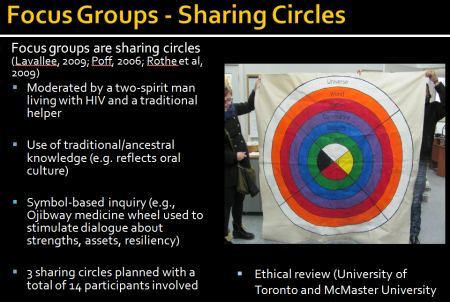 Doris Peltier from the Canadian Aboriginal AIDS Network (CAAN) also talked about the importance of language and narrative to address stigma and protect identity.

As a First Nations woman with HIV she had heard people in her community whispering that “she has a dirty disease”, while as a researcher she observed the language used to describe Aboriginal people with HIV: “infected, high-risk, overrepresented”.

She said a Visioning Health project that was designed to combat the paucity of research on what it means to be ‘healthy’ in the context of living with HIV/AIDS for Aboriginal women had been so empowering that is was “really an intervention. Women were able to own their resilience,” she said.

“Other people are telling our story but they’re focusing on the disease and all the dysfunction,” she said, urging Indigenous people to resist post-colonial narratives and language. “That’s my message in terms of women: we are the medicine.”

The Native Youth Sexual Health Network (NYSHN), which works across issues of sexual & reproductive health, rights, & justice by & for Indigenous youth in North America, did some great tweet reporting from AIDS 2014 on a session: Decolonising HIV: Responses of Indigenous People in Getting To Zero (Infections, AIDS-related deaths, discrimination).

The audience asked a range of questions, including:

Here are some of their tweets. 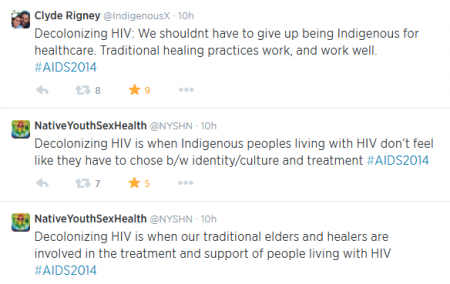 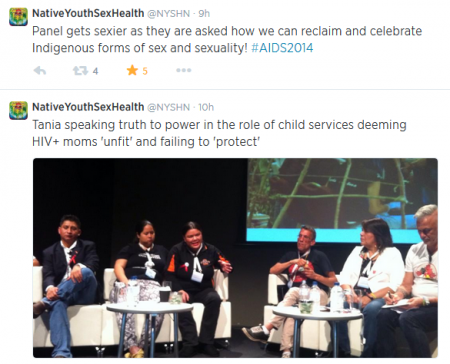 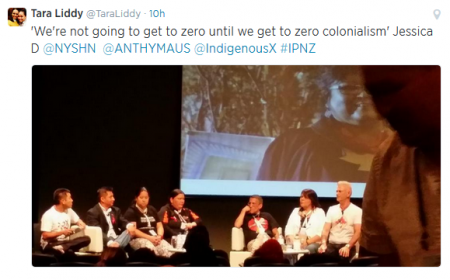 PrevPreviousSuicide prevention needs to be a priority during times of austerity: #NSPC14
Next“I just want somewhere safe and clean for my child.”Next