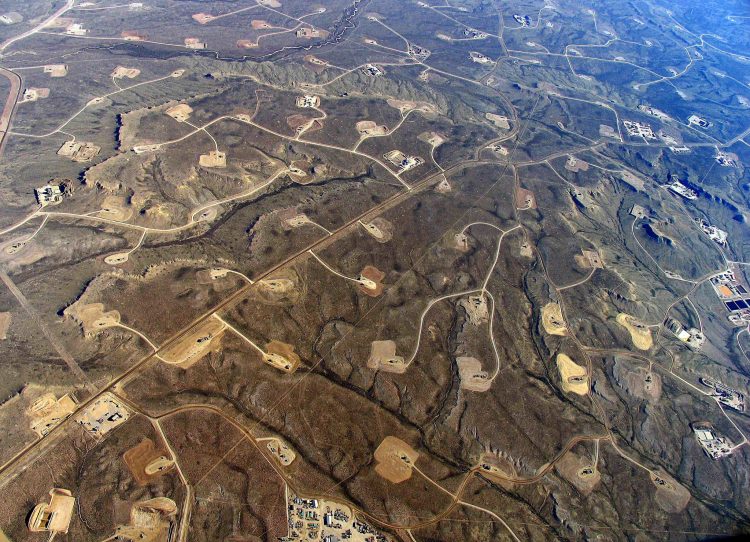 Introduction by Croakey: Australia’s conservative government has made much of a ‘gas-led recovery’ from the novel coronavirus pandemic, plans that put it at odds with a growing global consensus away from fossil fuels given fresh impetus by this week’s IPCC climate report.

The Sixth Annual Assessment Report, published Monday by the Intergovernmental Panel on Climate Change, makes the case for unequivocal and unprecedented anthropogenic shifts in the climate that will accelerate in the coming decade to a catastrophic tipping point.

It prompted renewed calls from world leaders including UN Secretary General Antonio Guterres for a swift and sustained move away from fossil fuels, leaving mining-beholden Australia increasingly isolated on the world stage.

In this piece published in The Conversation, Professor Melissa Haswell, Francis Nona and Associate Professor Megan Williams outline the health and social impacts for Aboriginal and Torres Strait Islander communities of plans for unconventional mining, or fracking, in the remote Northern Territory.

Aboriginal and Torres Strait Islander people have been repeatedly harmed by policies and decisions that drive systematic dispossession, disempowerment, overincarceration and poverty.

Dr Janine Mohamad and Zoe Staines and colleagues highlighted the breadth of cultural determinants of health that were unaddressed in the government’s Closing the Gap package. They provided examples of “how government policies continue to create damage that must later be healed”.

Many Traditional Owners of Northern Territory’s Beetaloo region view the Beetaloo cooperative drilling program this way — as more harm coming to their Country, water and people.

The Beetaloo is first of five major gas basin developments advanced in the prime minister’s A$6 billion plan for a “gas-led recovery” from the economic hit of COVID. The plan, currently under examination by a Senate inquiry, would vastly expand unconventional oil and gas production using hydraulic fracturing (fracking), adding enormously to Australia’s greenhouse emissions.

As climate change is already causing harm globally, this has been intensely criticised by Australian energy experts, doctors and international bodies.

The outcome of the Senate inquiry will significantly influence progression of gas mining in basins across Aboriginal Lands, impacting communities and Homelands.

The Commonwealth Government can’t seem to wait to “unlock” the Beetaloo – pledging A$50 million in fracking grants in the NT, including A$21 million in taxpayers’ money to Empire Energy, to expedite exploration.

There are many serious health concerns associated with opening up remote parts of Northern Territory to the oil and gas industry, including the largely ignored links with sexual and physical violence experienced by Indigenous women and children in North America.

Read more:
Remote Indigenous Australia’s ecological economies give us something to build on

For over ten years, the authors here (along with our colleague Emeritus Professor David Shearman) have been translating research to government decision-makers and community groups.

Our research has been communicated extensively to the NT Government in multiple written submissions, oral presentations, letters, and to the NT chapter of the Royal Australian College of Physicians.

Our most recent submission to the Beetaloo Senate inquiry described international evidence of serious health harms including:

These unwelcome messages were ignored in the NT fracking inquiry report and the subsequent Strategic Regional Environmental and Baseline Assessment (SREBA) framework.

As remote Aboriginal Territorians already experience much higher burdens from these conditions, it follows the Beetaloo region would experience even more health loss if exposed to the hazards of gas mining.

These hazards include ozone and tiny particles in inhaled air and many chemicals capable of disrupting people’s endocrine systems in both the air and water.

Besides direct physical health impacts, the industry has an enormous environmental and social injustice footprint.

Many experts question the capacity, cost and commitment to procedural justice required to effectively monitor regulatory compliance through decades of mine expansion, production and well decommissioning.

Read more:
Fracking can cause social stress in nearby areas: new research

There is little research on the impacts of shale gas mining on Indigenous people specifically. As a result, affected Indigenous communities have had to raise their own voices about their experiences and concerns.

In 2015, a coalition of Native American and women’s organisations requested intervention by the United Nations Expert Mechanism on the Rights of Indigenous Peoples for protection against “the epidemic of sexual violence brought on by extreme fossil fuel extraction in the Great Lakes and Great Plains region” in North America.

In 2019, the Canadian National Inquiry into Missing and Murdered Indigenous Women and Girls quoted Melina Laboucan Massimo of the Lubicon Cree First Nation:

The industrial system of resource extraction in Canada is predicated on systems of power and domination. This system is based on the raping and pillaging of Mother Earth as well as violence against women.”

A recurrent theme in the current Beetaloo inquiry has been whether potential health risks experienced elsewhere would be likely occur here if the project in the Beetaloo Basin proceeds.

In response, we highlight the combination of circumstances accompanying oil and gas developments that heighten the vulnerability of any community.

We also urge recognition of the specific, compounding factors faced by the people who live in the Beetaloo. These include:

Construction and drilling workers — most being male fly-in, fly-out contractors — will build and service these facilities. Research shows these workers are separated from their families and have well-paid but stressful, sometimes dangerous jobs.

Recent reports of alleged sexual violence against female mine workers in Western Australia causes concern for the well being of women and children in remote areas.

We see no assurance to date that concerns raised here are being taken seriously, and hope this Senate committee is listening to all the incredible Aboriginal people from remote Beetaloo communities that are standing up and speaking out.

We need to respect their calls to protect their communities and Country, and address the potential damage that awaits unless we take action. As we know from history, as important as they are, reparations do not heal deep wounds, especially those easily foreseen.

PrevPreviousBehind the scenes of a powerful campaign: a case study in effective advocacy
NextAlcohol marketing and digital platforms: stronger regulation is requiredNext