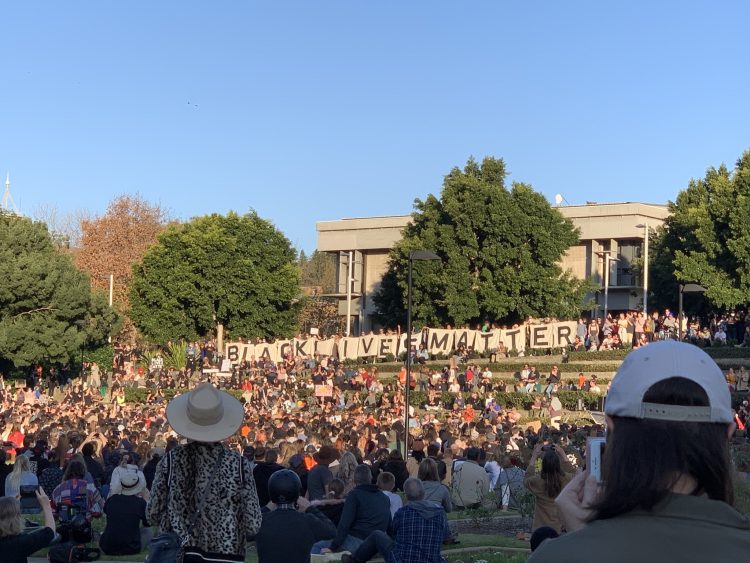 The benefits of a national coronial inquiry clearinghouse

Introduction by Croakey: At a time when former prime minister Tony Abbott can be awarded an Order of Australia for his “significant contribution … to the Indigenous community”, it’s hard to remain positive that change is possible.

But there are plenty of good ideas of how to shift the structures in society to provide greater protection to Aboriginal and Torres Strait Islander people in custody. Here’s one.

A proposal for a national clearinghouse of all findings and recommendations from coronial and other formal inquiries into deaths in custody, tied to all the published responses from state and federal authorities affected by or subject to the recommendations, has real merit.

The proposal comes from Justice Action, a long-standing activist group representing people detained in prisons and hospitals. It suggests “a new database system … to include coronial findings on deaths in custody and recommendations from all Australian jurisdictions, distributed nationwide, as well as published responses from state and federal authorities who are affected by the recommendations.”

Establishing such a database, or adapting the way NCIS’ existing database can be accessed, would take time. There are ethical issues to work through regarding information that some families might not want made public, And there are sure to be difficulties that are not obvious to those who don’t know it intimately, like me. But these issues are not likely to be insurmountable.

The proposal was put forward in February, and is gaining traction in light of Australia’s reawakened interest in deaths in custody, prompted by sad death of George Floyd at the hands of a policeman in the US.

It forms a backdrop to petition from change.org.au with more than 40,000 signatures to Prevent deaths in custody caused by improper restraint.

One of many many ways to reduce deaths

The proposal is just one of the many many ways Australians could learn from the more than 400 Indigenous deaths in custody, in efforts to prevent another Aboriginal and Torres Strait Islander person dying in such terrible ways. These figures are drawn from investigations by The Guardian, which recently reported that:

So the deaths of some of these people could probably have been avoided if hospitals, police, watch-houses, remand centres and prisons acted in accordance with their own agreed, policies, procedures and protocols.

But in other cases, it is possible that people have died because lessons learnt in one situation have not been passed on or taken up by others. For systems and organisations with an eye to quality improvement, learning from failings is always important.

The obvious place to start is the National Coronial Information System, or NCIS. It began in 2000 as the world’s first national web-based system of coronial information. In 2017 Eva Saar, then manager of strategy and development at the NCIS, wrote proudly of the flexibility and positive impact of the NCIS, which at that stage had data on 328,000 completed coroners’ investigations across Australian and New Zealand.

“Information has been provided to coroners, ministers, government agencies, researchers, non-profit safety organisations, media and private companies. These data have helped inform manufacturing changes, regulatory changes, awareness campaigns, suicide prevention initiatives, and coronial recommendations, all performed with the key objective of reducing death and injury in the community,” she wrote.

“The NCIS provides a research consultancy service, free of charge, for coroners and their staff, which involves the preparation of statistical data reports that can be tabled in court, and also provides assistance in case identification. These activities assist coroners and death investigators to uncover mortality trends and identify similar cases in order to formulate effective recommendations.”

Active relationships with other agencies

The NCIS has significant active relationships with other agencies, for the good of the nation. Its data forms the base of the:

According to Eva Saar, the NCIS has helped to support the introduction of initiatives designed to prevent deaths in the community, including those concerned with:

The picture presented is of a nimble, forward-thinking expert service willing to work with others for the public good. So with all of that, and its track record in working with governments and researchers for two decades, Justice Action must have been surprised at the NCISs’ blunt response to the suggestion that it work cooperatively with members of the public to reduce deaths in custody.

Fiona Dowsley, director of the NCIS, wrote that the NCIS unit “does not support the proposed national database.” The bold and the underline are both in the original.

She went on to write that the NCIS “has no mandate to monitor court processes or outcomes”, in bold, although it is difficult to see why a mandate is necessary to access information that could be provided by coroners’ courts freely and cooperatively.

She also said that NCIS “does not form part of the coronial process”, again in bold. Again, an odd turn of phrase as Justice Action’s proposal is for a clearinghouse, which would not be part of any coronial process.

The question Dowsley does not answer, explicitly anyway, is whether the NCIS could see the benefit of such an approach.

Her response is in line with the current operations of NCIS, which provides free services for “death investigators” such as police, coroners and those working with them, and researchers associated with universities and government agencies. It charges others for very limited access to limited parts of the database.

Out of line with vision and mission

Nor is it line with the NCIS’ Strategic Plan 2017-21, which describes “the wider community” as a stakeholder (see page 6). That plan says: “The NCIS is recognised as providing authoritative information and we are committed to  continuing this work in ways efficient and valuable to stakeholders.”

According to NCIS’ own definitions and statements, Justice Action is a stakeholder. So, too, are all the families and friends of Aboriginal and Torres Strait Islander people who have died in custody. They deserve a better response than the one provided to date.

When he launched the NCIS the Victorian Attorney-General, Rob Hulls, said:

The NCIS represents a world first in providing an Internet-accessible database of coronial information across Australia. Coronial data is a rich source of information about the causes of preventable deaths in this country.

[The NCIS] will provide a means of accessing data in a timely way and will increase the potential for coronial information to contribute to a reduction in preventable death and injury in Australia and in doing so, it will reduce both the emotional and financial burden of lost life in our community.

The NCIS will revolutionise the way we investigate and respond to preventable deaths in Australia.”

It’s time it did that.

If you want to get further involved, you can:

Mark Ragg is director of Ragg & Co, and Adjunct Fellow in Indigenous Health at UTS

PrevPreviousLooking in on the inside: why OPCAT is needed for Australian prisons, detention centres
NextThe Health Wrap: on justice, murky research, aged care concerns, a forgotten health workforce and a tune for our timesNext