The best hope for fairly distributing COVID-19 vaccines globally is at risk of failing. Here’s how to save it

Introduction by Croakey: COVAX is a global risk-sharing mechanism for pooled procurement and equitable distribution of COVID-19 vaccines and one of three pillars of the World Health Organization’s Access to COVID-19 Tools Accelerator.

Coordinated by Gavi: the Vaccine Alliance, the Coalition for Epidemic Preparedness Innovations and the WHO, COVAX acts as a platform to support the research, development and manufacturing of a wide range of COVID-19 vaccine candidates, and negotiate their pricing. All participating countries, regardless of income levels, have equal access to vaccines once they are developed.

Australia is a participant in COVAX, along with two-thirds of the world’s countries. Yet despite the apparent widespread support, many wealthy countries are undermining this important global public health initiative by buying vaccines directly from suppliers and donating vaccines to countries which support their political and strategic interests, rather than to those which need them most. 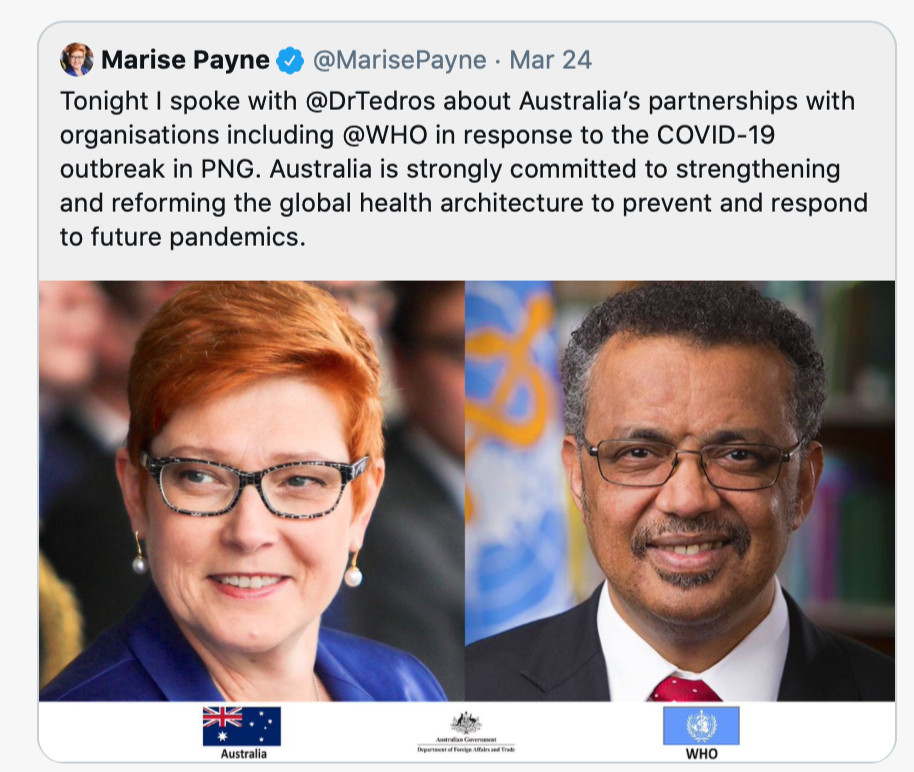 Below, Deborah Gleeson, Associate Professor in Public Health, La Trobe University, explains why COVAX is important for affluent as well as developing countries and why it could provide Australia with a vital  “insurance policy” enabling us to access a wider range of vaccines than we would obtain via direct negotiations with suppliers.

COVAX, the global initiative to coordinate the distribution of COVID-19 vaccines in an equitable way, is crucial for bringing the pandemic under control.

But COVAX’s aim of delivering 2 billion doses to participating countries by the end of 2021 — including 92 low-income countries that can’t afford to buy vaccines directly from manufacturers — is threatened by chronic under-investment, vaccine nationalism and export restrictions.

COVAX is not intended only for low-income countries: Canada has so far received 316,800 doses through the scheme. As such, it represents an important “insurance policy” for Australia, potentially enabling access to a wider portfolio of vaccines than we could secure through negotiations with suppliers.

The vulnerability of our vaccine procurement strategy has become clearer over the last few weeks, with supply blockages limiting vaccine imports from Europe and now the government’s warning about the AstraZeneca vaccine and its links to a rare blood-clotting disorder.

Saving COVAX will require more than donations (of both funds and vaccines), as well as the removal of export bans. Countries must collaborate to urgently remove the legal and technical barriers preventing more widespread vaccine manufacturing in order to increase the global supply of vaccines for COVAX to distribute.

How does COVAX work?

COVAX is led by the Coalition for Epidemic Preparedness Innovations (CEPI); Gavi, the Vaccine Alliance (a public-private partnership that aims to increase vaccination in low-income countries); and the World Health Organization.

It aims to deliver doses to all of the participating countries that have requested them in the first half of 2021, and 2 billion vaccines in total by the end of 2021.

COVAX is complex, but essentially it works by investing in a portfolio of promising vaccines and then distributing them according to a formula to both “self-financing countries” and “funded countries”.

Self-financing countries are those which have contributed funds to COVAX, such as Australia. They are able to buy the vaccines at cheaper prices negotiated by COVAX and will initially receive enough to vaccinate 20% of their populations. In the longer term, these countries may receive enough doses to vaccinate up to half of their populations, depending on how much they contribute.

Funded countries include 92 low-income countries that can’t afford to buy their own vaccines. They will also receive enough to vaccinate up 20% of their populations, provided COVAX is able to meet its goals. This is nowhere near enough to achieve herd immunity, but will at least allow health workers and the most vulnerable groups to be vaccinated.

Australia has committed A$123.2 million to enable it to purchase 25 million vaccines for domestic use.

It has also committed A$80 million specifically earmarked for providing vaccines for low-income countries. This money will be drawn from existing aid funding, however, and won’t go very far in terms of assistance.

How is the program going so far?

COVAX made its first delivery of vaccines to Ghana on February 24. By April 11, it had shipped approximately 38.5 million doses to 106 countries and territories.

While these figures might look promising at first glance, this is a long way behind COVAX’s aim to deliver 100 million doses by the end of March.

And they don’t stand up well in the context of global vaccine roll-outs. So far, only 0.2% of the 700 million vaccine doses administered globally have been given in low-income countries, whereas 87% have been received by people in high-income and upper middle-income countries.

Tedros Adhanom Ghebreyesus, director-general of the WHO, pointed out last week that only one in 500 people in low-income countries have so far received a vaccine — a situation he described as a “shocking imbalance”.

Why is COVAX struggling to deliver?

COVAX needs more funding, to the tune of US$3.2 billion even to meet its modest goals for 2021. But the supply of vaccines is an even bigger problem.

Rich countries like Australia have undermined COVAX by negotiating deals for vaccines directly with pharmaceutical companies, rather than waiting for COVAX to allocate them fairly. By last November, high-income countries making up just 14% of the world’s population had negotiated pre-market agreements covering 51% of the global supply.

Adding to COVAX’s problems, the flow of vaccine deliveries has mostly dried up in the last week.

Some 90 million doses of the AstraZeneca vaccine manufactured in India that were to be delivered to 64 countries in March and April have been delayed as a surge in COVID-19 cases prompted the Indian government to restrict exports. 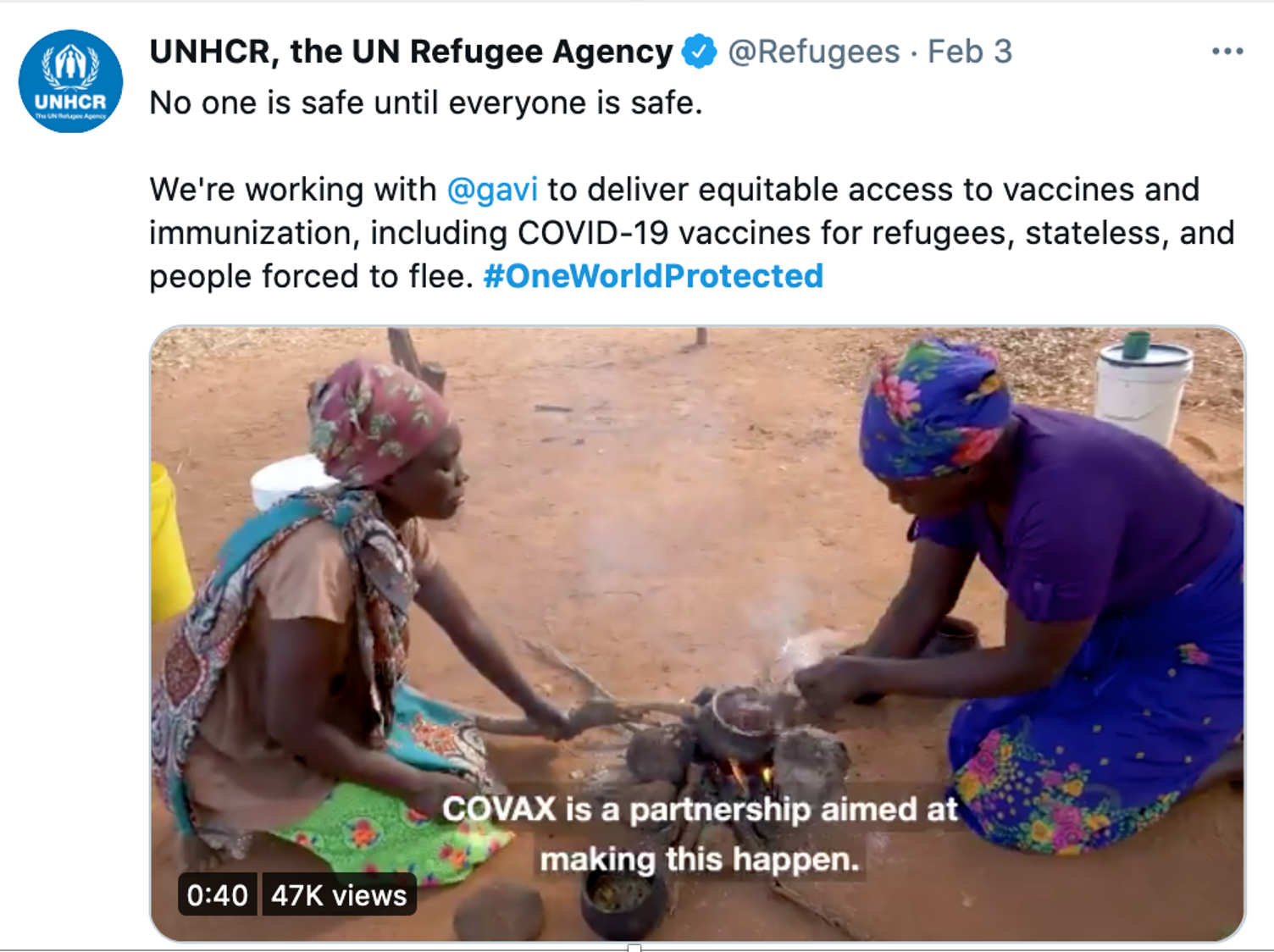 What needs to happen?

WHO has called on rich countries to immediately share 10 million doses to prop up COVAX in the first half of 2021.

But so far, no country has committed to do this. Donations that come after countries have fully vaccinated their own populations will be too late. And where bilateral donations have been made outside of the COVAX program (mainly by China and Russia), they have largely been driven by security, strategic or political considerations, rather than donated to the countries where they are most needed.

Removing export restrictions would help. But as long as demand exceeds supply and the countries where vaccines are manufactured face large outbreaks, we are likely to continue to see these types of barriers.

What is needed most are more sustainable approaches to dramatically boost the global supply of vaccines and ensure there’s enough to go around.

This first requires removing the intellectual property protections that allow vaccine developers to hold exclusive rights to control who can make and sell them.

India and South Africa have put forth a proposal at the World Trade Organization to waive intellectual property rights for COVID-19 medical products during the pandemic, which has been supported by more than 100 low- and middle-income countries. However, several high-income countries, including Australia, have blocked it.

This was set up nearly a year ago, but no vaccine developer has contributed to it yet. Governments need to make sharing intellectual property and contributing to the pool a condition of public funding for the development of COVID-19 products.

Finally, governments need to help low- and middle-income countries to produce their own vaccines. This means investing money to build up manufacturing capacities in these countries and facilitating technology transfers from companies based in high-income countries.

For COVAX to supply enough vaccines for even 20% of the world’s population, rich countries will need to step up. And fast.

Deborah Gleeson has received funding in the past from the Australian Research Council. She has received funding from various national and international non-government organisations to attend speaking engagements related to trade agreements and health. She has represented the Public Health Association of Australia on matters related to trade agreements and public health.

For more of Croakey’s reporting on COVID see the archives of our COVID wrap, prepared by public health researcher Alison Barrett.