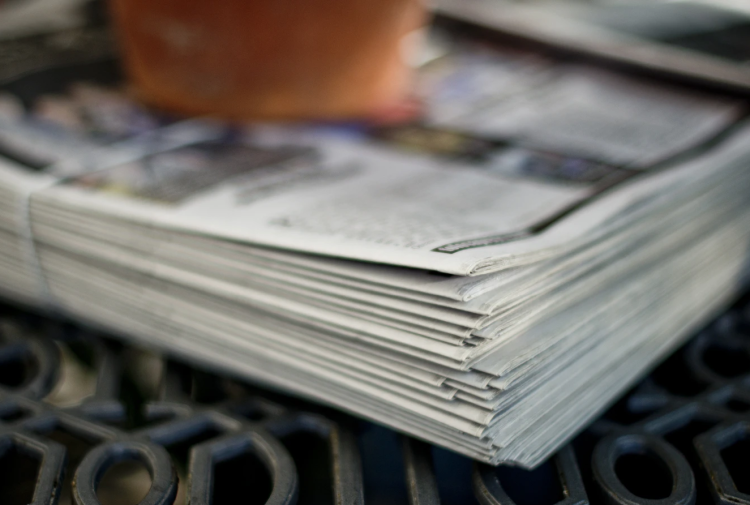 Introduction by Croakey: The recent decision by The Daily Telegraph to cancel its regular column from right-wing commentator Alan Jones, due to his anti-lockdown comments and other controversial COVID views, highlights the important role of the media in shaping public opinion on the pandemic.

Croakey has previously argued that more attention should be given to media policy as a public health issue, including greater regulation of digital media platforms and support for public interest journalism.

Research into how the media has influenced public debate over Australia’s COVID response is also critical in informing future policies and regulations.

One recent study from the University of Canberra sheds some important light on this issue. Researchers Associate Professor David Nolan, Professor Kerry McCallum and Dr Kieran McGuinness worked with media monitors Streem to identify and analyse media coverage of the pandemic throughout 2020.

They found that the role of the media changed over this period, moving from that of a consensus-based facilitator that emphasised expert scientific opinions to a more fractured and partisan player, highlighting conflict and dissent.

Overall, they concluded that the media in Australia contributed to a more tempered and responsible response to the pandemic than that observed overseas.

Everyone knows 2020 was a weird year. But was news coverage atypical too, or did it perform as per usual?

To find out, researchers at the University of Canberra worked with media monitoring company Streem to understand how Australian news media covered COVID-19 over the course of 2020.

Together, we identified and analysed the content of over 2.5 million distinct news items on COVID-19 between January and November 2020, across online, TV, radio and print.

We coded these items into different topic areas – employment, mask wearing or vaccines, for example – identifying 37 different topics. We then sorted results into categories: health, the economy, lockdowns, public transport and so on.

Finally, we sorted these categories into four broad themes relating to the pandemic. There were stories focused on providing information, about the pandemic’s impact, about people’s experiences and, finally, stories that focused on political and social conflict. The results show how media performed in an extraordinary year.

Our major finding may surprise those who assume sensational and irresponsible journalism generally dominates media reporting.

During 2020, by far the most dominant theme related to COVID-19 was information. This included stories about social distancing, tracking the spread of infections, case numbers and employment figures.

By contrast, stories about conflict were the least covered. Only about a quarter of news items addressed this theme.

While this may seem surprising, 2020 was a very different year from 2021. Australia’s initial response to the crisis was marked by political consensus, the formation of national cabinet, and widespread agreement that scientific experts needed to be taken seriously.

In the first phase of the pandemic, news items tended to focus on informing citizens. Media played a “civic” and “loyal facilitator” role in this, encouraging people to be part of a common push to keep Australia safe.

As 2020 wore on, cracks began to appear in the political consensus between federal and state authorities.

While federal authorities sought to gradually relax restrictions, most states refused to budge on issues such as state borders. Instead, they saw greater benefit in adopting an “elimination strategy” for their state.

A breakdown in consensus

While the pandemic’s early months saw “social distancing” trend as a topic, this fell sharply in the second half of 2020. Then, more conflict-based stories centred on “state borders”. Tellingly, “blame” came to the fore.

Previous research tells us that if political elites are in conflict, media usually reproduce and amplify that conflict. But in the first few months of Australia’s coverage that wasn’t the case. This was in contrast to media in other countries, especially where the politics surrounding COVID-19 was more divisive (most obviously the United States).

The Australian media’s focus on information also pushed medical officers to the fore as key sources in stories. Journalists often simply relayed information and advice from these figures.

Notably, state political leaders at times received much more coverage than their federal counterparts. Their prominence aligns with the Australia Institute’s suggestion that the COVID-19 crisis has engendered a state revival in Australian politics.

The most notable example of this in 2020 was the prominence of Victorian Premier Dan Andrews, who famously ran 120 consecutive daily press conferences during Victoria’s “second wave” lockdown. Coverage of Andrews exceeded that of Prime Minister Scott Morrison between July and October by quite a margin.

Alongside such statistics, our report looked at how the COVID-19 story developed over the course of the year. We tracked how coverage responded to the initial outbreak before gradually moving towards its own “COVID-normal”.

Overall, our research suggests Australia’s coverage in 2020 contributed to a more tempered and responsible response to the pandemic than we observed in overseas media.

By November 2020, however, two trends were notable. First, we saw a spike in coverage of the vaccine rollout, a topic that has since become a dominant focus of news discussion.

Second, we saw a retreat from the civic-minded, consensual politics of early 2020, and a return to a more fractured and partisan news environment – or what we characterise as “politics as usual”.

David Nolan receives funding from the Australian Research Council (ARC), and has been involved in ARC industry linkage research projects with The Guardian and the Australian Broadcasting Corporation.

Kerry McCallum receives funding from the Australian Research Council, the Judith Neilson Institute for Journalism and Ideas and the Australian Communication and Media Authority.

See Croakey’s archive of stories about the role of the media in health.

PrevPreviousAthletes urged to turn their backs on Olympics junk food advertising
NextDoctors in the Department of Health: on top or on tap?Next