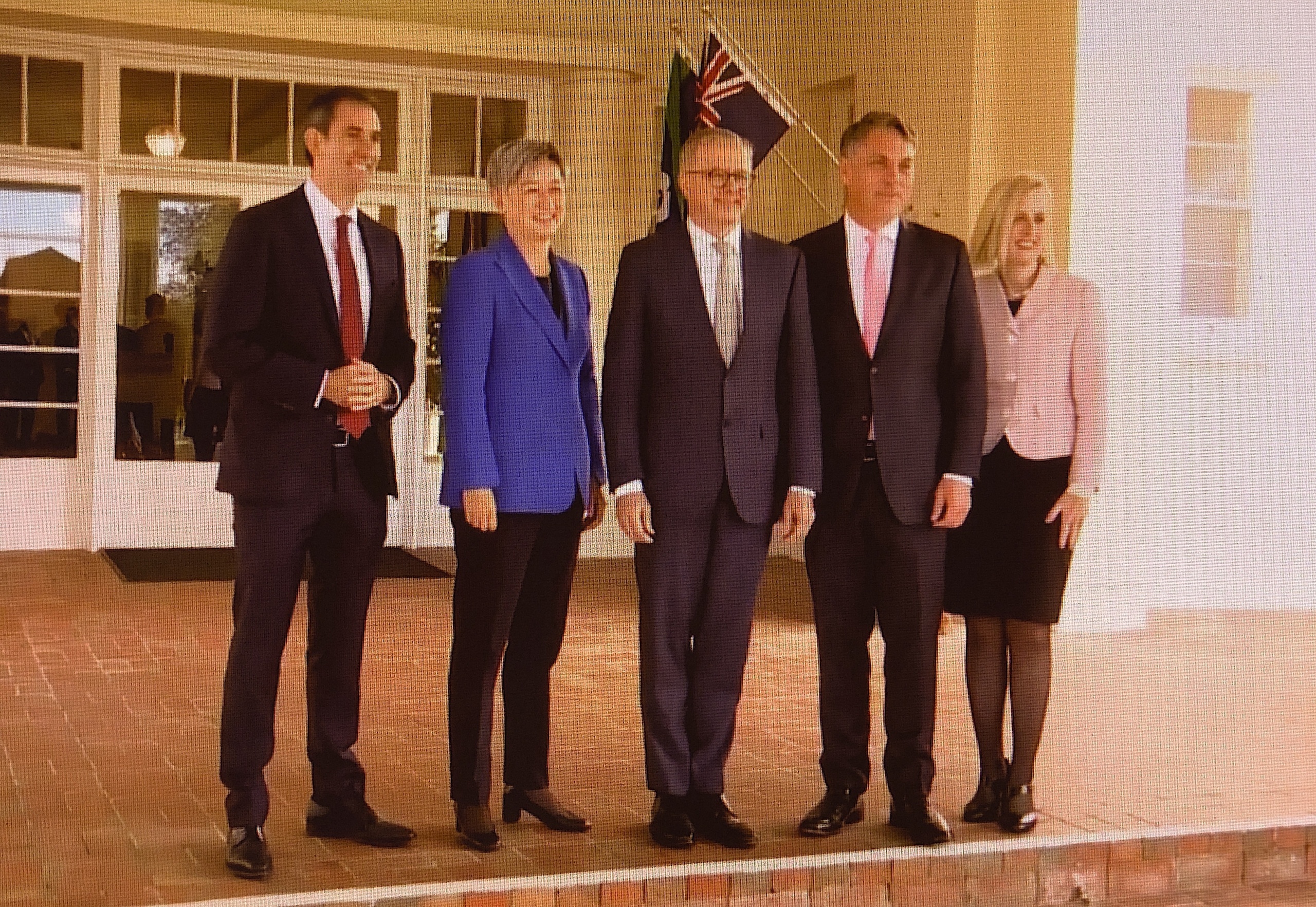 Australians have voted for action on many pressing health concerns, including the climate crisis, self-determination and justice for Aboriginal and Torres Strait Islander people, and integrity in politics through the establishment of a federal Independent Commission Against Corruption.

Health and aged care reform, and national leadership in boosting public health responses through the establishment of a National Centre for Disease Control and Prevention are also on the agenda. The Prime Minister has also signalled his intention to step up the national COVID response.

Increased diversity in Federal Parliament with stronger representation of First Nations people and women are also significant gains for the community’s health. 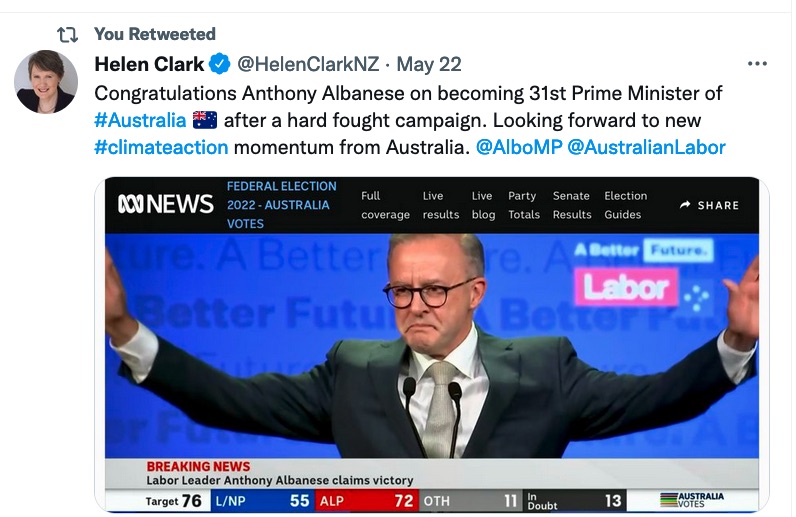 While the final composition of the new Parliament is still to be determined, there is potential for The Greens and Independents to drive more effective action on climate change and other key health issues, including oral health and poverty.

However, the challenges ahead are immense. Years of neglect across many critical areas – from the social determinants of health to climate and health, prevention, primary healthcare and the health workforce – mean the Government faces an enormous agenda and many pressures.

Writing at The Conversation the day after the election, health policy analyst Professor Stephen Duckett said Labor’s victory “represents a value shift to a party committed to equity and Medicare, and, potentially, a style shift to a hands-on, equity-oriented health minister”.

He said Labor’s shadow health minister, Mark Butler, is expected to be the new Health Minister, subject to a reshuffle caused by two Labor shadow ministers losing their seats.

“Butler is very different from his predecessor,” says Duckett. “He was Australia’s first Minister for Mental Health and Ageing in the Gillard Government. He also held the equity-focused ministries of housing, homelessness, and social inclusion. He has written a book about ageing in Australia, published by Melbourne University Press.”

It’s not only the new Parliament’s capacity to drive reform that will count, of course. Also in play will be the capacity of the health sector and its leadership to engage constructively with the complexity of systemic reform rather than narrowly pursuing sectional interests.

Other predictable barriers include covert and overt opposition from the fossil fuels industry and others with a business model built upon undermining public health or public interest-focused reforms.

As well, the election campaign has highlighted longstanding concerns about the capacity of Australia’s media sector to perform its democratic roles. Going on recent performance, one of the most significant obstacles to health-promoting reforms may well be failures in both journalistic practice as well as structural issues that constrain the media landscape.

Below we summarise key issues and responses to the election results (with more detailed analysis to come tomorrow in the final edition of The Election Wrap, by Associate Professor Lesley Russell).

To see what the various parties and candidates promised on health, see the #AusVotesHealth2022 election report card; to see the amount of unfinished health reform business awaiting the new Government, see The Accountability Report.

Also, see this comprehensive Twitter wrap of responses from health stakeholders to the election results.

Climate change was a defining election issue, in cities and the regions, according to a Climate Council analysis of the vote.

In its election statement, the Lowitja Institute welcomed the growing demand from Australian voters for climate action.

“Aboriginal and Torres Strait Islander people have a huge stake in the climate crisis, not only because it is already disproportionately affecting the health and wellbeing of our peoples, but also because our knowledges and cultural practices hold solutions to the climate crisis,” said the Institute’s CEO, Adjunct Professor Janine Mohamed. 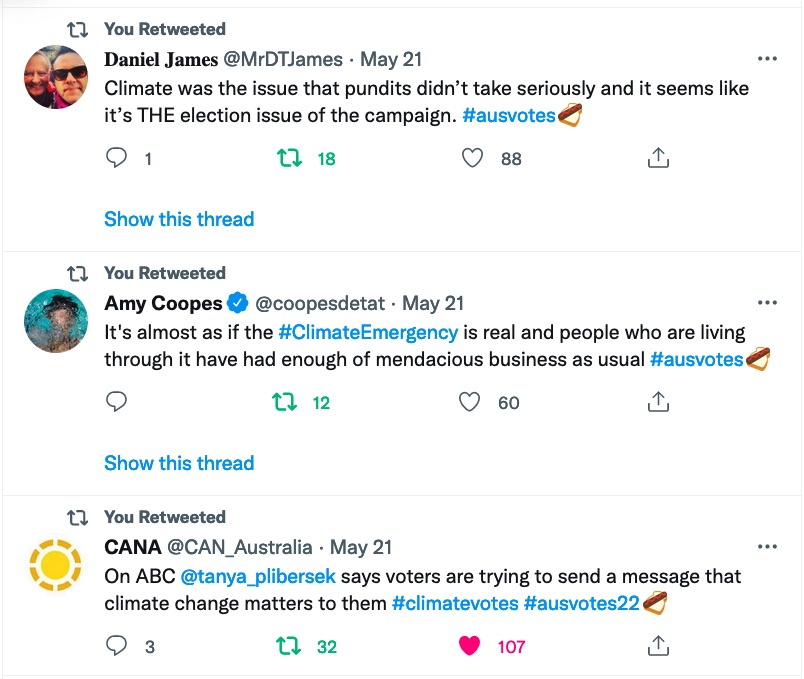 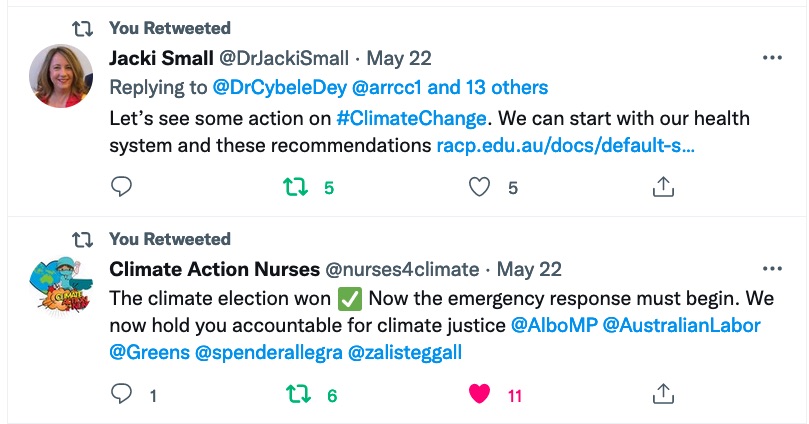 Climate health advocate Fiona Armstrong acknowledged the contribution of businessman Simon Holmes a Court, in helping to support the rise of climate-focused Independents.

As one of the successful teal Independents Dr Monique Ryan told her supporters:

We’ve come together to create change in the last six months: 2,000 volunteers; 3,000 donors; 4,000 corflutes…we started because we wanted action on climate change and we felt that it was the most important challenge of our time…it bloody well is.

Our Government wasn’t listening to us so we’ve changed the government.”

In a statement, Cassandra Goldie, CEO of the Australian Council on Social Service (ACOSS), welcomed the Prime Minister’s commitment to leave no-one behind, and called for action to address the social determinants of health, including through raising income support payments. 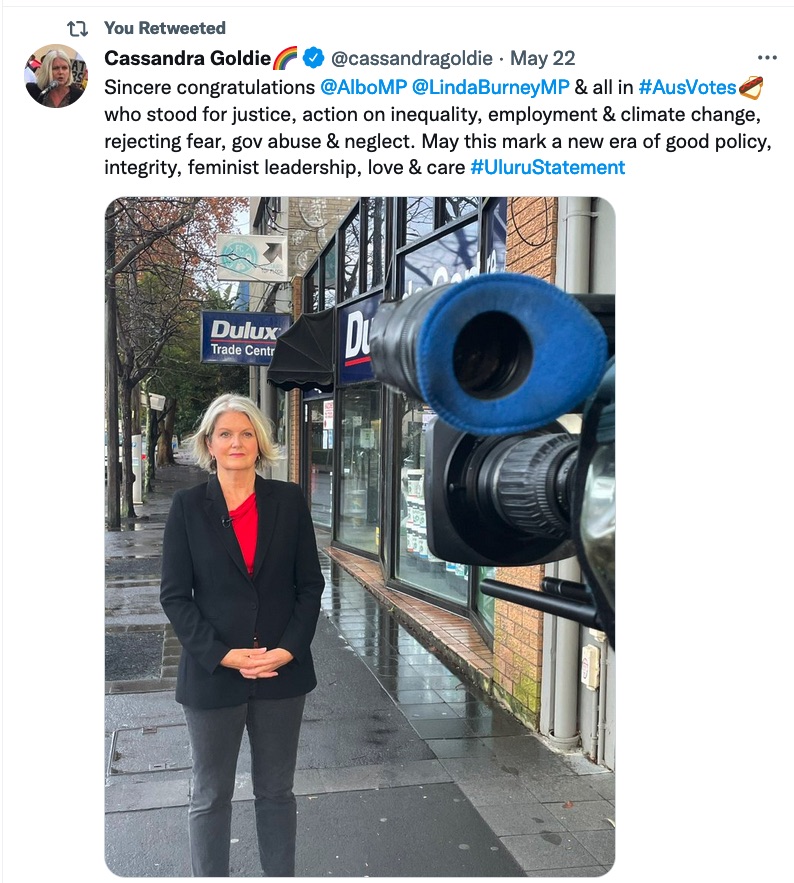 The Change the Record coalition stated: “A new government, an unprecedented cross-bench and many of the issues we care about most – justice, equality and self-determination – back on the political agenda.”

As he did throughout the campaign, Anthony Albanese, in his first public statements after the election victory, stressed his support for the Uluru Statement from the Heart.

The Lowitja Institute welcomed the Government’s commitment to the full implementation of the Uluru Statement, “which is foundational for change in Aboriginal and Torres Strait Islander health and wellbeing”. 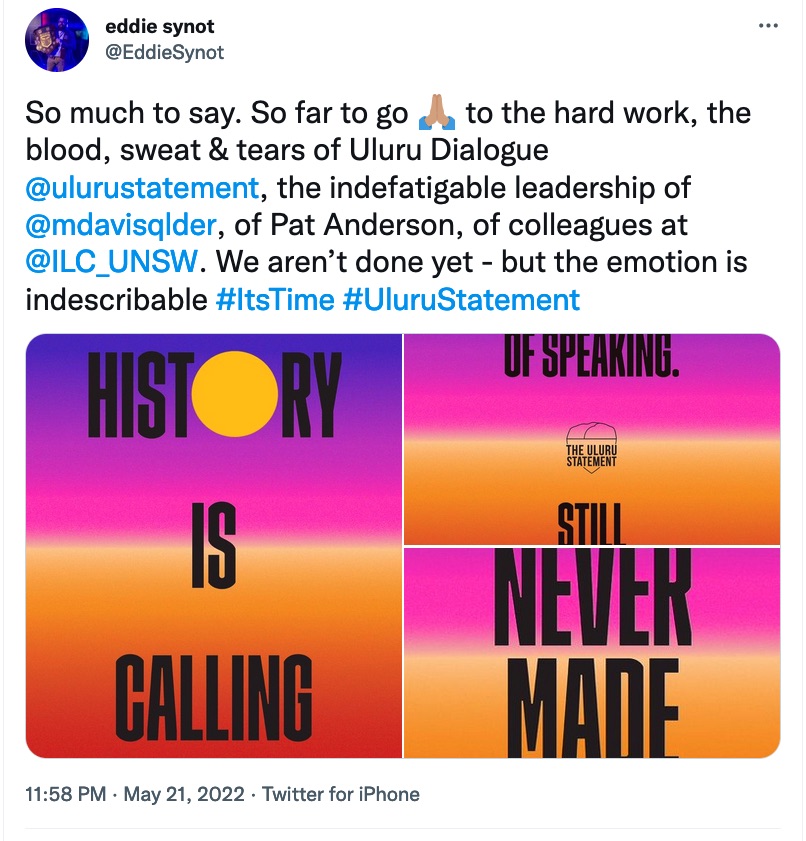 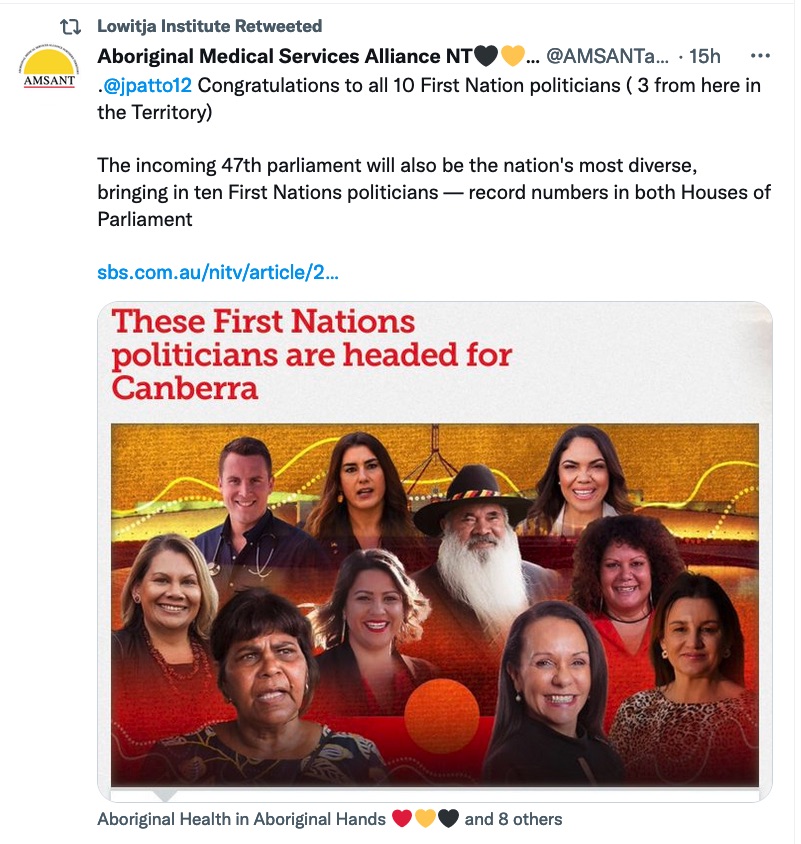 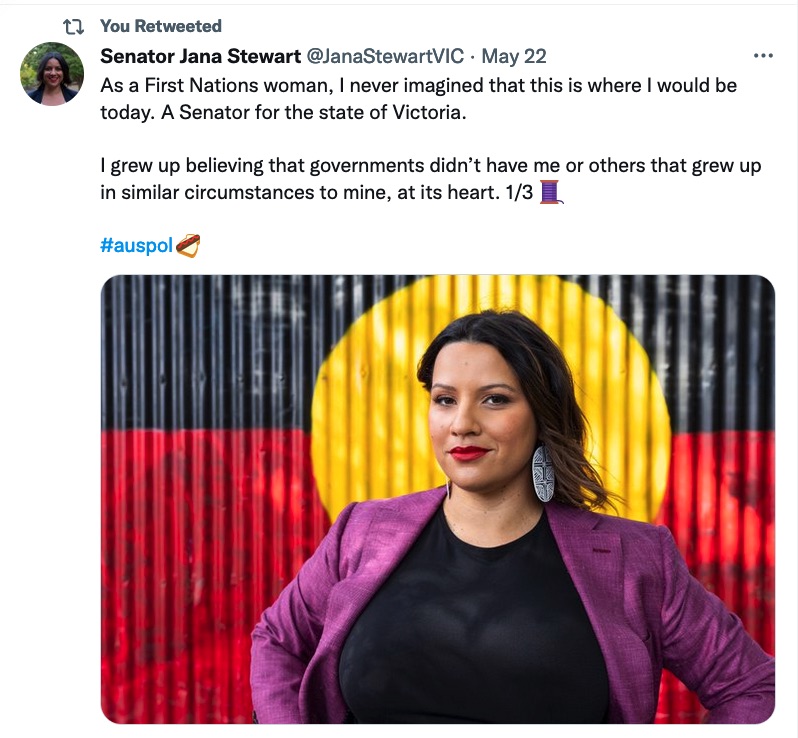 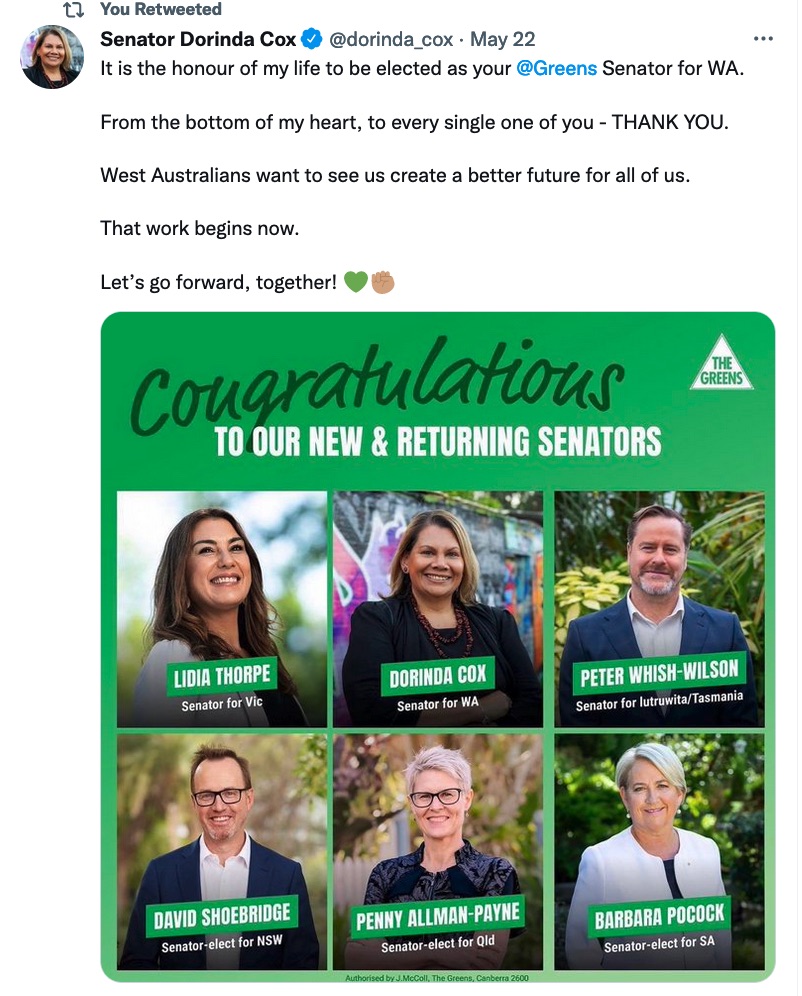 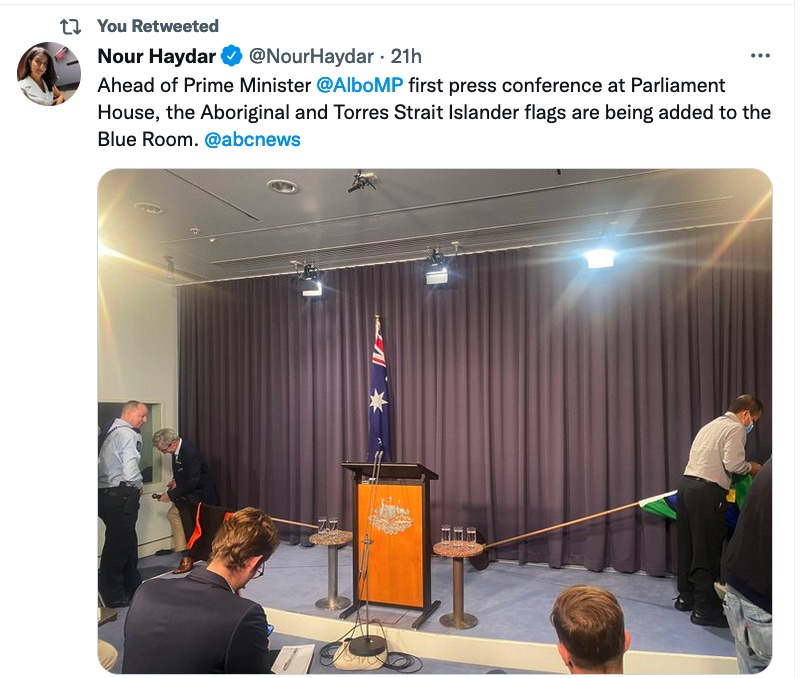 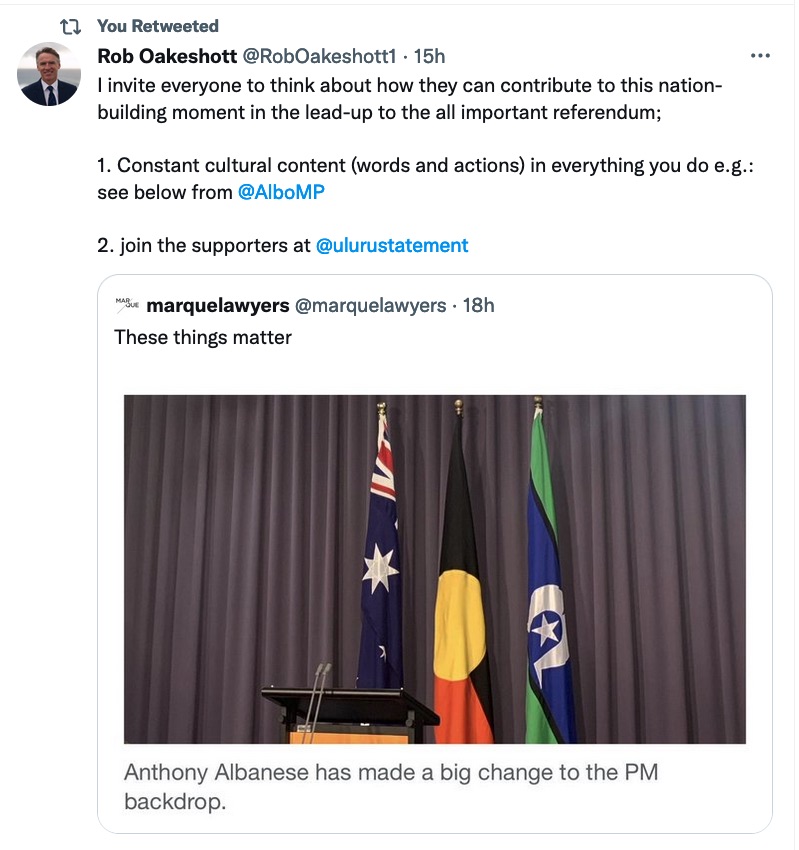 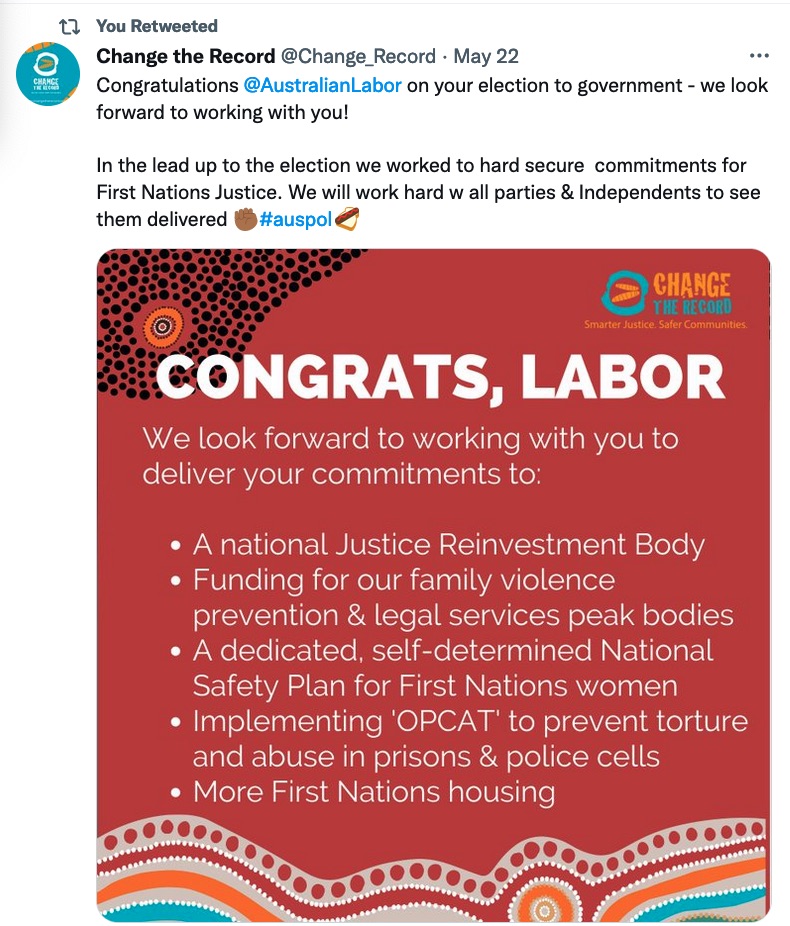 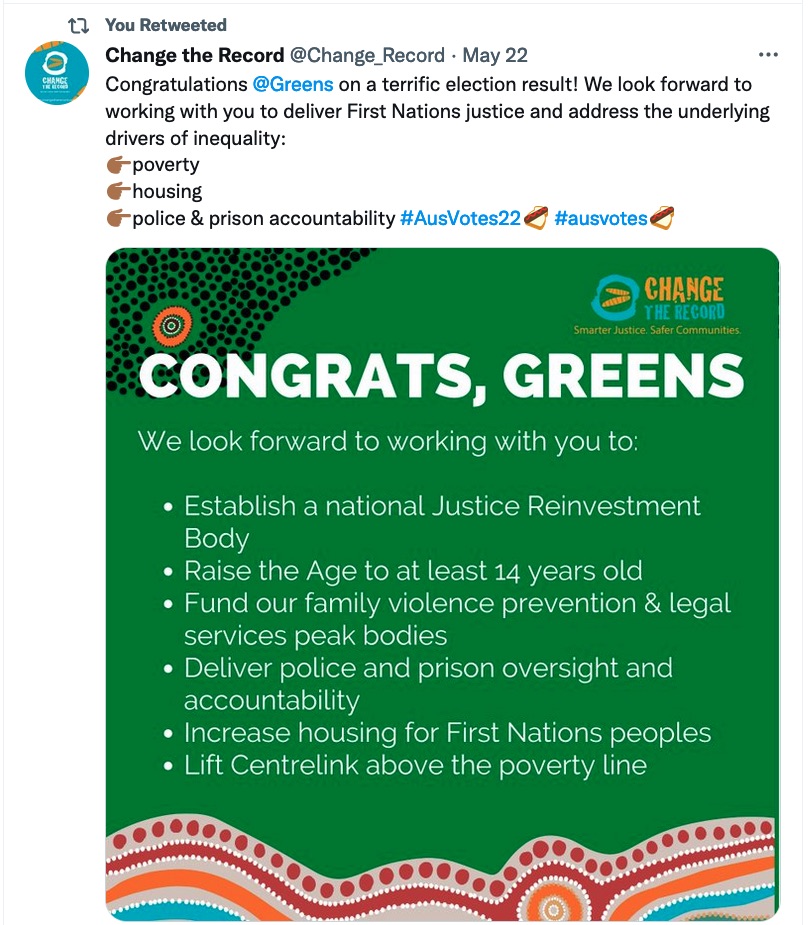 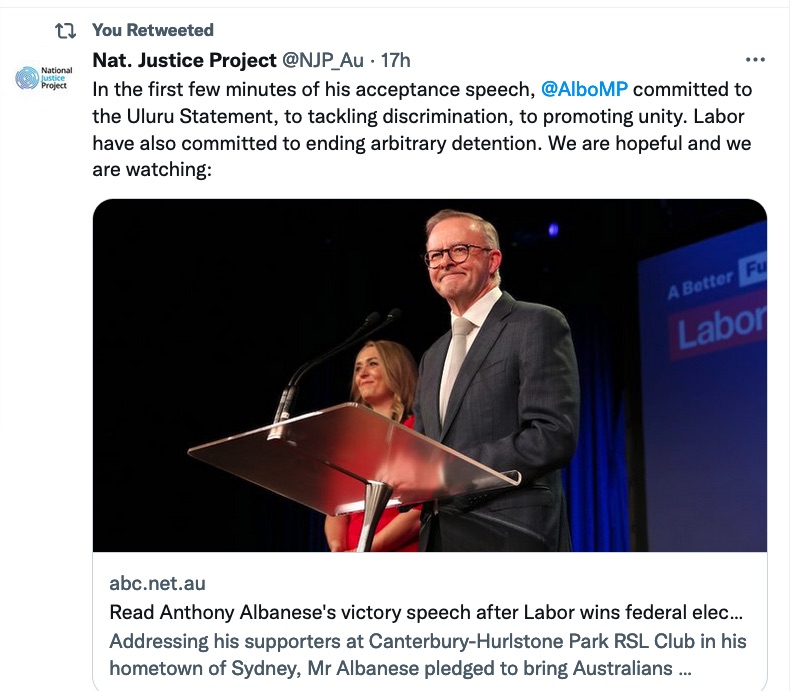 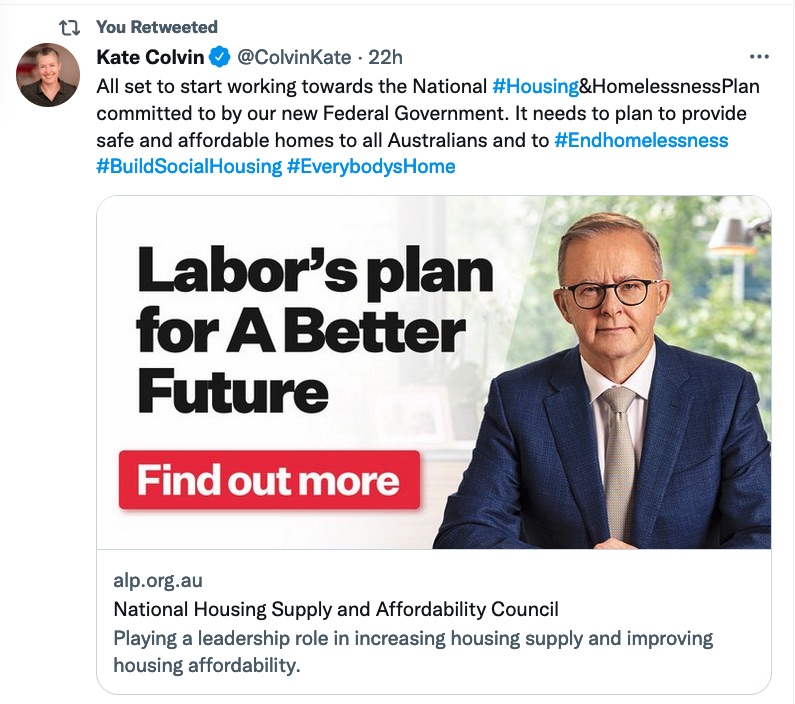 The new Parliament will be more representative of the Australian community, and the election of many health professionals is notable. 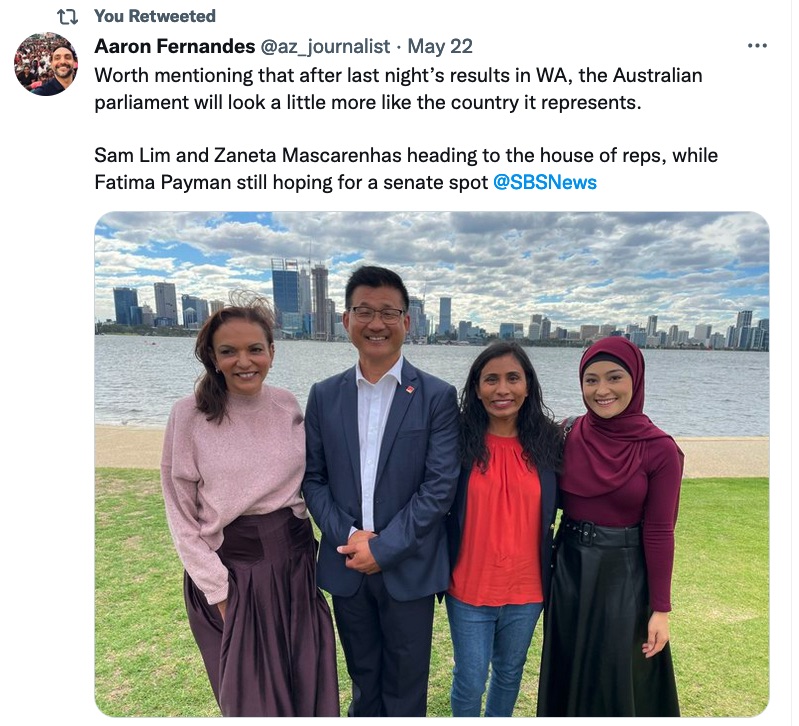 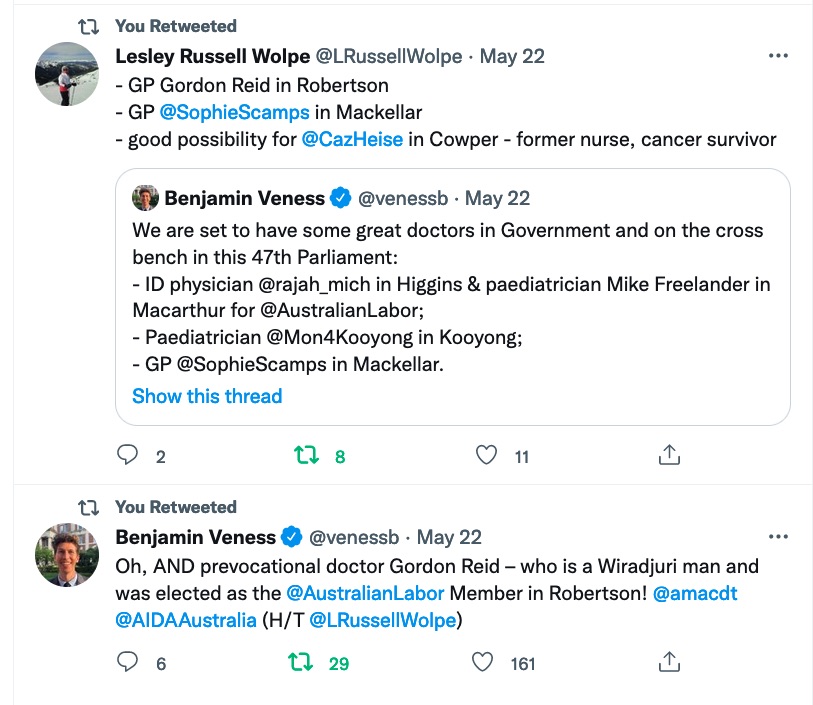 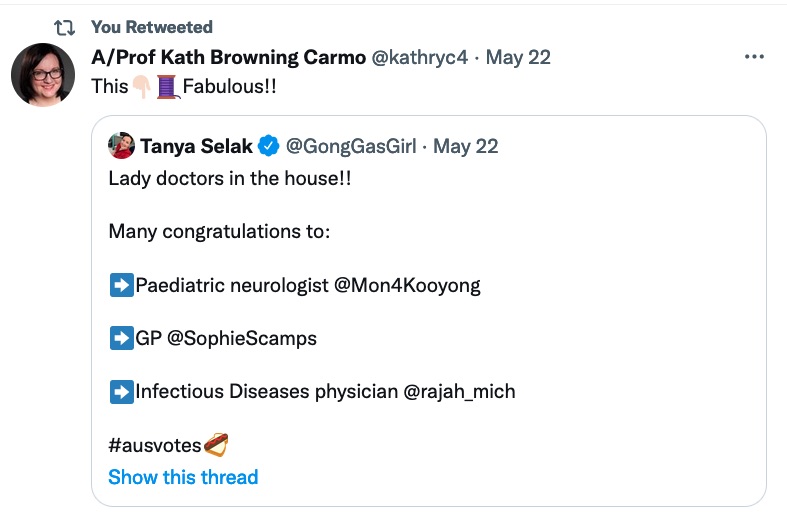 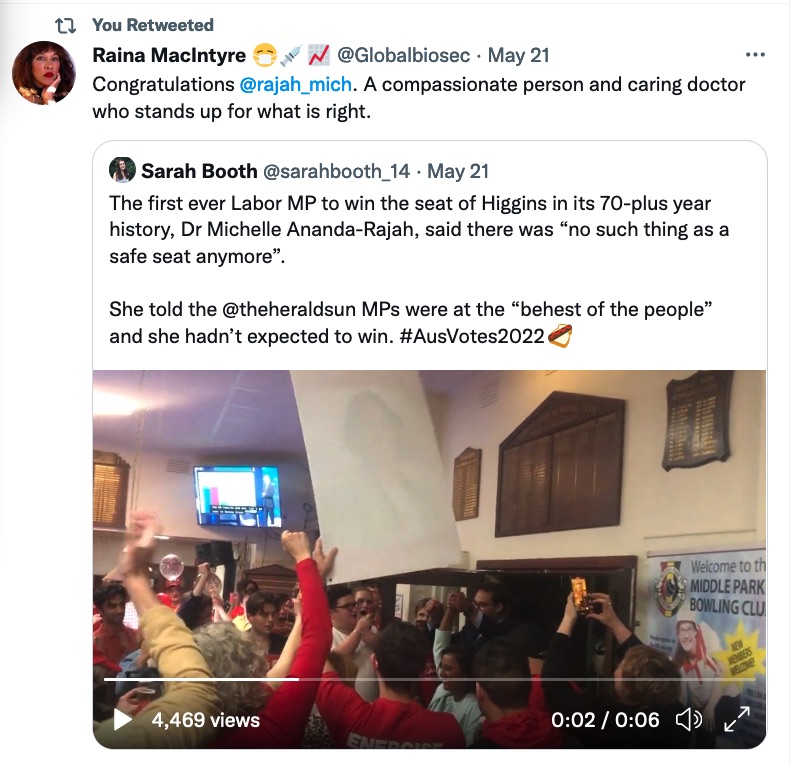 Western Australian Premier Mark McGowan delivered a stinging assessment of the federal press gallery’s coverage of the election, adding to a chorus of criticism from current and former journalists, amongst others.

• The obvious bias of News Corps coverage, in line with its longstanding opposition to evidence-based climate action

• The failure of many journalists, editors and media managers, including at the ABC, to centre climate concerns in election coverage

• ABC TV’s coverage on election night, without representation of the Independents and the Greens, was symptomatic of a wider failure to engage meaningfully with policy debate as well as to move beyond a binary framing of politics.

As well, the sector failed collectively to take a stand against the disinformation and misinformation pedalled by Clive Palmer’s United Australia Party with its million-dollar advertising blitz over many months. Media cannot claim to be fulfilling its democratic responsibilities when it’s prepared to profit from the dissemination of misinformation, in just the same way as digital companies like Meta.

Below is a small selection of related tweets and also see this Twitter thread from journalist Saffon Howden calling for a “total rethink” on how the media covers politics. 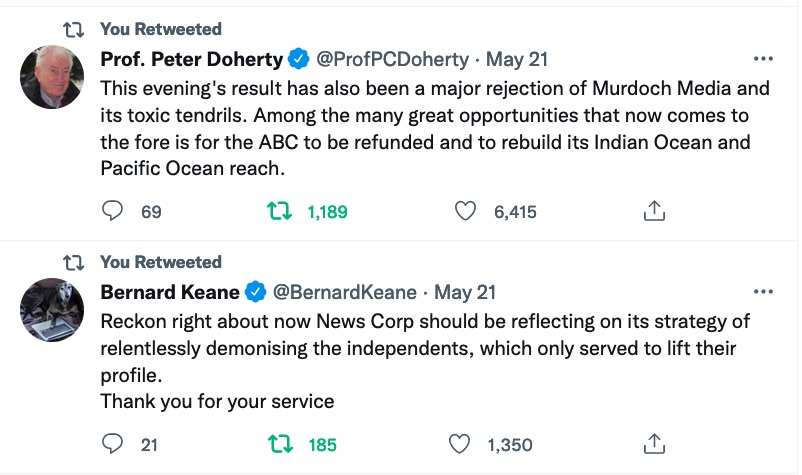 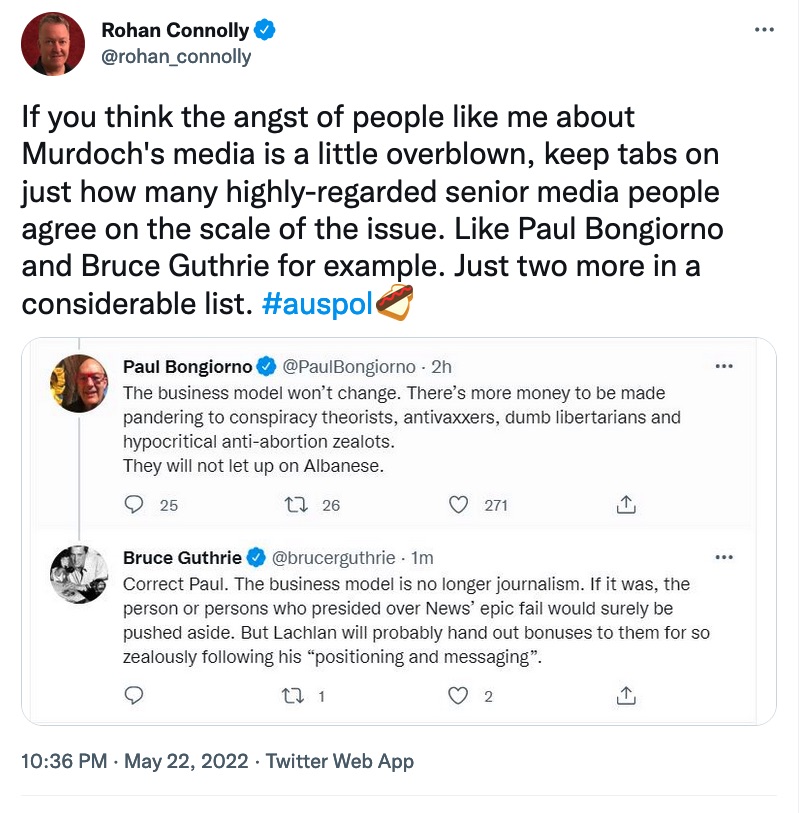 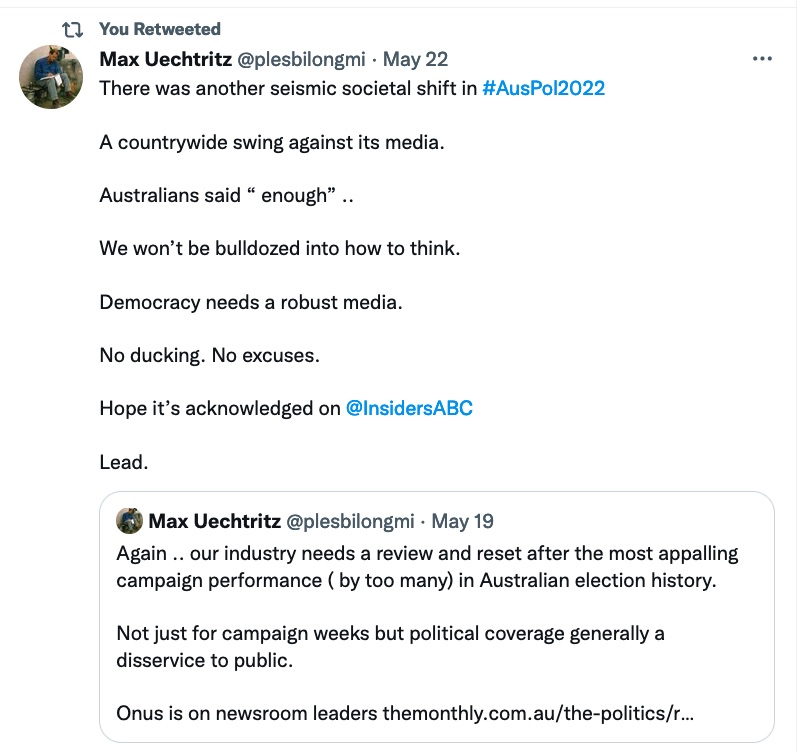 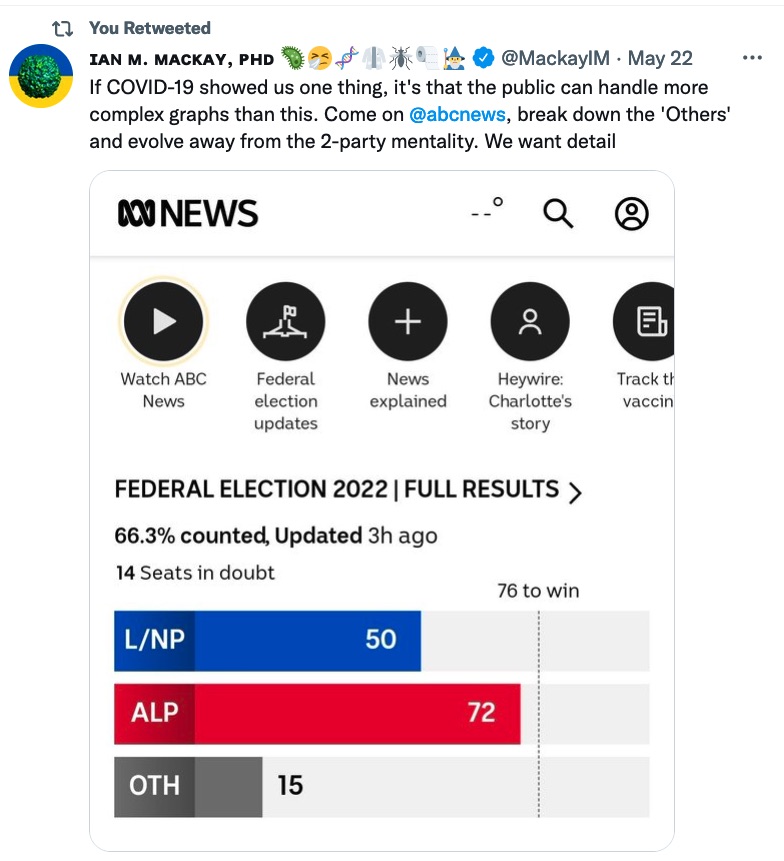 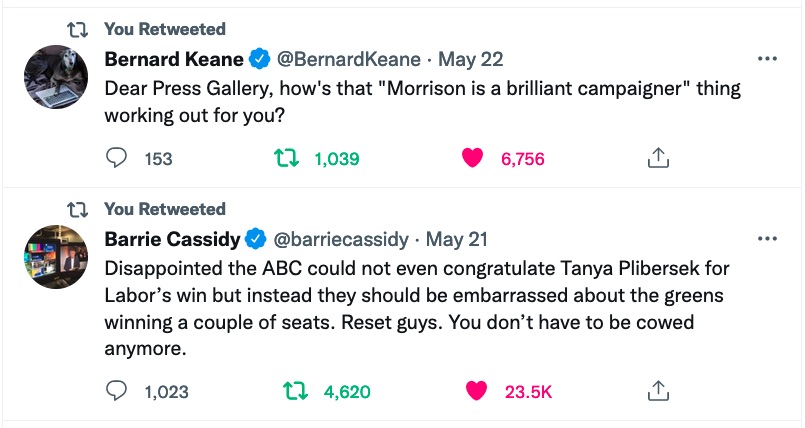 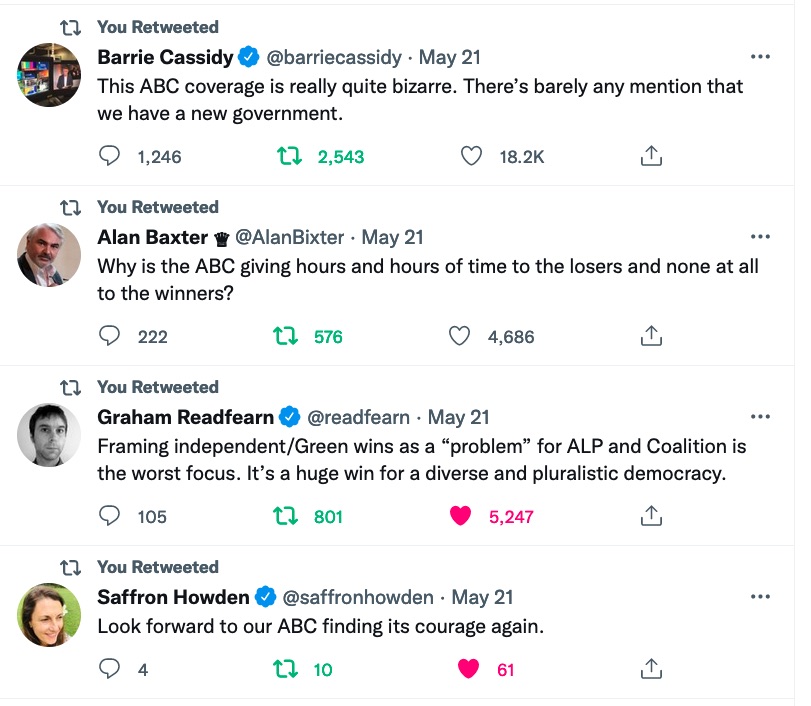 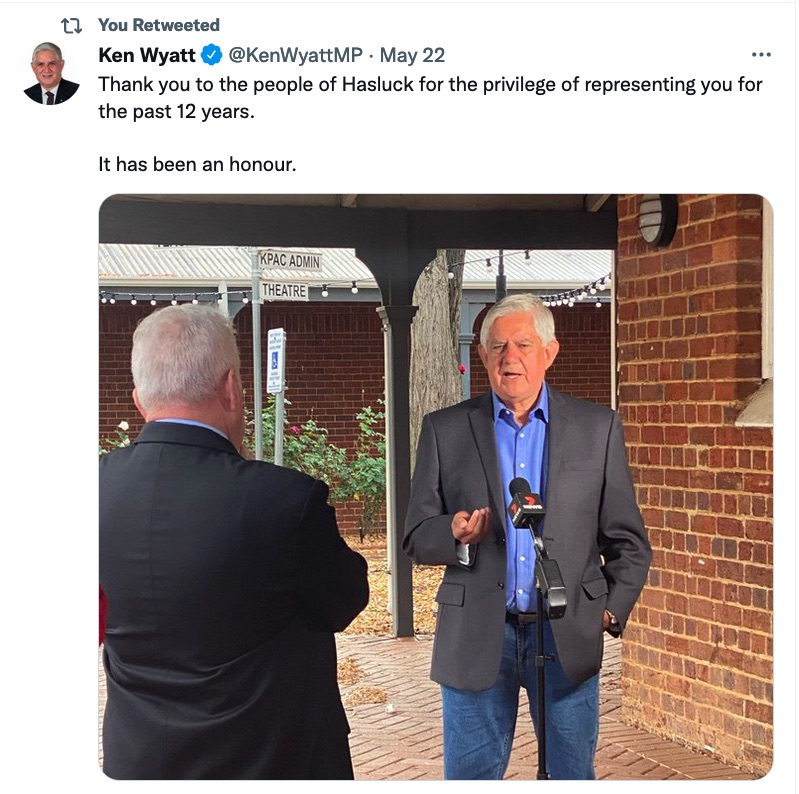 PrevPreviousOn election eve, as democracy frays, hear these calls for action
NextThe benefits are so profound, how can we get the health sector moving on this important intervention?Next