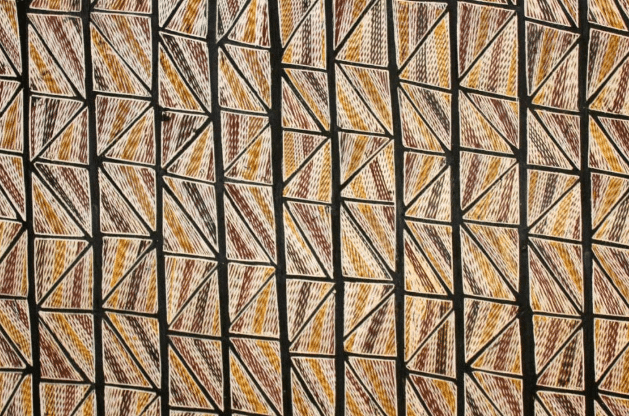 The coronavirus supplement is the biggest boost to Indigenous incomes since Whitlam. It should be made permanent

Introduction by Croakey: A coalition of 13 Aboriginal organisations of the Northern Territory is urging immediate guaranteed supply of affordable food and other basics in locked-down remote communities, saying they have yet to see any interventions emerge from a meeting earlier this month of the Australian and NT governments with major supermarkets, suppliers and three major remote retailers.

In a statement, Aboriginal Medical Services Alliance of the NT (AMSANT) CEO John Paterson said groups are getting daily reports of remote stores struggling to supply basic goods, and quickly running out of fresh food now that, under travel restrictions, they must suddenly meet 100 per cent of people’s needs.

They are calling for an agreed proportion of essential goods to be set aside for the independent suppliers, and a 20 per cent point-of-sale subsidy of essential food, cleaning and hygiene products to help communities manage prices that can average 60 per cent higher than at major supermarkets.

“Already, remote community residents are taking backroads into regional centres to access essential and affordable supplies they can’t get at home,” Paterson warned. “Towns are where they are most likely to contract coronavirus.”

It’s a concern flagged also in the post below by Francis Markham, who warns that remote community stores may run out of food as the coronavirus supplement is paid from next week, allowing poverty level incomes for many Indigenous people to finally “start to catch up with people’s everyday needs”.

Markham, Research Fellow, College of Arts and Social Sciences, Australian National University, is urging that the supplement and suspension of punitive mutual obligation requirements on income payments, are not temporary measures, but brave steps which could lock in the biggest reduction in poverty rates for Indigenous peoples since the 1970s.

His article was originally published at The Conversation and draws on the author’s contribution to the collection Indigenous Australians and the COVID-19 crisis: Perspectives on public policy, published by the Centre for Aboriginal Economic Policy Research at the ANU.

On March 23 the Government effectively doubled payments to the unemployed, single parents and students, introducing a new unconditional Coronavirus Supplement to go on top of existing allowances such as Newstart, Youth Allowance, Parenting Payment, Austudy and Abstudy.

From April 27 single unemployed adults will get around A$557.85 per week in income support, almost double the previous $282.85 per week.

This additional support is time-limited, applying for only six months.

As well as covering the newly unemployed, it’ll extend to existing recipients, meaning it’ll be paid to about 2.3 million Australians.

Read more: Coronavirus supplement: your guide to the Australian payments that will go to the extra million on welfare

The temporary doubling is intended to shield those who find themselves unable to find work at a time when the government has shut down large sections of the economy.

But it will have another (welcome) unintended consequence: it will temporarily cut poverty among Indigenous Australia to new lows.

The income support system has failed for decades to keep Indigenous people out of poverty. At the time of the 2016 Census, 31% of Indigenous Australia lived below the poverty line of $404 per week.

And while the overall financial situation of Indigenous Australians improved over the decade from 2006 to 2016, in very remote Australia, poverty got worse.

Already alarmingly high in 2006 at 46%, by 2016 the proportion of very remote Indigenous Australians in poverty had climbed to 54%.

Since then things have changed, for the worse.

In remote Australia the fall was more precipitous.

Over those five years remote median Indigenous personal income fell from $375 per week to $310.

The Coronavirus Supplement is set to dramatically change things.

Before the coronavirus outbreak about 27% of the Indigenous population aged 16 years or older were receiving payments that make them eligible for the Supplement.

The proportion who will actually get it be much greater, as many more will become unemployed or underemployed as a result of the crisis.

Indigenous workers are likely to be especially hit hard by the downturn due to discrimination and their more-precarious employment status.

The extra $225 per week is well-targeted at the poorest Indigenous Australians.

According to my estimates, around 38% of Indigenous adults in very remote areas will be eligible.

The biggest boost in 50 years

It is likely to be the most substantial increase in aggregate Indigenous incomes since Indigenous people won rights to equal wages and the full range of social security payments between 1969 and 1977.

In very remote areas, total community incomes are likely to increase by one quarter.

Indeed, so significant is the boost that remote community stores may run out of food as incomes start to catch up with people’s everyday needs, a concern expressed by the minister for Indigenous Australians Ken Wyatt.

It should be made permanent

It would be misguided to think Indigenous Australians need only temporary relief.

The Indigenous economy has been in crisis since 1788. The unemployment rate in places like Palm Island was 60% before the coronavirus hit.

The average duration of unemployment for Indigenous Australians is 73 weeks.

For Australia as a whole, it is 11 weeks.

The unfavourable job market now facing many Australians for the first time has been the normal state of affairs for many Indigenous people.

For this reason, the temporary increase to income support should be made permanent, and the suspended mutual obligation requirements abolished.

Doing so, and normalising some of the anomalies of the current arrangement (such as the exclusion of disability support pensioners, age pensioners, and temporary residents) would provide all Australians with an income floor below which no one could fall.

For Indigenous Australians, it would lock in the biggest reduction in poverty rates since the 1970s.

It would be affordable — it’s only a question of our priorities.

The crisis has reminded us once again how much we depend on each other. We can use it to rebuild a society which is fairer and in which no one is forced to struggle in deep poverty.

PrevPreviousTime for other health professionals, systems to recognise harm to Indigenous peoples?
NextIt’s time for a parachute analogy, as well as pandemic communications that are respectfulNext