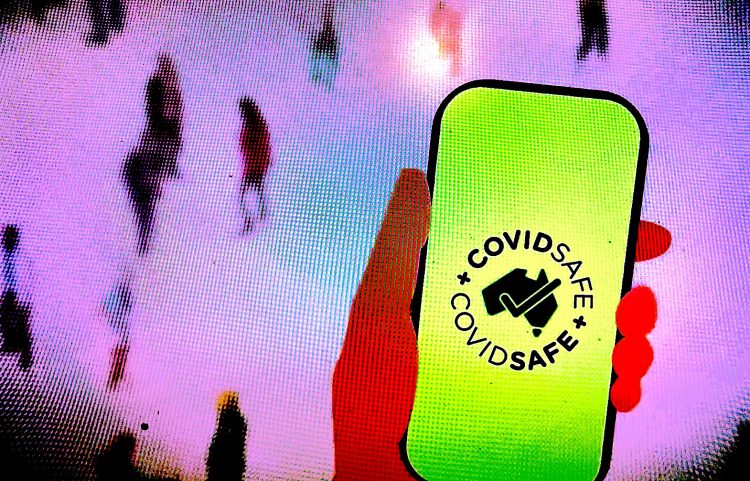 Millions invested, but what returns for public health?

The COVIDSafe app was designed to help contact tracers. We crunched the numbers to see what really happened

Announcing Australia’s COVIDSafe app on 26 April 2020, Federal Health Minister Greg Hunt told a media conference that it would speed up identification of people who had been in close contact with someone diagnosed with coronavirus, stopping its further spread.

The app would save lives, he said, “by finding those cases which might be undiagnosed in the community, helping people get earlier treatment, helping people to have earlier diagnosis, and to ensure that our doctors and nurses, our health workers, our families and our friends are protected…”.

Within days of its launch, more than two million Australians had downloaded and registered for the new app.

But did it live up to expectations and provide a reasonable return on the multi-million dollar public investment?

Researchers who evaluated the app’s effectiveness in New South Wales reported their findings recently in The Lancet Public Health, and also provide an overview in the article below, first published at The Conversation.

Early in the pandemic, the COVIDSafe app was designed as a tool to improve contact tracing. And a multimedia campaign promoted it as helping to find more COVID contacts faster.

Now, almost two years after its launch in April 2020, we publish in The Lancet Public Health our evaluation of the app’s effectiveness and usefulness in New South Wales.

We analysed data from all 619 COVID cases recorded in NSW above the age of 12 and their contacts between May and November 2020. We also interviewed contact tracers about whether they considered the app useful.

Our analysis showed the app did not add much value to the existing, conventional contact tracing system.

A total of 22% of cases were using the app. Most (61%) contacts the app registered as “close contacts” turned out not to be epidemiologically linked to a case. The app detected only 15% of true close contacts identified by conventional contact tracing.

In total, COVIDSafe detected only 17 additional true close contacts in NSW during the six-month evaluation period.

It caused substantial additional work for contact tracers and overall, did not make a meaningful contribution to the COVID response in NSW.

Interviewing new cases to identify, trace and isolate their close contacts is a crucial public health activity. But this is time-consuming and contact tracers can become rapidly overwhelmed when case numbers rise.

Digital contact tracing apps were enthusiastically embraced early in the COVID pandemic in many countries, including Australia.

Like many other tracing apps, COVIDSafe uses smartphones’ built-in Bluetooth function to exchange signals between phones.

The duration, frequency and transmission strength of these “digital handshakes” are used to determine whether two smartphone users have come into “close contact” with each other.

During our study period, less than a quarter of all cases were using the app. This is half the proportion of the Australian general public who did so.

Of those cases who used the app, many had not a single contact registered by the app. For others, contact tracers could not access the app data.

Contact tracers could use app data for 32 (5%) of the 619 cases over our study period. Of those cases, only 79 (39%) of the 205 contacts the app registered as “close contacts” could be verified as true close contacts. This suggests poor positive predictive value of the app.

Examples of false close contacts the app registered were:

The vast majority (85%) of close contacts identified by conventional contact tracing were not detected by the app, indicating low sensitivity.

During the six months of our study, there were only 17 true close contacts identified by COVIDSafe who would have otherwise been missed – a tiny fraction of the more than 25,300 close contacts detected and followed up through conventional contact tracing in NSW during the same period.

None of these 17 contacts became positive. So COVIDSafe did not contribute to preventing any new exposures in NSW during our evaluation period.

Contact tracers did not find the app easy to use. Some said the app did not seem to work as reliably on all types of phones. The number of contacts on iPhones were substantially underestimated, while those from Android phones were overestimated.

Contact tracers also noted the app’s apparent inability to properly register contacts unless it was open. This might explain the large number of cases without any registered contacts in our study.

Interviewed staff said this could easily overwhelm the contact tracing system had case numbers been higher, paradoxically leading to a reduction in usefulness of the app when it would be most needed.

Overall, contact tracers’ perceptions of the app ranged from “not impacting much” to being an additional step that increased workload without adding much value.

In our study, COVIDSafe did not make a meaningful contribution to the COVID response in NSW during 2020. Instead, the app created a high workload for no clear benefit.

The arrival of the highly transmissible Omicron variant in late 2021 in Australia, coinciding with the lifting of most public health restrictions, led to massive expansion in case numbers, forcing a series of major adjustments to contact tracing.

Read more: Australia has all but abandoned the COVIDSafe app in favour of QR codes (so make sure you check in)

In most parts of Australia, contact tracing now has a very limited role in COVID control. Nevertheless, it is likely to remain a key public health intervention for infectious diseases in the future.

For digital contact tracing apps to be effective and useful, it will be important to involve contact tracers when designing the system, to road test the underlying technology in real-life settings, and to evaluate the app regularly after roll-out.

Dr Florian Vogt is an APPRISE Research Fellow based at the Kirby Institute, University of New South Wales.

Dr Bridget Haire is a post-doctoral research fellow at the Kirby Institute, UNSW Australia, and a former president of Australian Federation of AIDS Organisations (AFAO).

Dr Anthea Katelaris, a public health physician who worked at the Western Sydney Local Health District public health unit at the time of the study, co-authored the research mentioned in this article.

Florian Vogt receives a fellowship from the Australian Partnership for Preparedness Research on Infection Disease Emergencies (APPRISE) Centre of Research Excellence (CRE), funded by the National Health and Medical Research Council (NHMRC) of Australia. The Kirby Institute, University of New South Wales received funding from the New South Wales Ministry of Health for his involvement in this research.

Bridget Haire has received funding from the National Health and Medical Research Council and NSW Health. She is a volunteer with the Australian Federation of AIDS Organisations..

John Kaldor’s university received funding from the New South Wales Ministry of Health to support members of his team to conduct this research. His university research position is funded through a National Health and Medical Research Council Fellowship.

See Croakey’s archive of stories on digital technologies and health.