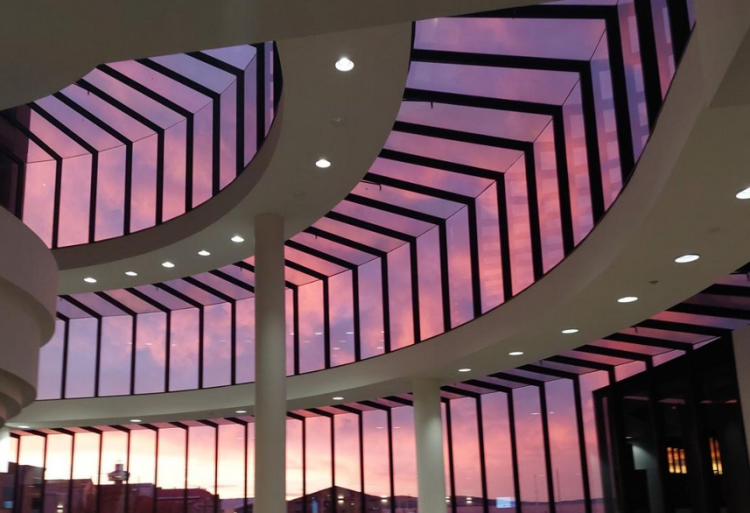 “The deep breath”: reckoning with First Nations ways of knowing in mental health

Croakey’s Dr Amy Coopes reports below on a series of sessions on Day 2 at the #RANZCP2021 led by eminent Aboriginal and Maori mental health specialists that urged decolonisation of mental health to close the “conceptual gulf” between what is valued by Western psychiatry and in Indigenous social and emotional wellbeing.

The broader discussions at #RANZCP2021 Day 2 saw the hashtag trending on Twitter in the top ten nationally. For a glimpse of the issues, see below 11 takeaways from the day by  @CroakeyNews aka Croakey editor Jennifer Doggett.

Cultural experiences and the legacies of dispossession, genocide and trauma are poorly understood and too often pathologised for Aboriginal and Torres Strait Islander and Maori people.

As a result, symptom control is prioritised over strengths and healing, with a real risk that ongoing generations could be lost to child removal, the justice system and suicide.

These were the messages of a thought provoking series of sessions at this week’s annual Congress of Australian and New Zealand psychiatrists, where Indigenous clinicians from across the two countries called for a decolonisation of mental health systems, and a new reckoning with First Nations ways of knowing and experiencing the world.

Milroy, who was Australia’s first Indigenous doctor and has had a storied career in psychiatry, including as commissioner for the National Mental Health Commission and Royal Commission into Institutional Responses to Child Sexual Abuse, said Aboriginal and Torres Strait Islander peoples had a unique position as a “post-genocide population in a post-colonial society”.

This historical legacy brought biological, psychological and social complexity, with multiple layers of trauma, loss and control spanning kinship groups and generations, and harms ongoing with denial of rights or access to homelands and healing.

These experiences were so universal and enduring they had become normalised, while cultural and spiritual norms extending back tens of thousands of years were problematised and misunderstood, Milroy said.

Paranormal phenomena such as seeing and hearing ancestors, communing with animals, land or weather, intuiting events and the notion of a collective consciousness were all an accepted dimension of culture and were too hastily – at times –  labelled psychotic or pathologised by psychiatry. Milroy said the inverse could also be true, with illness dismissed as culture, stressing that context was essential.

Bush and NiaNia shared four case studies from their work with Maori adolescents at the Te Whare Marie specialist mental health service, exploring how presentations of mental illness could be a manifestation of ancestral connection, matekite (a seer or medium), mate Maori (Maori spiritual or cultural problem) or other spiritual or relational disruption.

They offered a framework for psychiatrists to assess for these possibilities, asking about feelings of a presence that attended voices or visions, whether there was a personal or family history of intuiting or foretelling events, and whether their perceptions had ever been shared by others. Drawing on NiaNia’s skills and experience as a tohunga, Bush said they had been able to distinguish many cases of culturally appropriate and explicable phenomena.

A lack of validated assessment tools for use in Indigenous populations or evidence base on efficacious treatments meant these nuances were not well understood. Milroy said this was compounded by a “language gap” or conceptual gulf between what was valued by Western psychiatry (risk and symptom control, recovery) and prioritised in Indigenous paradigms (healing, strengths).

There was also a failure or unwillingness to engage with the unfinished business of sovereignty, land rights, compensation, reconciliation and national identity – issues that, if addressed, would have a lasting and tangible impact on mental health, Milroy said.

“I don’t know what it is going to take, but we can’t allow this to continue,” said Milroy. “We are at risk of losing generations to out of home care, to the justice system and to suicide”.

She said the only way forward was genuine partnership, that it was no longer sufficient to champion change; it had to be built into the service provision model. Milroy recalled the words on Closing the Gap from former Aboriginal and Torres Strait Islander Social Justice Commissioner Tom Calma, who said it was not credible that one of the wealthiest countries in the world could not solve a health crisis affecting less than three percent of its citizens.

At the policy level, Milroy said there had been dramatic changes in recent years, with more organised and more unified advocacy from Indigenous groups and a much greater capacity in the space for expertise and partnership.

She pointed to the launch of Gayaa Dhuwi and formation of the Coalition of Peaks as significant steps, along with the proliferation of Indigenous-specific professional bodies like the Australian Indigenous Doctors Association, Indigenous Allied Health Association, Congress of Aboriginal and Torres Strait Islander Nurses and Midwives, and the National Association of Aboriginal and Torres Strait Islander Health Workers and Practitioners (NAATSIHWP).

Milroy said there was a greater emphasis on Indigenous governance and longer policy cycles, but a “glass ceiling” remained. There were significant problems in the mental health space at the interface between primary care, social and emotional wellbeing and mainstream services, with a lack of cohesion and collaboration, cultural safety, inclusion or valid assessment tools and outcome measures.

Workforce issues loomed large, with over-reliance on low-paid Aboriginal staff who were not offered professional development opportunities and were expected to take on roles far beyond their training, Milroy added.

Presenting from across the Tasman, Lawrence offered a story of Whenua, Te Reo me Aroha – land, language and love – around Maori knowledges and experiences of colonisation. He spoke about the importance of words in constituting and framing the lives of people, communities and societies, and of place, agency and mana.

Lawrence called for a decolonisation of health, something he described as a process of learning and relearning what had been lost, of truth-telling, positive change, achieving equity. This required me hoki whakamuri, kia anga whakamua – looking back to see our future, he said.

“Structures must change to reflect the place and the people of that place,” said Lawrence, urging his psychiatry colleagues to be part of the change. “It’s your legacy, it’s my legacy.”

He hailed the announcement of the new independent Maori Health Authority, chaired by Mason Durie, as a monumental step, and the culmination of many years of advocacy, with tremendous will from both government and the medical profession.

Lawrence closed his presentation with an excerpt from Moana Jackson’s ‘Imagining Decolonisation’, which he said was essential reading for anyone working in health care.

“It will require courageous wisdom to change, and some will say it is impossible and unrealistic. But when the ancestors crossed Te Moana-nui-a-Kiwa, they overcame what seemed impossible and realised that courage is simply the deep breath you take before a new beginning.”

The RANZCP Congress continues today in Hobart. Follow @coopesdetat and @CroakeyNews for the latest, and join the conversation at #RANZCP2021. Bookmark this link for our coverage. 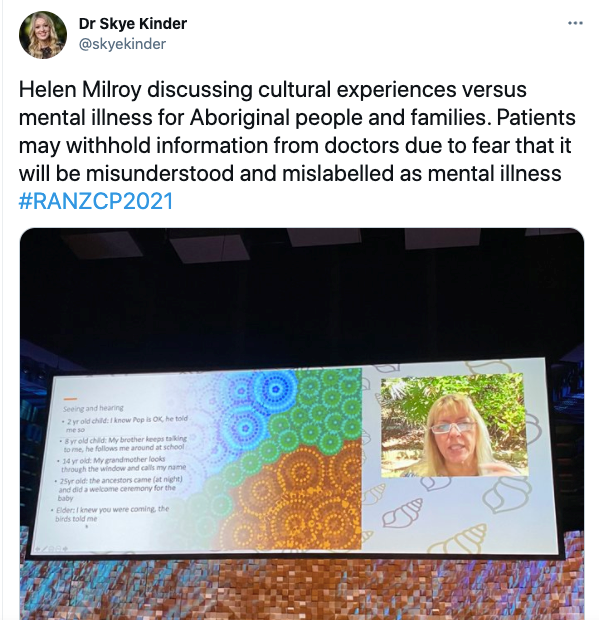 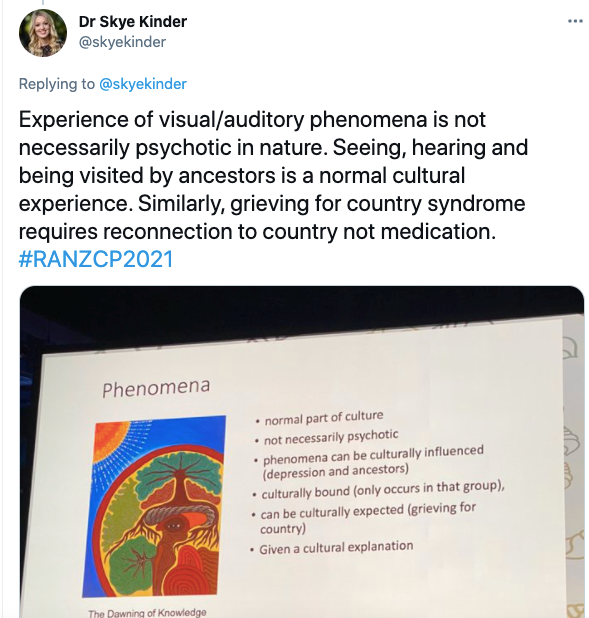 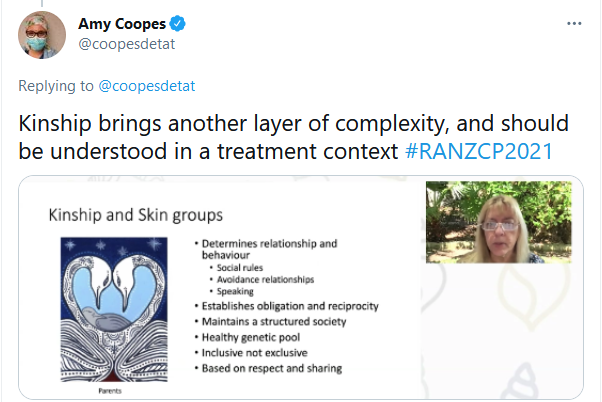 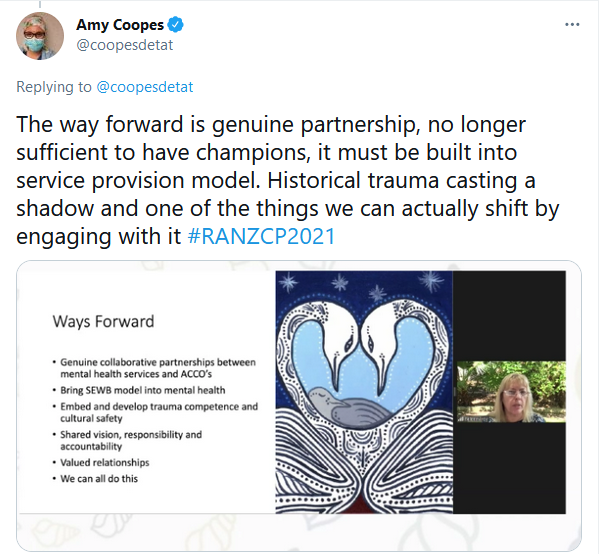 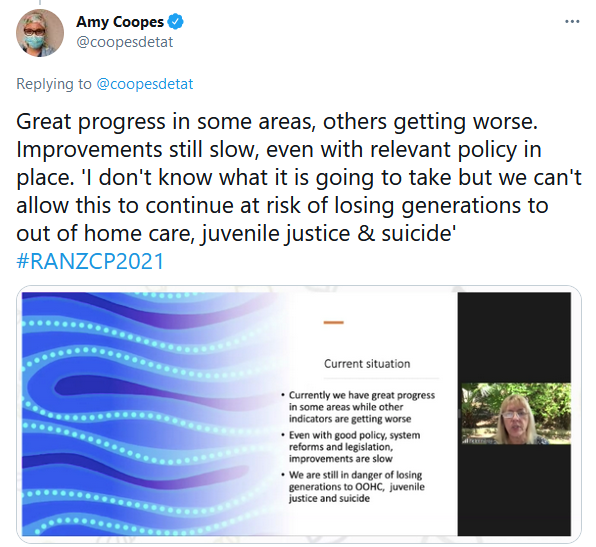 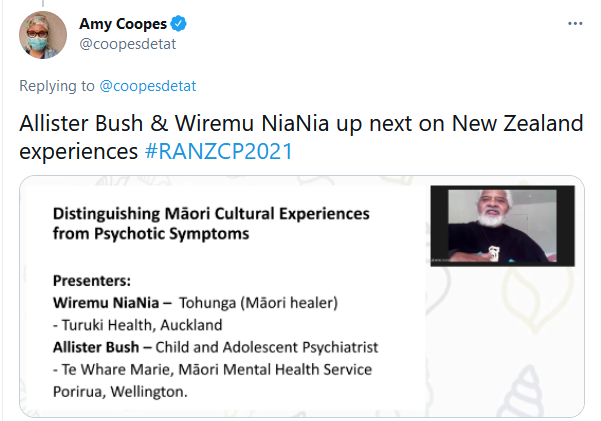 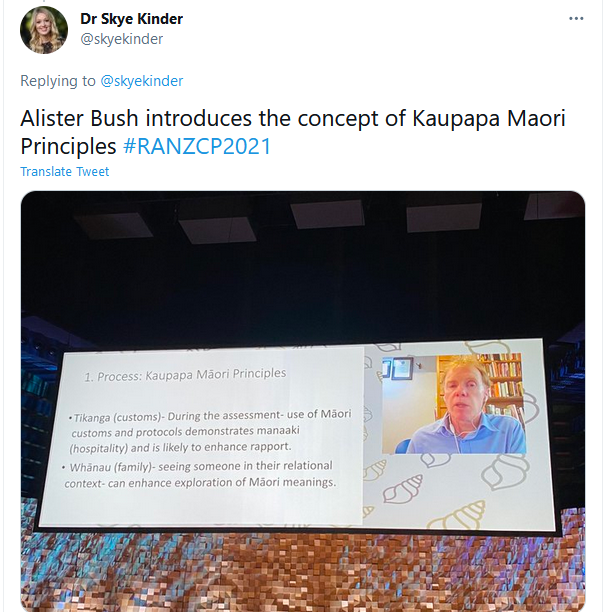 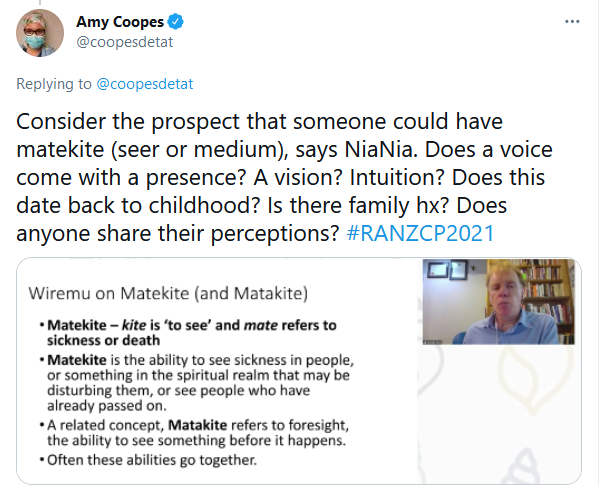 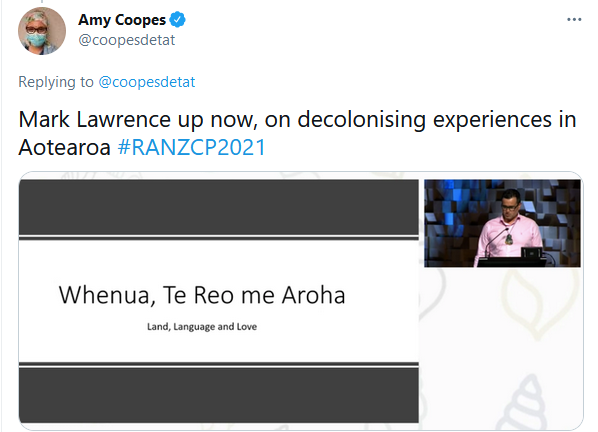 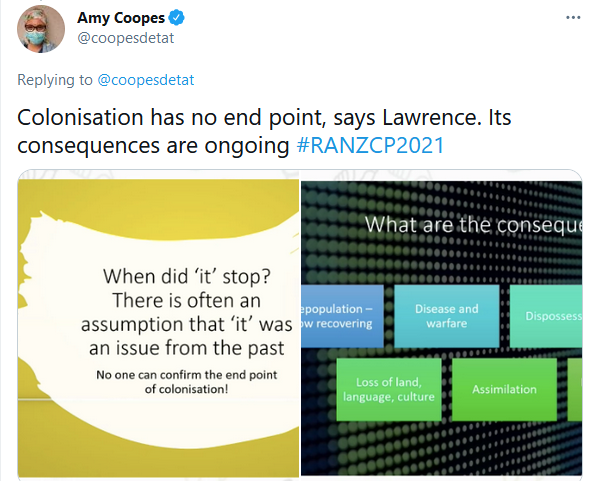 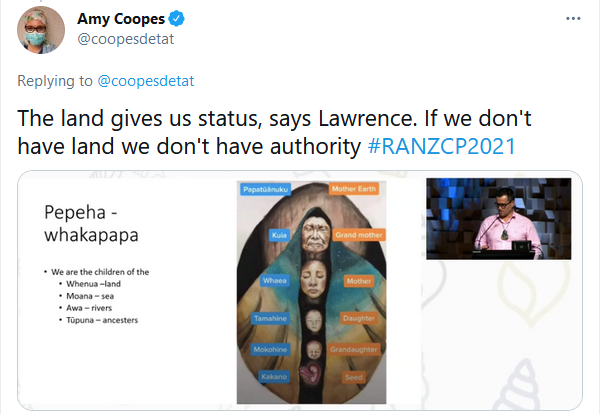 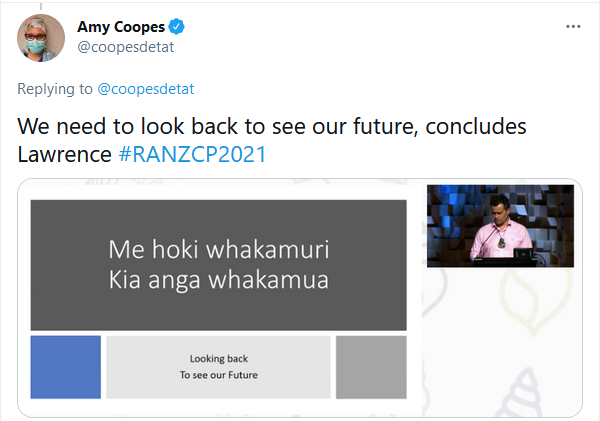 Other takeaways from #RANZCP2021 Day 2 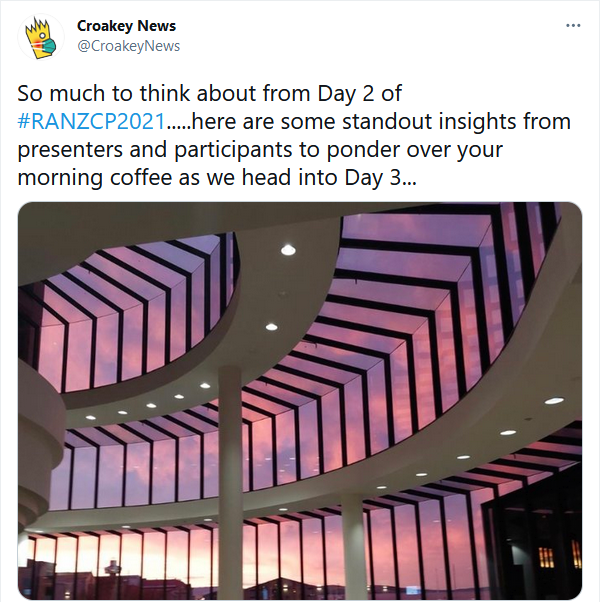 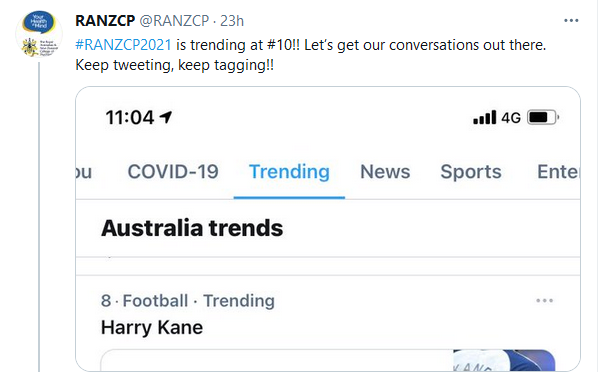 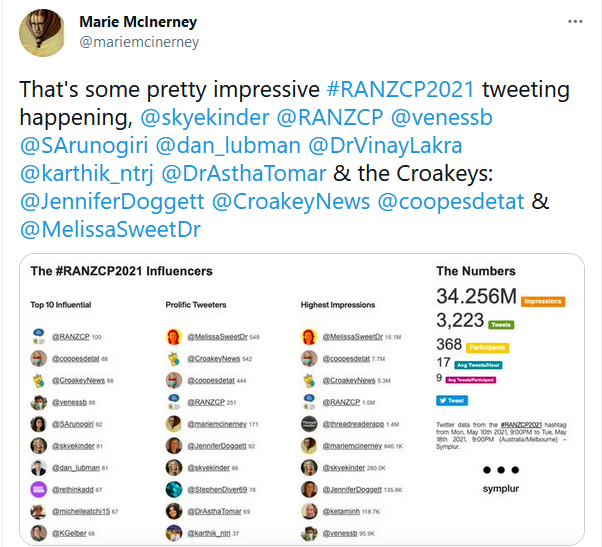 PrevPreviousBudget hits and misses: more reaction from the health sector
NextWhile rich countries experience a post-COVID boom, the poor are getting poorer. Here’s how Australia can helpNext