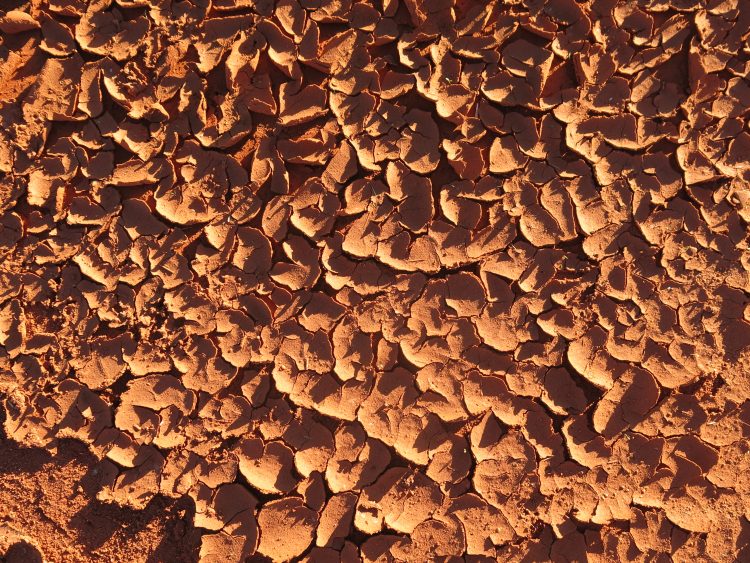 The deluge and drought of Australia’s health reform cycle

Serious proposals for redesign of the structure and financing of Australia’s health system have had a chequered history. The level of enthusiasm for discussing radical reform seems to fluctuate like the water level in Lake Eyre, which turns into an oasis only every eight years or so on average.

Currently the health reform discussion cycle is in its barren phase. But ten years ago this week it was in full flood. On 27 July 2009 Prime Minister Kevin Rudd released the final report of the National Health and Hospitals Reform Commission (NHHRC).

The Commission was chaired by Christine Bennett. Its final report, entitled A Healthier Future for all Australians, offered hope of better times to come, including for rural health.

In a section headed Facing Inequities it proposed a series of initiatives for remote and rural health, on matters including equitable and flexible funding, innovative workforce models, telehealth, patient travel support, and expansion of specialist outreach services (e.g. pharmacy and dental/oral services). That same section also had proposals for better Aboriginal and Torres Strait Islander health, such as improving the affordability of fresh food in remote communities.

But almost certainly the most important of its 123 proposals, because of their centrality, were the recommendations on health system governance: who should manage the health system and how.

The report recommended that Australia develop a single health system, governed by the Federal Government.

Steps to achieving this were to include a Healthy Australia Accord to agree on the reform framework; the progressive takeover of funding of public hospitals by the Federal Government; and the possible implementation of a health funding model, called Medicare Select, under which public and private health plans would compete, allowing consumers to exercise choice and preference.

The problems of the current health system governance arrangements were then and are still well known. The split between the Federal Government and the States/Territories leads to fragmentation of service delivery, cost-shifting, a lack of accountability, and enormous complexity for users of the system.

Currently there are a number of high-level matters causing concern that are related to the system’s governance. They include uncertainty and complexity associated with public hospital funding; increasing out-of-pocket costs incurred by patients; and questions about the place in the system and the purpose of private health insurance.

Also still on the agenda are unresolved access and workforce issues which compromise the universality of Australia’s health system, most notably for Aboriginal and Torres Strait Islander peoples and those who live in more remote areas.

However the central reform issue relating to governance of the health system is not currently being debated.

The pivotal fact around which these current concerns revolve is the mixed (public/private) nature of the health system. Ten years ago the NHHRC report provided a serious challenge to the prevailing assumption that the best health system is one which has a mix of private and public enterprise.

Writing five years after the Commission’s report was presented to government, Christine Bennett renewed her faith in the following terms:

Moving to a single national public funder model with a national health authority responsible to the Council of Australian Governments could provide a system-wide approach that builds on the strengths of a national funder and purchaser.

The independent national body could be an active purchaser across the continuum of services, building on the platform of activity-based funding and exploring more innovative purchasing over time. In the meantime, we could further explore ‘Medicare Select’, as recommended by the Commission, where greater consumer choice, competition and innovation in purchasing may also enable better use of our mixed system of public and private financing and provision.”

Bennett also reiterated the NHHRC’s strong belief about the need to do more for illness prevention, and the critical need for national leadership:

We need to get more serious about prevention. As with tobacco products, a package of actions is required — from education, social marketing and behavioural change through to regulation and taxation measures. It requires time, investment and the involvement and collaboration of many parts of government, the health system and society. It must be evidence-led where possible, and new initiatives must be actively evaluated.

It is unacceptable to walk away from personal and shared responsibility. We should each have the starring role in our own health and health care decisions. However, inequities mean we do not all have the same life experiences and opportunities. Health literacy, educational attainment, employment, stable housing and many other factors may affect our capacity to make healthy choices. If we are serious about the good health of Australians, we must be serious about making healthy choices easier and fairly available.

In addition to health service reform, there is a serious need for a national action plan that crosses governments and portfolios to address factors in the social environment that affect health status.

Health needs to be a live issue on the national agenda. While there has been some valuable progress, we have not yet resolved the structural flaws in funding and governance that fragment health care delivery in Australia. We have focused largely on public health financing and public hospitals but have not yet considered innovative approaches, such as Medicare Select, to better use the private sector.

We have a long way yet to go on our reform journey, and we need political leadership and strong engagement with the health sector and community as we continue to move towards a sustainable, high-quality and responsive health system for all Australians.”

We need a public debate, made simple enough to be accessible to all of us, about why Australia persists with a mixed system.

Many of the deficiencies of our health system, and much of its complexity, exist only because it is a mixed system. There is duplication and overlap, making it hard to ensure a safe, smooth passage for the patient through an episode of care. There is cost and blame shifting. There are divided responsibilities for workforce planning.

With a unitary public system it would be simpler to identify and fill gaps in services and access; and it would be easier to establish the desirable level of national expenditure on health. In the current situation people are unable to understand how the financing arrangements work.

From deluge to drought

Ten years ago the enthusiasm for radical reorganisation of Australia’s health system dried up for a number of reasons before much was achieved.

Kevin Rudd and then Julia Gillard had to focus on the consequences of the global financial crisis, as well as the turmoil within their own political ranks. They were also consumed by the search for a budget surplus and the possibilities of tax reform outlined in the Henry Tax Review.

The COAG meeting promised by Kevin Rudd to focus on health reform was held on 7 December 2009. It was agreed at that meeting “that national health reform would be a central priority for 2010”.

The assertion that the Prime Minister gave Nicola Roxon, his Health Minister, a weekend to plan and manage the transition is perhaps apocryphal. But it is clear that both Kevin Rudd and Tony Abbott (as then-Leader of the Opposition) were at the time enthusiastic about major reforms to the health system.

When the two of them debated health at the National Press Club the former was promising to take health reform to a referendum if the States and Territories failed to back his proposed change, while the latter was talking up abolishing regional health bureaucracies and moving control of hospitals (at least in the most popular states) to local boards.

This was not Tony Abbott’s only excursion into significant structural change in the health system. In his 2009 book Battlelines he said Medicare should fund dental care for every Australian. As it happened this was one of the proposals in the NHHRC’s final report: a Medicare-style scheme — labelled Denticare — for dental treatments.

However the wheel turned and the lake dried up again.

Some ground was gained and some lost. The Australian National Preventive Health Agency, proposed by the NHHRC and established in January 2011, targeted the prevention of obesity, tobacco use and harmful use of alcohol. It was abolished in the 2014-15 Budget.

Health Workforce Australia, established before the NHHRC in 2008 but which it  saw as providing a platform for a national, coordinated approach to health workforce planning, training and innovation, was also abolished in the 2014-15 Budget.

But all is not lost: we still have images of a time when fundamental health system reform was on the agenda and being seriously considered. Those images can remind us of the good times and inspire us to visit the vision splendid again some time in the future:

Health reform does not happen overnight. It takes time and patience, commitment and goodwill from all of us. But we also believe that there is a pressing need for action, and health reform must begin now.” Dr Christine Bennett, Chair, NHHRC, in letter of transmittal to Minister Roxon, 30 June 2009