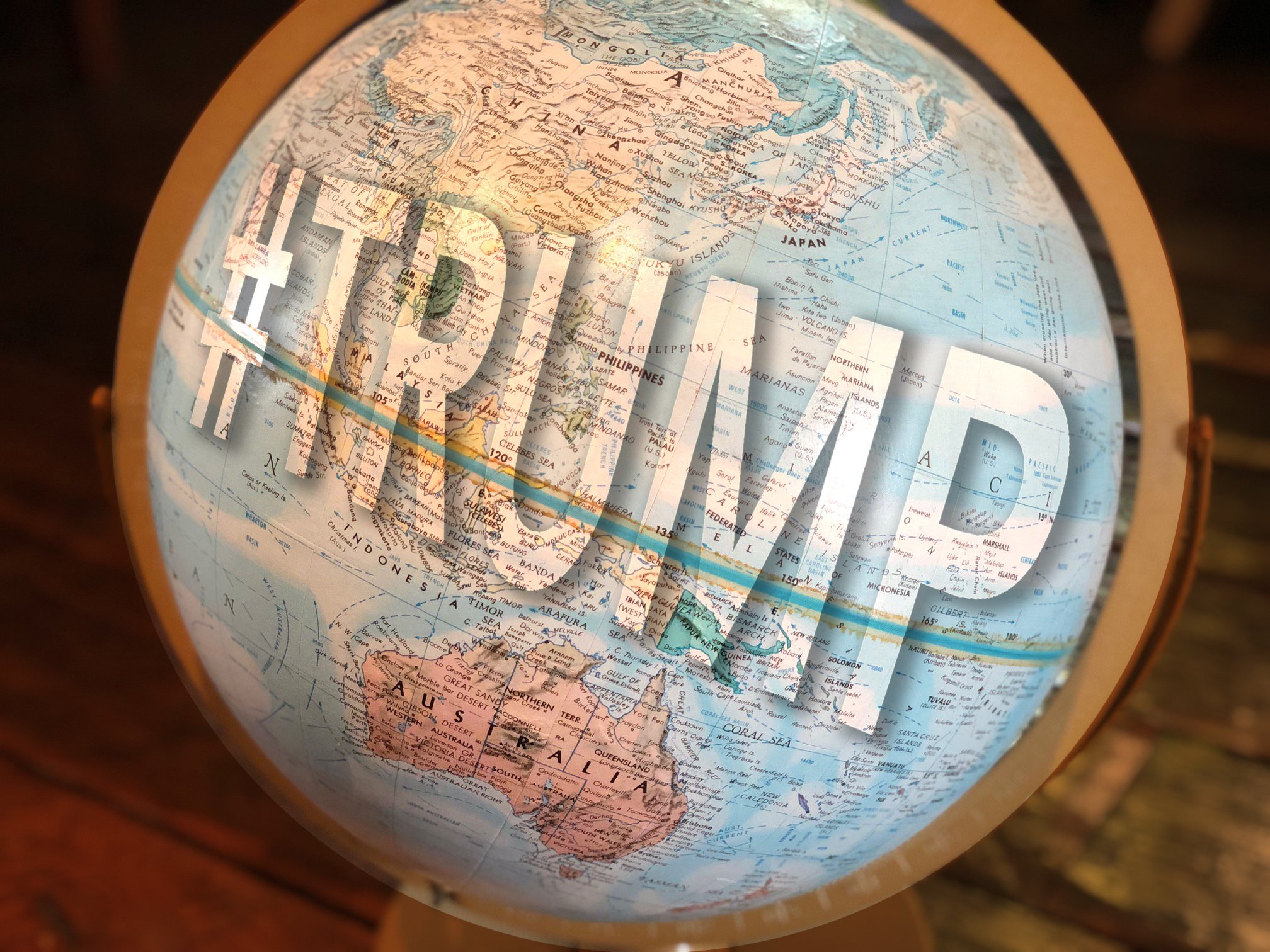 In our hyper-connected world, President Trump’s statements and actions in undermining science, evidence and experts have far-reaching effects, according to a retired senior academic, clinician and public health advocate, Emeritus Professor John Dwyer.

In the article below, cross-published from John Menadue’s Pearls and Irritations blog, Dwyer raises the question: is Australia doing enough to publicly criticise and counter Trump?

While the “Fire and the Fury” surrounding the chaos at the White House dominates media reporting on the Trump presidency, the power of the office is being utilised to implement a myriad of bad decisions that will have very long-lasting effects. Nowhere is this more obvious than in the plans Trump has to slash funding for science and medicine.

In proposing a 22 percent ($6 billion) cut to the National Institutes of Health (NIH), Trump stated that it was more important to divert money to build his “Wall”.  This is a President who has publicly voiced his doubts about the effectiveness of immunisation and the importance of climate change.

Already concerns about immigration policies are disrupting the highly productive influx of talented young scientists to the major research institutes in America, which for many years have produced significant global benefits.

Most recently Trump has summarily dismissed all the members of his HIV/AIDS advisory committee. America continues to have an alarming incidence of new HIV infections among poorer black gay and bi-sexual men, predominantly in the “deep south” of the country.

Undermining care for people with HIV/AIDS

Access to education, care and, most importantly, effective medications remains problematic. The advisory committee set up by President Obama was incensed when Trump’s cuts to the “Affordable Care” act removed funding for many HIV services.  In June of 2017, half the committee resigned in protest. Those remaining received a letter last week via Fed-Ex telling them of their dismissal.

Soon after President Trump’s inauguration, the web page of the Office of National AIDS Policy, the architect of the National HIV/AIDS Strategy, was disabled on the White House website. The President’s proposed budget included a $186 million cut in the Centre for Disease Control’s funding for HIV/AIDS prevention, testing and support services.

The AIDS Drug Assistance Program has reported that the list of people waiting for AIDS medications has ballooned to over 9,000 people, mostly poor black and brown men in Southern states. This in the richest country in the world!

Recently the chief executive and president of the important Black AIDS Institute, Phil Wilson, re-emphasised the obvious: “The key to ending the AIDS epidemic requires people to have either therapeutic or preventive treatments, so repealing the Affordable Care Act means that any momentum we have is dead on arrival. For the most vulnerable, do we end up back in a time when people had only emergency care or no care and were literally dying on the streets?”

One of the members of the advisory committee who resigned in protest in June, Scott Schoettes, a lawyer with the LGBT rights organisation Lambda Legal, noted that the make-up of the advisory committee was designed to include “doctors, members of industry, members of the community and, very importantly, people living with HIV, without whom you lose the community voice in policymaking”.  This was a truism, the importance of which was rapidly accepted in Australia.

In an interview with Newsweek, Schoettes made a statement with generic implications: “The Trump Administration has no strategy to address the on-going HIV/AIDS epidemic, seeks zero input from experts to formulate HIV policy, and — most concerning — pushes legislation that will harm people living with HIV and halt or reverse important gains made in the fight against this disease”.

The claim regarding Trump’s lack of interest in seeking advice from experts is echoed in many comments recently from US scientists who lament that it appears as if the only credential needed for any important appointment is loyalty to Donald Trump. Who can forget the discomfort of the inexperienced lawyer Trump nominated for a judgeship as his total unsuitability for such a role was mercilessly exposed at his nomination hearing.

Writing the above has reminded me of just how important it is for our politicians to respect and act upon unbiased expert advice.

In 1985, then Health Minister Neal Blewett invited me to accompany him to a meeting in Canberra with Bob Hawke. Blewett had accepted advice from his HIV advisory committee to tackle the spread of HIV with a “harm minimisation” approach that would see needles and syringes supplied to IV drug users. The rapid spread of HIV and hepatitis viruses among drug users who shared needles and syringes was a far bigger problem than the actual injection of a drug.

I was not used to being in the “corridors of power” and would learn much about political intrigue in the years to come but I had heard that Blewett was not particularly respected by Hawke and was not a member of his inner circle. When the concept was first put to Hawke, the very colourful language that greeted the proposal was not encouraging.

Blewett, however, argued doggedly that it was crucial to accept the advice of the expertise he had available from his HIV advisory committee and he won the day. In so doing he literally saved thousands of lives and the success of the subsequent program prompted its adoption in many countries with similar results.

While no Australian scenario comes close to the disaster in Washington, I do worry that we are in Australia seeing a drift away from respect for genuine expertise. Recent examples have seen our government reject recommendations from our National Health and Medical Research Council, climate experts and our own Chief Scientist.  Our media all too often present opposing opinions of anything but equal value as if they were (e.g. Catalyst on anti-lipid drugs).

Back to Trump and science for a final note.  After a year in office, President Trump has yet to name a science adviser and director of the White House Office of Science and Technology Policy. This has led many senior scientists in the US to charge that no American President has shown greater disdain for science — or more lack of awareness of the likely costs of such disdain.

At least 48 of the most senior government posts relating to science and medicine remain unfilled. This situation has world-wide implications. For example, the NIH  spends 90 percent of its $22 billion budget supporting the work of 300,000 scientists around the globe.

While there have been some signs that Congress will not allow Trump’s draconian cuts to be fully implemented, it has been pointed out that just using his presidential authority he can and has cut support for many programs that the US could ill afford to lose.

Given the global significance of the cuts Trump seeks, Australia should be heard to very clearly criticise the relevant policies being promoted by the  Trump administration.

• John Dwyer is an Immunologist and  Emeritus professor of Medicine at UNSW and was  much involved in efforts to address the management of the HIV epidemic in Australia. This article is cross-published, with permission.

Croakey readers may also be interested in this article, The evidence is in on Trump; This MLK Day brings a reckoning on silence, in which Brookings Institute researcher Andre M. Perry, urges organisations and leaders to end their silence on Trump’s racism and sexism.

He writes that: “Too many stand in silence and complicity as Trump abuses the office of the Presidency with the weapons of bigotry and divisiveness”.

Perry cites Martin Luther King, Jr: “Our lives begin to end the day we become silent about things that matter. In the end, we will remember not the words of our enemies, but the silence of our friends.”

PrevPreviousHealth leaders invited to provide feedback to update Labor’s National Platform
NextAmid fears of an escalating nuclear threat, the media is failing in its duty to the publicNext