The National Rural Health Alliance and Australian Council of Social Service have released a joint report, putting the spotlight on poverty in rural and remote areas.

Thanks to pharmacy student Ben Crough for covering the launch of the report in Tamworth yesterday.

The NRHA and ACOSS held an Anti-Poverty Week public meeting in Tamworth yesterday to present the findings of a report which they have been collaborating on for the last six months.

The report says that people who live in poverty in rural and regional Australia face additional burdens, including reduced access to health services, transport difficulties, inadequate local infrastructure, and vulnerability to drought and other natural hazards.

It said that limited employment opportunities, combined with the centralisation of services, are major causes of rural and remote poverty.

Dr Jenny May, a Tamworth GP and NRHA member, said the trigger for the report was the “deplorable” situation faced by people trying to live on the Newstart allowance, which was a “double whammy” for those coping with the pressures of rural and remote living.

May said that providing only $35 a day for household, health, education and living expenses was not near enough.
She also reiterated the report’s finding that it is not just people who do not have jobs that are affected.

Households existing on a minimum wage income are also affected. Similarly, May commented that many farmers also struggle, being income poor and asset rich.

Dr David Briggs, Chairman of the New England Medicare Local, presented a snapshot showing the services provided by the ML, including:

• 9000 mental health consults to people in 22 communities in the region free of charge
• 22,500 episodes of care provided to Aboriginal people of the area
• 9,700 Allied Health consults provided.

Prior to his talk, I was told how the ML needed more flexible arrangements to help address some of the concerns identified by the report.

Briggs mentioned that with the Government looking at the work of Medicare Locals around the country, he welcomed the prospect of there being cuts to the extensive red tape and reporting requirements currently placed on MLs.

He said “the micromanaging and constant reporting were a hassle to continued work on successful programs”. It was hoped that the current model of program funds be put into a discretionary pool where the ML can decide what to do with the money and what programs they need to fund for their population.

Aunty Yvonne Kent welcomed the meeting to Country, and highlighted the importance of the problems identified by the report. She also raised concerns that many young kids in the area are couch surfing.

Rosemary Young, from Friends of the Alliance and Former Director of Frontier Services, described the stresses that poverty places on families and communities. On the other hand, rural and regional Australia was made rich by community support and engagement, although this had declined over the years.

Dr Tessa Boyd-Caine, CEO of ACOSS, said that single parent and disability payments were over represented in rural and remote areas.

She said PM Tony Abbott had promised to leave nobody behind, and that ACOSS plan on holding him to this.
The meeting also heard from representatives of Joblinkplus in Tamworth, Tamworth Family Support Services, RichmondPRA and the Vice President of the CWA NSW.

The following examples of the Twitter feed give an idea of the energy of this important event. 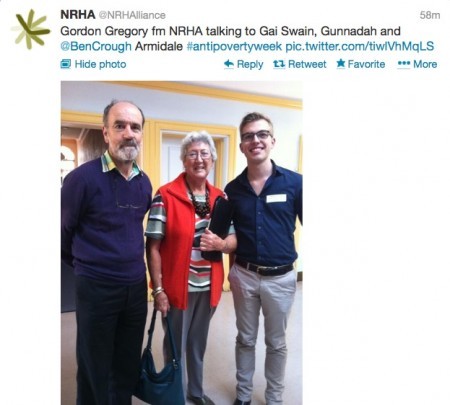 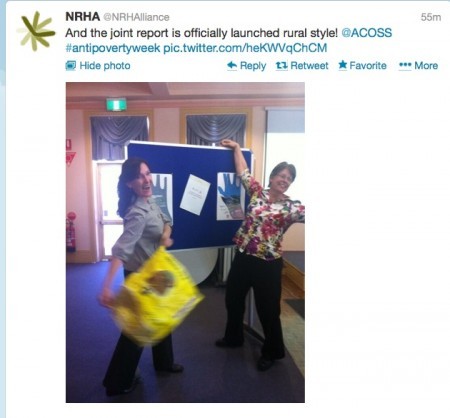 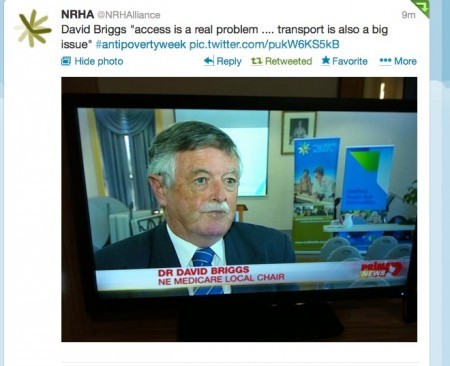 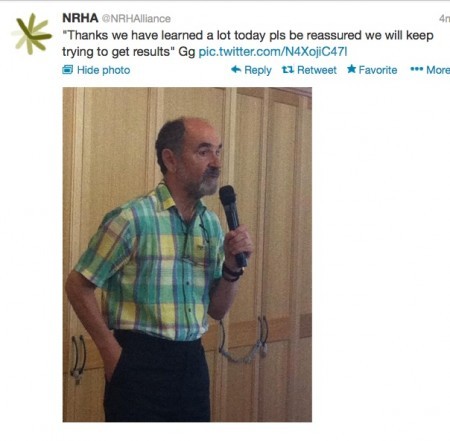