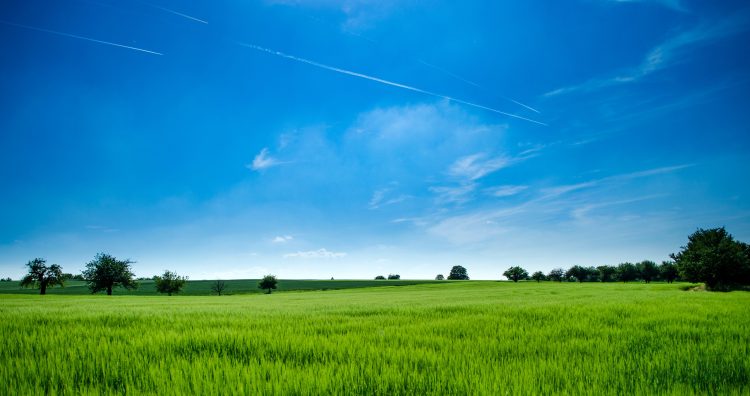 Photo by Ákos Szabó from Pexels

Thank you to The Lancet for publishing a fully referenced, evidenced-based report on how to feed an increasing world population with a diet that’s both healthy and sustainable. Over two years and after much diligent research, 37 experts from 16 countries with expertise in health, nutrition, environmental sustainability, food systems, economics and political governance have produced this comprehensive EAT[1]– Lancet Commission report. Their recommendation? Serious and extensive changes are needed to our food production system. 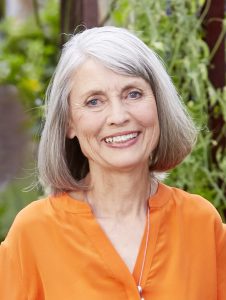 With a couple of days after this report’s release, the mainstream and social media are flush with criticism. Most comes from those with a vested interest in the current unsustainable way of eating. Sadly, from the comments, it appears these people haven’t actually read the report. So let’s take a look at what it really says.

Basically, the advice is that we need a major transformation in our eating habits and food production. Reducing food waste and increasing food production are important aspects and usually given lip service by governments and many sections of the food industry, but on their own, they’re not enough to provide a sustainable diet on a global level.

Get out of silos

Those responsible for health, transport, agriculture and environment, trade and education need to get out of their silos and work together. And they’ll need to act quickly because food production is a major driver of climate change and the task is urgent. Agriculture occupies 40% of global land, and food production is responsible for up to 30% of global greenhouse-gas emissions and 70% of freshwater use. Modern methods of cultivation also contribute to biodiversity loss and the way nitrogen and phosphorus are used (actually mis-used) is unsustainable. We need to re-assess how we use our land and how we restore land that has been degraded.

The report is also based on the fact that billions of people do not have access to a secure and healthy diet and are undernourished. There are also widespread diet-related health problems related to the typical western-style pattern of highly processed, sugary, fatty and salty foods bolstered by a high intake of animal foods. At the same time, these diets are low in healthy plant foods such as legumes, nuts, seeds, fruits and vegetables.

Many countries have dietary guidelines. Like some others, Australia follows the World Health Organisation’s recommendations and bases the guidelines on foods and dietary patterns. However, governments spend little on promoting healthy eating and there’s stiff competition from heavily promoted junk food products. It’s not surprising, then, that modern diets are dominated by a high consumption of animal foods and highly processed products. The typical unhealthy eating pattern so common in countries such as the United States, Australia and parts of Europe is now being promoted and taken up in China and some other Asian countries. This is neither healthy nor sustainable.

If we are to have any hope of producing healthy and sustainable food for the growing world population, we have no choice but to reverse what the EAT-Lancet Commission terms ‘our current lack of synchronisation with the planet and nature’.

Sections of the global processed food industry – and indeed, many health authorities – have focussed attention on nutrients rather than food patterns. In many countries, including Australia, this has led to a large range of highly processed products fortified with various nutrients. Marketing these is profitable for companies, but their sales distort the diet. Snack bars, crisps, sugary breakfast cereals and various sweet drinks are basically junk foods, even if they have added protein, vitamins or minerals.  It is not sustainable to devote scarce resources to such products. To make it worse, the more people consume highly processed foods, the lower the emphasis on healthy plant foods.

The overwhelming need is to choose foods that meet nutritional needs more sustainably. Food patterns will differ in different parts of the world and the recommendations note this. The report also recognises that parts of the world where nutritional deficiencies occur may need specific variations. These can be addressed principally by healthier and more sustainable food patterns and more equitable use of resources.

To recommend food patterns that promote health and sustainability (emphasising the need to minimise greenhouse gases associated with food production as well as increase biodiversity), major recommendations are for a large increase in consumption of legumes, nuts, fruits and vegetables and a decrease in sugar and, globally, red meat. With grains, wholegrain products are preferred.

This has raised the ire of those who favour red meat, either because they are involved in producing or selling it, or because they have an ideological desire to push diets based on macronutrient such as low carb/high protein/high fat.

The whole idea of judging a diet by its macronutrient content doesn’t make nutritional sense. For those with such obsessions however, in the EAT – Lancet recommendations, carbohydrate sources are mainly wholegrains, fruit and legumes. In keeping with evidence, added sugars are restricted to just 5% of daily energy.

Diet based on plants

Although the report promotes the need to base the diet largely on plant foods, it includes suggested quantities of a range of foods to accommodate omnivorous eating patterns as well as vegetarian or vegan. If you like labels, this is a flexitarian approach as shown by the range of daily recommended quantities for both animal and plant foods.

Recommended quantities per day in their healthy reference diet include:

Each recommendation comes with an extensive list of impressive references. For example for red meat, 8 meta-analyses, 1 review and 16 cohort studies have been included.

The report also discusses producing animal protein by raising animals on grassland unsuited to crop production, or using by-products arising from agricultural crops or food waste. These, and having grass-fed rather than grain-fed beef, could make higher levels of intake possible in some areas, but the recommendations are lower than is consumed in most wealthy countries.

Let’s hope our government and all sections of relevant industries take note of the independent experts who have authored this report. They are thinking of the world our children and grandchildren need.

My overwhelming first impression was that the authors – and indeed, the Lancet– showed admirable bravery in their endeavours.

Any consideration of sustainability gets the thumbs down from most sections of the food industry. Governments, including in Australia, then react to the lobbying by these companies and industry sectors by limiting any discussion of sustainability to general recommendations to minimise waste and avoid overconsumption. These are important issues, but they’re not enough on their own in the face of climate change.

As we’ve seen in the few days since the report was released, any recommendation to reduce consumption of red meat meets resistance from the paleo or low carb enthusiasts. These people use social media extensively, tweeting comments that indicate they have not read the report. The most obvious examples are claims that this report recommends the whole world should adopt a vegan diet by 2050. It does no such thing.

For the food system to change and for healthy diets to be available to all requires not only food production and consumption patterns to change, but also needs the active involvement of many government and food industry sectors. Our survival, and that of the world’s food system, should not be just survival of the fittest, either for populations or food industries. That will take a total transformation. This new and valuable evidence-based report deserves attention. Read it. Available for free download at https://www.thelancet.com/journals/lancet/article/PIIS0140-6736(18)31788-4/fulltext#seccestitle660.

[1]EAT describes itself as ‘a global, non-profit startup dedicated to transforming our global food system through sound science, impatient disruption and novel partnerships’. It is based in Norway and was founded by the Stordalen Foundation, the Wellcome Trust and the Stockholm Resilience Centre. It has links to the World Economic Forum.