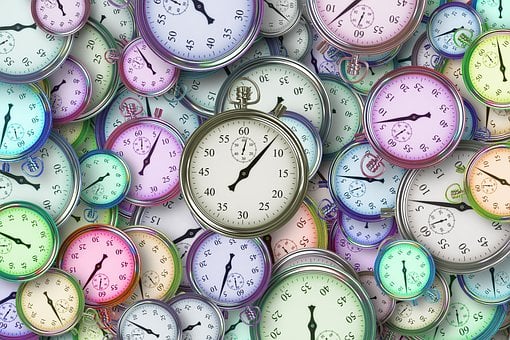 The future of work: risk, opportunity and more

Submissions vary enormously, with some such as AirTasker seeing it as an opportunity to advertise their work and others such as the joint submission of the Australian Medical Association and the Australian Salaried Medical Officers Federation making an offering more suitable for an industrial hearing.

But others were more interesting. Here’s a selection.

Speech Pathology Australia recognises that telepractice may address some of the issues of inequity of access to speech pathology services in Australia and that demand for this service delivery model is increasing. It is critical that the outcomes from speech pathology services using telepractice are at least comparable to current clinical care. In addition telepractice services may offer the opportunity to enhance existing models of care. Speech Pathology Australia acknowledges that the evidence-base for telepractice is rapidly evolving and that as technology and communication infrastructure becomes more sophisticated and accessible this evidence-base will continue to grow.

Live Well Tasmania, an NGO with a mission to help youth achieve wellbeing via a whole of community wellbeing approach, said:

Having meaningful work is a vital part of health and wellbeing. There is a crisis of disconnection from meaningful work that has significant consequences for our future. Technological development means that work can now be a means for every person to discover their ‘calling’ or ‘comparative advantage’

The changing nature of work has had profound consequences which include the trend for a reduction in private sector jobs focusing on producing material goods, due to a combination of automation – one crucial consequence of which is that we now have a ‘post-scarce’ society, we can produce all the material goods we need with a fraction of the workforce we once did (Streithorst, 2013), and a lack of demand because of low wages also reduces employment. Secondly currently and into the future work opportunities require ‘21st Century’ skills, and hence transformation of educational systems. Whether it is considered the major priority of policy is to increase global competitiveness, or address social, economic and environmental sustainability, the policy recommendation is the same – we must invest in people, including in our capacity to be innovative and engage in lifelong learning

Given the above points, a job guarantee (especially for our youth) is essential for well-functioning societies. Community-led projects, in particular using schemes like Time Banks, can address many of the issues mentioned above. They are also an effective means of managing job guarantee programs. It is in community settings that the multiple barriers many disadvantaged and long-term unemployed experience can also be addressed.

The main conclusion of this submission is that the changed conditions of today’s world such as post-industrialism including high levels of automation, mean we can now focus work on things like health and education, which dramatically affect quality of life.

The Centre for Future Work is part of the Australia Institute. After a fairly standard submission regarding education and training, it offered more.

In sum, the common, defeatist conclusion that the quantity and quality of work is out of our collective control, driven instead by inexorable forces of technology and competition, is quite wrong. Society absolutely retains the power to set clear rules, benchmarks, and expectations regarding how technology is applied, and how work is organised. We can attain a future of great work, great living conditions, and strong families and communities, if we are willing to exercise this power to build an effective, inclusive labour market.

The ACTU calls its submission ‘Greater inequality and insecurity unless we act’:

The OECD has found that globalisation and technology have already had a mutually-reinforcing effect of hollowing out the labour market, showing a decline in middle-skill/middle pay jobs in advanced countries throughout the OECD and a rise in low-skill/low pay and high-skill/ high pay jobs. Highly-skilled workers have tended to benefit relatively more from technological change, whilst the share of employment in middle-skilled jobs has decreased. Low and medium-skilled workers are most at risk of technological displacement and job polarisation. There is a real risk of an exacerbation of the trend towards lower job quality in the middle and bottom of the labour market. Strong unions are essential in ameliorating these polarising effects. OECD research confirms, for example, that “stronger unions reduce the effect of ICT [information and communications technology] on bottom polarisation.”

One reason that, without intervention, technological change is likely to exacerbate income inequality is the opportunities it provides for circumnavigating labour standards. Another is because technology and automation tend to substitute for routine tasks but complement non-routine cognitive tasks. This tends to support job polarisation as routine tasks exist in jobs requiring low and middle levels of education but routine tasks are even more prevalent in the middle educated (and middle earning) group of workers. Non-routine, non-manual work tends to be unaffected by growth in ICT, whereas those industries that experience the fastest growth in ICT tend to have the fastest falls in demand for workers with intermediate education levels. In addition, in an environment where worker’s power is low, the benefits from technology-driven productivity improvements are likely to continue to go disproportionately to capital owners rather than workers, thereby exacerbating both income and wealth inequality.

[An] Australian study, by Hugh-Whyte et al. published by CEDA in 2015 … conclude[s] that occupations most likely to be affected include labourers, machinery operators, drivers and clerical workers, whilst personal service workers and professionals are least likely to be affected, although some particular jobs in these groupings are still at high risk of automation. Overall, they contend professional, technical and creative jobs are least susceptible to automation. The researchers’ preliminary analysis suggests jobs in outer urban areas have a higher probability of computerisation than inner urban areas and regional areas are more susceptible still, particularly regional areas with high dependence on mining such as in Western Australia and Queensland.

So … there is no doubt that technological change will bring about changes in the workforce. How quickly? That’s hard to assess, but Google points out that most changes take place more slowly than we expect in the short term, and more quickly than we expect over the medium to longer term. Will the changes be useful? On the whole, yes? But will benefits be distributed equally? Probably not. They usually aren’t.

PrevPreviousNursing conferences are creating waves on Twitter, but what about the wider media landscape?
NextWhat does Croakey News actually do? So glad you asked…Next