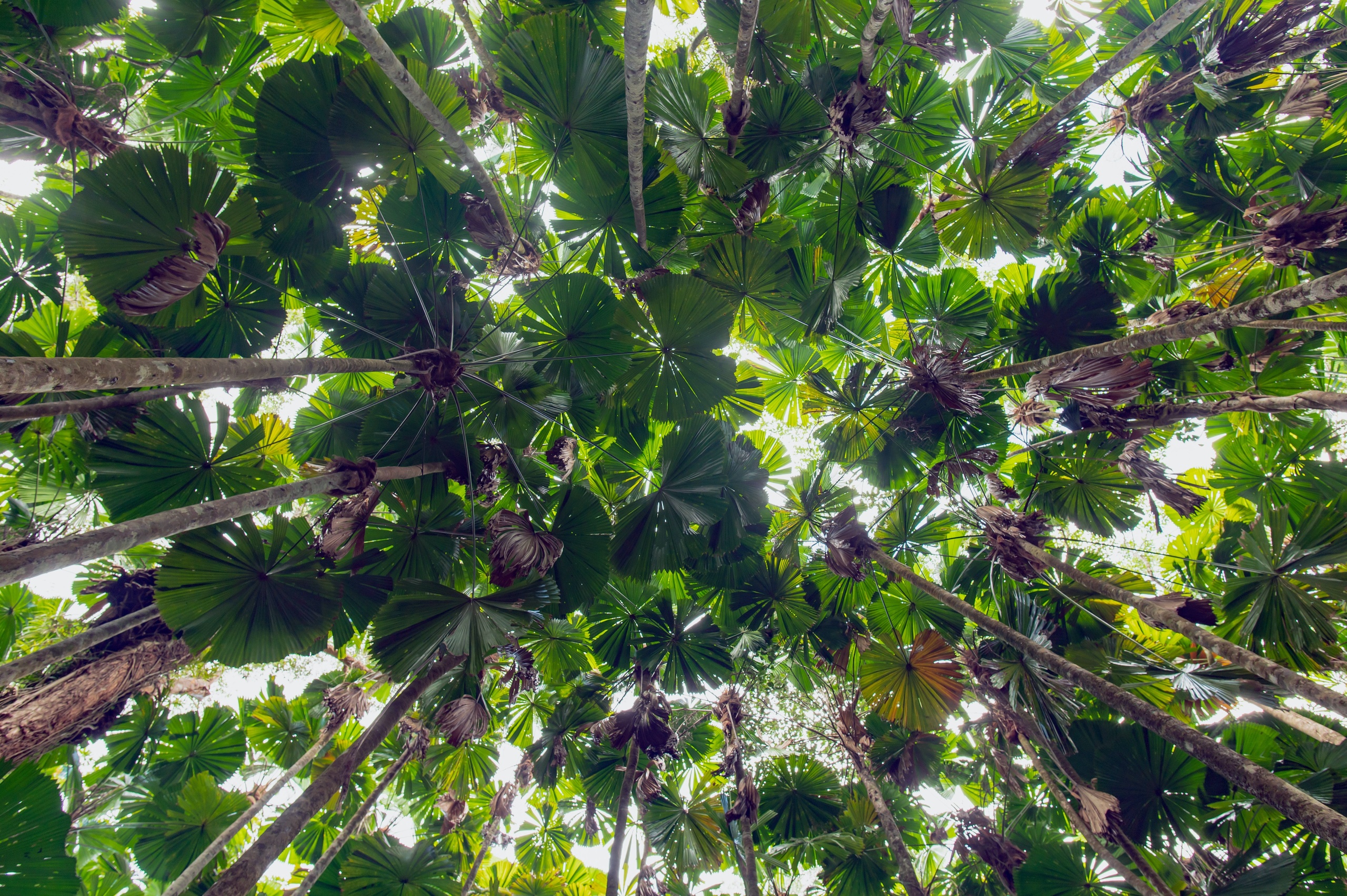 Introduction by Croakey: The 2022 United Nations Biodiversity Conference (COP15) in Canada has ended with a landmark agreement to steer global action on protecting nature – the “Kunming-Montreal Global Biodiversity Framework” (GBF).

Delegates at COP15 adopted the Framework including four overarching goals and 23 targets to address “the dangerous loss of biodiversity and restoring natural ecosystems”.

Without action on targets that include protecting 30 percent of Earth’s lands, oceans, coastal areas, and inland waters, reducing harmful government subsidies by $500 billion annually and cutting food waste in half by 2030, “there will be a further acceleration in the global rate of species extinction, which is already at least tens to hundreds of times higher than it has averaged over the past 10 million years”, the GBF warns.

In the article below, first published in The Conversation, Bekessy and colleagues outline some of the positives, as well as the negatives from COP15 negotiations, highlighting that some of the main “sticking points” surround funding and the slow pace of targets.

“We can’t wait until 2050. 28 years of more species loss will leave the diversity of life depleted, undermining our environments, food systems, culture and way of life,” they write.

The First Nations Leadership Council in Canada has called for COP15 members to better support Indigenous leadership on biodiversity, noting that while global Indigenous voices are increasingly being included at COP15, “Indigenous peoples continue to be left out of decision-making”.

“The Convention on Biological Diversity, as with many other United Nations processes, is a state-led process in which the rights of Indigenous peoples are not guaranteed in any outcome. Despite these limitations, grassroots Indigenous organisers, and particularly the youth, have worked diligently to advance Indigenous priorities for conservation and biodiversity in a space that was not made for them.”

See also the Twitter comments beneath this article, highlighting the significance of the agreement for One Health approaches.

Billed as the event that’ll determine the fate of the entire living world, the United Nations’ COP15 nature summit has wrapped up in Canada with a historic deal, which includes protecting roughly a third of nature by 2030.

The planet is entering its sixth mass extinction event, and new evidence suggests the crisis is twice as bad as scientists previously thought. The new global agreement – called the Kunming-Montreal Global biodiversity framework – saw 196 delegations commit to 23 targets to stem this tide of extinction. Its aim is to pave the way for humanity and nature to live in harmony by 2050.

The framework is a game-changer for global biodiversity, but it isn’t perfect. There remains a few sticking points – primarily regarding funding and firm targets – and not all world leaders are pleased with the outcome.

Australia is a global leader in wildlife extinctions, so has a special part to play in the negotiations. In a refreshing departure from some previous efforts at COP meetings, Australians can be proud of our representation at this one, arguing for strong targets and promising to host an international nature summit in 2024.

Bringing down the gavel

After four years of negotiations, including two years of delay due to COVID, the framework was adopted at 3:30am Montreal time. Controversially, the deal was declared despite objections from some wildlife-rich African countries.

In particular, a representative from the Democratic Republic of Congo said the nation couldn’t support the agreement. They argued that a separate fund should be developed from rich countries to support poorer ones to protect their biodiversity.

Australia has a lot on the line at these summits. Like Congo, Australia is one of 17 “megadiverse” countries, which together account for over 70 percent of Earth’s biodiversity. Yet, we lead the world in mammal extinctions and 19 of our most important ecosystems, such as the Great Barrier Reef, are collapsing.

We’re pleased to see that Environment Minister Tanya Plibersek championed many critical inclusions of the agreement, including:

Some of these aspirations were included in the final agreement, most notably including the 30 percent protection target and targets for restoring degraded lands.

Some were watered down, including the timing of the goal to achieve zero new species extinctions (delaying its achievement until 2050) and relying on generic language of “urgent management action”.

Some, such as language on the “circular economy”, didn’t make it in. And explicit targets were removed from earlier drafts regarding the regulation of plastics and pollution, instead replaced with generic language of “prevent” and “reduce”.

Many positives to celebrate

Hugely important is the target to protect and conserve 30 percent of the planet. This will focus on areas rich in biodiversity, such as the grasslands of the Victorian volcanic plain, and ensure these areas are well connected and representative of different habitats.

But while declaring new protected areas is critical, declaration alone is insufficient.

To be effective, protected areas need strong investment and active conservation management of, for example, invasive species and climate change. Many of Australia’s protected areas, including national parks, are heavily impacted by deer, rabbits, goats, foxes and feral cats and more.

Another important part of the agreement is to see at least 30 percent of degraded inland water and coastal and marine ecosystems under effective restoration by 2030. This is in addition to increasing protected areas to be 30 percent of the planet.

We were also happy to see over a thousand businesses present at COP15, from IKEA to H&M Group to Unilever. More than 330 business leaders called for a strong final agreement, including the requirement for businesses to disclose how their operations impact and depend upon nature.

This is a significant turnaround from previous COPs, and has been hailed by Eva Zabey, from global coalition Business for Nature, as helping “reset the rules of our economic and financial systems”.

Unfortunately, the final text of the agreement removed targets to halve business impacts on biodiversity, and disclosure of impacts is only required for large and transnational companies.

Going forward, it’s crucial to ensure these rights are respected in implementing targets such as 30×30.

Given the important role of Indigenous Protected Areas in the makeup of Australia’s network of protected areas, properly resourcing and supporting these places and communities will be critical for Australia to meet its biodiversity targets.

Some negatives to lament

COP15 saw a strong push for more funding to flow from wealthy countries to support developing countries to protect and recover their biodiversity. But representatives from Latin American, Africa and South East Asia walked out of meetings last week in protest that they weren’t being heard.

The eventual agreement was for US$30 billion per year to flow from wealthy to poorer countries by 2030. But these commitments are not legally binding and detail is yet to be negotiated.

The biggest disappointment in the new Global Biodiversity Framework is the slow pace of key targets. For example, Australia has now committed to prevent any further human-caused extinctions by 2030 – an aspiration the rest of the world should have formally adopted.

We can’t wait until 2050. 28 years of more species loss will leave the diversity of life depleted, undermining our environments, food systems, culture and way of life.

In the original text drafted ahead of the summit, there was explicit reference to achieving a “nature positive world” by 2030. “Nature positive” refers to world where nature is regenerating rather than depleting.

But this framing didn’t make it into the final agreement, and will need to be progressed in other ways.

How can Australia do better?

Australia was less vocal on how the 70 percent of land outside global protected areas is to be managed, and on ensuring sustainable consumption.

These are areas requiring stronger ambition and leadership, given so many native, threatened species depend private land. Indeed, habitat loss is a prevailing driver of extinction in Australia.

An estimated A$2 billion of targeted threatened species recovery funding is needed each year to avoid extinctions and recover Australia’s threatened plants and animals.

But Australia has been criticised for the lack of funding committed to biodiversity and threatened species recovery, compared to less biodiverse countries such as Germany and France.

Ultimately, there is plenty to be hopeful about. Biodiversity has never been so high on the agenda of political and business leaders worldwide. We now have a new global commitment to “halt and reverse” the extinction crisis with some tangible targets that the 196 signatories must respond to.

With this crucial agreement in place, governments, businesses and communities must now figure out how to put the agreement into practice.

But time is of the essence. If we let our planet sink into the depths of the sixth mass extinction, generations to come will not see the end of it. It will take tens of millions of years to recover.

Governments have consistently failed to meet targets set for nature in previous global meetings. So we must now develop mechanisms to hold governments accountable and to collectively undertake the serious work ahead, to ensure we protect and recover our biodiversity.

Sarah Bekessy is Professor in Sustainability and Urban Planning, and Leader of Interdisciplinary Conservation Science Research Group (ICON Science), RMIT University. Bekessy receives funding from the Australian Research Council, the National Health and Medical Research Council, the Ian Potter Foundation and the European Commission. She is a Councillor of the Biodiversity Council, a Board Member of Bush Heritage Australia, a member of WWF’s Eminent Scientists Group and a member of the Advisory Group for Wood for Good.

James Fitzsimons is Adjunct Professor in Environmental Sciences, Deakin University. Fitzsimons is Director of Conservation and Science with The Nature Conservancy Australia, is a Councillor of the Biodiversity Council and a Board member of the Australian Land Conservation Alliance.

Rachel Morgain is a Senior Research Fellow, School of Ecosystem and Forest Sciences, The University of Melbourne. Morgain is Acting Executive Director of the Biodiversity Council. She receives funding from the Ian Potter Foundation, the Rendere Trust, the Hermon Slade Foundation, the Victorian Government, the Nature Conservancy, the Australian Conservation Foundation. She is a knowledge broker with NRM Regions Australia.

Rebecca Spindler is Adjunct Professor, UNSW Sydney. Spindler is Executive Manager for Science and Conservation at Bush Heritage Australia, is a Councillor of the Biodiversity Council and a member of the NSW National Parks and Wildlife Service Advisory Committee. 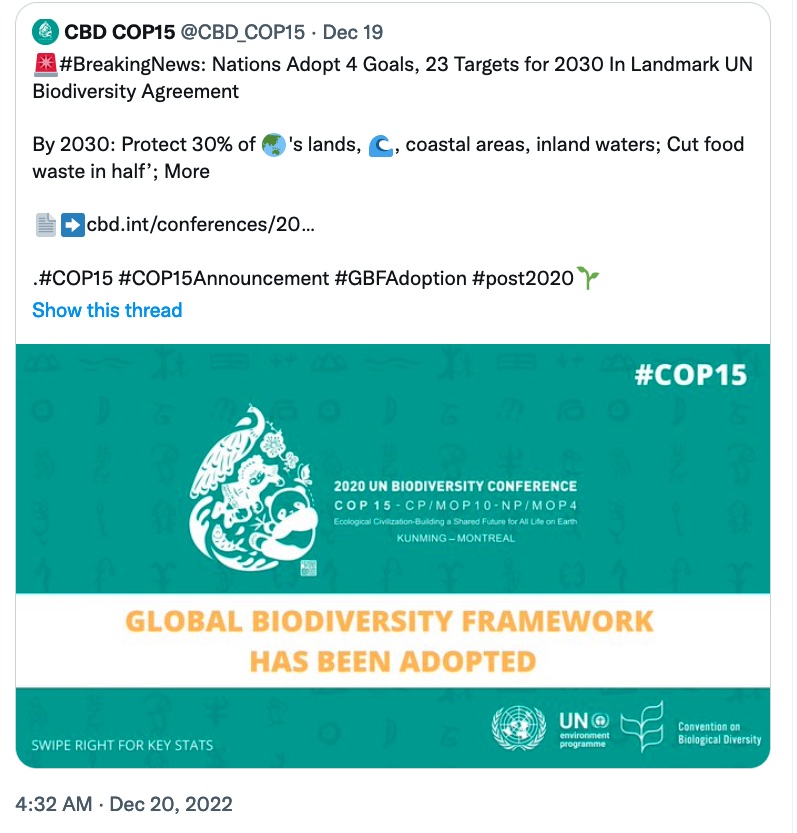 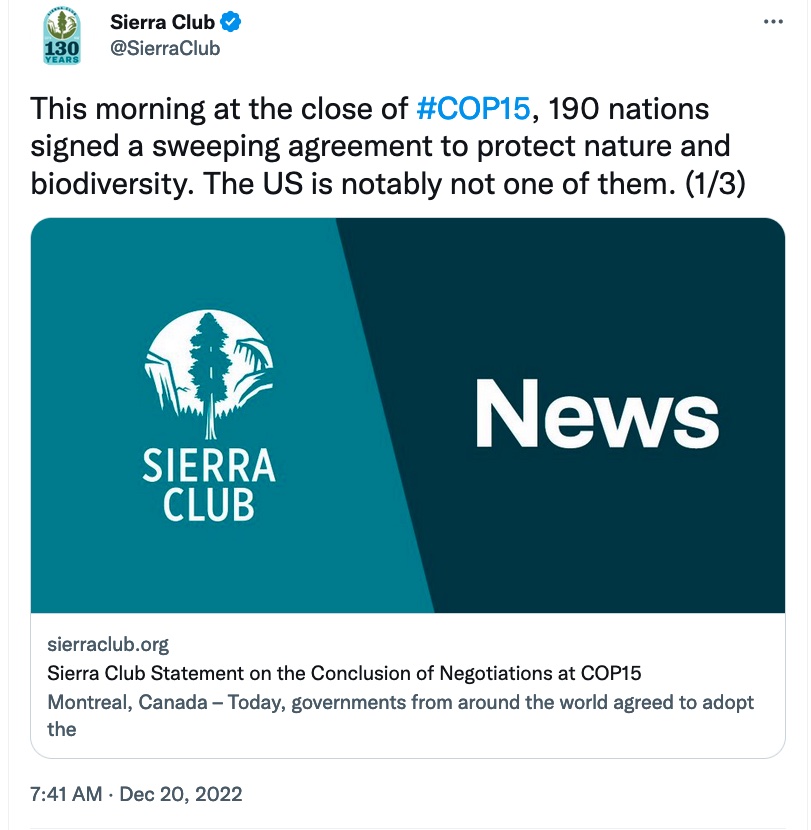 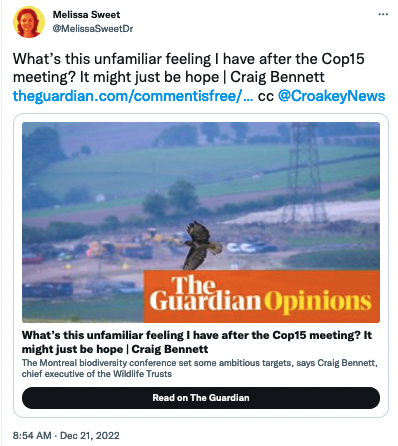 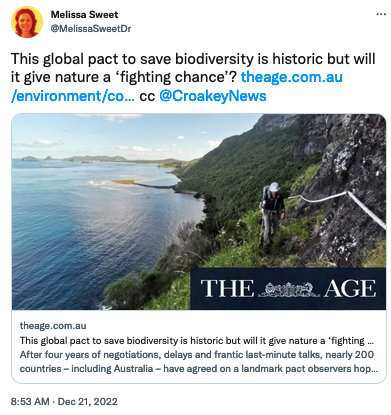 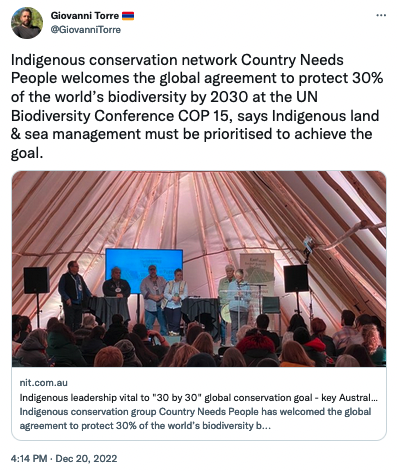 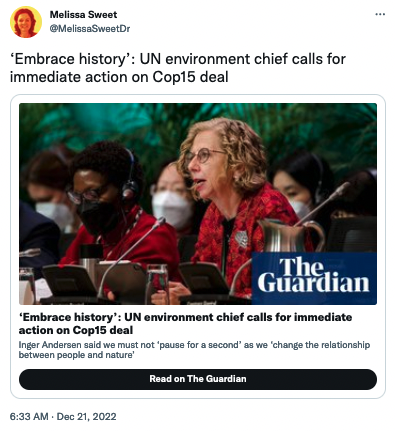 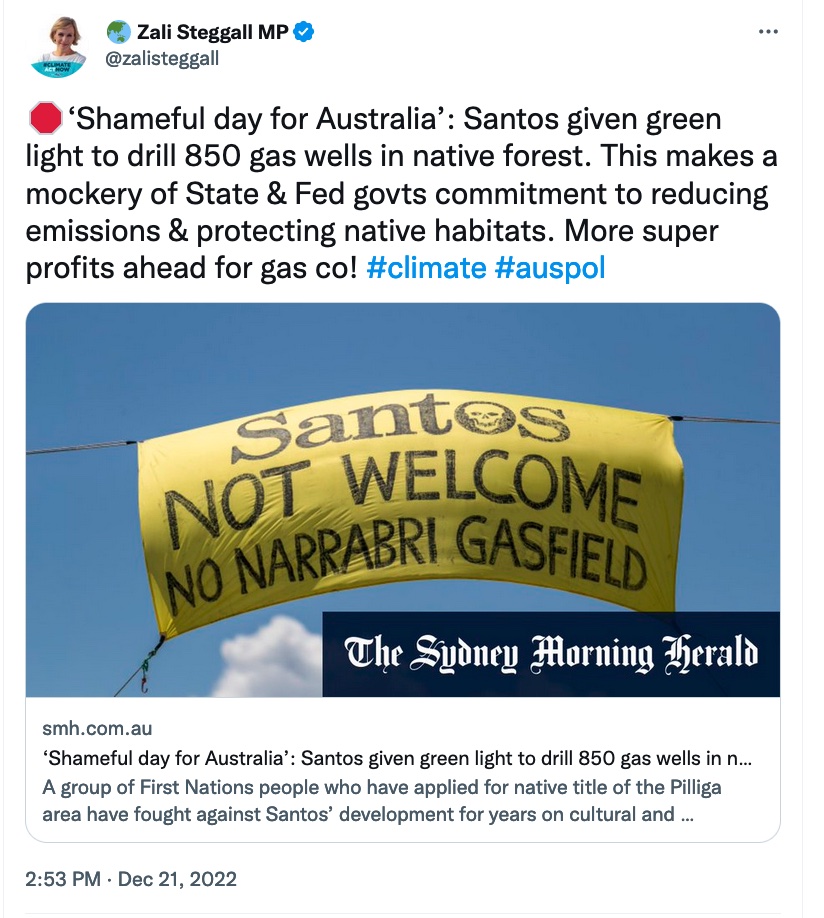 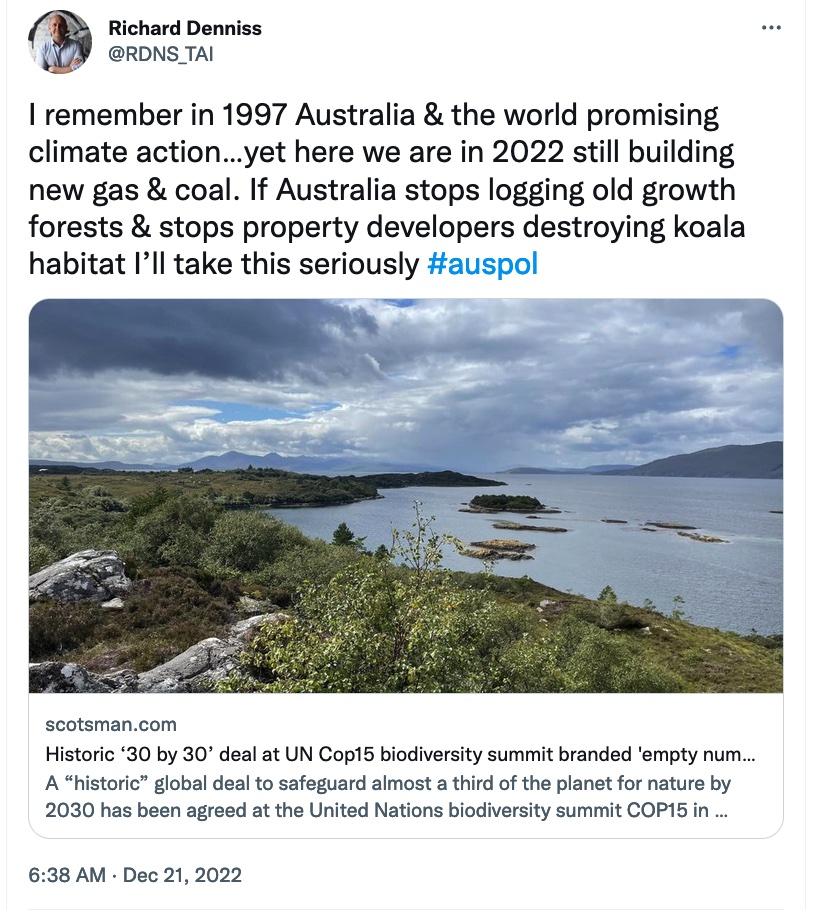 See Croakey’s archive of articles on health and nature.