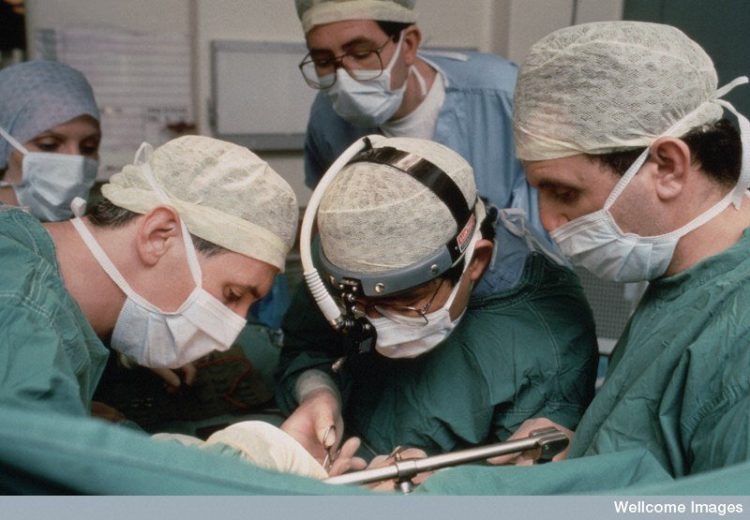 We often talk of a ‘public’ and a ‘private’ health system in Australia as though there were two discrete and unrelated systems of care operating.  In reality, the two ‘systems’ are inextricably linked, with funding, providers and patients moving back and forth between the two through a complex series of dynamic and inter-related processes.

Understanding how these processes work is essential if we are to improve the efficiency of resource allocation in this area and ensure that all Australians can access specialist care at a fair price.  The failure of many initiatives to promote increased access to specialist care, such as safety-net schemes and (many would argue) the private health insurance rebate, is often due to a lack of understanding of the complexity of the system on the part of governments and their advisers.

In the following piece, originally published in Pearls and Irritations, Dr Lesley Russell, unravels this web of relationships to identify the drivers of costs and behaviours in specialist care and identifies the gaps in information required to develop a more evidence-based approach to this important area of health care.

Australia has always declared that is has a mixed public – private healthcare system and the two systems are intimately and intrinsically interrelated. Despite this, the individual roles and functions of the public and private delivery of healthcare have never been clearly articulated, leaving support for each contingent on the political ideology of the day.

The focus is most often on private health insurance (PHI), because for most Australians this helps fund access to private healthcare delivered in private facilities. There is an ongoing debate, heightened as premiums, patients’ out-of-pocket costs and government costs all continue to rise, about the failure of PHI to deliver value for money both to those who hold insurance and to the federal government which provides a large and growing PHI rebate to encourage uptake.

Two key factors must be considered in this debate and for any resolutions that result from the current series of position papers and government consultations and advisory groups the Turnbull government has established to address concerns: firstly, that Medicare is the major funder of privately provided surgical and medical services; and secondly, that many of the specialist doctors who deliver these services work in both the public and private systems.

There are additional factors that complicate the situation: what PHI covers for hospital services is linked to what Medicare covers and most PHI benefits are capped or otherwise restricted. Importantly, healthcare this is not a competitive marketplace. The specialist medical colleges control the number of specialist doctor, access to private hospitals and specialists in rural and remote areas is limited, hospitals (both public and private) have rules for the private doctors who work there, and PHI funds structure policies to limit patient choice of facilities, providers and services covered.

This little-acknowledged intertwining of public and private has consequences, both intended and unintended, that include robbing Peter (the public system) to pay Paul (the private system), gaming the Medicare safety nets, some specialists charging exorbitant fees, growing elective surgery waiting times for some procedures in public hospitals, and healthcare disparities and inequities.

It can be argued that this is what the Turnbull Government wants. Despite a budget crunch, there has been no attempt to rein in the costs of the PHI rebate, even as the freeze on Medicare fees has been extended. There is official acknowledgement that PHI can enable people to access care based on money rather than need – the Department of Health website states that PHI “may offer shorter waiting times for some services”.

Neither the Harper Competition Review nor the National Commission of Audit seriously considered how competition policy could be applied to the PHI industry, opting instead for a recommendation for a “lighter touch” in its regulation, and there was no attempt to address the closed shop that operates in specialist medical care.

Who pays for what

For procedures and attendances in private hospital and surgery facilities, Medicare covers 75% of the Medicare Benefits Schedule (MBS) fee. Most hospital insurance policies cover the additional 25% of the MBS fee (and don’t provided anything for items that are not listed on the MBS). However, m a specialist can charge whatever they wish: very few charge the MBS fee and some simply charge like wounded bulls. Some surgeons working in private hospitals are charging more than ten times the recommended fee, leading the Royal Australasian College of Surgeons (RACS) to call out inappropriate fees as unprofessional and unreasonable.

Depending on the policy purchased and agreements (generally unknown to the public) that individual funds have struck with individual specialists, PHI may pay the gap or, more likely, some part of the gap, between the MBS fee and the specialist’s fee. These provisions both encourage excessive fees and help hide them from public scrutiny, but almost always, regardless of PHI status, the patient is left out-of-pocket.

I went looking for specific financial information about procedures which are most likely to be performed in the private sector such as hip replacement and prostate surgery – the sort of search many prospective patients would make. With no requirements for financial transparency, it’s very hard to find the actual costs. The summaries on orthopaedic surgeons’ websites rarely list all the costs involved (diagnostic procedures and in-hospital rehabilitation are noticeably absent) and never give the dollars associated; they do however all acknowledge that the patient will bear some expenses.

The Surgical Variance Reports prepared by the Royal Australasian College of Surgeons (RACS) and Medibank are very useful, but unlikely to be found and be readable by the average patient. These reports highlight the variations in practice and charges and offer a route to improving clinical outcomes, patient care and financial transparency.

The orthopaedic report shows that the average cost in 2014 for a hip replacement (the total paid by Medicare, Medibank and the patient) was $27,310, but varied from $18,309 to $61,699. This includes all charges by the hospital, doctors, diagnostic providers and for prostheses items. The average patient out-of-pocket cost for the principal surgeon was $1,778 but could be as high as $4,057 – however 47% of surgeons did not charge a gap payment.

The out-of-pocket cost for other services (anaesthetist, assistant surgeon, diagnostics) averaged $342 but could be as high as $1,895. There is an interesting relationship between the number of hip replacement procedures performed and patients’ costs: surgeons who did five or fewer procedures were more likely to have patient costs exceeding $2,500, while five of the eleven doctors who did forty or more procedures did not bill out-of-pocket costs.

The report on prostate surgeries finds considerable, unexplained variations in costs and subsequent out-of-pocket costs across the states and territories. For endoscopic prostate procedures in 2014, out-of-pocket surgery costs averaged $2,802 in the ACT but only $183 in South Australia. The differences in surgical fees for radical prostatectomy, the removal of the prostate, which can involve robotic technology, were even greater.

Waiting lists in the public system

These examples show why patients in need of elective surgery find themselves faced with tough decisions: can they afford to “jump the queue” or can they wait for treatment in the public sector? Financial decisions are complicated by issues such as the impact of their condition on quality of life, media reports about public hospital waiting lists, the limitations on choice imposed by their PHI policies, and perhaps even pressures from their doctors.

The waiting list issue is particularly problematic. It varies by speciality, by hospital and by state, although the accuracy of the reported data is suspect because both hospital administrators and doctors game the system. But it is clear waiting lists are worst for those specialties that do more work in the private system. In aggregate, 48% of specialists work across both the public and private sectors, 33% work only in public practice and 19% work only in private practice.

But some specialists, like orthopaedic surgeons and ophthalmologists, spend less than 30% of their clinical time in the public sector. Small wonder there are waiting lists for the majority (53.2%) of the population which does not have hospital cover, presumably has at least the same level of need for surgery, but must compete for limited surgical spaces in the public system.

There is little publicly available information about what drives specialists’ decisions about how they allocate their time. We can assume that a desire to maximise income and have some control over the hours worked favours the private sector. Those interested in teaching, research and challenging medical situations will look to the pubic system.

There is anecdotal evidence that some doctors view the requirements public hospitals impose regarding being on call and involvement in patient management, administration, teaching, quality assurance activities and hospital meetings as onerous. There are increasing concerns that too many doctors juggling with their time allocation means public patients miss out.

There have been calls from inside the medical profession for change. In 2015 the president of the Urological Society of Australia and New Zealand spoke out about unreasonable costs for prostate surgery and the undue burden these place on patients. He called for the society’s members to “refresh their awareness of their ethical responsibilities”.

Earlier this year RACS President, Professor David Watters, stated that: “RACS cannot stand by if members are charging fees that cannot be justified as reasonable, when considered in terms of expertise, resources or time. In a market that is clearly not properly informed or transparent, despite informed financial consent, there is a moral dimension. Professional reputation and surgical standards are at stake. No one should have to seek financial advice, access their superannuation, remortgage their home or resort to crowd funding for a clinically indicated procedure. There is no correlation between the size of fee charged and the quality of the surgery.”

Most specialists charge fairly and reasonably, but there is clearly a need to name and shame those who are over-charging and over-servicing to ensure a level playing field for the good guys – and to protect, respect and care for their patients.

Dr Lesley Russell is an Adjunct Associate Professor at the Menzies School of Health Policy at the University of Sydney.

This piece first appeared in John Menadue’s blog Pearls and Irritations and is re-posted here in full with permission.