The Koori Woman: No surprises for me in First Contact 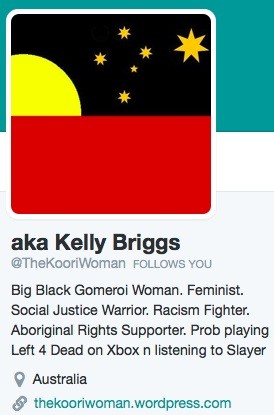 Watching First Contact on SBS elicited no surprise from me, being a veteran tweeter and having work published in various publications. The attitudes expressed by the six people chosen to participate in the program are no different from the things people have tweeted at me or written in comments below the line of articles I have written.

These attitudes are a fact of life for Aboriginal people in Australia. And these same attitudes will only gain traction when the national school curriculum changes come into place. The erasure of Aboriginal history is but one of the ways racism is taught and perpetuated in society.

No one is born racist. Racism is a social construct, it is taught through schools, parents and structurally through the court system in this country.

The assumption that all people are born equal and it is up to the individual to make their lives better is an exercise employed by people who have never had to face the obstacles of being born poor, black, disabled, gay, transgender or different from the base premise of being born white.

Of course white people are born poor, gay, disabled and transgender, and their obstacles are high and difficult to surmount, but the rub is this, they do not have the same experiences of someone who is born black.

The fact that hospitalisations for intentional self-harm has increased by 48% says more about Australia as a society than any other statistic. I was recently quoted in The Sydney  Morning Herald on why this may be and I want to expand on that. There is no one reason why people self  harm. It is an amalgamation of many different obstacles that seem insurmountable and the fact is that you just cannot stand it anymore.

Because I cannot or will not speak about the reasons other people self harm, I will talk about why I have done it and the events that preceded it.

I have applied for well over 100 jobs in the past year and a half. All rejected, most without even an explanation. This has made the house I live in unaffordable and I will be moving in the near future to a high crime area that will do nothing for the paranoia I live with due to my mental illness.

The position I was in before, which I took court action against for a combination of racism and unfair work practices was found for my ex employer.

Money is tight. Incredibly tight. Every last cent I get goes towards bills and trying to feed three incredibly hungry teenage boys. And the straw that broke the proverbial camel’s back, a break up.

So when I look at the statistics on self harm, I understand at least some of the motivations behind why and I understand completely the reasons why being dead seems to be the best option.

When it comes to employment, I have walked into at least 5 interviews where as soon as the interviewer saw that I was Aboriginal a kind of shutter comes across their eyes. I always know immediately that as soon as I leave that room my application is going straight into the bin.

This country breeds racists, who in turn breed even more racists. I have looked at the Indigenous disadvantage report, which states that Indigenous employment rates are currently at 47.5%, this has actually declined from 53.8% in 2008. But you will not see the government trumpeting this fact. They will trumpet the fact that there are Indigenous people working at all.

This narrative fuels the opinions of the participants of First Contact, and indeed a lot of Australian opinions, who would prefer to believe that we do not like to work. This assumption could not be farther from the truth.

I have worked within job networks where my best clients were Indigenous, who applied exhaustively for positions but were never employed. And I am not speaking about high flying consultants’ positions, these men and women were willing to work in food preparation, abattoirs, cleaning, garbage pick up and general office duties.

The number of Indigenous people who were placed into a full time position was zero. Two were placed in casual positions cleaning a drug and rehabilitation centre 2 days a week.  These were people who had certificate II, III & IV in business administration. There were also employers who would place advertisements through the network with the distinct instruction of not sending any ‘abos’ for interviews.

So no, I am not at all surprised about the attitudes of the participants on the First Contact series, not surprised at all.

But I will say this, if I opened my home and was told someone refused to sleep on any of my beds, I would not be understanding, I would be fucking pissed, and that person would be thrown out of my house before you could say reconciliation.

• Croakey acknowledges and thanks those who helped to crowdfund this column. For previous editions, check here.

• To support Kelly’s writing, check her new merchandise range at RedBubble (as per the T-shirt below). 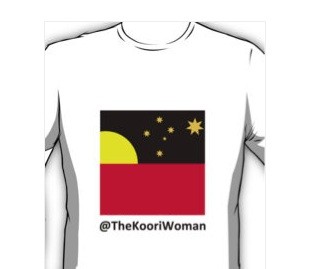 • For more analysis of First Contact, read this article by Dr Chelsea Bond, Senior Lecturer in the Aboriginal and Torres Strait Islander Studies Unit at the University of Queensland, which has the powerful conclusion:

“Suggesting that Aboriginal people remedy the racism we encounter is like telling the battered woman that she can escape domestic violence by just behaving better. Racism cannot be cured in this country by enlisting Aboriginal people to perform palatable, perfect or culturally pure renditions of Aboriginality.

Racism is not about the capacity of Aboriginal minds or bodies – it is about the psyche of the racist, and the psyche of a nation which has yet to “recognise” or “reconcile” Indigenous sovereignty and their own illegal occupation.”