The Lancet special edition on racism and ethnic equity in science, medicine and global health

The Lancet has released a special edition with the theme ‘Advancing racial and ethnic equity in science, medicine, and global health’. Its global launch was timed for Human Rights Day on 10 December.

The Australian launch of this edition will be jointly hosted by the Australian National University and the Lowitja Institute, and held this Wednesday in person on Ngunawal Country in the Finkel Lecture Theatre on ANU Campus (with an online option available). Free tickets can be booked here.

In June 2020, amid widespread global protests in support of #BlackLivesMatter, The Lancet wrote that: “Racism is a public health emergency of global concern.”

This month it has released a special edition which explores this theme in more depth by bringing together evidence and analysis for advancing racial and ethnic equity in science, medicine, and health.

In releasing this edition The Lancet has stated that it “does not offer easy solutions, but does set out important principles to guide thinking and actions in the future”.

The journal also stresses the broader societal benefits of reducing racism in health:

Racism is not only about the health of particular persecuted or excluded groups – it inflicts a collective trauma on us all. The positive corollary of this fact is that lessening inequities and restoring justice can bring healing to society as a whole.”

This special edition also includes a series of articles addressing issues of racism, xenophobia, and discrimination in health.

These articles have four main aims:

One of these articles discusses the foundational principles of racism and identifies as a key structural process “individuals seeing themselves as different from others, which contributes to the othering of different groups and hierarchical power”.  Another looks at how increased mortality and morbidity associated with particular minoritised groups is often seen falsely as inevitable.

The limitations of existing evidence for individual action is addressed in a paper which also includes a discussion of research recommendations and suggestions of key approaches for moving forward.

From Australia, an article by Dr Katherine A Thurber and colleagues reports on a cross-sectional analysis of data from ‘Mayi Kuwayu: the National Study of Aboriginal and Torres Strait Islander Wellbeing’, undertaken between 2018 and 2022.

The first study of its type, it is titled, ‘Population-level contribution of interpersonal discrimination to psychological distress among Australian Aboriginal and Torres Strait Islander adults, and to Indigenous–non-Indigenous inequities: cross-sectional analysis of a community-controlled First Nations cohort study’.

The findings reported in the paper show that interpersonal discrimination might contribute substantially to psychological distress among Aboriginal and Torres Strait Islander adults, and to inequities compared with non-Indigenous adults.

Although not providing strictly conclusive evidence of causality, the authors conclude that their findings are sufficient to indicate the psychological harm of interpersonal discrimination. On this basis, they say: “Urgent individual and policy action is required of non-Indigenous people and colonial structures, directed by Aboriginal and Torres Strait Islander peoples”. 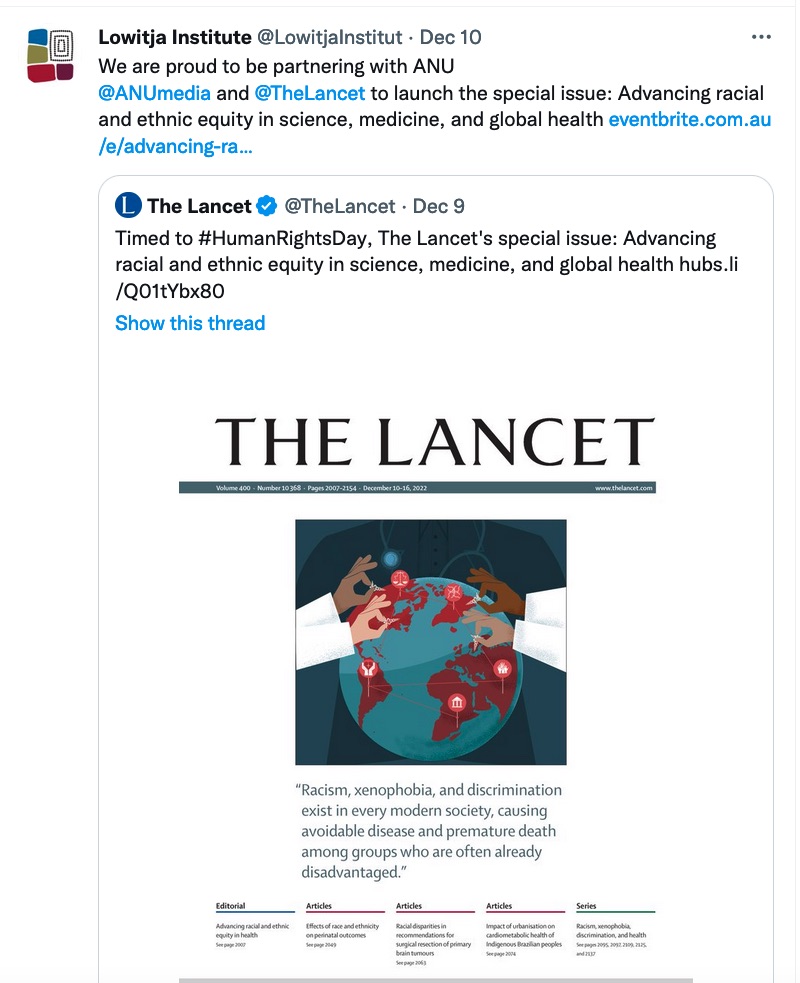 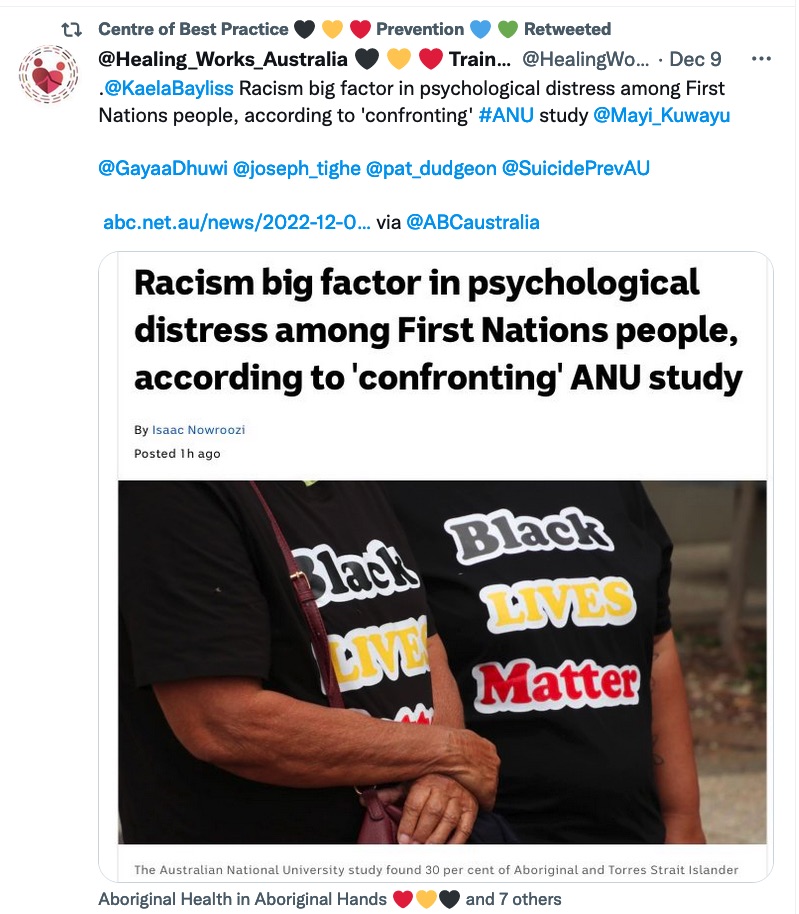 In a commentary on this paper, Professor Pat Dudgeon and Associate Professor Roz Walker state that the study provides the baseline evidence to measure the effectiveness of strategies to combat interpersonal discrimination and structural racism; to improve Indigenous outcomes in the future; and prevent the senseless, racially motivated loss of lives.

They argue that the findings of the paper could have been further strengthened by linking the recommendations with the crucial need to implement existing policy opportunities.

They mention the 2022 Close the Gap Report, which recommends: “Develop an Aboriginal and Torres Strait Islander­ led research agenda for health and wellbeing, with a particular focus on the impacts of systemic racism in health systems and that this should include an investment in knowledge translation and research impact.”

Dudgeon and Walker also mention a section in the 2021 National Agreement on Closing the Gap that commits all governments in Australia to work in partnership with Indigenous Coalition of Peaks to “identify and eliminate racism; embed and practise meaningful cultural safety; deliver services in partnership with Aboriginal and Torres Strait Islander organisations, communities, and people; and increase accountability through transparent funding allocations”.

Other articles in this edition of The Lancet address the multiple ways in which racism, discrimination and related prejudices impact on the health and wellbeing of different minority and stigmatised groups.

One study reported in this edition used data from the International Prediction of Pregnancy Complications (IPPIC) Network to assess the impact of race and ethnicity on perinatal outcomes in high-income and upper-middle-income countries.

It found that globally, among underserved groups, babies born to Black women had consistently poorer perinatal outcomes than White women after adjusting for maternal characteristics, although the risks varied for other groups. The effects of race and ethnicity on adverse perinatal outcomes did not vary by region.

The role of research funders in addressing racism and discrimination is discussed by Diego Baptista, Iruka N Okeke and Chisomo Kalinga. They describe how funders need to adopt more self­-scrutiny and “develop a consciousness to build more meaningful activity to advance racial equity in both funded research and their funding requirements.”

In their article they identify some common principles that research funders in WEIRD (western, elite, industrialised, rich, and democratic) settings can follow to move towards racial equity in their work. 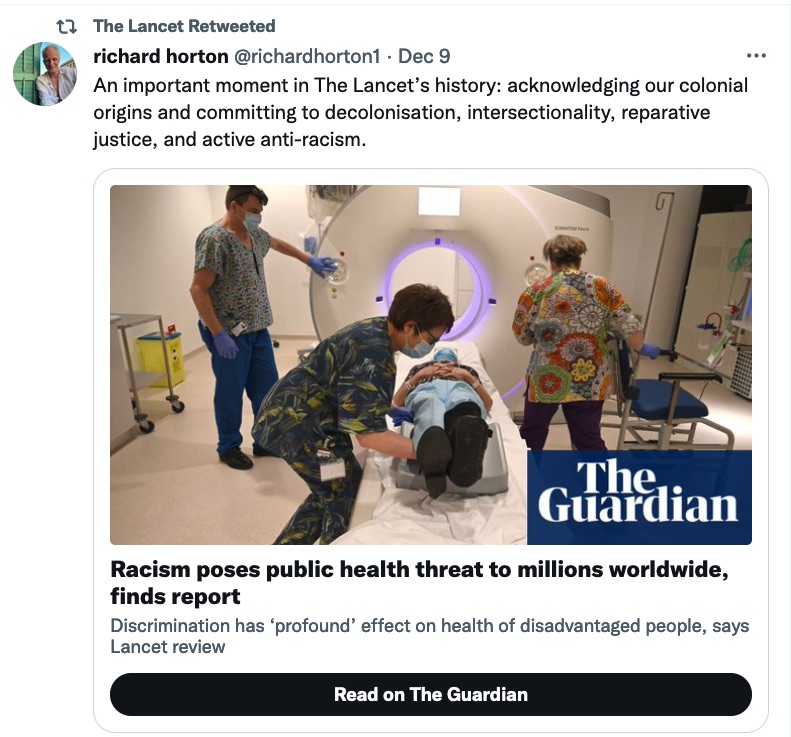 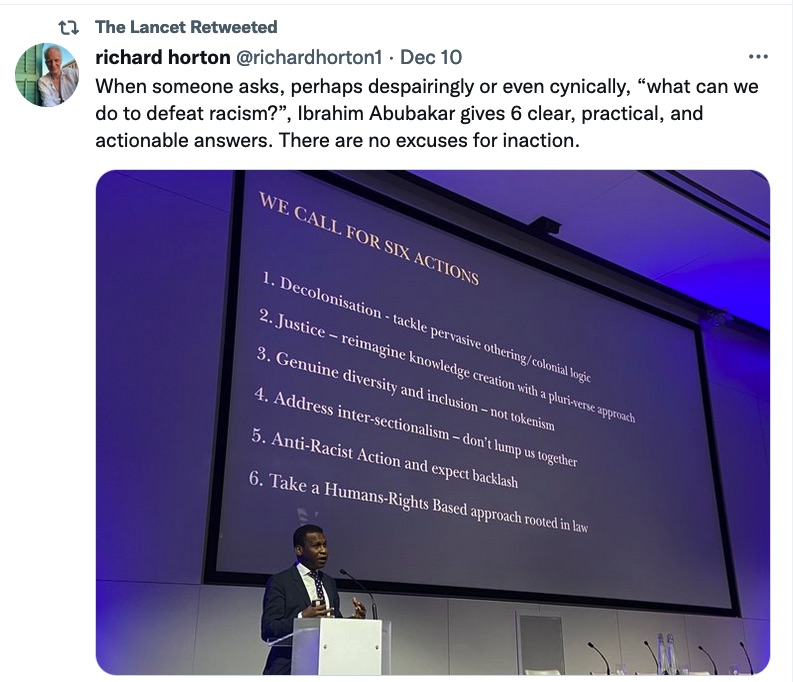 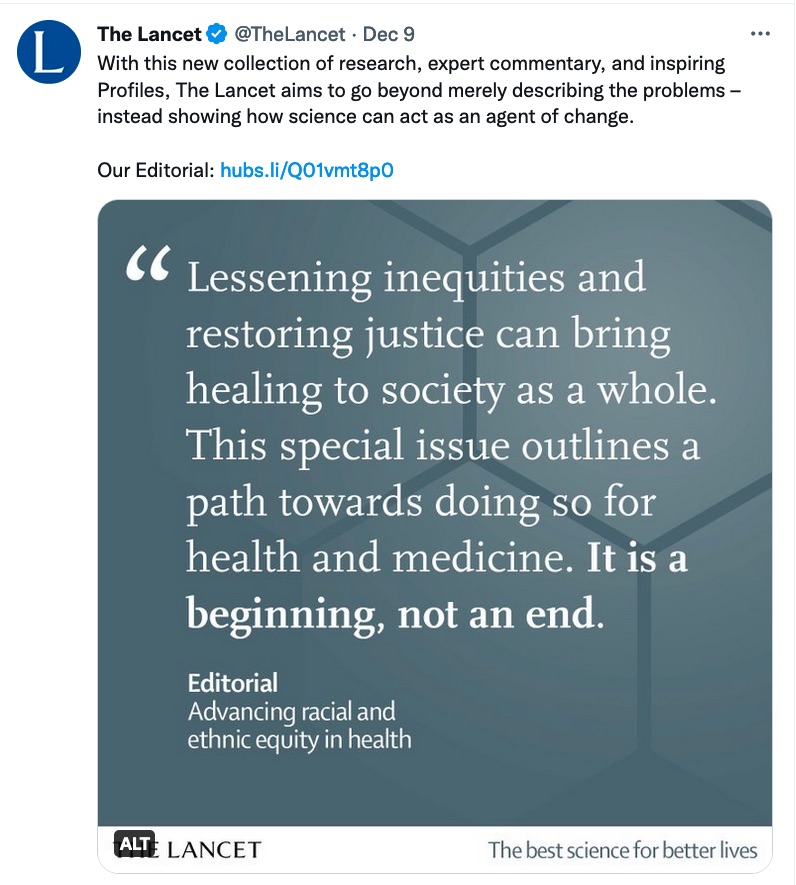 PrevPreviousMeet the Pets of Croakey in all their glory – and thanks for supporting our inaugural funding drive
NextObesity-related cancers have quadrupled in a generation. It’s time for action.Next