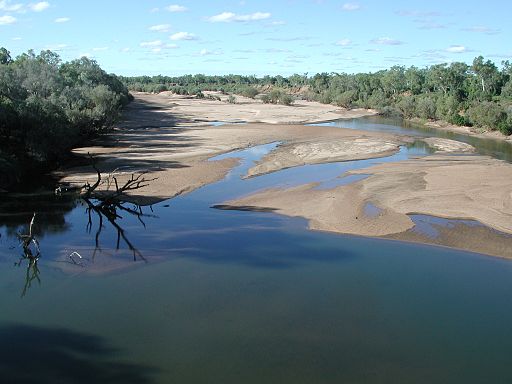 The Marulu Strategy – A story of dedication, passion and commitment: JournalWatch

Fitzroy Crossing is never far from the news. In late October 2017, it was reported that binge drinkers from the Crossing were paying triple or quadruple the retail price to purchase illegal liquor from so-called sly-groggers, who sell bottles from car boots and houses after the bottle shops and bars have closed.

Focusing on the negative stories that emanate from Aboriginal communities is easy, and in fact research has identified that 74% of media articles dealing with Aboriginal health issues are negative. This month’s JournalWatch article did in fact start with a negative story but has since become one of enlightenment, hope and success.

Published in the Australian and New Zealand Journal of Public Health and authored by James Fitzpartick, The Marulu Strategy 2008–2012: overcoming Fetal Alcohol Spectrum Disorder (FASD) in the Fitzroy Valley, tells the story of the development and implementation of a multifaceted strategy to prevent, diagnose and manage FASD driven by community leaders in the Fitzroy Valley, and their research partners.

The story really started back in 2006 when Fitzroy Crossing reached a tipping point. The impact of alcohol oversupply and overuse became critical, with almost 50 deaths in as many weeks, including 13 suicides (personal communication, June Oscar 2011).

In 2007, women from the Valley’s four language groups came together at the Marninwarntikura Women’s Bush Meeting. They reflected on their struggles and fights against alcohol abuse over the past three decades and agreed to act and confront the Valley’s alcohol crisis before the government intervened.

Breaking the cycle of violence and despair

The journey that ensued, which was primarily led by local Indigenous leaders,  June Oscar and Maureen Carter, aimed to rebuild families and revitalise culture by breaking the cycle of violence inflicted on their communities from excessive consumption of alcohol.

The sale of packaged liquor, exceeding a concentration of ethanol in liquor of 2.7 per cent at 20 degrees Celsius, is prohibited to any person, other than a lodger (as defined in Section 3 of the Act).

After a 12 month period the restriction was put in place indefinitely, subject to review every 12 months. This was an Australian first – never before had alcohol been restricted to an entire community on such a scale.

During this journey, the women also believed that the common practice of women drinking alcohol during pregnancy, which they themselves had observed, might be adversely affecting their children’s ability to grow, learn and develop. They had heard about FASD and were concerned that this could threaten the continuation of their language and culture.

The women were proven right by the Liliwan (all the little ones) Study, which showed that one-in-eight children born in a group of remote communities in Western Australia’s Kimberley had FASD.

The journal article reviewed here, provides the narrative around the development of the Marulu Strategy, describing the theoretical framework, the principles, the governance structure and the importance of community planned and led interventions. A number of challenges including funding limitations and the issues associated with multi agency collaborations are also discussed.

Three priorities and activities contained within the Marulu Strategy are written about in detail and among them is the importance of raising community awareness and knowledge of FASD prevention. In Fitzroy, this process was led by the Nindlingarri Cultural Health Service and involved health promotion and prevention activities in local communities, schools and at local liquor outlets.

The second priority was the need to diagnose FASD using accepted guidelines, along with the importance of quantifying the prevalence of FASD in the community and identifying the risks and benefits associated with this.

Following robust conversations, it was decided that as accurate prevalence data were not available, a formal prevalence study was needed as the only way to support children and families.

The final priority revolved around supporting those living with and managing FASD in the family, school and justice systems by school representatives, carers of people with FASD, service providers and local police.

Suggestions for family support included monthly coordinated meetings for carers, the involvement of fathers and men in discussions about FASD, the need for respite care and activities such as family camps, and carers sharing their expertise and knowledge through story telling.

An overview of the Marulu Strategy is illustrated below.

Individuals and communities, making a difference

For me, this article highlights three essential principles: starting where the community is, the importance of community led interventions and the difference that one or two committed people can make.

In her own words, June Oscar has “been to hell and back”. I was privileged and humbled to hear June speak at the recent Global Alcohol Policy Conference in Melbourne, where she told of attending 50 funerals in 18 months, many of them alcohol-related and 13 of them suicides. What many do not know is that one of the 13 reported suicides, was June’s 39-year- old younger brother.

Fuelled by grief and despair, it was June who led the Marninwarntikura women’s movement.  June was the community champion who said it was time to stand up fight for their children’s future – first with alcohol restrictions and more recently with FASD.

Never doubt that a small group of committed people can change the world. Indeed it is the only thing that ever has.

How right she was.