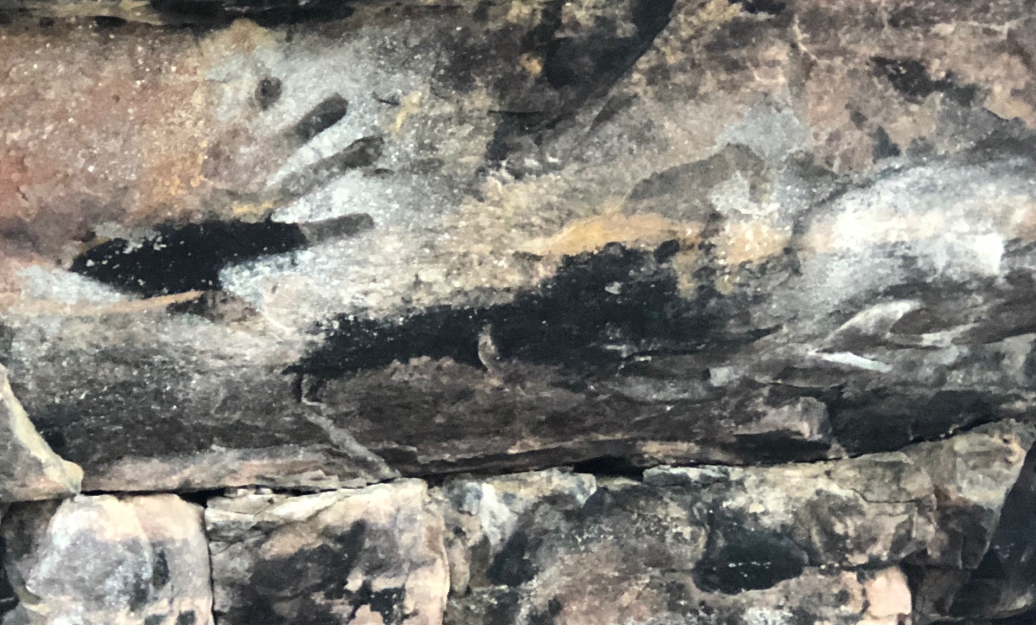 Introduction by Croakey: Last Friday night, Richard Weston, a Meriam man and CEO of SNAICC, the national non-government peak body in Australia representing the interests of Aboriginal and Torres Strait Islander children, tweeted about the week that had just passed.

But we also learnt – in shocking news that broke on Sorry Day – that another mining giant Rio Tinto had blown up 46,000-year-old Aboriginal caves in Western Australia’s Pilbara dating back to the last Ice Age.

Rio Tinto issued a formal apology on the weekend to the Puutu Kunti Kurrama and Pinikura People, saying the company is “sorry for the distress we have caused”.

For some measure of the impact, see this video message from Aboriginal health leader Pat Anderson, chair of the Lowitja Institute, for #NRW2020, in which she expresses her “very real personal distress at the actions of Rio Tinto in the Pilbara in destroying sites of great cultural significance to the traditional custodians of that land”.

“This place is also important to world history and human habitation of this planet,” she said.

In the personal and powerful piece below, Richard Weston expands on his tweet, outlining his reservations on reconciliation but amidst hope that one day this nation will embrace the oldest living culture in the world “as a core part of its identity that will connect everyone to the spirit that pulsates through the lands and waters of this beautiful ancient country”.

Weston is also former CEO of the Healing Foundation, the national Aboriginal and Torres Strait Islander organisation that partners with communities to address the ongoing trauma caused by actions like the forced removal of children from their families. That involved close and extensive work with members of the Stolen Generations, who he thinks of as “spiritual leaders”.

National Reconciliation Week each year is marked from 27 May-3 June, marking the dates of the successful 1967 referendum and the High Court Mabo decision respectively.

Last week after Twiggy lost his High Court appeal against the Federal Court decision in favour of the Yindjibarndi, I tweeted that National Reconciliation Week had been a mixed bag this year. Marie McInerney from @CroakeyNews, who hovers over the Twitterverse like an eagle, spotted my tweet and hit me up to write something for #NRW2020. So here we are.

I’d tweeted the mixed bag comment after the Twiggy High Court decision because a few days earlier Rio Tinto, in a show of support for #NRW2020, chose to blow up a significant Aboriginal site that had artefacts and samples of human hair belts dating back 46,000 years.

This action naturally drew outrage across social media and in particular from those that support Reconciliation, and many do, and from Aboriginal and Torres Strait Islander people because it doesn’t matter what week it is, there is usually some outrage or another against our mob. For me Reconciliation has always been a mixed bag.

#NWR2020 has recalled the march across the Sydney Harbour Bridge in 2000 when 250,000 Australians of all backgrounds wandered across the icon in support of reconciliation. Sydney is significant because its where the First Fleet set up the ‘colonial project’ to establish the British Westminster system on our lands. It’s been a hell of ride over the last 232 years.

Up until that famous bridge walk, I was fairly ambivalent about reconciliation. I was working out in Far West NSW with Maari Ma Health with my boss at the time, Smiley Johnstone, who was CEO of that then four year old Aboriginal health service.

Smiley once said, ‘we should reconcile amongst ourselves first before we start worrying about white fellas’.

This was a reference to the issues we experienced from the Aboriginal peak health mechanisms at the time as Maari Ma tried to establish itself, and to lateral violence in our communities in far west NSW that was not uncommon.

It wasn’t peculiar to the region we worked in, it was a dynamic that existed in many communities across Australia and often played out in our national, state, territory and regional black politics.

In fact, when Mick Gooda became Social Justice Commissioner he made it one of the priorities he would tackle during his tenure. Mick thought he would cop a backlash from the community for shining a light on it at his first National Press Club speech, but he found he got a lot of support from the mob. We all knew it was an issue and we had to tackle it.

My ambivalence about reconciliation was also borne out of the racism and discrimination against Aboriginal and Torres Strait Islander people by white people that I experienced on a day to day basis, but also in significant abuses of our human rights that made national headlines over the years.

The scare campaign by the mining lobby and others following the successful Mabo decision and the subsequent desecration of Eddie Koiki Mabo’s tombstone with swastikas in Townsville some years after he passed away [I remember the tears of his wife, Mrs Bonita Mabo, it still makes me cry to think about it].

The refusal of Prime Minister John Howard to apologise to the Stolen Generations and his characterisation of Australia’s true history of child removal, dispossession, massacres and frontier wars as a black armband view caused me a great deal of private angst and hurt; the Stolen Generations are thousands of stories of hurt, pain, humiliation and degradation piled on top of each other for over a century – these are deep soul wounds that I am not sure will ever heal.

So I’ve always had a gnawing feeling that reconciliation was just a way to gloss over the past hurts and go forward in a kind of pretence that all was well and that blacks and whites could skip off into the sunset holding hands in denial of a past that for many of our ancestors was a brutal existential crisis.

Seeing the unfolding race protests in the US following the ‘death by cop’ of George Floyd, another black man killed in custody and recognising the parallels with Australia’s own black deaths in custody history, it is not hard to imagine that future relationships between the ancestors of the colonisers and ancestors of the colonised will somehow always be fraught with an un-healed, un-reconciled past.

So what do I think of reconciliation in 2020?

I see many young Aboriginal and Torres Strait Islander young people who are proud of their culture and want to know their history, their language and who are strong in their identity.

I see many non-Indigenous young people showing compassion and understanding towards us.

I’ve watched this last month as one of my sons committed himself to and executed over 3,000 push ups to raise money for mental health – something I never did when I was his age (24).

I have worked with many non-Indigenous people over the last 30 years that have contributed so much to improving the lives of Aboriginal and Torres Strait Islander people.

I have had the privilege in my working life to travel to many of our communities across the country and see first-hand the leadership, the aspiration and the hope of our women and men to create a better future.

I have sat with and listened to Stolen Generations members tell their stories. Heart breaking yarns of trauma, pain and grief. But I’ve also felt their strength, their warmth, their humour and their desire to see a better future for their children’s children. I think of them as our spiritual leaders.

The Uluru Statement of three years ago was the culmination of a significant series of regional dialogues, and while not everyone got to attend, a good number did.

The final gathering that produced the Uluru Statement landed on a beautiful set of words that invited the Australian people to walk with Aboriginal and Torres Strait Islander people on a journey of truth telling, healing and reconciliation. I wasn’t there myself, but I know a few that were and it made me immensely proud to be a black fella.

So for me, thinking about reconciliation is still a mixed bag.

In spite of many things that are wrong in Australia I remain hopeful of that one day the nation will embrace the oldest living culture in the world as a core part of its identity that will connect everyone to the spirit that pulsates through the lands and waters of this beautiful ancient country. I hope that day is not too far off.

PrevPreviousTrump’s latest move against World Health Organization an assault on global health and safety
NextWhat does killing off COAG mean for health, climate change, transparency and much more?Next