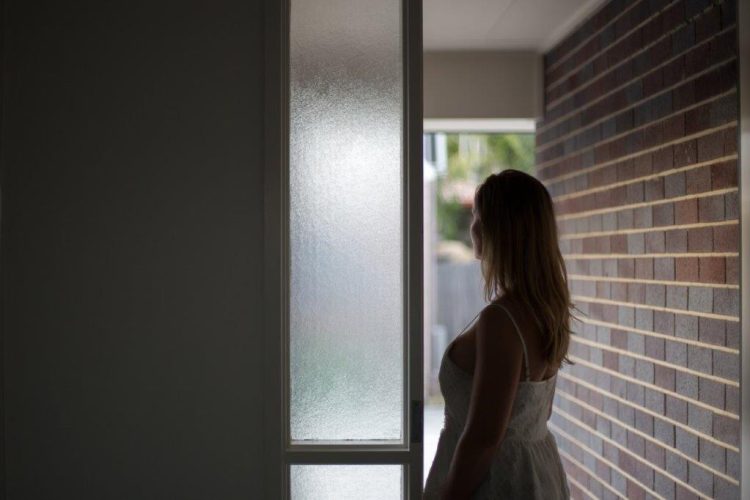 A new report by the Australian Institute of Health and Welfare shows that despite recent efforts, rates of partner violence have been fairly stable for the past 15 years. This is against a background of a decline in overall violence.

Other research, from the Law and Justice Foundation of NSW, reported by Catherine Carpenter, describes the impact of that violence, and the national efforts to counter it.

The first quantitative assessment using Australian population data of the legal and related problems that coincide with domestic and family violence (DFV) has just been published, and it paints a dark picture.

Women who had experienced DFV in the previous 12 months had an average of 20 legal problems, compared to an average of two legal problems for the rest of the population. In addition to DFV, their legal problems spanned credit and debt, consumer law, employment law, housing, discrimination, health services and government payments, as well as family law.

The findings arise from a subset analysis, published on Monday, of the Legal Australia-Wide Survey: Legal need in Australia (LAW Survey), which was carried out by the Law and Justice Foundation of NSW. The LAW Survey interviewed more than 20,000 people nationally about their legal problems and is the most comprehensive study of legal need in Australia.

Four in five DFV respondents rated at least one of their legal problems as having a severe impact on their everyday life, compared to fewer than one-quarter of other respondents to the LAW Survey. Their legal problems were more likely to lead to stress-related illness, physical ill health, relationship breakdown, loss of income or financial strain, and moving home. Around 1 in 8 respondents who had experienced DFV in the previous 12 months reported that they had been homeless at some point in that period.

The Foundation’s Senior Principal Researcher, Dr Christine Coumarelos, said: ‘The results reinforce the evidence base on wrap-around services better meeting the needs of domestic violence clients, which underpins initiatives such as Domestic Violence Units and Family Advocacy and Support Services in the courts.’

It is a complex policy area and reducing domestic and family violence remains a significant challenge, despite multiple reform efforts over the last decade in Australia. In a report by KPMG in 2016, the cost of DFV to the Australian economy was estimated to be as much as $26 billion per year. The 2015 Australian of the Year, Rosie Batty, drew significant national attention to the issue, as did the Victoria Royal Commission into Family Violence which called for a major overhaul of the DFV system in Victoria in 2016. The Victorian Government accepted all 227 of the Victorian Royal Commission’s recommendations, encapsulated in its 10-year plan Ending Family Violence: Victoria’s Plan for Change.

The commitment of all Australian governments to tackling the complex problem of DFV is enshrined in the National plan to Reduce Violence against Women and their Children 2010-2022. The national plan provides the framework for action by the Commonwealth, state and territory governments, and involves more than $300 million in funding to implement a variety of initiatives in stages via four action plans. The Fourth Action Plan 2019-2022 should be finalised in mid-2019. 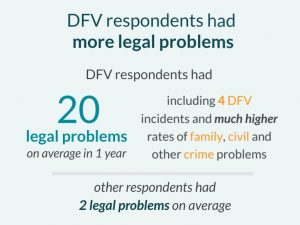 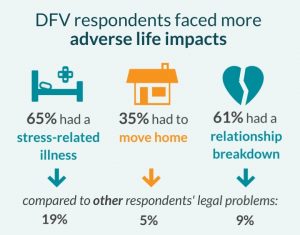 HJPs operate in hospital and health centre settings, offering a client-centred approach spanning health, justice and social services. Funding for DVUs and HJPs was extended to 2022 under the Government’s 2018 Women’s Economic Security Package, which aims to improve economic security for women, including economic recovery following DFV.

Other initiatives under the 2015 Women’s Safety Package include expanding support services including 1800RESPECT, Mensline and DV-Alert, which is a national training program to assist community frontline workers such as teachers, volunteers and medical practitioners to recognise and refer clients experiencing or at risk of DFV.

The NSW Government has introduced its Domestic and Family Violence Blueprint for Reform 2016–2021, which focuses on prevention, early intervention and victim support through the Safer Pathway initiative. NSW was the last state to join Our Watch a month ago. The other state and territory governments have their own plans and strategies to tackle DFV in line with the National plan. 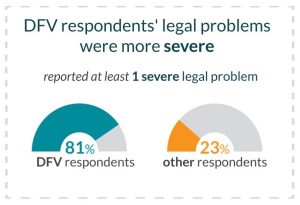 In the justice sector, the National Partnership Agreement on Legal Assistance Services 2015–2020 is consistent with both the national plan and the Women’s Safety Package. The national partnership agreement seeks to target legal assistance services to people facing disadvantage and identifies ‘people experiencing or at risk of DFV’ as a key priority group. It provides funding to state and territory governments to distribute to legal aid commissions and community legal centres so disadvantaged people can access legal assistance services. The national partnership agreement draws heavily on the LAW Survey and Reshaping legal assistance services: building on the evidence base: a discussion paper, both from the Law and Justice Foundation of NSW.

All these strategies, policies, partnerships and initiatives are part of an effort from people across the sector to create networks of joined-up services that offer the legal and human services women need when dealing with domestic and family violence.The evidence supports the effectiveness of this type of approach.