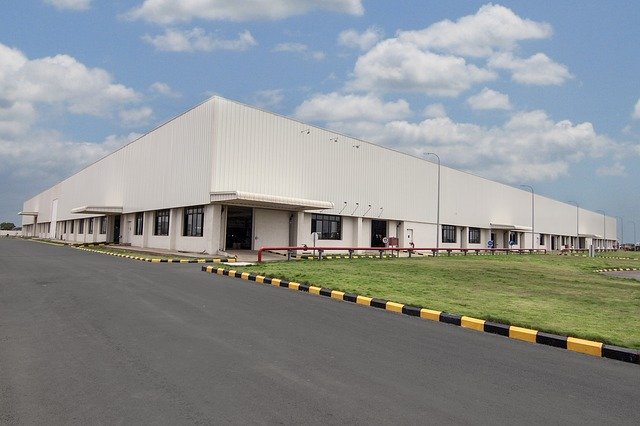 Access to Personal Protective Equipment or PPE (and its correct use) is essential to prevent the spread of COVID-19.

But evidence suggests that inadequate access to PPE and an inconsistent approach to its use has contributed to the infection rate, in particular among health care workers and in residential aged care.

A survey released today by the Royal Australasian College of Physicians (RACP) found that almost 20 percent of respondents in public hospitals have had to source their own PPE and half reported having limited or no access to N95 grade masks.

This follows a similar survey by the Australian Nursing and Midwifery Federation which found that many nurses were experiencing barriers to accessing PPE in aged care (as reported in Croakey last week).

The National Medical Stockpile (NMS) plays an important role in supplying PPE to support Australia’s response to COVID-19. But this facility has not had a high profile to date.

Due to its crucial role during this pandemic it is now attracting greater attention and scrutiny.

Below, Croakey editor Jennifer Doggett provides some background information on the NMS and its specific role in supporting Australia’s response to the COVID-19 pandemic.

The NMS is a strategic reserve of supplies for national health emergencies. It includes:

The stockpile also includes a limited supply of highly specialised drugs that may be difficult to get through normal channels in an emergency.

Who manages the NMS?

The NMS is managed by the Federal Department of Health on behalf of the Commonwealth Government.

Where are these supplies stored?

Supplies are stored in strategic locations around Australia. Details about the content of the stockpile are not released publicly for security reasons.

Why do we need a NMS?

The aim of the NMS is to have enough supplies to help meet the high levels of demand during a national health emergency, in particular in situations of high global demand and insufficient manufacturing and distribution capacity.

What role do the states and territories play in relation to the NMS?

State and territory governments are responsible for deploying stockpile items within their jurisdictions in the event of a national health emergency. States and Territories are also expected to maintain some reserve medical supplies for use in emergencies – the NMS is designed to supplement  these and not replace them.

Who decides what supplies the NMS contains and how they are distributed?

What are the limitations of the NMS?

The NMS is designed to address short term medical supply needs in an emergency situation. It is not a general national supply line and is not designed to meet long term shortages.

The NMS relies on state and territory governments and providers of health services to identify the need for medical supplies and to apply for them to be released.  The NMS has no influence over the distribution of supplies within individual institutions and health services once deployed.

Evidence provided to a recent Senate Inquiry by government officials suggests that at least in some cases the lack of PPE in health services was due to failures on the part of services to identify shortages and request and distribute supplies appropriately.

Who can authorise supplies to be released?

The Department of Health’s Secretary and the Commonwealth’s Chief Medical Officer have the authority to release stockpile supplies on the request of state and territory governments.

When has the NMS been used?

Around 3.5 million P2 masks were provided from the NMS in January during the bushfire emergency.

Prior to this, its last major use was during the 2009 swine flu pandemic, during which around 900,000 courses of antivirals and 2.1 million pieces of personal protective equipment were released.

How much does the NMS cost?

Over the past 15 years, the total investment in the NMS has been about $900 million.

In May the Government announced that it will invest an additional $1.1billion to the NMS to support the COVID-19 response.

Has the NMS been reviewed?

In 2011 the Department of Finance completed a strategic review of the NMS, which recommended changes to its management, including consolidating contracts and outsourcing some functions.

The role of the NMS in the 2009 H1N1 pandemic was reviewed as part of an overarching assessment of the government’s response. The findings of this review are outlined in the Review of Australia’s Health Sector Response to Pandemic (H1N1) 2009. Lessons identified.

Two key findings in this report relevant to the COVID-19 pandemic are:

The review made two recommendations in relation to the NMS:

The ANAO also undertook a performance audit of the NMS in 2014. This audit made positive findings about the governance arrangements, value for money and management processes of the NMS.

It concluded that: the deployment plans and processes provide a high level of assurance that the Stockpile can be reliably deployed within agreed timeframes to agreed locations.

What role has the NMS played in COVID-19?

At the start of the pandemic NMS held a number of different supplies relevant to the pandemic, including masks, antiviral drugs, immunoglobulin products and some medical equipment. It did not hold some other forms of PPE such as gloves and surgical gowns.

Since then a range of additional items have been added to the NMS, including COVID-19 tests.

Government representatives told a Senate Inquiry that the NMS initially had 12 million P2/N85 masks and 9 million surgical masks. Around 3.5 million masks were distributed during the bushfire emergency so their stocks were somewhat depleted.

Chief Medical Officer, Professor Brendan Murphy, described the challenges involved in sourcing additional PPE when the main supplier of these products were factories in China that were closed because they were in areas affected by COVID-19:

We’ve been working tirelessly from late January in a procurement process—both in the Department of Health and the department of industry, and we’ve invested billions of dollars.

We, like every other country, have been scouring the world. We’ve made some very significant purchases and we have been able to supply essential PPE right throughout this outbreak, and, at times, there have been distributions that are just in time.

One of the challenges has been that one of the biggest production sites for PPE in the world is the city of Wuhan—and that was locked down. It’s been a challenge, but we’ve managed it.”

Health Minister Greg Hunt has also highlighted supply chain issues involved in adding to the NMS during the pandemic:

I do want to be honest: there has been some practice at some borders where some countries or individuals have diverted some of those supplies at the last minute.

It is a difficult world out there, and we’re doing everything we can to make sure that those masks that are ordered are arriving.”

The Government has not released details of all supplies deployed from the NMS to meet COVID-19 related needs. But the media has reported a spokesman for Federal Health Minister Greg Hunt saying that the government has provided more than 50 million masks to states, territories, healthcare workers, aged care and disability service providers.

“National cabinet has been consistently advised by states and territories that they have sufficient supplies for all needs and the Commonwealth has and is able to meet all PPE requests from states,” he said.

Has the NMS met the needs of the Australian health system?

The Federal Government has maintained that the National Medical Stockpile (NMS) has sufficient reserves of PPE to support Australia’s response to the pandemic.

In April, Professor Brendan Murphy, Secretary of the Department of Health (then Chief Medical Officer), told a Senate Inquiry:

There have been concerns at times; we’ve gone low. [But] at no stage have we ever been in a position where I have felt that any safety has been compromised by a lack of PPE.”

However, reports from the frontline of health service delivery suggest differently.

As discussed above, a wide range of health care professionals have reported not having access to adequate PPE.

Experts have also identified problems with the availability and distribution of essential supplies. For example, the Grattan Institute stated:

GPs complained of inadequate supplies hampering their work. There were early reports of poor communication with GPs about PPE requirements and supply.

Eventually, on 26 March 2020, elective surgery was severely curtailed so that PPE could be diverted to frontline health workers dealing with the pandemic

The role of the NMS is being reviewed as part of the current Select Committee on COVID-19 inquiry into the Australian Government’s response to the COVID-19 pandemic.

The ANAO is currently auditing the NMS to examine the effectiveness of the procurements to increase the NMS, as part of the Australian Government’s COVID-19 response.

The specific issues being addressed by the ANAO audit are:

PrevPreviousWatching the birds, finding moments of beauty and meaning
NextAs the NT election approaches, this is a critical health threat in search of political willNext