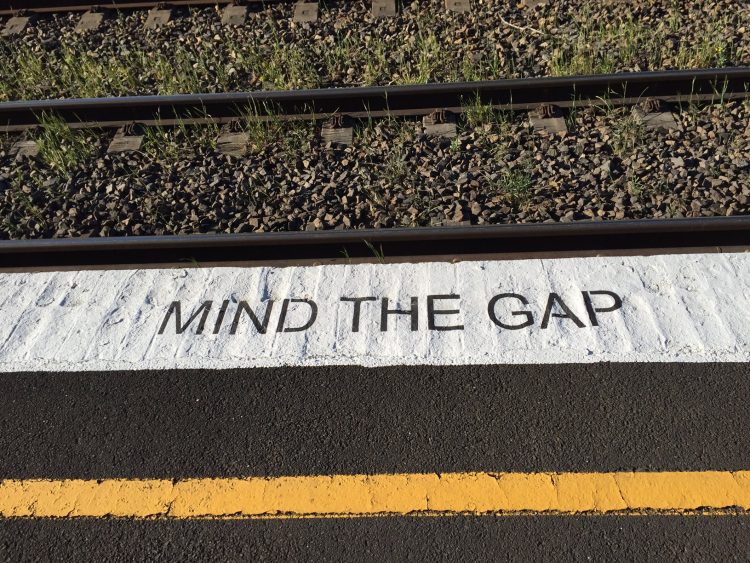 Introduction by Croakey: Australia is now in the worst recession since the Great Depression of the early 1930s, with more than one million Australians out of work and the Government foreshadowing measures such as tax cuts, labour market deregulation and cutting regulations for business.

In times like these, actions to address the social determinants of health and promote health equity become even more critical.

Yet key health concerns of Aboriginal and Torres Strait Islander people are not even mentioned in a new consultation paper to guide development of a National Preventive Health Strategy.

The paper is also silent on climate change as a central concern for health prevention – in stark contrast to the wider health sector’s work in this space, as demonstrated by an ACT Government announcement today that a new hospital facility in Canberra will be powered completely by renewable energy. There is some irony in factoring climate emissions into hospital development, but not health prevention.

For these and other reasons, it’s important that Croakey readers provide feedback on the consultation paper, writes Peter McInnes.

The Federal Government’s direction for preventive health has become a little clearer with the release of its Consultation Paper: Development of the National Preventive Health Strategy. Comments are due on 28 September.

Health advocates and groups have welcomed aspects of the consultation paper, such as its focus on health inequalities and increased funding for prevention, but are concerned that some critically important issues have been left out completely. Issues such as racism, gender, workforce, climate change, and mental health are skated over or ignored completely.

Leading health advocates have told Croakey that the sector and wider community should engage with the submission process to ensure the Government addresses these important gaps in the proposed Strategy.

The development of the National Preventive Health Strategy, announced by Health Minister Greg Hunt in mid-2019, was warily received by the public health community. Advocates argued strongly that the strategy should focus on the social determinants of health, and specifically address poverty and climate change.

The Strategy’s breadth has expanded considerably from initial announcements, which suggested a narrow focus on chronic disease and cancer screening, immunisation rates, nutrition and obesity and research.

Now, the Paper identifies four aims for the Strategy:

These high-level aims will allow for health inequalities to be addressed and importantly provide a commitment for increased investment in prevention.

It’s very pleasing to see the intention to specifically address inequities and rebalancing funding in the health system. The unacceptable inequities in health in Australia require serious attention, and preventing ill-health and promoting health and wellbeing needs to be central to this.

For too long, our health system has focused almost entirely on treatment, with less than three percent of the health budget going towards prevention.

We are hopeful that a National Preventive Health Strategy can change this, and truly embed prevention in the health system, as the consultation draft suggests.

The recognition of the need for a multi-sector approach involving all levels of government, because of the significant influence factors outside the health system have on our health, is commended.”

The paper acknowledges the specific health needs of Aboriginal and Torres Strait Islander people, those in rural and remote locations, people with disability, lesbian, gay, bisexual, transgender and intersex people, those from culturally and linguistically diverse backgrounds, and those experiencing social and economic disadvantage.

Unfortunately, it does not adequately address prevention issues faced by Aboriginal and Torres Strait Islander Peoples.

Addressing racism and discrimination is key to any prevention agenda

Associate Professor Megan Williams, a Wiradjuri academic from the University of Sydney, argues that the paper, by excluding cultural competency, cultural bias, discrimination and racism – core components of any prevention agenda for Aboriginal and Torres Strait Islander people – is a missed opportunity.

Research demonstrates that these factors are crucial to limiting access to health care services, including prevention services and limit Aboriginal and Torres Strait Islander peoples entering and staying in key health professions.

The opening statements in the Consultation Paper on Australians being ‘among the healthiest and longest living people in the world’ whitewash Aboriginal and Torres Strait Islander people from Australia.

In the context of Aboriginal and Torres Strait Islander people’s large health inequalities [compared] with non-Indigenous Australians, this is offensive.”

Targets will allow for greater accountability

Importantly, the paper includes a commitment to develop targets “to ensure those groups with more needs experience greater improvements in health”.

These targets should allow for the high-level aims to be turned into specific commitments to which government can be held accountable during the life of the Strategy.

Below these high-level aims, six goals are identified to be followed until 2030.

Action in Focus Areas – but where is mental health?

The Paper then lists six “Action in Focus Areas” to boost targeted prevention activity in the early years of the Strategy. The Focus Areas include reducing tobacco use and alcohol and other drug related harm and increasing physical activity, consumption of a healthy diet, cancer screening and immunisation coverage.

While addressing these will also contribute to preventing mental health conditions like depression, the list needs to be expanded to include psychosocial risk factors like adverse childhood experiences, bullying, racism, and poverty to better prevent mental ill-health as well as physical ill-health.

It has famously been said there can be no health without mental health. Yet the promotion of mental wellbeing and the primary prevention of mental disorders has long been a blind spot of governments, and sadly the public health sector as well.

While it purports to be ‘disease agnostic’ the six focus areas it proposes will only have a modest impact in preventing depression, anxiety and other mental health conditions, compared to their bigger impact in preventing NCDs like diabetes, heart disease and cancer. An integrated approach to mental and physical health is currently missing and needs to be rectified.”

While the Paper signals an interest in the social determinants of health, arguing that prevention requires a “collective and cohesive effort across sectors”, specific mention of key sectors such as housing or employment is absent.

Goal 3, for example, calls for an environments that “support healthy and healthy living” and reiterates a core principle of the social determinants of health movement that ”the environments in which people, live, work learn and play…enable individuals to be healthy”.

For all that is positive in the directions identified in the consultation paper, it is extremely concerning that there is no specific mention of climate change, a failure to identify the impact of racism on health outcomes for Aboriginal and Torres Strait Islander people, and a lack of direction on what institutional structures might be necessary to drive any reforms across sectors, government, private sectors and civil society.

The Paper was informed by face to face consultations held around Australia that wound-up at the height of Australia’s bushfire crisis, the consequences of which are being addressed in recently released interim and final reports from the Australian Government’s Royal Commission into the bush fires and a New South Wales Government Inquiry.

In this context, the lack of a specific reference to climate change is perplexing.

The important difference between the weather (short-term) and the climate (30 years or more) was addressed by Professor Tarun Weeramanthri’s recent lecture, published by Croakey, on how health promotion can contribute to climate action.

Fiona Armstrong from the Climate and Health Alliance noted:

The fact that the consultation paper doesn’t tackle climate change is astounding given the inputs to that consultation from people that highlighted the health risks of climate change and pointed to climate action as a priority in terms of tackling the prevention of illness and disease and health promotion as a strategy.

It was raised in the consultations that occurred ahead of the development of the paper, it was raised again and again at the national preventative health conference that the PHAA held.

Many people at these forums were pointing to the fact that climate change poses the biggest threat there is to global public health this century and that the central thing we need to do to protect and promote health is to tackle climate change because, if we don’t do that, everything else will be for nought.”

The PHAA’s Ingrid Johnston noted that while the Paper made brief mention of weather events:

…climate change represents a significant risk to our health which should be included in the list of risks the Strategy will focus on reducing.

As we enter the new bushfire season, with the scars of the record 2019-20 fires and the COVID-19 crisis continuing, especially in Victoria, the relationship between climate change and health is all too clear.

As well as the 34 deaths directly from the fires, an estimated 417 people died from the smoke, with around 4,500 hospitalised, and many more thousands of people carrying mental health impacts.

Climate change will ensure that the conditions which led to this past season are repeated more and more often. The COVID-19 crisis has rightly focused on stopping immediate transmissions. But it must be remembered that prevention of viruses like this also includes better recognition of and respect for our ecosystem and environment.

Three out of every four new infectious diseases in people come from animals with land and habitat clearing bringing wild animals ever closer to human settlements.

The National Prevention Health Strategy consultation draft is a good start, but must not shy away from tackling all the difficult areas for prevention in Australia.”

The Strategy, anticipated to be completed by March 2021, has a ten-year time-frame, which will take Australia to the beginning of the 2030s.

In this context it is significant to note that the end of the 2020s was identified by the UN’s, International Panel on Climate Change as a key marker for action if significant worsening of the risks posed by drought, floods, extreme heat and poverty were to be avoided.

The response to COVID-19 has highlighted how expert health advice and evidence can be used with Governments taking immediate, radical emergency measures, which go beyond purely economic concerns, to protect the health of the most vulnerable. This experience should inform the necessary inclusion of climate action into the Strategy.

Public health consultant Rebecca Zosel summed up the significance of the Strategy in a time of COVID-19:

This Strategy comes at a critical time.

The emergence of COVID-19 has led to widespread community understanding and support for prevention, and has heightened understanding of the interconnectedness of health with the economy and all facets of life, and the interconnectedness of all people – ‘the vulnerabilities of many, become the vulnerabilities of all Australians’.

Maybe one positive legacy of this disastrous pandemic will – may? – be the long overdue prioritisation of prevention and a commitment to make real progress in addressing health inequities.”