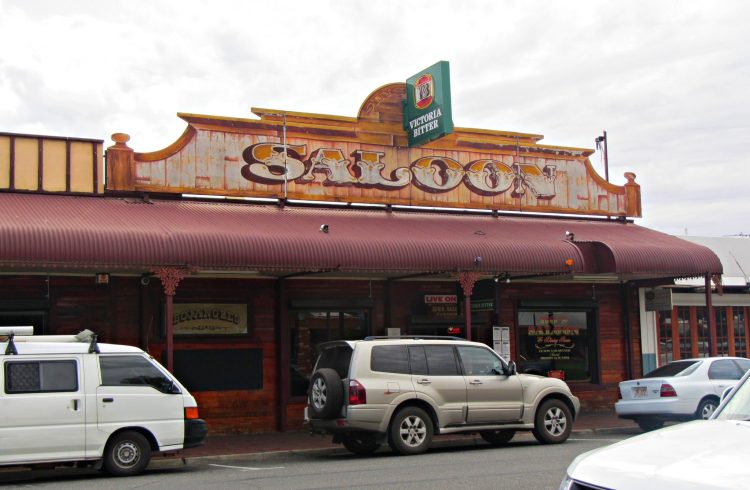 The NT government introduced trial restrictions on the availability of alcohol in Alice Springs in 2002. CameliaTWU/Flickr, CC

The NT is putting a minimum floor price on alcohol, because evidence shows this works to reduce harm

From October 1, 2018, one standard drink in the Northern Territory will cost a minimum of A$1.30. This is known as floor price, which is used to calculate the minimum cost at which a product can be sold, depending on how many standard drinks the product contains.

People in the Northern Territory consume alcohol at much higher levels and have the highest rate of risky alcohol consumption in Australia. In 2014, around 44% of people in the NT were drinking alcohol at a level that put them at risk of injury or other harms at least once in the past month. This was compared to 26% of people nationally.

The implementation of the minimum floor price is the result of legislation, recently passed to minimise alcohol-related harms in the NT. From October, the NT will become one of the first places in the world to introduce a minimum price for alcohol.

A history of alcohol restrictions

The NT government introducted trial restrictions on the availability of alcohol in Alice Springs in 2002. This came after many years of campaigning for restrictions on alcohol sales by Aboriginal community organisations and the People’s Alcohol Action Coalition (an Alice Springs-based alcohol reform group).

The trial restrictions limited the hours during which take-away alcohol could be sold on weekdays to 2-9pm. They also attempted to address the sale of cheap 4L or 5L casks of wine by prohibiting the sale of take-away alcohol in containers larger than 2L. This super cheap alcohol was most implicated in the town’s social and health problems.

The trial had some positive effects but was substantially undermined by drinkers switching from cask-wine to other cheap forms of alcohol – in particular fortified wine sold in flagons and casks.

This led to renewed advocacy for more effective approaches to alcohol–related harm. In 2006, the NT government implemented the Alice Springs Liquor Supply Plan (LSP). This continued the earlier restrictions on the hours of sale for take-away alcohol. But it also extended the ban on the sale of cheap alcohol to include both wine in containers larger than two litres and fortified wine in containers larger than one litre.

What the liquor supply plan achieved

A 2011 government commissioned study found removing the two cheapest forms of alcohol (cask wine and fortified wine in casks and large bottles) from the market increased the price of alcohol in Central Australia. Before the introduction of the liquor supply plan, the average wholesale price per standard drink was around A$0.80. Under the plan, this increased to about A$1.10 per standard drink.

The reductions in alcohol consumption were accompanied by a significant decrease in social harms and adverse health impacts. Treatments for alcohol-related harms at Alice Springs Hospital, which had been rising steeply, levelled off. Though they continued to rise, they did so at a much reduced rate.

This included reductions in those who were admitted to hospital because of assaults. In particular, the liquor supply plan led to around 120 fewer than projected Aboriginal women being hospitalised per year for assault. A similar pattern was seen for emergency department presentations, with a significant decrease in people presenting as a result of assault.

Some have argued Aboriginal drinking is not affected by price as these drinkers will simply increase their expenditure on alcohol to maintain their consumption. But the liquor supply plan provides powerful evidence this assumption is incorrect. The reduction in assaults of Aboriginal women strongly suggests the increases in price were accompanied by a reduction in consumption.

The implementation of the minimum floor price shows the importance of local advocacy by Aboriginal organisations and community groups in moving policy and practice in alcohol control forward.