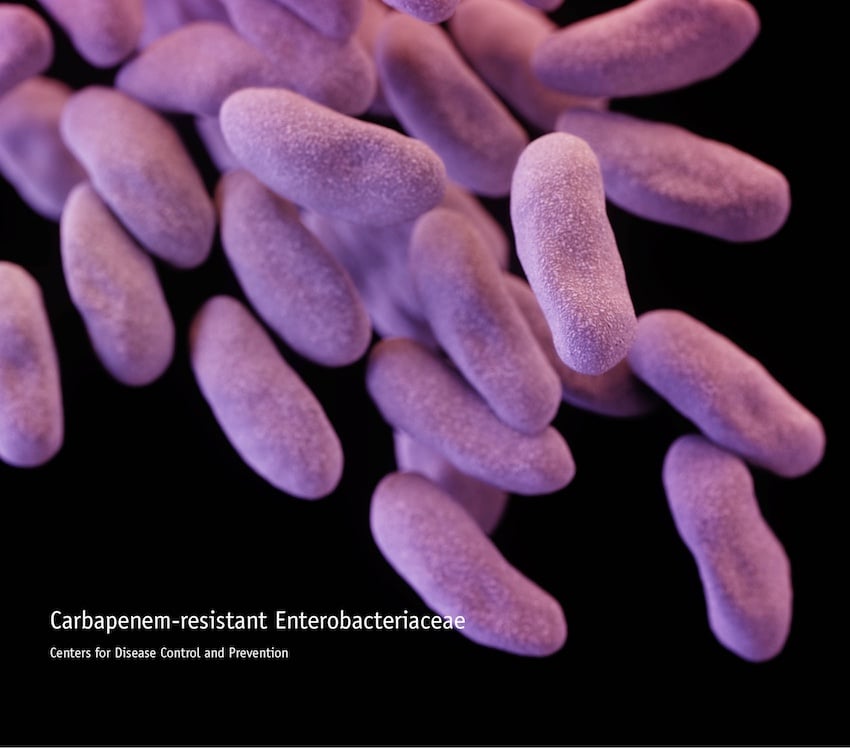 Introduction by Croakey: Last week, it was reported that Australian researchers have isolated strains of Staphylococcus epidermidis that have caused invasive infection and exhibit “near pandrug” resistance.

The finding needs further investigation, but it has potential to up the stakes on the ever-evolving problem of finding ways to prevent and manage serious bacterial infections that are resistant to most antimicrobial agents.

An Editorial published last year in the Medical Journal of Australia highlighted that this is a global problem, posing “one of the most complex health and economic challenges today”.

The Editorial outlined some of the coordinated international responses, including the World Health Organization’s, Global Action Plan on Antimicrobial Resistance, which has as one of its five objectives, “to strengthen the knowledge base through surveillance and research”.

Since 2016, Australia has had a nationally coordinated system to monitor confirmed cases of dangerous resistant bacteria, in order to inform and guide clinicians, researchers and policy makers.

Below, infectious diseases physician and Clinical Director for the AURA Program at the Australian Commission on Safety and Quality in Health Care, Dr Kathryn Daveson, provides detail from the latest Critical Antimicrobial Resistance Alert (CARAlert) report, in the context of the wider picture of tackling antimicrobial resistance in Australia.

Antimicrobial resistance by dangerous bacteria is an ongoing threat to the health of all Australians, and figures just released from the National Alert System for Critical Antimicrobial Resistance (CARAlert) system reinforce the importance of infection prevention and control and antimicrobial stewardship.

The CARAlert report, released every six-months by the Australian Commission on Safety and Quality in Health Care (the Commission), confirms that Carbapenemase-producing Enterobacteriaceae (CPE – previously also known as CRE) and Neisseria gonorrhoeae are the most commonly reported organisms with critical resistances to antimicrobials across Australia.

We are seeing antimicrobial resistance to a range of last-line antimicrobials in an increasing number of organisms. Because the infections caused by these organisms are very difficult to treat, they pose a significant problem, especially if they were to spread unchecked across multiple healthcare settings and the community.

In total, the CARAlert received 653 notifications of organisms with Critical Antimicrobial Resistances (CARs) from the 58 participating laboratories during the six-month period to 31 March 2018.

Two categories of CARs continue to be reported in large numbers. CPE, particularly Enterobacter cloacae complex and Escherichia coli, is the most commonly reported CAR from hospitals. These can cause common infections, have limited treatment options and can have a death rate as high as 50% for blood stream infections.

Equally concerning is the continuing high number of alerts for resistance in N. gonorrhoeae outside the hospital environment. For the first time, two extensively drug-resistant N. gonorrhoeae infections have been reported in Australia, following reports in the United Kingdom of a similar strain. These infections are unable to be treated with the recommended first line treatments of ceftriaxone and azithromycin. 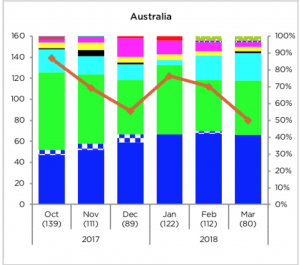 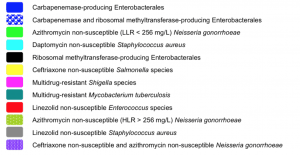 What is being done to control the spread of infection?

The good news is that we have already put in place some of the tools needed to take the fight to the CARs themselves, with the CARAlert system as a case in point. This system was established by the Commission in 2016, with funding from the Commonwealth Department of Health, to monitor and report on identified cases of CARs as part of the wider Antimicrobial Use and Resistance in Australia (AURA) Surveillance System.

In developing the CARAlert system, it was crucial to ensure that it allowed for this advice to be made available to the relevant state and territory health authority as close as possible to the time of confirmation, and following the report by the laboratory to the referring doctor or hospital.

Each state and territory health authority has designated staff who have direct access to confirmed results for their jurisdiction. If a CARAlert originates from a public hospital, these staff are able to identify which hospital is affected. In addition, weekly summary reports are provided to laboratories, state and territory Health Departments and the Commonwealth, and bimonthly updates are published on the Commission’s website. More detailed reports on the analysis of CARAlert data are also made available publically, every six months.

Knowing when and where resistances are occurring – particularly across complex health systems – means that hospitals, doctors, patients, infection control practitioners and state and territory health departments, are able to take informed and timely actions to limit their spread. CARAlert is another tool to inform this process.

Importantly, while a nationally coordinated approach is vital, we can all play a role in stopping CARs becoming commonplace. Reducing the use of antibiotics where they are unlikely to provide benefit will help to reduce resistance.

If you are a clinician, it’s important to know which patient populations are at risk and to take actions to limit spread to other patients once they are identified, by implementing improved infection prevention and control practices. You can learn more about this through resources such as the Commission’s Recommendations for the control of carbapenemase-producing Enterobacterales: a guide for acute health facilities.

With systems such as CARAlert, effective quality improvement initiatives in place, and an increasing awareness amongst clinicians and the wider population of the significant threat posed by CARs, the fight against antimicrobial resistance is well underway.

The Commission is now working with all states and territories to establish a network for the coordination of response to outbreaks of resistant organisms in Australia.

Dr Kathryn Daveson is the Clinical Director for the AURA Program at the Australian Commission on Safety and Quality in Health Care. She is a specialist in infectious diseases practicing in ACT Health.