The Open Polar Sea: a creative call for climate action and musical tribute to the late Professor Tony McMichael

How might the arts and in particular music help to inspire humanity to respond more effectively and imaginatively to the existential threat of climate change?

Working in the arts sector, I’ve wondered how it might be possible to contribute to the discussion on climate change and wider social issues.

As a musician, one can keep things on a purely musical and artistic level but it is also possible to use themes to allow people to contemplate broader ideas.

My father, Tony McMichael, an eminent epidemiologist, was a pioneer in warning people that climate change, given the scenario of a 2-4 degree warming world, would have an adverse impact upon the health of populations and indeed civilisations, unless we took action now.

He passed away on 26 September. The response from his peers from around the world is a testament to his life’s work across many public health issues.

I had many conversations with my father about climate change, and we talked about the influential role that the arts can play in drawing attention to societal issues.

As a musician (a professional violinist), I recently had a feeling that in some way I wanted to contribute to the debate. I believe that it is not possible to blindly go on ignoring the size of our human footprint upon the planet for the sake of short-term economic growth.

Many people in the arts sector are concerned, and I know that they have the creative capacity to focus public attention on issues and to stir our imaginations through artistic creation that illuminates our existence.

Beauty beyond language
The arts, and especially music, can be abstract with a beauty that is beyond language, and can grab our imaginations in ways that a set of rational facts cannot – at least for many people.

My father said that climate change scientists fear that people have stopped listening: societal fatigue in the face of dry and inconvenient truths.

People want to escape the realities of bad news. Yes, we have heard the doom and gloom about future threats but we want to get back to dealing with day-to-day living.

How to communicate the science in ways that continue to speak to people? My father believed it would take a radical shift in thinking to move humans on course to ensure the responsible use of our planet and hence our well-being and perhaps survival.

I first talked about my ‘Open Polar Sea’ project with my father while he was in hospital in September. Despite being very ill with influenza and pneumonia, he was intrigued and, as always, very encouraging.

I asked him about the myth of the Open Polar Sea, which I had come across while thinking about the project. From the 16th to the 19th century explorers had contemplated the possibility that an open passage of sea may exist in the Arctic that would allow a safe northern passage across the top of the world.

I was attracted to the mystery of the myth as a metaphor; a sense of possibility and potential and the wide-eyed wonder of setting out into the unknown hoping to find a mythical sea.  I also thought of the turn of events that has led to this myth now becoming a reality with high rates of arctic melting.

My father responded that humans are now heading into the unknown: we are drifting on uncharted seas into climatic conditions that the human species has never encountered before and where outcomes are difficult to foresee.

My father spoke of his recent trip to Alaska to the International Epidemiology Association (IEA) World Congress on ‘Climate Change, the Anthropocene, and Human Health: Implications for 21st Century Epidemiology’.

He had been very moved by a talk about the Sami people and their stories about the direct impact of climate change now upon their culture and way of life.

He thought some of the images presented might resonate with my own project, but, sadly he had no time left to him to follow through on that suggestion.

I have dedicated my recent CD, the ‘Open Polar Sea’ to my father, Tony McMichael. This collection of pieces uses sculptural approaches by several composers to the sound of the solo violin and incorporates arctic ice field recordings.

This CD release is a small contribution to keeping the climate change issue resonating in our consciousness while celebrating our human gift of music.

• “Open Polar Sea” is available as a download on the Dutch label, Unsounds, or listen to track samples here. 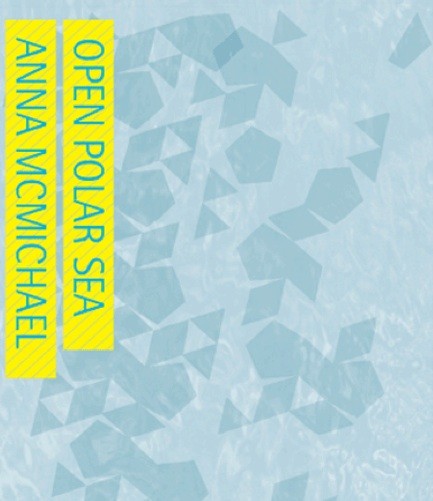 PrevPreviousNot for release: On the latest instalment in the sorry saga of mental health reform
NextUrgently needed: voices for integrity in public policy makingNext