The international community, including the Australian Government, is turning a blind eye to the plight of hundreds of thousands of people in the Central African Republic (CAR), who are are in urgent need of humanitarian aid, according to Dr Mégo Terzian, President of Médecins Sans Frontières.

As UN mandated troops begin their response in the Central African Republic (CAR), humanitarian actors, including Médecins Sans Frontières (Doctors Without Borders), continue their work whilst maintaining their call for the world to deliver urgent additional aid.

The violence in CAR is significant and constitutes a serious violation of international humanitarian law.

Médecins Sans Frontières has specifically called on all armed groups to end violence against patients and medical personnel after staff witnessed summary executions carried out by armed men inside the Amitié Hospital in the capital Bangui, and found dozens of corpses lying in front of the hospital. These abuses must stop.

The humanitarian crisis is also significant. The United Nations estimates that 395,000 Central Africans have fled and are hiding in the bush, without aid, medical care, shelter, food or drinking water.

The fate of the displaced persons is barely better at several population resettlement sites, where they live in extremely crowded and deplorable sanitary conditions. More than 1.6 million Central Africans out of an estimated population of 4.6 million are believed to require immediate humanitarian assistance Source: United Nations, October 2013.

The international response is underway and as a member of the UN Security Council, the Australian Government has been a strong supporter for a resolution to use armed force to protect civilians.

The Australian Government has also called for sanctions and an international commission of inquiry to end legal impunity for human rights abuses. Security is clearly important. However, these measures will not be enough to end the suffering of the Central African Republic’s people.

Today, it is the lack of aid that is the primary cause of suffering that we are witnessing in CAR. In November this year Médecins Sans Frontières met with the Australian Government in Canberra to urge support for humanitarian aid in CAR.  I repeat that call today.

For nearly two years, Médecins Sans Frontières has demanded that States and aid organisations take action in the face of the disastrous humanitarian situation in the Central African Republic, but Donors have not organised in the face of this emergency.

Malaria is the leading cause of death in the CAR, yet as cases peaked, the fragile drug and medical supply chain was broken. Health care facilities have not been able to resume their activities and monitoring systems no longer operate.

Médecins Sans Frontières teams have witnessed summary executions and murders and villages set on fire. They have also gathered statements from patients and displaced persons that speak of atrocities, attacks and targeted killings. Buildings and public facilities across the country have been looted.

All the NGOs have experienced security incidents. Most UN agencies’ international staff members based outside the capital have been evacuated. In Bangui, UN and international organisations’ offices have also been destroyed.

To end the violence, the Security Council’s resolution now authorises the use of force but makes no provision to strengthen emergency assistance.

Despite real opportunities to provide aid and medical care to the residents of a country that has been nearly bled dry, the international community is avoiding the aid issue.

For now, it’s largely left to independent humanitarian organisations whose funds for emergency programs such as those in CAR ($1.28 million from individual Australian donors to Médecins Sans Frontières alone in 2012) who are shouldering the burden.

This is woefully inadequate to meet the urgent needs of the population and has led Médecins Sans Frontières to write an open letter to the United Nation’s Under-Secretary-General for Humanitarian Affairs and Emergency Relief Coordinator, among others, criticising the UN’s lack of response to date.

These photographs have been supplied by MSF 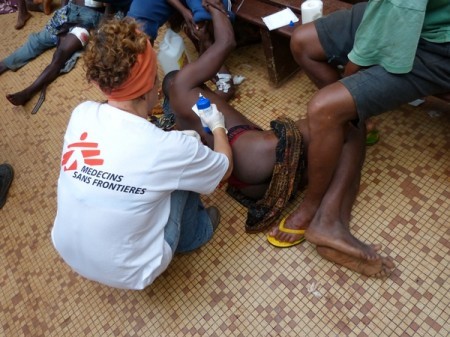 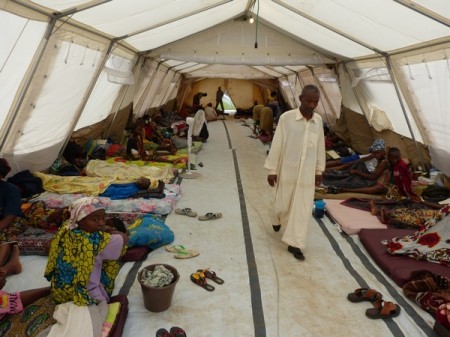 Description: Violent armed clashes took place in Bangui. In a few hours, MSF teams have joined the Community Hospital to cope with the influx of wounded. Our medical teams are working now in emergency departments, surgical and hospitalisation.

Most people have supported injury by firearms or knives (machetes and knives). A second operating theater was opened, and several tents to receive the wounded and increase hospital capacity. 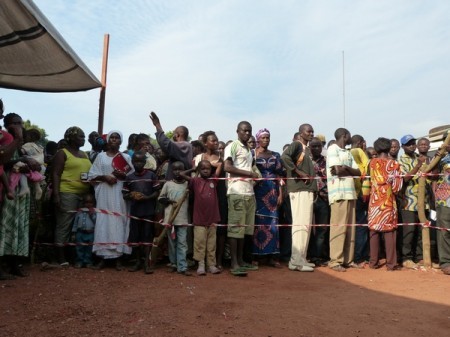 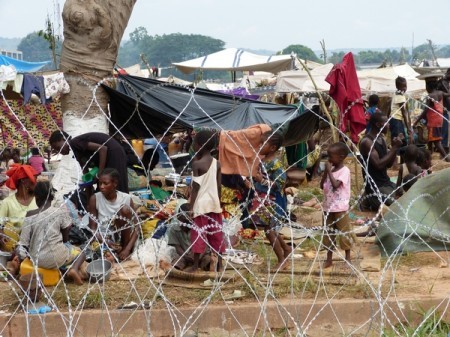 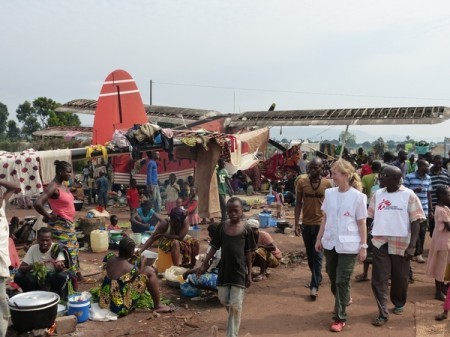 Description: Over 20,000 people displaced by violence gathered at the airport in Bangui. MSF provides medical care for children under 5 and pregnant women. More than 200 consultations are given each day at the airport, mostly trauma cases and malaria. We refer the wounded and medical and surgical emergencies to the Castor Maternity, the Community Hospital or the Pediatric Complex in Bangui supported by the NGO Emergency. 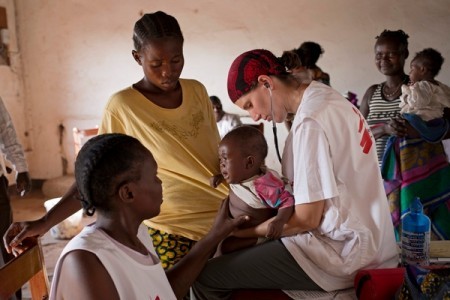 Description: Tessy Fautsch, MSF nurse is treating displaced families in the airport where MSF has set up a clinic. MSF provided more than 200 consultations per day mainly traumas and malaria cases 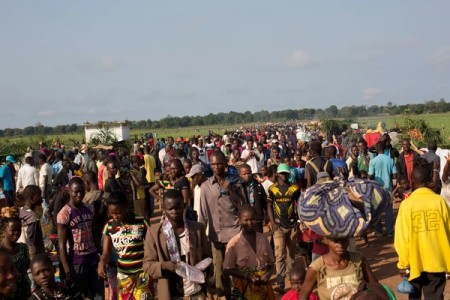 Description: People flee their homes because of the violence and take refuge in either churches or at the airport. Tens of thousands of people have been displaced within the city due to the violence

PrevPreviousHow one regional city is harnessing the health-promoting benefits of a connection with nature
NextLinking the cultural and environmental stories of the Darling and Murray Rivers: a case for eco-healthNext