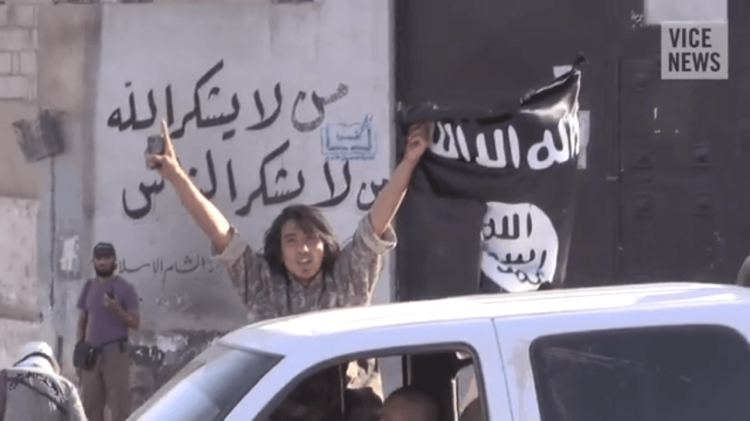 The power of the glory: how extremism wins minds – and how to get them back

“How could a teenager from a loving, moderate Muslim family, described by friends as “funny” and “kind”, become so radicalised within months that he stabbed two police officers and ended up being shot dead?” So began a recent report in The Guardian on the inquest into the death of Melbourne boy, Numan Haider. While the case is one of only a handful in Australia it is a pertinent question as we face the situation in which young Australians are willing to break the law, kill or even die for the cause of Islamic State.

Below, in a very accessible Croakey long-read, Melbourne bioethicist, Dr Paul Biegler, outlines some of the factors that might predispose young people to radicalisation, and considers how we can help those who have formed a distorted view of reality to refocus.

In the wake of the Sydney arrests of Milad Atai and an unnamed 16-year-old school girl charged with funding Islamic State, the inquest into the death of radicalised teen Numan Haider and the anniversary of the alleged suicide attack by Jake Bilardi on the 8th Iraq Army Division in Ramadi, it is worth asking; are we any closer to understanding why young people will give up their lives for this cause?

The quest for significance

Professor Arie Kruglanski, Senior Researcher at the National Centre for the Study of Terrorism and the Response to Terrorism at the University of Maryland, says IS homes in on a need that is especially acute for young people struggling with uncertain futures and the pressures of career and success, or immigrants humiliated by society’s disdain.

“ISIS propaganda has been very effective in arousing people’s desire to do something important, their quest for significance, and convincing them that the way to become important, to do something that will establish their name as heroes and martyrs, as glorious fighters, courageous men, is by joining ISIS,” he says.

Kruglanski’s research has found that people burdened with a sense of failure may be especially open to the group membership and belonging offered by IS.

In a soon to be published study people who rated their own lives less successful were more likely to think children should be raised to serve the nation or a religion rather than pursue personal success.

Says Kruglanski, “if you lose significance you feel humiliated and weakened and this provides an impetus to join a group because there is power in numbers, in belonging to an entity greater than yourself.”

In exchange for that power the new recruit signs an implicit and deeply psychological social contract that extracts obedience.

“Community is defined by its shared reality, by its set of beliefs. To the extent those beliefs justify violence against a real or imagined enemy those people who join the community to feel empowered also feel obliged to carry out its commands,” says Kruglanski.

A central goal of IS propaganda is to bring the ostensible reward of the jihadist path into the teenager’s suburban bedroom and make it real.

In warrior tones a voiceover inveighs against Western greed and corruption, bearded jihadists pose victorious in front of blazing enemy vehicles, and an Arabic chant pulses hypnotically before fading to the plaintive call of the imam. It’s powerful stuff.

Robyn Torok, a PhD researcher at Edith Cowan University’s Security Research Institute, says IS leverages emotion, via all the senses, to reinforce the visceral appeal of its message.

And in reference to the gruesome images of smiling corpses circulating on the Net, Torok says, “it’s getting them into the emotional state of seeing themselves in the future when they actually die. The smile on the martyr’s face is a visual cue that they have passed on to paradise, that they are with the virgins.”

Torok has found recruiters are targeting disaffected Australian youth on Facebook then befriending them by feigning shared interests, for example, “the Swans are a great team,” and “I bought that iPhone last week”.

They also frame grievances to heighten antipathy towards the West; in relation to Western inaction in Syria, for example, “what type of government would allow this to happen?”

The power of story

IS is also tapping into something of increasing interest to military strategists; the persuasive power of the humble story.

The Pentagon’s research arm DARPA recently funded a range of projects under its “Narrative Networks” program that investigated, among others, how stories radicalise.

Professor Steve Corman, Director of the Centre for Strategic Communication at Arizona State University and a DARPA grant recipient, says stories have an ace up their sleeve when it comes to getting our attention.

“What underlies the evolution of human communication is the necessity to tell stories about what happens. So the lion came into camp and ate people but some people reinforced their house in a particular way and didn’t get eaten….,” he says.

On the back of their survival value, some stories have risen to the dizzying height of the “master narrative” to be told and retold over generations.

But in entering the canon they also tend to be accepted uncritically, a fact that extremists exploit mercilessly.

Says Corman, “So there’s the story everybody knows of the mediaeval crusaders coming in to destroy Muslim lands. IS frames that in terms of recent events, the US sending troops into Saudi Arabia during the Gulf War for example. Then they invite people to align their personal narrative with that. To become good Muslims you must resist the crusaders just like the Muslims did hundreds of years ago.”

The awkward fact of US troop withdrawals from Saudi Arabia and Iraq, at odds with the rhetoric of invasion, falls victim to the seductive rationality of the narrative which, as Corman puts it, “trumps logical reasoning”.

The persuasion blitz is abetted by our tendency to believe things because they make us feel good, not necessarily because they fit the evidence, something psychologists call “motivated reasoning”.

Kruglanki explains: “the motivation to feel significant biases the perception of ideology that promises you significance. It reduces your tendency to be critical and examine evidence that the suggestions may not be as compelling as they seem.”

Exploiting the existential discontent of youth to instil hatred is one thing, but what possible lever does IS pull to convince them to kill?

Dr Pascal Molenberghs, Director of the Social Neuroscience Lab at the Monash Institute of Cognitive and Clinical Neurosciences, recently conducted an experiment that sheds light on the answer.

He had people in a brain scanner watch extracts from the video game Counter-Strike in which they become a gun-toting protagonist killing either civilians or enemy soldiers.

Shooting civilians activated the lateral orbitofrontal cortex, a brain area linked to the guilt of moral transgression. But shooting soldiers did not.

The study suggests participants saw the soldiers as justified targets and this quelled the aversion we normally feel when harming others.

Could radicalised Muslim converts, fuelled by group approbation or the approval of an extremist “mentor”, be learning to see non-Muslim citizens as justified targets?

Molenberghs acknowledges his data don’t speak to whether, or how rapidly such a conversion could take place, but says, “if someone attacks you it’s very important from an evolutionary point of view to be able to switch off feelings of empathy and compassion immediately, and commit extreme violence towards another person to save your own life. This suggests our brain has adapted to make sure that such conversions can happen quite rapidly and easily.”

But if the data are lacking, Kruglanski suggests a historical precedent: “an interesting example is the former Yugoslavia where people of different ethnicities lived peacefully together and overnight they find one another as deadly enemies. This can, apparently, be a very quick process.”

One might think the risk to their own life would dull the lethal intent of freshly minted converts, but Kruglanski recently co-authored a study suggesting otherwise.

He primed people with either an individual or a group mentality by having them read a prose passage and circle either singular (I, mine) or plural (we, ours) pronouns. People primed with a group orientation rated their death anxiety lower and their willingness to sacrifice their life for a cause higher than did people primed with a self-focus.

The study will be of no comfort to any parent worried their child’s social media use is taking a sinister turn.

How, then, can the insights of psychology counter the insidious creep of radicalisation?

Kruglanski thinks part of the answer lies in a key difference between IS and Al Qaeda.

“Al Qaeda’s long term project of defeating the United States is very abstract and frankly unlikely, whereas ISIS is promising something very concrete. There is a territory, there is a country, you can go there and become a citizen of the caliphate…. so to reduce its appeal it has to be defeated on the ground.”

Kruglanski’s second prescription is to plug the significance vacuum that plagues so many who succumb to the IS embrace. This, he says, must involve equally passionate moral causes, minus the violence: the Peace Corps, for example.

In a similar vein, Corman says we must hold up alternative narratives, like that of Bacha Khan, a devout Muslim dubbed the “frontier Gandhi” who practised Gandhi’s non-violent resistance in opposing the partition of India.

Corman also says we must undo Islamic State’s “pruning” of history which touts the first caliphates as sublime utopias when they were “anything but”, and counter the crusader/champion rhetoric with uncomfortable truths, for example, that IS overwhelmingly kills other Muslims.

“There is a pleasure in exhibiting power and the greatest power that can be unleashed is killing…. on the other hand we have been socialised and civilised to abhor violence.”

IS releases the “brakes” of civilisation by dehumanising the enemy and offering young men the closely entwined rewards of sex, killing and power. Meanwhile the stodgy offerings of middle class suburbia struggle to compete.

Says Kruglanski, “one must not underestimate the power of the glory being offered. No amount of the steep hill of the career can match the immediacy and glamour of joining the fight, which is almost evolutionarily ingrained. Hair in the wind, rifle at side, in the Humvee, racing through desert for a cause of historical importance. No amount of middle class drudgery can match it.”

But it is all seen through a biased lens and so perhaps our greatest challenge is to refocus.

Dr Paul Biegler is an Adjunct Research Fellow at the Center for Human Bioethics, Monash University. Follow him on twitter @pbiegler

PrevPreviousBEACH gets a lifeline, but where’s the government’s commitment to Primary Care research?
NextImplicit bias: what is it, and why does it matter in healthcare? (Timely context for Gurrumul’s case)Next