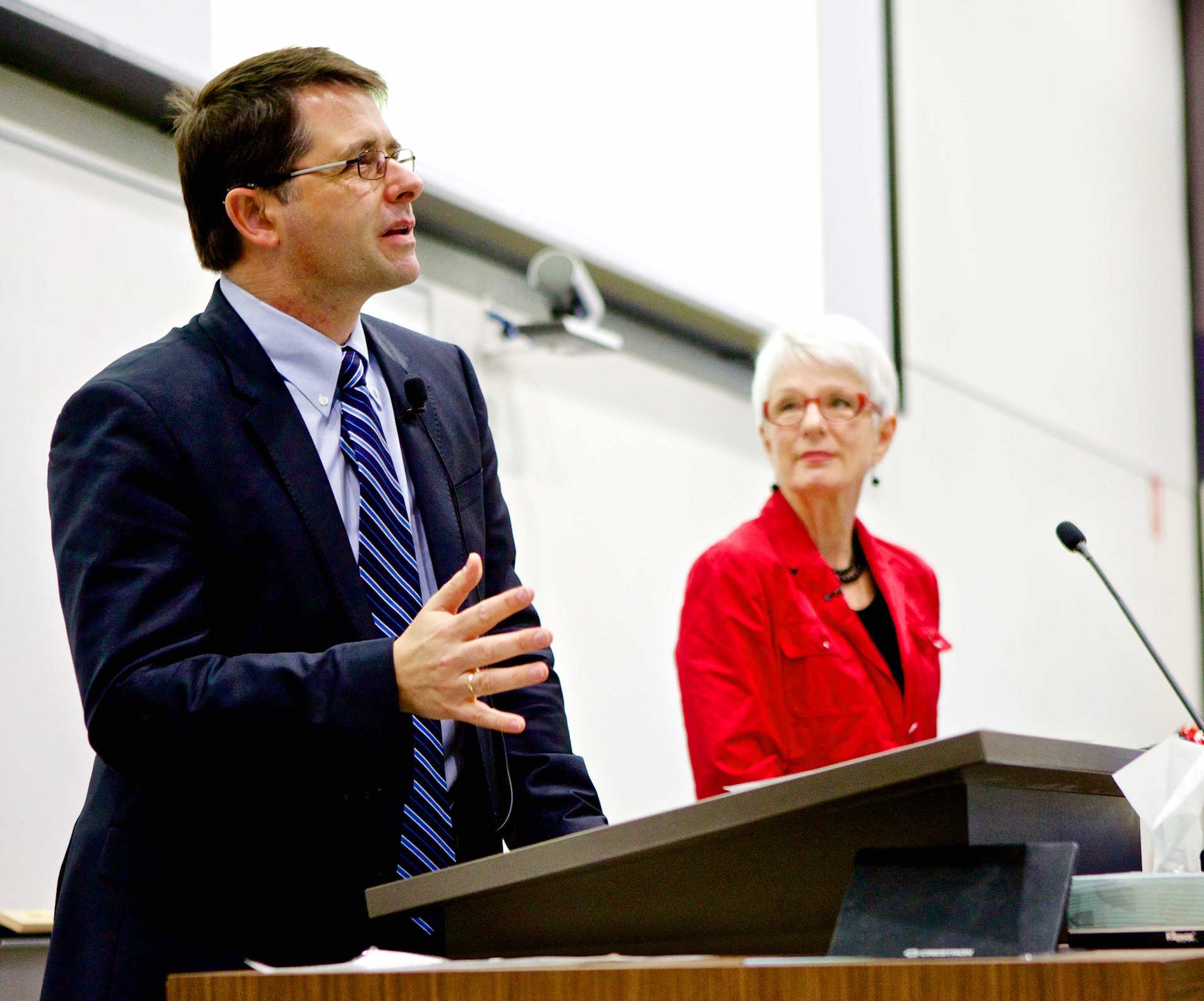 The right to health is at the heart of eliminating disability discrimination: Alastair McEwin’s Southgate Institute Oration

We know from El Gibbs’ excellent #CripCroakey posts on this site, that the health impacts of disability go far beyond the physical aspects of the disability itself.

The post below, drawn from Disability Discrimination Commissioner Alastair McEwin’s recent Southgate Institute for Health, Society and Equity Oration, extends this idea, and suggests ways in which current initiatives in Australia could be used to eliminate the harm caused by the way Australian society treats people with disabilities.

The eighth Oration (#sgateoration) of the Southgate Institute for Health, Society and Equity was held at Flinders University last week.

The guest orator was Alastair McEwin, who commenced as Australia’s Disability Discrimination Commissioner in August 2016. McEwin focused his Oration on ‘Achieving the right to health for people with disability: eliminating discrimination in a changing world’.

The disability gradient in health

“There is a clear disability gradient in health,” stated McEwin as he argued that the most significant impediments for people with disabilities are not physical.

Instead they stem from the disabling effects of social, environmental and attitudinal barriers that prevent the full and equal participation of people with disabilities across all areas of life in Australia.

“Being discriminated against, disempowered, marginalised and unable to access opportunities and activities on an equal basis are far more significant determinants of health than any disability.”

McEwin offered stories and examples to illustrate the disabling effects of social and economic barriers, which often result in the exclusion of people with disabilities from decision making about personal expression, social participation and reproduction.

Systems that do not recognise or support the needs of people with disabilities also result in reduced opportunities for participating in education, meaningful employment and civic duties.

The deficit lens and other barriers to health

McEwin argued that this is because people with disabilities are most often viewed through a deficit lens, making system changes appear largely undesirable and too costly.

This denies the productive potential of people with disabilities, however, and stifles the benefits that may flow to communities, educational institutions and workplaces through system changes that facilitate inclusivity.

The resulting impediments lead to co-morbidities, reduced life expectancy and the imposition or acceptance of inappropriate and potentially unsafe health care.

Such injustices result in generally poorer health and wellbeing for people with disabilities, both caused and exacerbated by discrimination, which, ultimately, impedes access to civil, political, cultural, social and economic rights.

“Discrimination and circumstance compromise the full realisation of the right to health, and this is why achieving the right to accessible health is so important to the full citizenship of people with disabilities.”

McEwin’s oration is timely. 2016 marks ten years since the Australian Government signed the United Nation’s Convention on the Rights of Persons with Disabilities.

The Convention provides guidance about how government policy and action can shape environments that foster inclusivity and contribute to the promotion of wellbeing for people with disabilities.

The National Disability Insurance Scheme (NDIS) is also being implemented around the country. Both the Convention and the NDIS provide the foundations for major social reform.

Throughout his Oration McEwin identified several areas that should be acted upon to facilitate, and further progress, such reform through the creation of environments that contribute to the wellbeing of people with disabilities.

Alastair McEwin concluded the Oration by reflecting on the importance of continuing the legacy of Dr Deane Southgate, whom the Southgate Institute for Health, Society and Equity is named after, and whom the Oration series honours

Dr Southgate was a South Australian GP and public health advocate with a desire to direct attention to, and address, the social factors that exacerbate vulnerability, oppress and marginalise. His practice reflected a deep understanding of the impacts of people’s circumstances, and the environments in which they live, on their health and opportunities.

His example is particularly relevant to work in the area of disability, where discrimination and injustices operate as significant impediments to the realisation of health equity for all.

Dr Toni Delany is a Research Fellow at the Southgate Institute for Health, Society and Equity, Flinders University. On twitter @ToniDelany

PrevPreviousDoctors and supporters to march for ethics and common decency on October 30th and November 5th
NextNo glass ceiling in the bush: ACRRM president reflects on culture, connection and rural practiceNext