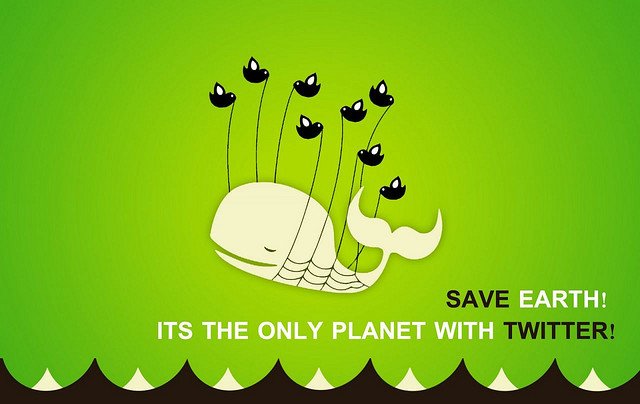 If brevity be the soul of wit, longevity lies in the rise of Twitter. So why are many academics wary?

In an era of fragmenting audiences, proliferation of new sources of news and views and a shift from mainstream coverage to specialist outlets and authors, social media offers to cut out the middle-man, connecting researchers directly with the public.

For some, this is a heady prospect; others shrink at the thought.

Twitter is an essential part of daily life for the Croakey connective, and an important part of our work. Just this week we’ve published the latest stats from @WePublicHealth and extended an invitation to join our latest venture, #CroakeyGO.

In this piece for Croakey, Public Health Advocacy Institute of Western Australia (PHAIWA) Dr Melissa Stoneham throws down the 140-character gauntlet to public health researchers and academics. Her message is short, but tweet.

Melissa Sweet wrote in a recent blog, that one of the goals of @WePublicHealth has been to encourage creative use of Twitter for public interest discussions and investigations, in line with Croakey’s broader remit to put a focus on under-served health issues and communities.

Since the account was set up, @WePublichealth has sent 46,600 tweets and gained 11,000 followers. This is pretty powerful stuff.

We need a similar revolution for public health researchers and academics and to encourage this movement, we have launched The Twitter challenge!

Our message – We need more academics and researchers tweeting

What now? Sign up here to get started…or read on if you need convincing

One of the tasks I volunteer to do, is tweet for a major Australian and New Zealand Public Health Journal. This involves tweeting about our impact factor, our Association, our Editors, and more importantly, about the most recently published manuscripts.

When developing a tweet about a published article, I attempt to include the twitter handle of the principal author. I mean, it is a great thing to know that the blood, sweat the tears involved in writing the journal article was worth it, and that is it being promoted across the Twitterverse.

The challenge I have, is actually finding academics who have a Twitter handle…and so I got to wondering why it is that not many academics use Twitter.

Twitter has come a long way. The wider community, as individuals, community groups and others are taking up the opportunities of the emerging digital ecosystem to become creators, publishers and distributors of news and information.

I admit that academic literature on the use of social networking platforms such as Twitter for research purposes is in its infancy.

However, in an article by Sweet et al., the benefits of the @IndigenousX account are outlined, stating it provides a news service, is autonomous in the sense that guest tweeters are not expected to follow a ‘line’ but to express themselves, and embodies an ethic of respect for Indigenous knowledge and world-views.

Cody et al., have demonstrate that unsolicited public opinion polling through sentiment analysis applied to Twitter correlates well with a range of traditional measures, and has predictive power for issues of global importance.

Some researchers have published that Twitter is useful in recruiting research participants, others have discussed its unique potential to reach a range of social groups and there is some literature to show that Twitter can increase research visibility.

Even James Kite and I have published saying that it is timely for academics to embrace the online ecosystem to encourage a multidirectional flow of information, allowing practitioners or researchers to engage with policymakers, community groups or non-government agencies, enabling ideas to percolate.

We suggested that using Twitter and similar online platforms represents a marked change from traditional peer-reviewed publications, which were unidirectional.

So my question remains – why don’t more academics embrace Twitter?

Is it because they think it will require a large investment in time? In terms of my time, I probably invest less than 20 minutes a day on Twitter. Since ‘tweets’ are limited to 140 charters or less, you can read them in a second or two. Once you get the knack of writing your key message in 140 characters or less, they usually only take a minute or so to construct.

The other advantage with this character limitation is that it will make you think about what is really important and as a result will make you a better writer. With Twitter, you are forced to be concise and pithy. In my world of advocacy, short words, short sentences and short, sharp messages are critical.

Maybe academics think Twitter won’t make a difference? There are so many arguments I could pose to dispel this myth.

Firstly, the more you Tweet, the larger your network. Twitter enables you to connect with like-minded people…or in fact to track your ‘opposition’ to see what tactics they are using.

Twitter actually contributes to community-building. I have met some amazing people on Twitter and when we eventually meet face to face at a conference or workshop, we have an immediate connection.

Twitter also allows you to be up to date on breaking news, research, latest blogs, upcoming events, job vacancies…and so much more. Twitter is the ‘new news’!

Another advantage of Twitter is that it can help you build your professional profile or personal brand. In my Twittersphere, I know who the experts are in mosquito control, sports sponsorship, local government, remote health….and the list goes on. Twitter enables you to build your brand, one tweet at a time.

Finally, Twitter can bring a smile to your face…or sometimes a frown! It can be fun and entertaining….along with the more serious side of promoting yourself and your work.

There are some risks associated with using the digital ecosystems including being targeted by cyberbullies.

I confess that I have been cyberbullied – often by e-cigs supporters, occasionally by the anti-vaccination lobby and sometimes by an individual or group who simply want to tell me I am a nanny.

At times, it is necessary to have a thick skin – and this is made even more clear by a new study, which identified that about 15,000 bullying-related tweets are posted every day, which translates to more than 100,000 nasty messages each week.

On the flip side, Twitter can unite people. To demonstrate this, I will use a non-academic example, but nonetheless, a powerful one.

After the 2011 London riots where every day people’s homes, shops and businesses were destroyed, a Twitter campaign asking people to come and help clean up was launched. A tweet was sent to a few thousand people asking them to bring a broom and a black sack to clean up the streets and enable the shops to start trading. United by the hashtag #riotcleanup, 12000 people were mobilised and managed to clean up dozens of locations around London.

Twitter can be powerful. It is immediate and it’s simple. It is one way to reach a large audience and tell them about your latest research findings or your most recent grant.

My challenge to academics – both emerging and experienced – is to try using Twitter for 30 days. If you need help, here is a beginner’s guide.

Take the plunge, you might actually enjoy it. Send @ANZJPH a tweet about your latest research and start a conversation — you never know where it might end up!

Register here to get started

Dr Melissa Stoneham is the Director of the Public Health Advocacy Institute of WA (@PHAIWA) and an Editor with the ANZJPH (@ANZJPH).

The crisis in regional journalism, why it’s a big health concern, and some suggested solutions