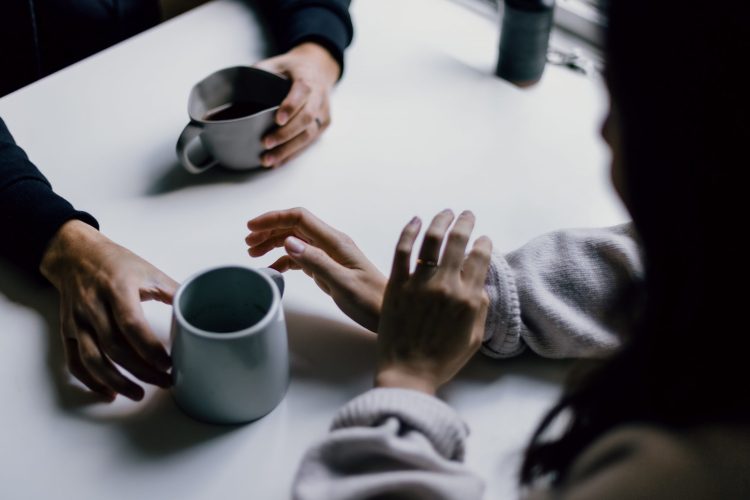 Currently, most Australians do not have the right to take prolonged periods of leave to care for a dying loved one, creating an emotional and financial toll for many families.

Associate Professor Myra Hamilton, from Sydney University’s Centre of Excellence in Population Ageing Research, and Professor Alex Broom, Director of the Sydney Centre for Healthy Societies at Sydney University, say Australia needs to learn from other nations how to strengthen opportunities for dignity, choice and closeness — “in death as in life”.

Would you give up your job to care for your partner if they were diagnosed with a life-limiting illness?

This was the impossible choice that one of our research participants had to make.

Richard (not his real name) began supporting his partner with her care needs when she was first diagnosed. But when doctors told them she had only three months to live, and with no leave available from work, Richard swiftly quit his long-term job so he could provide as much care as possible as she reached the end of life.

Richard is not alone.

He represents a worrying norm among Australians attempting to juggle paid work and end of life care for a loved one. Currently, Australia’s workplace leave policies do not allow people to take prolonged periods of leave to care for a dying relative. As a result, t)he emotional and financial costs for families can be vast and the costs to government and employers can also be huge.

Care by family is fundamental to what can be described as “the cultural imaginary of a good death”, captured by the common phrase “they passed away peacefully surrounded by family and friends”.

But this should not be the end of the conversation. There is a much larger and more enduring issue of providing Australians at the end of life with real opportunities to be with their families in their final weeks and months.

Between 80,000 and 140,000 Australians require end-of-life care each year. Most want to die at home, but many experience the end of life in aged care facilities, hospitals and other institutional contexts.

Wherever they are, the presence and involvement of family in care and support is central to the experience of a ‘good enough death’. In home-based palliative care services in particular, the presence of family carers can be critical to the effective functioning of services.

The majority of carers balance this important care for a loved one with paid work. This balancing act is extremely challenging. Care at the end of life can be intensive, prolonged and unpredictable. Dying can take weeks or even months.

But Australia’s current national system of workplace leave, for those roles it applies to, only provides up to 10 days (less for part-time workers and casuals) of paid sick/carer leave per year, to cover all periods of personal sickness and care for others. Employees can also take up to two days of unpaid leave at a time. This does not match the realities of caring for the dying.

Having no or limited leave to care for the dying only adds to the burden that carers carry during an already difficult time.

Some are forced to work more than they wish through their loved one’s end of life, missing critical moments.

Lorna (not her real name) put it this way “I have to work, we’re in a position where I need to work… And that made it hard too, because I hate to leave him at home, and there was no-one else there”

Carers like Richard may drop out of work altogether or take leave without pay, causing long-term financial hardship and making it much more difficult to return to work once their loved one dies.

There are also costs for employers. Research suggests that businesses that provide paid sick leave have lower turnover rates, recruitment costs and absenteeism, and higher productivity than firms that do not offer these benefits.

The same principles apply to leave to care for the dying. Without access to leave, employees balancing work and care for a dying family member can exhibit greater absenteeism and presenteeism (or being present at work but not fully functioning), which cost employers.

What should we do?

Many countries have dedicated leave to care for the dying.  Belgium and Austria, for example, have paid palliative care leave of between two and six months, a provision that may have allowed Richard to provide the care and support he desired for his dying partner, while keeping his job and financial security.

But in Australia today, there is no national leave policy framework that enables working carers to carry out end of life care responsibilities.

The report of the Royal Commission into Aged Care Quality and Safety released earlier this month recognised this big gap, calling on the Australian Government to consider a longer entitlement to unpaid carer’s leave.

This would go some way to providing families with the time they need but if the leave is unpaid many families still face an impossible decision.

Investing now in a system of extended paid leave to care for a dying relative, while incurring an initial cost to employers or government, would pay off in the longer term.

Such a policy would boost workforce performance of carers. It is also likely to reduce hospital costs on palliative care, by better supporting families to care for their dying family members in the community. More importantly, it would strengthen opportunities for dignity, choice and closeness in death as in life.

PrevPreviousFloods leave a legacy of mental health problems — and disadvantaged people are often hardest hit
NextOne veteran on average dies by suicide every two weeks. This is what a royal commission needs to look atNext