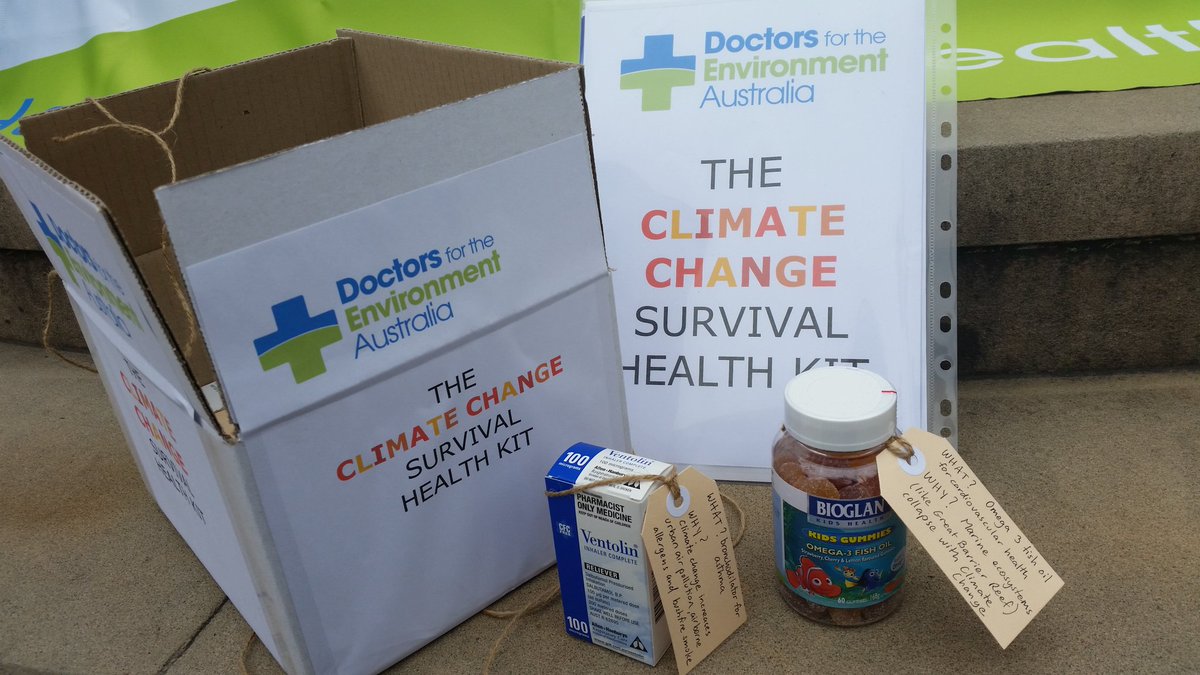 This is one survival kit NOT to rely upon

“This is no time to pull the doona over our heads,” the Prime Minister Malcolm Turnbull told the Coalition campaign launch on Sunday.

He was referring to the LNP’s bid to pitch themselves as superior economic managers to Labor – but his imagery is likely to have another meaning altogether for organisers of climate change events held in his eastern Sydney electorate of Wentworth over the past two days.

Yesterday, one of Turnbull’s predecessors, Dr John Hewson (a former member for Wentworth and former Liberal leader), damned the Coalition Government’s record on climate action, when speaking at a rally in the heart of the Wentworth electorate.

He said climate change should be the dominant issue in the election campaign, and criticised “short-term” politicking from the major parties for policy failures (read more at The Guardian).

(His critique is in line with the Climate and Health Alliance’s assessment of election policies, which concludes that neither the LNP nor Labor “have any substantive policies to reduce the risks to the health of the Australian community from climate change”.)

The #ClimateFizza rally in a park in the exclusive Sydney suburb of Double Bay also heard from a public health doctor, Kate Charlesworth, who warned that climate change presents “a health emergency”. But action on climate is also an opportunity to improve health through the “co-benefits” from promoting active transport, healthier diets, and reducing air pollution, she said.

Meanwhile, almost 400 doctors and other health professionals have signed an open letter urging the PM to act on “the most important issue of our time”.

The letter from members of Doctors for the Environment Australia (DEA), delivered in person to the PM’s electorate office in Wentworth this morning, has three asks:

DEA spokeswoman Dr Helen Redmond said: “In this kit, Mr Turnbull will find a selection of medications many Australians may need for a climate change affected world – including asthma puffers to prepare for more bushfire smoke, allergens and air pollution, rehydration salts for increased risks of gastro and dehydration, mosquito repellent for upsurges in diseases spread by mosquitoes and a lot more.”

The survival kit aims to draw attention to the health impacts of climate change, as well as providing a photo opportunity for the media.

But it is also a powerful reminder of the limited potential for a medical response to climate change, compared with the public health approaches recommended in the DEA letter.

And finally, just to mix some metaphors: if we have to rely on band-aid approaches to deal with the health impacts of climate change, as symbolised by the kit, we may as well all crawl back under the doona (although it is likely to get increasingly hot and uncomfortable under there…)