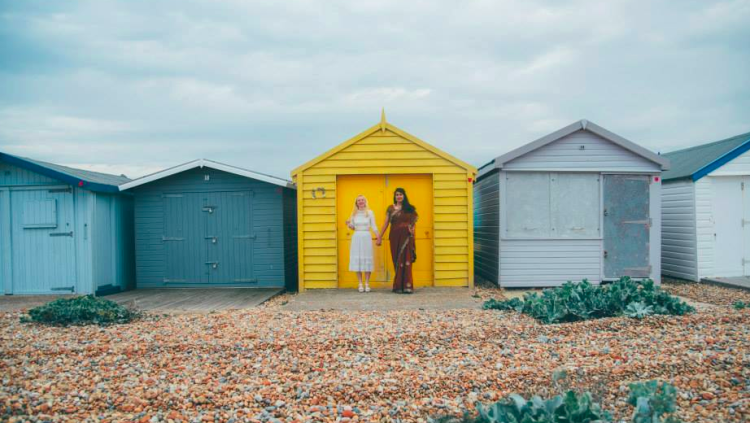 Prime Minister Malcolm Turnbull on Thursday unveiled plans to “strengthen citizenship” in Australia, by requiring migrants to pass a new English language test, reside in Australia for four years as permanent residents, and demonstrate that they “share our values” and “how they have integrated into and engaged with our Australian community.”

You can read the full transcript of his media conference with Immigration and Border Protection Minister Peter Dutton here.

Meanwhile, speaking of values, a significant group of Australian citizens continue to miss out on basic rights with the government’s ongoing failure to deliver marriage equality.

In the post below, republished with permission from his blog, Sydney epidemiologist Gideon Meyerowitz-Katz shows that, on health grounds alone, the government is obliged to act urgently.

Despite recent victories worldwide, the debate about marriage equality rages back and forth. On the one hand we could treat queer people as if they were, you know, people. On the other there’s traditional marriage like in the bible (except, you know, not actually like in the bible because we stopped stoning people to death a little while ago).

Now since it’s tough to sell the less religious on stories written about peasants thousands of years ago, the actual proposed arguments against marriage equality usually boil down to either “It’s bad for children”, “It’s unhealthy/unnatural” or “It’s bad for society”.

And whilst researchers (including yours truly) are basically the laziest people on the planet, able to procrastinate with the efficiency of a thousand barely-comatose slugs, these issues are quite important and so have been looked into.

Here are three reasons why marriage equality is a win for public health and society in general.

The first go-to argument that any traditional marriage campaigner will rush to is that they aren’t really denying gay people the chance to marry for themselves; they’re doing it for the children! It should be obvious that traditional biological pairings are healthier for childhood development than two parents of the same sex.

Now, leaving aside the broad swathe of people this includes (single parents, people raised by grandparents etc), and the fact that marriage equality has literally nothing to do with adoption/surrogacy for same-sex parents (they are completely different laws), what does the evidence say about same-sex parents?

It turns out that children raised by same-sex parents actually do better on many measures of health and happiness than their peers. They tend to have more cohesive families, better general health, and be better behaved. There’s also evidence that these children are more open-minded and receive a higher quality of parenting than the average child.

And whilst there’s certainly evidence that these benefits are due as much to the socioeconomic status of same-sex parents (they tend to be more wealthy than the general population), there’s very strong evidence that kids are at least as well off regardless of their same-sex parents’ income.

Marriage equality; do it for the kids

The only negative associated with same-sex parents? Stigma. Children of same-sex parents are at an increased risk of being stigmatised by their peers. Which leads us right on to…

It’s not news to anyone with a basic understanding of mental health that stigma is a terrible burden. Daily discrimination is the main factor driving the disastrously high rates of mental health disorders and suicide in the queer community.

Almost 1 in 5 LGBTI people report current suicidal thoughts and it is no surprise that the LGBTI community has the highest rates of suicide of any group in the developed world.

And this is all due to stigma.

Not just the overt discrimination like not being able to get married to the person you love, but the everyday, humdrum drone of societal disgust and disapproval. Queer people are more likely to be publicly insulted, ignored by medical staff, and to abuse drugs and alcohol. It’s no surprise that 1 in 5 report being physically assaulted due to their orientation or gender identity.

Marriage equality is, in and of itself, not a big step. Same-sex couples can already do 99 per cent of the things that differently-gendered couples can do.

But then, sitting at the back of the bus gets you to the same stops, right?

Stigmatizing people for whatever reason is not just wrong, it’s bad for their health. Ignoring marriage equality is literally killing people.

On that note; marriage equality has been demonstrated to actually prevent people from dying from suicide. A recent study found that over a 16-year period US states that legalised marriage equality saw a significant reduction in rates of suicide in young people.

Stigmatizing people for whatever reason is not just wrong, it’s bad for their health. Ignoring marriage equality is literally killing people.

Shockingly, reducing the stigma that young LGBTI people face makes them feel less vulnerable and alone. Normalising these kids’ lives makes them feel part of society, instead of pushing them to the fringe. They feel happier. More at home.

From a public health point of view there’s really no question; marriage equality is a good thing. We save lives, we reduce stigma, we might even make life more bearable for some children. There really are no good arguments for so-called “traditional” marriage based on people’s health or wellbeing.

What about from a social point of view?

Ultimately it depends on what you consider as important. If you believe in traditional marriage above all else, go right ahead and marry the partner of your choice.

But let others do the same. It’s not going to affect your marriage. Enforcing your beliefs about what marriage should and shouldn’t be isn’t just about religion.

It’s about whether children live or die.

** Corrected to remove a reference to rates of attempted suicide that should have referred to some groups of LGBTI people, not an overall rate.

Gideon Meyerowitz-Katz is an epidemiologist working in chronic disease in Sydney’s west, with a particular focus on diabetes. He writes a weekly blog on public health, policy, and translating complicated health problems from unpronounceable gibberish into easily understandable language. He also has written for a variety of online publications, including HuffPost, The Method, Tincture and Angry Scientists, and is passionate about topics ranging from mental health to the social determinants of our society.

PrevPreviousPeak health groups sound the alarm about abolition of 457 visas
NextMarch for science & a “new power” challenge – what can we learn in health from the internet pioneers?Next