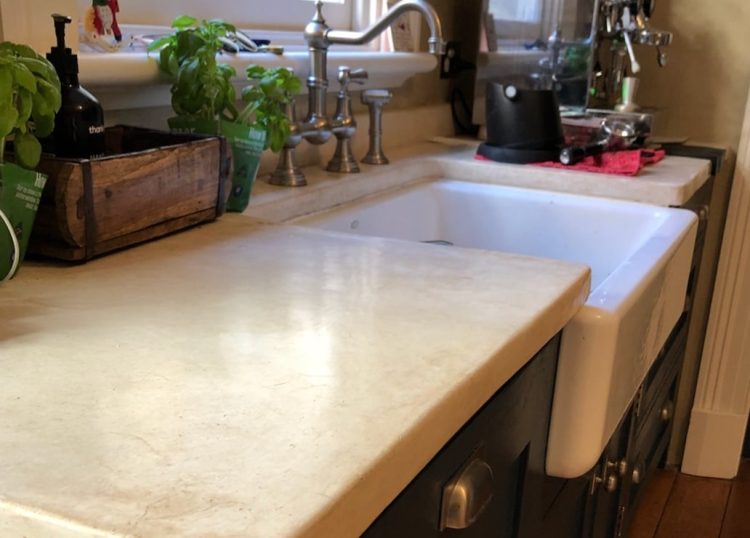 They’re sleek and durable and relatively economical, but the high-tech, engineered stone benchtops gracing many new kitchens around Australia just might have come at a very high price.

Following some alarming recent developments in Queensland, they write, it’s beyond time for the federal government to institute an urgent national response.

Over the past 3 weeks, more than one hundred workers have been screened for silicosis in Queensland, with an alarmingly high number being diagnosed with severe silicosis.

Approximately 30 percent of these workers have accelerated disease and there is a high rate of progressive massive fibrosis, a stage where the scarring in the lung is very active, and the worker is highly likely to become permanently disabled or die.

These cases have affected young men (the youngest is aged 27), with dependent families, and represent a tragedy that is made more poignant by the fact that it is totally avoidable.

The re-emergence of silicosis, a disease first described in antiquity and known about for centuries, represents a failure of prevention and systems for early detection which parallels the re-emergence of coal workers’ pneumoconiosis in Australia, and is totally unacceptable in 2018.

Silicosis: a failure of prevention

The fact that index cases of silicosis were first detected by respiratory physicians in secondary care, implies that there are many more which remain undiscovered throughout Australia.

Silicosis is an entirely preventable lung disease where small particles of free silica, released from stone, usually by cutting or chipping, penetrate down deep into the lung and produce a vigorous response by the body’s defence mechanisms.

Activated lung inflammatory cells (macrophages) act in an attempt to neutralise the toxic particles, but are killed themselves, releasing pro-inflammatory mediators into the lung and producing a lot of collateral damage. Local and more widespread scar tissue builds up, and eventually stopping the lung from functioning.

Workers with silicosis develop breathlessness on exercise and cough, which progresses until they develop respiratory failure and die. They are also at an increased risk of tuberculosis, lung cancer, rheumatological disease, and renal disorders.

If caught early enough, and further exposure is prevented, the disease only progresses slowly, but if high levels of free silica have been inhaled, a rapidly progressive type (accelerated silicosis) can occur.

The causes of silicosis and the methods for prevention have been well known for at least 50 years, but new occupational exposures are still occurring.

The Queensland cases of silicosis are related to the cutting and finishing of engineered stone, which is used for kitchen and bathroom benchtops and occasionally in offices.

During the late 1980’s early 90’s, manufactured stone material materials increasingly penetrated the Australian market. These attractive benchtops are made overseas in Israel, China or Europe, and are imported into Australia, then cut and smoothed locally.

They consist of resin embedded with a very high level of silica and silicates –  higher levels than marble or granite, which are the traditional products used for benches, but are significantly more expensive.

There are many different varieties, with a wide choice of colours and finishes, and use if these benchtops has become routine in most housing developments. With increasing market demand and booming housing demand, the industry has rapidly expanded, particularly over the past decade.

Many new companies have been set up to deal with this demand in an industry that, in general, has a reputation for poor compliance with regulatory requirements.

Kitchen benchtop manufacturers are frequently sub-subcontractors of the building and construction industry, and individual workers may have little or no training regarding health issues or safe work practices. There is no formal overall oversight of health issues, and responsibility is placed on individual contractors.

The sector has evolved into many micro and small business operators with very limited knowledge of regulatory requirements regarding safe levels of silica exposure. This situation may be exacerbated by poor command of the English language, as many workers in this industry were born overseas.

These businesses also have very limited financial resources to conform to regulatory issues. Workers are often short-term contractors and may change jobs frequently or move between states. Some may even be working illegally and fear deportation if they are identified by authorities. Thus, the situation has snowballed recently into real human costs.

The first descriptions of silicosis in association with artificial stone benchtop manufacture appeared in 2010 when case reports stated appearing in international literature from Spain and Israel.

By 2016 the first case was detected in NSW in a Vietnamese-born Australian man, after an alert clinician trained in South Africa recognised a disease that was thought to have been obsolete.

This index case was only in his fifties, and ended up a couple of years later having a lung transplant. Concerns were raised and several respiratory physicians gave evidence of this issue to the Queensland Senate inquiry into Black Lung (where silica is also implicated) and the NSW Review of the Dust Disorders Scheme.

Last year, a series of seven cases was published from Victoria and NSW, with the warning that these were likely to be only the tip of the iceberg. These workers were using no precautions at all against dust inhalation and were dry cutting the engineered stone both in the preparation factory and on site in the installation areas.

Silicosis is thought to be untreatable, but this therapeutic nihilism may be unwarranted in the modern era of anti-fibrotic treatment. Over the past year, Respiratory physicians have been working to address this situation and have recently been successful in obtaining limited funding for a world-first trial in this area.

Pharmaceutical company, Boehringer Ingelheim has kindly agreed to fund a pilot study treating 50 patients with nintedanib, an oral anti-fibrotic therapy which could reduce the progressive lung function decline in pneumoconiosis, including silicosis.

The trial, on which some of us (DY, AJ, and SM) are co-investigators, has yet to start, but does offer some hope in a worrying situation. Lung transplantation is also an option in end-stage disease, and outcomes are as good the outcomes of transplantation other diseases, but is extremely expensive in both dollar and human costs. No one would here deny the old saying that “Prevention is better than cure”.

As a result of the concerns raised by the medical community, several workplace audits have been conducted, showing extremely high respirable free silica levels.

The need for a coordinated national response

On September 18 2018, the Queensland Minister for Industrial Relations, Hon. Grace Grace, announced a ban on dry cutting, and the launch of a health screening program for all workers involved in such work in Queensland. No such measures have to date been announced in other states.

There are many businesses currently involved in the manufacture of kitchen benchtops, with a workforce that must number several thousands. All these workers need to be identified and screened.

The risk of developing (and spreading) tuberculosis in such workers should not be under estimated. The rest of Australia needs to follow Queensland’s lead and ban dry stone cutting.

Unfortunately, there is currently no system at all for recording disease burden or even knowing how many workers are at risk. A centralised registry, with branches in every state and with sustained dedicated funding, is needed.

A coordinated approach to clinical diagnosis and trial treatment is also required. This could potentially be funded as a Special Health Initiative to ensure appropriate data collection and quality.

Dust is no respecter of state borders, and the federal government needs to take leadership and ensure that this epidemic is stopped as early as possible.  Otherwise, more Australian workers will become sick and die needlessly.

The views expressed in this article are those of the authors and do not reflect the opinions, position or policy of any other group or organisation.