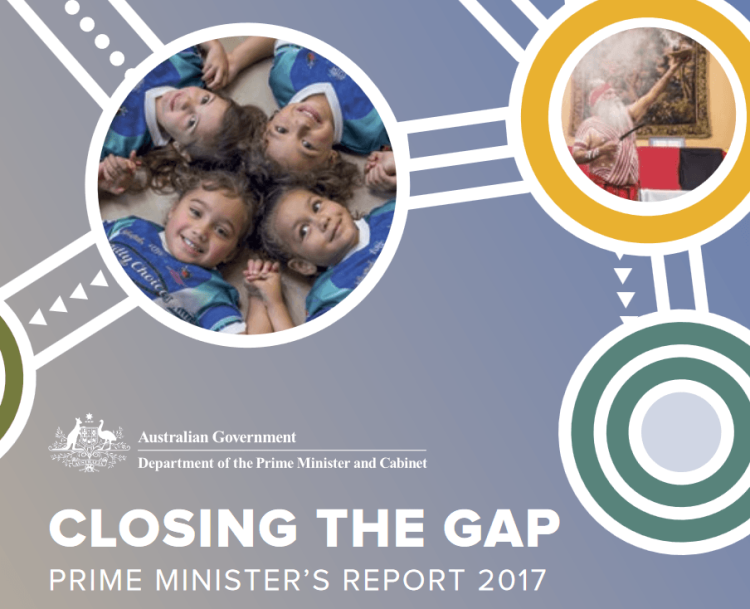 Aboriginal and Torres Strait Islander leaders are calling on Prime Minister Malcolm Turnbull to match his welcome rhetoric on ‘Closing the Gap’ with strong commitments in the forthcoming Federal Budget and progress on key asks in the blueprint Redfern Statement.

Their calls came in response to another poor performance by Australian federal, state and territory governments against the Closing the Gap targets and few concrete commitments from the Prime Minister on Tuesday in response.

Indigenous groups are looking, among other asks, for proper consultation, restoration of $500 million in funding cut in the notorious 2014 federal budget, introduction of new targets for justice and over-representation of Indigenous children in out-of-home care, and a commitment to double the network and reach of Aboriginal controlled medical services.

Turnbull on Tuesday delivered the 9th annual Prime Minister’s Report on Closing the Gap for Aboriginal and Torres Strait Islander health and wellbeing. He said he was particularly “saddened and disappointed” that the target to halve the gap in Indigenous child mortality is not on track, with just one (Year 12 attainment) of seven health and wellbeing targets looking achievable – a worse result than last year.

The Council of Australian Governments (COAG) targets are set to mature next year, and another year of poor performance raises the question of accountability from governments – how would they have responded to such a failure on commitments from Aboriginal and Torres Strait Islander organisations?

Redfern Statement: ‘From this day on we expect nothing less’ 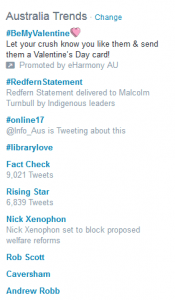 Ahead of the report being handed down, Aboriginal and Torres Strait Islander leaders and organisations met at a traditional breakfast gathering with the Prime Minister in Canberra to deliver the Redfern Statement, developed ahead of the 2016 federal election and supported by more than 50 Indigenous and mainstream peak organisations, andto  call for the relationship between government and communities to be reset.

“The Prime Minister committed to working with our people this morning and from this date on we expect nothing less,” National Aboriginal and Community Controlled Health Organisation (NACCHO) CEO and Close the Gap Steering Committee cochair Pat Turner said after the report was tabled.

You can read the Prime Minister’s comments at the breakfast meeting here and see some tweets about the event below.

National Congress of Australia’s First Peoples co-chair Dr Jackie Huggins said the latest Closing the Gap update had come as no surprise but was disappointing, as was the overall lack of announcements in the Prime Minister’s speech to Parliament.

However she was hopeful at prospects for next year’s targets given a new spirit of engagement and cooperation from the Federal Government over the past six months, mostly since the announcement of the Royal Commission into abuses in the Northern Territory juvenile justice system.

She was very hopeful particularly of good progress from workshops on the Redfern Statement being facilitated by Indigenous Minister Nigel Scullion.

“If you’d asked me last year, I’d have said no relationship, no engagement, but it is promising to see that moving forward. We’re starting to be heard again,” she told Croakey.

He has also established an Indigenous Policy Committee of Cabinet, to support better engagement with Cabinet Ministers and collaboration with the IAC and broader community. On Tuesday he announced he would appoint an Indigenous commissioner in the Productivity Commission and grant $50 million to assess and research Indigenous policy, as part of a commitment to demonstrate “what works”.

A ‘new relationship’ but few concrete commitments yet

The Prime Minister said many of the right things in his speech – not least that he again opened in the language of the Ngunawal, the people on whose land Parliament House is built:

You can read his full speech here.

He also recommitted himself to Sarra’s urging that governments “do things with us, not to us” and, significantly,  promised a much closer relationship with key Indigenous organisations, including the National Congress which had been sidelined and defunded by Abbott.

“I believe this shows the way we’re approaching a new relationship in good faith,” Turnbull told leaders at the breakfast.

But, although saying it generally “aligns with the government’s commitment”, there was no commitment yet to the key measures being urged in the Redfern Statement (and for many years by Indigenous leaders), including:

While he spoke again of the shocking abuse at Don Dale, there is no mention in his speech of the impact of racism, systemic and personal, on health and wellbeing. That’s despite nearly half of all Indigenous people reporting to the recent Reconciliation Australia survey that they experience at least one form of racial prejudice and the findings last year of the Ms Dhu coronial inquest that highlighted shocking treatment by police and medical staff.

By contrast Opposition Leader Bill Shorten recommitted to introducing a justice target and, for the first time, out-of-home care targets. This followed a speech on Monday by former Labor Prime Minister Kevin Rudd, marking the 9th anniversary of his Apology. Rudd echoed the warning sounded over many years from Indigenous leaders that Australia risks producing a new Stolen Generation of children, with too many placed in care away from clan, culture and country.

Shorten also called for the Commonwealth to take the lead on reparation for the Stolen Generations and to map out a proper pathway and recommended wording for Constitutional Recognition by the end of this year. Earlier he committed the Labor Caucus to always open now with a Welcome to Country and to fly both Aboriginal and Torres Strait Islander flags.

Most likely because it does not have a great story to tell, the Prime Minister’s Closing the Gap report does not have any strong graphics spelling out the overall outcomes, only a fairly glossy video (below). It does however include many interesting stories of programs, organisations and initiatives which are having an impact, from the Healing Foundation to school nutrition projects.

More surprising among the Federal Government’s Closing the Gap materials are a series of videos from Ministers with responsibilities that relate to Aboriginal and Torres Strait Islander people and issues. They include Scullion (who opens his with the quote above) and Indigenous Health Minister (and the first Indigenous Minister of an Australian Government) Ken Wyatt, Health Minister Greg Hunt, as well as Ministers for Social Services and Employment.

More incongruous is the video from Attorney General George Brandis, talking about his commitment to access to justice (despite great concerns about funding for Indigenous legal services), and to working with the Native Title sector (despite plans to introduce a bill to reverse the effect of a federal court decision regarding the Noongar people), with nary an Aboriginal or Torres Strait Islander flag in sight nor mention of his support for changes to the Racial Discrimination Act.

Aboriginal led solutions the key to closing the health gap

National Aboriginal and Community Controlled Health Organisation (NACCHO), CEO, Pat Turner, said despite some improvement in education outcomes, only one out of seven Closing the Gap targets is on track.

The 9th Closing the Gap Report shows there have been small improvements over time in some areas of health but we are not on track to Close the Gap in average life expectancy and the gap in deaths from cancer is widening.

“The Prime Minister committed to working with our people this morning and from this date on we expect nothing less,” Ms Turner said.

“For NACCHO the acceptance that our Aboriginal controlled health services deliver the best model of integrated primary health care in Australia is a clear demonstration that every Aboriginal and Torres Strait Islander person should have ready access to these services, no matter where they live. We can more than double the current 140 Aboriginal medical services that will improve health outcomes.

“Governments at all levels need to make a massive long term investment to redress the social and cultural determinants of health, which are responsible for more than 30 per cent of ill health in our communities.

“Early childhood education delivered in a culturally respectful manner by our own people, trained to work locally in their communities must be a priority.”

“In 2017 we need to see greater connectivity across all government portfolios at the Ministerial and departmental levels and more accountability from state and territory governments for the funding they receive to improve the lives of Aboriginal people.

“NACHHO stands ready, willing and able to work with everyone to negotiate better solutions to public policy and program investments that affect Aboriginal and Torres Strait Island people” 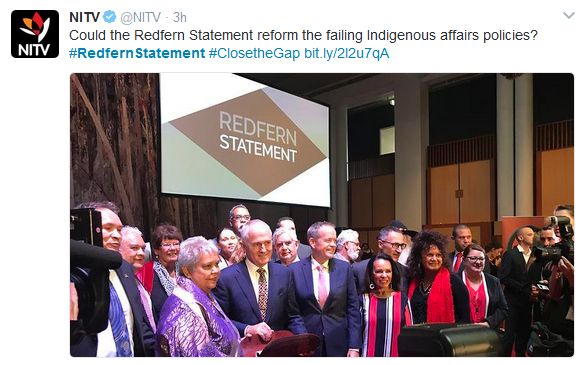 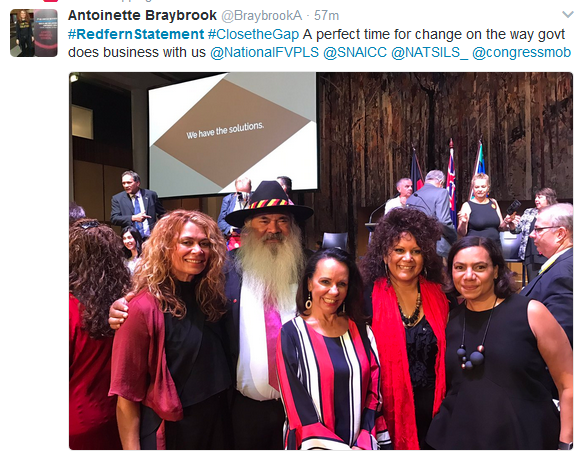 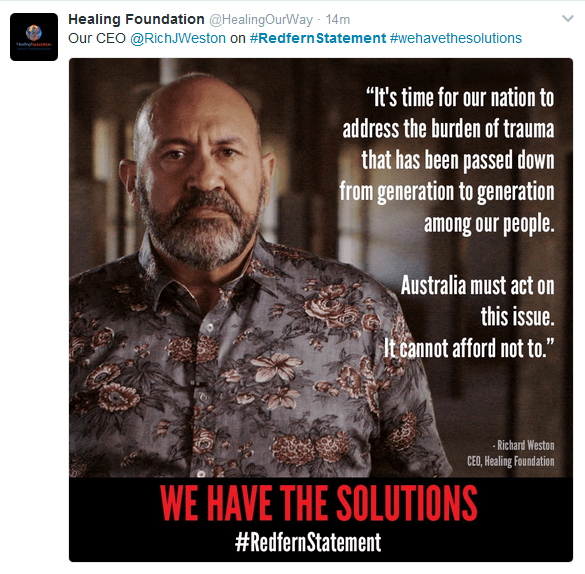 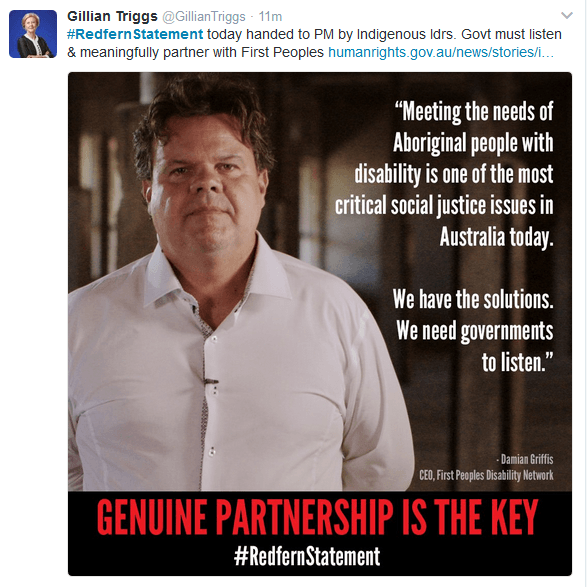 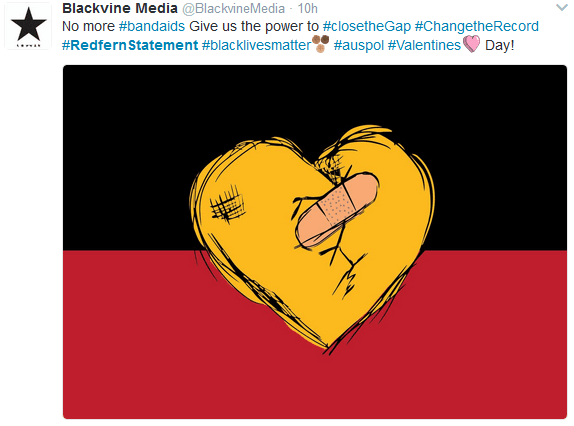 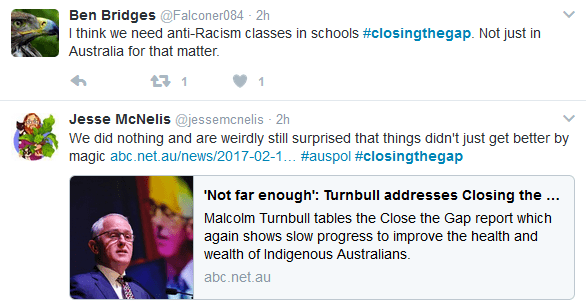 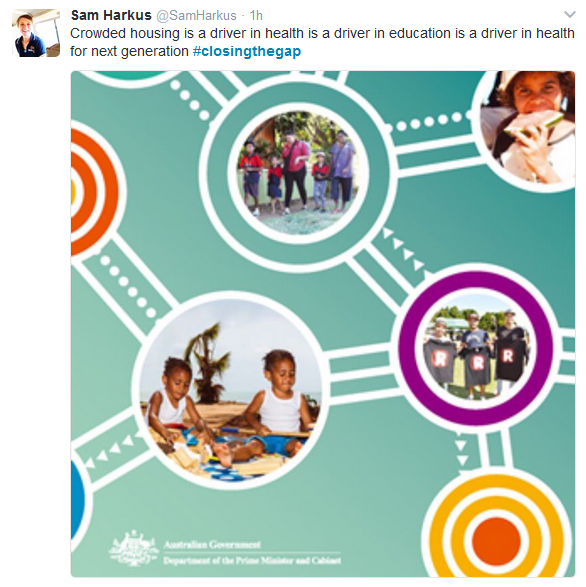 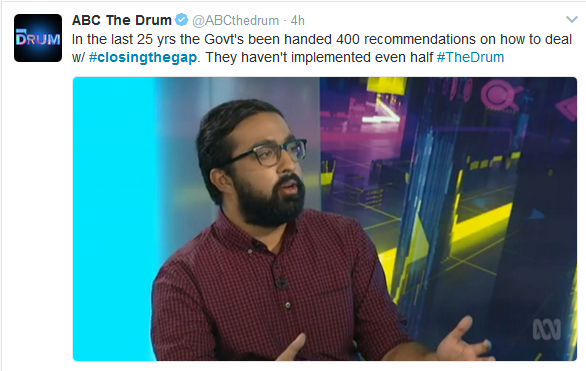 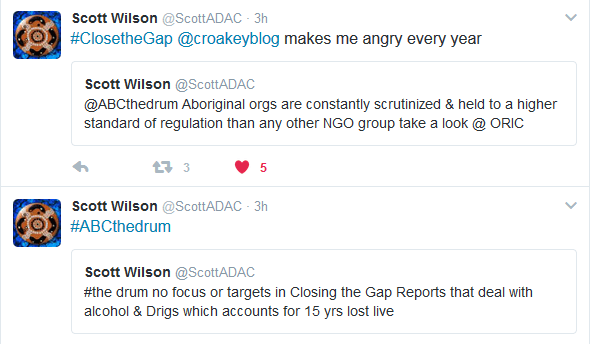 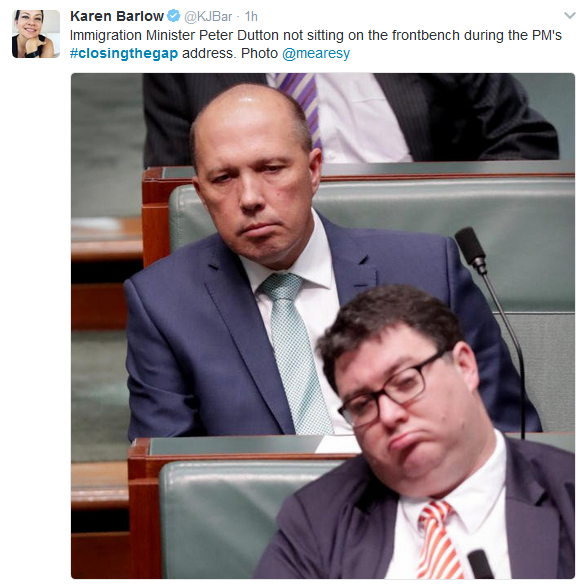 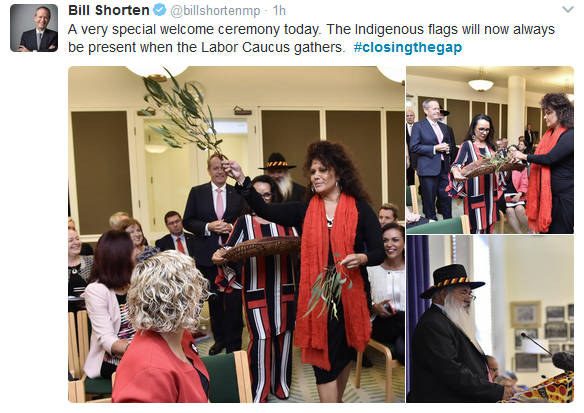 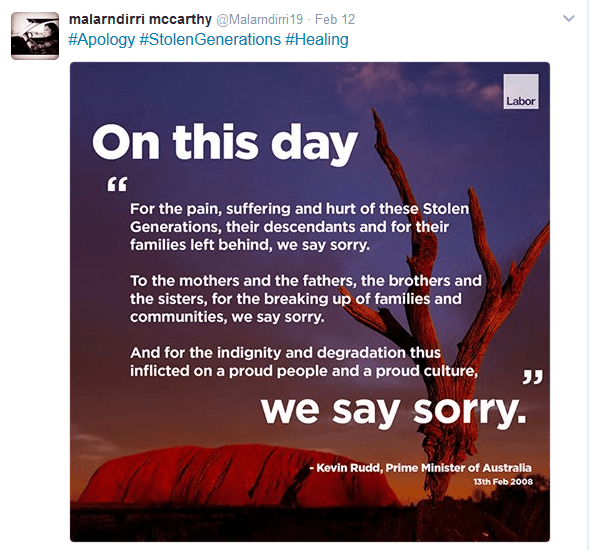 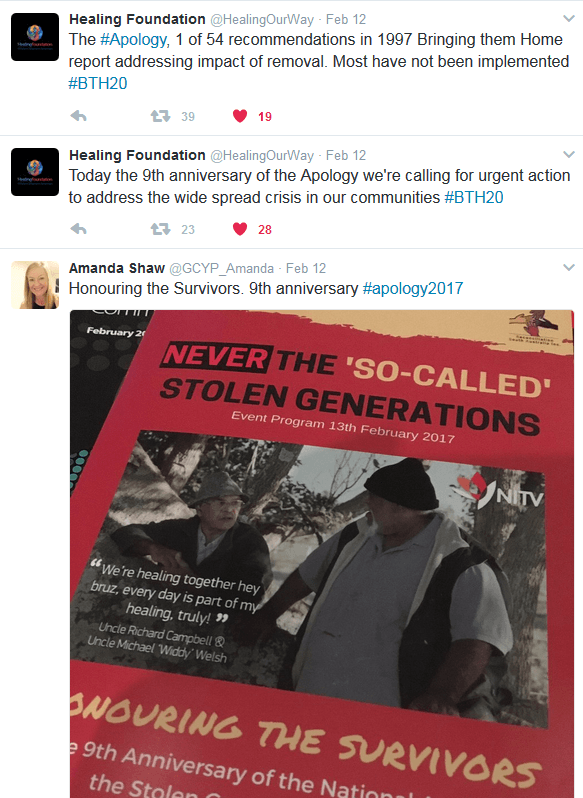 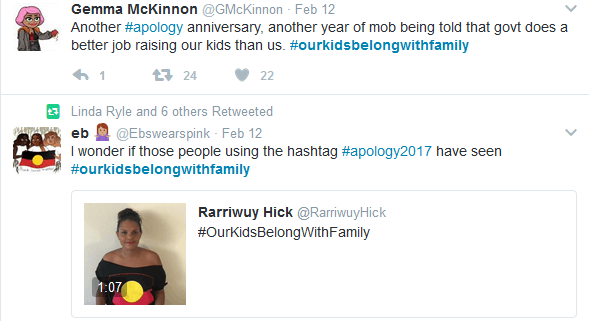 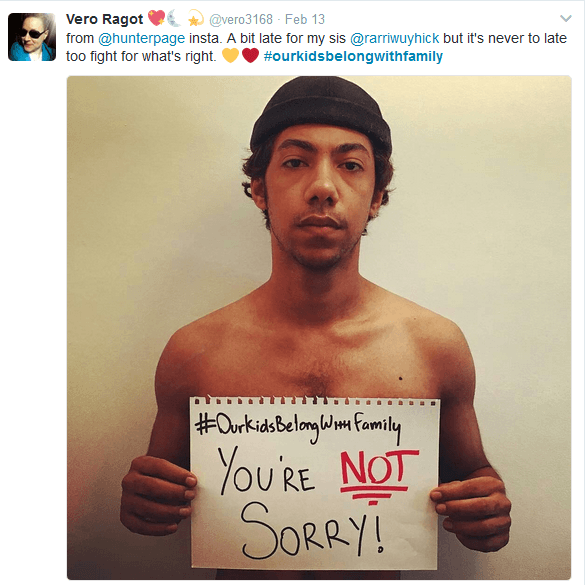 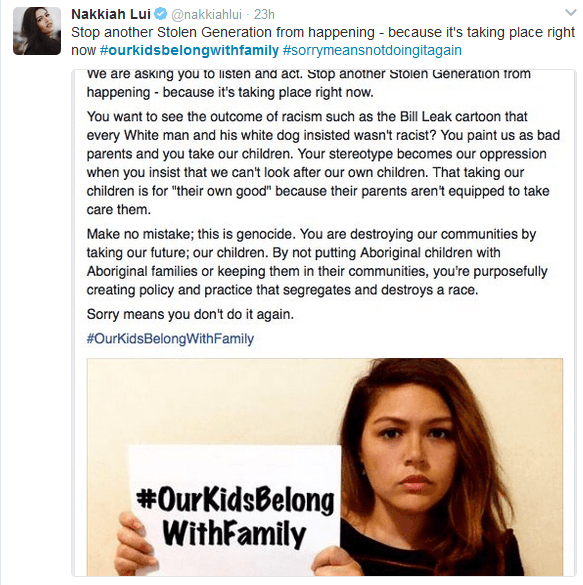 PrevPreviousFiddling with coal & other “partisan antics” while we burn: where is health, climate change in the “energy debate”?
NextTalking Teeth: time to catch up on oral health data systems and big-data analysisNext