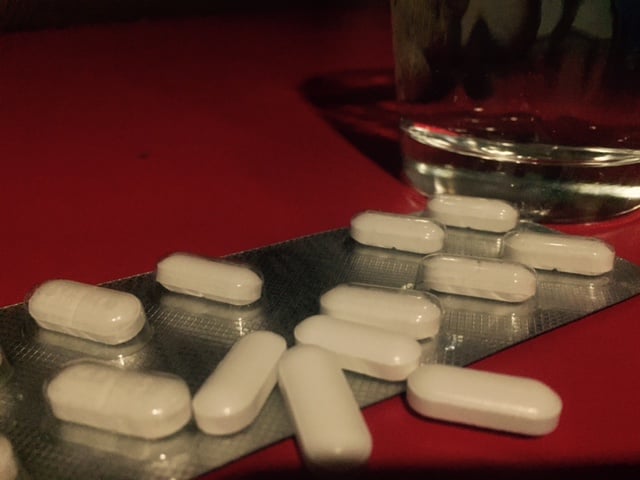 Time for action on codeine, “the ‘fast food’ of big pharma”: RACP

Australian governments and the pharmacy industry should stop “dragging the chain” on the need to make medicines containing codeine available only by prescription from February 2018 to help stem growing addiction and misuse, says addiction specialist Associate Professor Adrian Reynolds.

In the article below, Reynolds – who is head of the Royal Australasian College of Physicians’ Chapter of Addiction Medicine – calls on pharmacists to work with doctors to “ensure that treatment optimisation and patient safety are prioritised ahead of commercial interests”.

His call follows news that most State and Territory Health Ministers have lobbied Federal Health Minister Greg Hunt over the planned change in scheduling of products containing codeine from over-the counter (Schedule 2/3) medicines to Schedule 4 prescription.

The Pharmacy Guild of Australia has been campaigning on the issue, citing issues of cost, inconvenience, pain and access to GPs for patients. It is calling for a limited exception for trained pharmacists who adhere to a strict protocol and use a mandatory national real time monitoring system.

Reynolds rejects the Guild’s proposal, saying addiction specialists and GPs “overwhelmingly” support the rescheduling of these medicines, “mostly because we see first-hand the consequences of these products being so freely available in pharmacies”.

This is the second article in a Croakey mini-series on the codeine prescription issue. See the first, from Carol Bennett, Chief Executive Officer of Painaustralia, here.

Most Australians don’t realise how much harm codeine can cause. In fact, medicines containing codeine are so harmful that in most parts of the world a prescription is required.

This will change in Australia in February next year, when the independent medicine regulator, the Therapeutic Goods Administration (TGA), reschedules codeine products from Schedule 3 (available over-the-counter) to Schedule 4 (sold only with prescription).

Addiction specialists and general practitioners overwhelmingly support the rescheduling of these medicines, mostly because we see first-hand the consequences of these products being so freely available in pharmacies.

Codeine is closely related to morphine and, like morphine, is derived from opium poppies. It often results in opioid tolerance, addiction, poisoning and, in high doses, can contribute to both accidental and intentional death.

We know that codeine in many cases confers little benefit to patients and yet it is being consumed in larger quantities than ever before. More than one million Australians are sold codeine based medications every year and a recent AIHW report revealed that 4.8 per cent of Australians have misused pharmaceuticals in the last 12 months.

There is a broad body of evidence that documents the misuse, addiction, and secondary harm due to high dose exposure to the non-opioid analgesic medicines with which codeine is combined (for example gastric ulcer with complications of haemorrhage or perforation, hypokalaemia, or renal tubular acidosis).

The morbidity and mortality associated with codeine-containing combination analgesics is the main reason why doctors support tighter regulation when it comes to selling these medicines.

The regulator has done its homework

There is no hidden agenda in pursuing greater medical oversight for codeine. Unpredictable pharmacokinetics, risks of codeine harm, addiction and the limited evidence of benefit when compared with much safer alternatives are among the reasons for restricting access to these medicines.

The TGA led a comprehensive review of the evidence and worked closely with all stakeholders and the wider community.  The review process showed these products to be low value, high risk medicines when considered alongside what is known about the social, financial and health costs associated with these medicines.

As is the way with most regulatory reforms, not everyone is going to agree.

Codeine is a big deal for the pharmaceuticals industry with media estimating these products generate revenue of more than $200 million each year.  Business groups like the Pharmacy Guild have made strong representations to state and territory governments on the need to ‘adjust’ the TGA’s rescheduling decision.

Among the changes proposed by the Guild are ‘exceptions’ for pharmacists to “receive additional codeine related training … (to) supply up to an agreed quantity of these medicines to patients for the temporary relief of acute pain, with a requirement to adhere to a strict protocol and use a mandatory national real time monitoring system like MedsASSIST.”

The Guild maintains they are not trying to “undermine” the scheduling changes but are seeking “practical” and “common sense” adjustments. My first response to this commentary is that ‘practicality’ is irrelevant if a medicine is not effective or safe.

What lacks common sense is the proposition that these medicines be offered without medical oversight while at the same time requiring pharmacists to monitor their use. Pharmacists need to know what to do with this information.

Most pharmacists are not trained in assessing and dealing with drug dependence and drug seeking behaviours and few community pharmacies are equipped with the private space required to have sensitive discussions with patients about these matters.

A nationally coordinated and implemented real-time reporting and monitoring system in the form of the Electronic Recording and Reporting of Controlled Drugs is a good idea. In addition to codeine, the system should include other prescribed medication of concern in addition to Schedule 8 medicines.

A monitoring system on its own, however, is not a solution to the problem.

We know from the evidence that codeine regulatory changes introduced in 2010 reducing pack sizes did little to reduce the harms of these medicines, even though pharmacy counselling was then touted as one of the strategies to address these problems.

Furthermore, in accordance with Australia’s Standard for the Uniform Scheduling of Medicines and Poisons, any medicine dispensed by a pharmacist without a prescription must be assessed as substantially safe and without the risk of misuse or abuse.

These products can no longer be considered substantially safe and without the risk of misuse.

A doctor shortage in remote parts of Australia is another “concern” raised by the Guild, claiming that chronic pain sufferers will be without pain relief.

In some cases, people seeking over the counter remedies without a script may consider the combination of paracetamol and ibuprofen as a more suitable and effective option than codeine. If a pharmacist assesses the pain to be moderate to severe or these single or combination paracetamol-ibuprofen medicines are not effective, the patient should be assessed by their doctor.

It would also allow community pharmacists to act within their scope of practice and provides a framework for better communication between all members of a patient’s treating team.

The scheduling change is an adjustment for patients, pharmacists and doctors. The clinical landscape for opioid therapy is evolving dramatically; scientific evidence is expanding and our health professional practice must evolve with it.  The doctors and pharmacists I have talked with want nothing less.

Rather than dragging the chain, doctors and pharmacists and the groups who represent them, should work together to ensure these changes are implemented by February 2018 and ensure that treatment optimisation and patient safety are prioritised ahead of commercial interests.