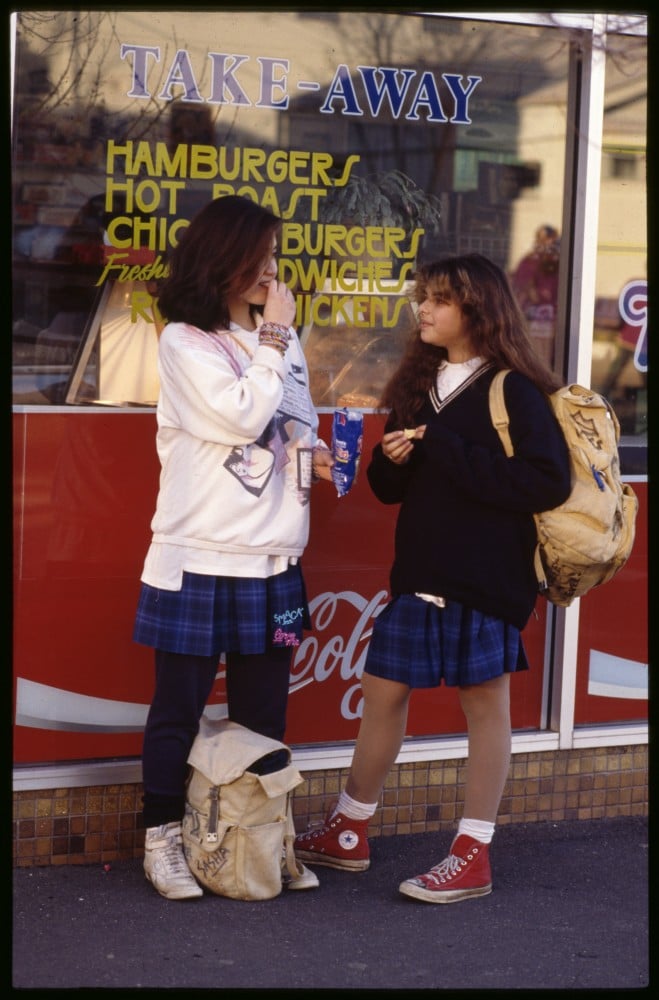 Time to change the advertising rules around schools

Exposure to junk food advertising is a risk factor for childhood obesity, one of the greatest health challenges facing our community.  There are currently some restrictions on the advertising of ‘unhealthy’ products to children (such as as junk food, alcohol and gambling).  But these vary across jurisdictions and are not always consistently enforced.

This month’s JournalWatch reports on a study undertaken by Dr Melissa Stoneham and colleagues from Curtin University in Western Australia. This study involved auditing advertising in every bus shelter within a 500m radius of each school within five metropolitan areas in Perth.  It found that around a third of all advertising in these bus shelters was for unhealthy products, more than half of which promoted junk food.

Stoneham discusses the lead taken by the ACT and Victorian Governments in restricting unhealthy advertising and urges other states to adopt similar positions. She also argues for more comprehensive and robust policies at the state and federal level to address childhood obesity.

The drive to work can sometimes be long and tedious. No one would blame you for looking at the advertising as you while away the minutes sitting in traffic. It’s hard not to notice an ad when you’re sitting right beside or behind it in traffic. Advertising – it’s everywhere right?  Yet some can advertising be more detrimental than others.

So it is not by chance that junk food, gambling and alcohol advertisements appear in close proximity to those they want to influence. According to the authors of this month’s JournalWatch, the advertising of unhealhty products close to school in Perth is prevalent.  Published in the Health Promotion Journal of Australia, this study investigated the volume and type of unhealthy bus shelter advertising around schools in Perth, Western Australia.

Led by Parnell and colleagues from Curtin University, the study audited every bus shelter within 500m of a school in five metropolitan local governments in the Perth area. A total of 293 bus shelters were photographed and the type of advertisement recorded. The advertisements in the food, non-alcoholic beverage, alcohol, or gambling categories were classified as being healthy, moderate, or unhealthy.

This study expands on previous studies that investigated similar topics. An audit of train station advertisements in Sydney found snack foods and sugar-sweetened beverages were the most frequently advertised products and an audit of bus shelter advertisements in Perth found nearly a quarter were for alcohol products.

So why are we concerned with unhealthy advertising near schools? From a policy context, the WHO has repeatedly stressed that children’s overall exposure to junk food marketing needs to be reduced. The placement of advertisements at school bus stops is another issue with the ads being visible to a captive audience of children at least twice daily.

Advertising to children is widely regarded as ethically problematic. In the case of bus stops, there is an industry regulated Code that restrict the placement of alcohol advertisements within 150 metres sight line of a primary or secondary school, except where the school is in the vicinity of a club, pub or bottle shop. The authors state that this Code has been regularly breached in WA. As for the placement of fast food or gambling advertisements near schools, there is no such Code or regulation.

In the absence of any effective restrictions, we can expect that exposure to outdoor advertising for unhealthy food and sugary drinks will continue to be positively associated with an increased likelihood of obesity, and exposure to outdoor alcohol marketing near schools will continue to be associated with intentions to consume alcohol among young people. Some studies suggest that from as early as three years of age, children can recognise more unhealthy than healthy food brand logos. Removing these stimuli from any environments where young children and people congregate is an important public health advocacy strategy.

The WA bus stop study conducted audits of bus stops near schools through each season. To classify the advertisements as healthy or otherwise, a categorisation system was developed. For alcohol and gambling, any advertisements were simply classified as unhealthy. For the fast food advertisements, a system based on the Australian Dietary Guidelines which underpins the classification systems used in the LiveLighter packaged food comparison guide and the WA Department of Education traffic light system of classification of food and beverages was developed.

Overall, of the 293 advertisements viewed over the course of the four seasonal audits, almost a third (31.4%) were promoting products which were categorised as unhealthy. Over half of these (56.5%) featured unhealthy foods.  Products classified as being moderately unhealthy represented 3.1% of total advertisements. Less than one percent of advertisements (0.7%) promoted a healthy product.

Based on these findings, many bus stops in close proximity of schools feature unhealthy advertising.  This has the potential to influence young people’s behaviours, and the rates of childhood overweight and obesity, alcohol consumption among adolescents and under-age participation in gambling in Australia. Given the absence of any effective Code or regulation to restrict these advertisements, coupled with industry strategies such as the one referred to earlier in this blog where companies can advise where advertisements can be placed to ensure the biggest bang for their buck based on target demographics, more needs to be done.

In 2015, the ACT banned unhealthy advertising on buses which is a good start as buses are just moving billboards. In Victoria during 2017, the Andrews Labor Government banned betting advertising on roads, public transport, and within 150 metres of all Victorian schools. In March this year, the Victorian Government also announced they will ban alcohol advertisements within 150m from schools.

These interventions should be replicated in all states. However, children’s recurring exposure to the unhealthy advertisements as they travel to and from school, identify the need for more robust and consistent policy interventions at the local and state level across the Nation to restrict fast food, alcohol and gambling marketing to children.

The Public Health Advocacy Institute WA (PHAIWA) JournalWatch service reviews 10 key public health journals on a monthly basis, providing a précis of articles that highlight key public health and advocacy related findings, with an emphasis on findings that can be readily translated into policy or practice. The Journals reviewed include:

PrevPreviousThe biggest health challenge of the 21st century – and how little we know about it
NextLaunching the #PIJ campaign: 5 things you can do to support public interest journalismNext