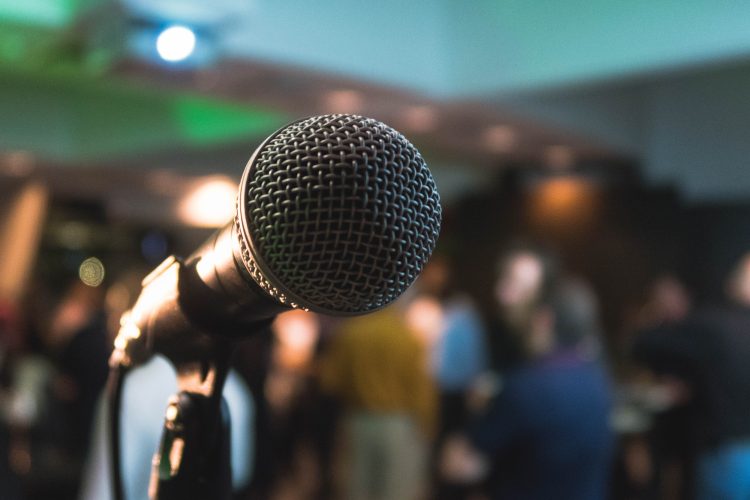 But, as with the early rollout of COVID-19 vaccinations, it has not addressed many of the barriers to access, particularly for young people.

Restricted access to health care is one of the major health issues to be explored at next week’s Youth Health Forum National Summit.

In the article below, Jasmine Elliott, a Young Leader with the Consumer Health Forum of Australia’s Youth Health Forum and Chair of the Australian Medical Students’ Association Rural Health Committee, says the Summit “will translate lived experience into recommendations”.

“Our hope is that these recommendations are translated into meaningful change by the Federal Government, State/Territory Governments, health providers and researchers,” she says.

Virtue signalling (noun): the action or practice of publicly expressing opinions or sentiments intended to demonstrate one’s good character or the moral correctness of one’s position on a particular issue.

If I read the Federal Government announcements over the last 18 months, I might believe they added 10 subsidised counselling sessions to better support the mental health of Australians, or they valued the autonomy of young people when they announced broadened eligibility for the AstraZeneca vaccine.

These sentiments may indeed be true.

But best intentions are not what Australians necessarily need during (or prior to) the global pandemic. Unfortunately, the lived experience of many young people on the ground, attempting to access these “investments”, reveals that they aren’t hitting the mark.

Let us begin with the Better Access Initiative: the heralded $101 million investment into an additional 10 counselling sessions, on top of the 10 sessions already included in a Mental Health Plan for those with a diagnosed mental health disorder.

In the context of an increasing prevalence of social isolation and mental illness due to ongoing restrictions, lockdowns and the financial impact of the pandemic, this appeared a welcome announcement.

The question is, are there 20 sessions logistically available?

We know that half of those under a mental health plan use three sessions or fewer. Perhaps this reflects severity of illness in those only requiring three sessions; however, the experience of young and old in accessing psychological services even prior to the pandemic may indicate a more insidious cause.

Cost is the greatest barrier for young people in accessing healthcare, with 46 percent of young people who responded to a Youth Health Forum survey identifying cost prevented them from accessing support.

The average out-of-pocket cost was $30 in 2016-17; however, it is important to note this includes those who have passed the Medicare threshold (and receive a higher rebate) and that the proportion of psychologists working in private practice is continuing to increase.

This means that, though those with a mental illness are eligible for a rebate, the remaining out-of-pocket costs can still be highly prohibitive, particularly for young people.

Wait times are a major concern – a pre-existing issue, worsened by the pandemic, according to 90 percent of headspace centres. A study by the Murdoch Children’s Research Institute found that wait times for private paediatricians, psychiatrists, and psychologists were 44, 41, and 34 days, respectively.

These aren’t simply an inconvenience, delaying care by an insignificant amount of time.

Waiting lists mean young people cannot access help until they reach crisis-point, and that they toe the difficult line between being “too sick for a GP, but not ‘sick enough for hospital’” under increasingly-strict eligibility criteria for hospital and community treatment.

My own lived experience with a varied mental health plan has seen me go through “all of the above”.

My plan technically allows 40 subsidised sessions from a psychologist: 10 sessions initially before a GP review, and then another 10 sessions before a psychiatrist review grants me the remaining 20.

Fortunately, having a GP already meant accessing the plan was simple… until I was on a three-month waitlist, prior to paying $80 out of pocket per session.

As a full-time, financially-independent university student, this means foregoing other expenses and cancelling appointments regularly due to work and study clashing with the months of appointments I’ve needed to book in advance. This makes psychology both directly and indirectly unaffordable for many.

Then, the psychiatrist review speedbump. A 2016 Federal Department of Health psychiatry review concluded there would be a significant national shortfall of psychiatrists by 2030, with the workforce already in ‘dire straits with lengthy wait times, maldistribution and lack of services,’ according to Royal Australian and New Zealand College of Psychiatrists past president, Associate Professor John Allan.

Even in metropolitan Melbourne, every clinic I call has a six to nine-month wait and would cost over $200 after the Medicare rebate due to the significant number of psychiatrists providing private healthcare.

This means not accessing subsidised support for the waiting period and potentially losing my place with the psychologist I currently see. Unfortunately, this is exacerbated in rural areas which only have access to 1.4 psychiatrists per 100,000, in comparison to 15 per 100,000 in major cities.

So we have a plan with good intent not reaching the intended targets due to oversight of the provider and consumer barriers to its implementation.

However, this is not the only recent example of young people being unable to yield the fruits of government ‘investment’ due to structural barriers to implementation.

Medicare item numbers for GPs to counsel young people about the risks of the AstraZeneca vaccine are another.

The announcement of expanded eligibility was understandably confusing for young people who had spent the early rollout of vaccinations eager to get the jab but were told it was unsafe to do so, highlighting the importance of support in weighing up the risks and benefits of getting AstraZeneca.

Prior to the pandemic, young people’s limited and sporadic relationship with primary healthcare was well-known.

Research found that only 57 percent of young people had a GP and 25 percent found getting into a GP difficult, providing a significant barrier to vaccine literacy to begin with, and an obstacle to the efficacy of the new MBS item.

If young people aren’t comfortable with, can’t afford or cannot get time off to discuss the vaccine with their GP, they are left confused about whether to wait for Pfizer.

Either way, a delay in getting the jab has resulted in young people being demonised by government campaigns released at the time when we were both discouraged from getting the AZ and yet ineligible for the Pfizer vaccine.

Young people know that we have difficulty accessing psychologists, psychiatrists and other mental health professionals. We also know that many of us don’t have a regular GP.

Perhaps if consultation with us had occurred ahead of the mental health announcements, we would have seen the amount of subsidy double, rather than the number of partially funded sessions being increased for a cohort who largely cannot afford the baseline ten sessions.

Perhaps, a mental health plan wouldn’t require review if review is not possible in a timely or accessible manner.

Perhaps if consultation occurred, the communication around the COVID-19 vaccination  program would have been clearer for young people, with future changes also addressing barriers to primary care, hence ensuring tangible practicality of the MBS item.

These investments are wonderful in theory and no doubt popular  from an outsider’s perspective, but when the system doesn’t allow for their implementation, the headlines are simply words in a newspaper.

Young people want to be asked and want to be involved in change and hope that our experiences, both positive and negative, with the healthcare system may one day be reflected in government policy and funding.

The Youth Health Forum Summit on next Wednesday 15 September will translate lived experience into recommendations. Our hope is that these recommendations are translated into meaningful change by the Federal Government, State/Territory Governments, health providers and researchers.

This pandemic has brought under the spotlight the importance of consultation of consumers and health providers prior to a headline announcement or significant budget change to translate them virtue-signalling into tangible advances in the health of Australians.

See Croakey’s archive of stories about young people and health.

PrevPreviousFrom Australia to the United States, the media must do better in covering the climate crisis
NextDon’t miss this smorgasbord of news from the far-reaching world of epidemiologyNext