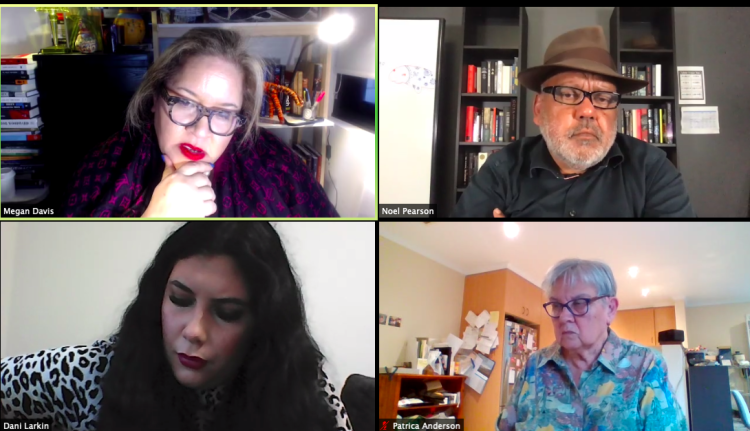 The felling of a tree that was sacred to Djab Wurrung women to make way for a highway in Victoria’s west this week devastated many Aboriginal and Torres Strait Islander people (see previous stories here at Croakey about efforts to protect the trees).

It follows the recent destruction by Rio Tinto of the 46,000-year-old Juukan Gorge rock shelters in Western Australia, which was condemned globally. 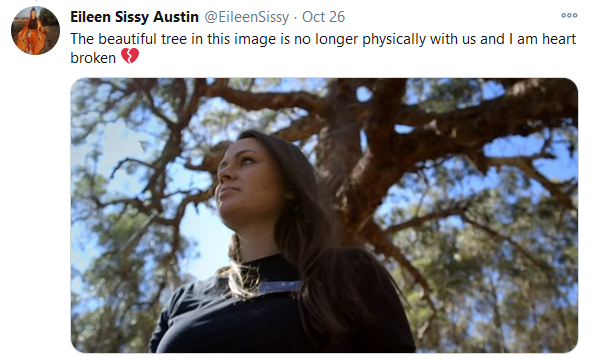 Such desecrations shine a spotlight on Australia’s continued failure to address the demands by Aboriginal and Torres Strait Islander people for meaningful constitutional recognition of their interests and voices, as promised powerfully in the 2017 Uluru Statement from the Heart, before it was abruptly discarded by then Prime Minister Malcolm Turnbull.

Among other efforts to raise public interest in the Uluru Statement, three years after its declaration, an online seminar series is being hosted by the Nura Gili Indigenous Programs Unit at UNSW, aiming to renew momentum on and understanding of its three key elements — Voice, Treaty, Truth.

Croakey journalist Marie McInerney was at the first webinar on Voice last Thursday and reports below.

Aboriginal and Torres Strait Islander leaders have called on the Australian Government and people to “right the wrongs, to finish the unfinished business” by accepting the “gift” of the Uluru Statement of the Heart and adopting the critical proposal of a Voice to Parliament.

Alyawarre woman Pat Anderson, co-chair of the Prime Minister’s Referendum Council, said former Prime Minister Malcolm Turnbull had “stopped a much-needed national conversation between all Australians” when he rejected the Uluru Statement so abruptly three years ago this week.

“Those of us who remain true to the Statement have kept up the passion, talked to people over three years to keep the energy alive,” Anderson told an Uluru Dialogue Seminar Series webinar hosted last week by the Nura Gili the Indigenous Programs Unit at UNSW.

Amid the failure of successive Federal Governments to “hear the cry for change as set out in the Uluru Statement”, Anderson said it was up to all Australians to “truly understand the gift — the gift of healing, the gift of love — it represents for the Australian people.”

Two more webinars are planned in the seminar series to provide detailed discussion on its three reform pillars of the Statement – strategically sequenced as first a Voice to Parliament, enshrined in the constitution, then Makarrata (Treaty and Truth). You can watch the first webinar in full here, or read this Twitter thread of the event.

On Friday Midnight Oil will release its first album since 2002, The Makarrata Project, which will feature the 12 paragraphs from the Uluru Statement from the Heart on its cover. It includes a reading of the statement by Anderson, former AFL footballer Adam Goodes, journalist and filmmaker Stan Grant, musician Troy Cassar-Daley, and actress and singer Ursula Yovich.

Concerns about process and scope

The growing momentum comes amid reports that an interim report on options for an Indigenous Voice has been handed to Minister for Indigenous Australians Ken Wyatt by the Senior Advisory Group he set up, which is co-chaired by Indigenous leaders Professor Tom Calma and Professor Dr Marcia Langton.

Croakey has asked the Minister when that report will be made public, and what will be the next stages of consultation ahead of a final decision. We will update this post with any response.

Last month, Pat Turner, a member of the Senior Advisory Group and CEO of the National Aboriginal Community Controlled Organisation (NACCHO), made headlines with a National Press Club address that warned the Federal Government was pursuing a “convoluted and flawed process” and was dramatically watering down the power of the Voice proposed by the Uluru Statement.

“The model of a Voice being envisaged by government is not one that is constitutionally enshrined, not one that would speak to Parliament and is unlikely to be based in legislation,” Turner said.

“It would be a Voice that speaks to government,” she said, not a Voice to Parliament.

At last week’s Nura Gili webinar, Cape York Aboriginal leader Noel Pearson sought to reassure Aboriginal and Torres Strait Islander people over the process, saying in response to a question that he believed the Senior Advisory Group had “definitely rejected” a reduced model.

“The group is very much of the mind that this is a Voice to Parliament, not just a Voice to government,” he said.

Pearson, who comes from the Guugu Yimidhirr community of Hope Vale on south eastern Cape York Peninsula, urged Indigenous people to maintain “a sense of optimism” about the Voice, Treaty and Truth proposals of the Uluru Statement, saying their people’s long history of struggle for justice over more than two centuries “behoves us to be positive”.

“We owe it to our ancestors and we owe it to our unborn to not subside into pessimism, not subside into cynicism,” he said, urging Indigenous and non-Indigenous people  not to “squander” ten years of work and pointing, like other speakers, to opinion polls that show broad acceptance by Australians for a constitutional Voice for Aboriginal and Torres Strait Islander people.

Pearson, who served as a member of the Expert Panel on Constitutional Recognition of Indigenous Australians and the Referendum Council, said he had “never witnessed a process of collective self-determination” like that leading to the Uluru Statement, “that could come out with such a high level of unanimity around an agenda”.

He again slammed the “weakness” of former Prime Minister Turnbull for having jettisoned proper debate on the Statement, with a “confected” argument that a Voice to Parliament represented a Third Chamber, saying this would “go down as one of the most disgraceful actions of an Australian political leader in our modern history”.

Pearson and his fellow panellists stressed the importance of the Voice, Treaty, Truth proposal of the Uluru Statement, saying the constitutional power of a Voice needed to be “bolted down, deep into the foundations of our land in an institutional sense” to enable both Treaty and Truth.

“Indigenous First Nations of this country have immense moral power,” he said.

“We have immense symbolic power. As a result of that we have very strong psychological power in the Australian nation.”

“What we don’t have is institutional power,” he said.

Davis, Pro Vice-Chancellor Indigenous and Professor of Law at UNSW and a member of the United Nations Human Rights Council’s Expert Mechanism on the Rights of Indigenous peoples, told the webinar it was important to know the political and policy context that led to the Voice proposal.

Participants were meeting in the dialogue sessions in the wake of the introduction by then Prime Minister Tony Abbott of his Indigenous Advancement Strategy which had done “pretty serious dismantling” of community funding, inflicting losses of jobs and programs, she said.

Many were using the terms ‘powerlessness’ and ‘voicelessness’, and had also been previously rocked by the abolition of the Aboriginal and Torres Strait Islander Commission (ATSIC) by then Prime Minister John Howard.

“Our people have a very sophisticated understanding of power and how power and authority works,” she said, noting that many Western liberal democracies have forms of a Voice to Parliament, to “accommodate Indigenous people’s interests and voices within the framework of the democratic state”.

There are voluminous accounts in political theory about the way that Indigenous people, because of their relatively small numbers and the consequences of dispossession and subjugation, “fit very much outside the machinery of government and need additional mechanisms so they are fairly heard within the framework”, she said.

Those interests also could not be served by having Aboriginal and Torres Strait Islander people elected as MPs to the Parliament, said Dr Dani Larkin, a Bundjalung, Kungarykany woman from Grafton, New South Wales and a public lawyer and representative of the Senior Dialogue Leadership group for the Uluru Statement.

They had other non-Indigenous constituents to consider and had to balance their positions with the policies of the parties they belonged to, she said, pointing to the introduction of the cashless debit card, the Northern Territory Intervention and the destruction of the Juukan Gorge rock shelters as evidence.

Larkin said the Uluru Statement also specifically addressed the “political silencing and exclusion of our people” through over-incarceration of Aboriginal and Torres Strait Islander people.

Disproportionate rates of imprisonment were not only unjust but “unjust politically” given most states and territories disquality people from voting if they are serving lengthy prison terms.

“Political representation is how the system is changed,” she said.

“As First Nations people we are sick of being left out of the conversation, without a meaningful seat at the table, and never-ending deplorable outcomes and statistics that represent our exclusion in a supposed representative democracy.”

“We want change and we want it yesterday.”

How would an Indigenous Voice to Parliament ensure ethical decisions are made to help protect Australian land, the environment and its peoples? #QandA pic.twitter.com/e5JEJxR0sy