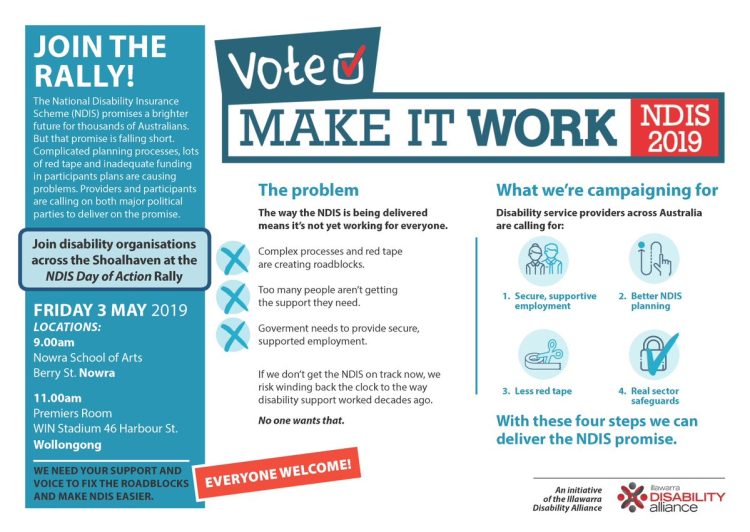 People with disabilities and their carers and organisations took to Twitter and venues across Australia last Friday to call for action on critical flaws and failures in the rollout of the National Disability Insurance Scheme (NDIS) which have undermined the great promise of the scheme.

The hashtag #NDISMakeItWork trended nationally on Twitter through the day as people highlighted individual and systemic issues and their solutions. See a selection of tweets at the bottom of this post.

In the leadup to the event, the major parties released policies committing to fix problems in the NDIS, including a promise from Labor that it would establish an NDIS Future Fund – “guaranteeing that every dollar budgeted for the NDIS goes to the NDIS”.

That followed widespread criticism of the revelation in the recent Federal Budget that the NDIS would be “underspent” by $1.6 billion next year,

In the article below, health policy consultant Dr Ellen Marks discusses the reasons for the underspend and the need to direct all of those funds to addressing issues plaguing the rollout of the NDIS and causing distress among those who need it. She also calls for more urgent action on barriers faced by people with “psychosocial disability”, people with severe and persistent mental health issues. 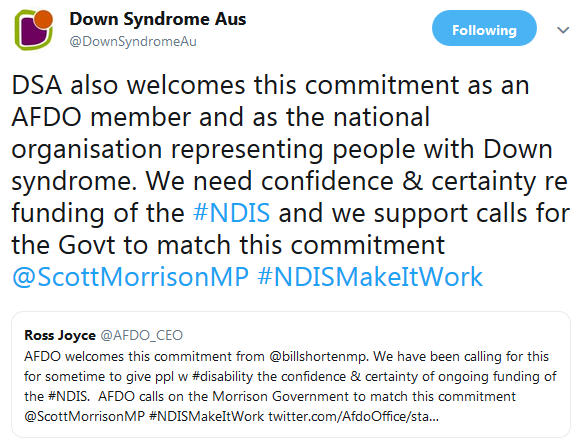 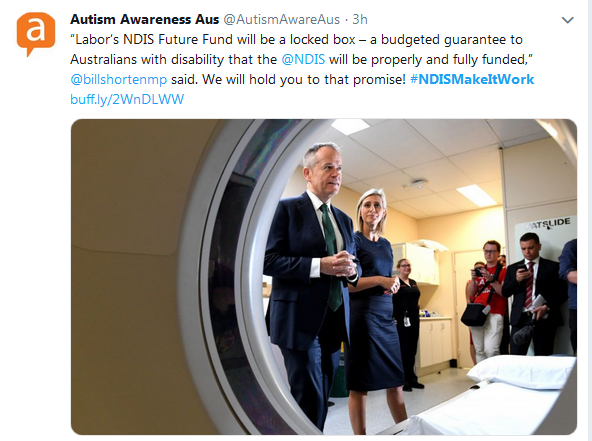 People with Disability Australia has published its response to the party’s promises on the NDIS.

It welcomed a number of Coalition’s proposals, including:

The PWDA welcomed Labor’s announcement on the NDIS Future Fund and its promises to remove the NDIA staffing cap and create a backlog taskforce for access and reviews.

It also welcomed promises to include redress in the Royal Commission into Violence, Abuse, Neglect and Exploitation Against People with Disability and review the appointments of Royal Commissioners due to concerns about conflict of interest. It called for a commitment from Labor to fixing the NDIS Specialist Disability Accommodation funding stream and implementation.

Opposition Leader Bill Shorten has repeatedly called out the Morrison Government over the Federal Government’s $1.6 billion  underspend on the National Disability Insurance Scheme (NDIS), saying it  represents inherent problems with the NDIS implementation.

Bureaucratic delays and hesitation for people to apply for the scheme are among those issues causing a slower than predicted roll-out and will result in the Commonwealth’s net contribution to the NDIS being $1.6 billion less next year.

The mental health sector wants to see the remaining funds reinvested in the NDIS until implementation issues are corrected as they struggle to cope with increasing demands for services amidst the chaos of the NDIS introduction.

The Federal Government has defended the reduction in spending, arguing that the NDIS is fully funded, that the outlays are meeting current demands for the scheme, and that the reduction represents unspent funding.

The government claims that those who want and are eligible for the NDIS are able to access appropriate packages of support, but that this cost has not been as large as expected.

Disability advocates have highlighted the transparency lacking in this statement, arguing that there is a large discrepancy between “demand” for the scheme that currently funds those who are through the front door of the NDIS and true demand for the scheme.

National Disability Services (NDS) Acting CEO David Moody pointed to the Joint Standing Committee on the NDIS Progress Report – March 2019 that clearly recognises that there have been fewer participant plans completed than expected.

Moody said: “The claim that NDIS is demand driven is not right; as we know, many more people need supports and services than are receiving them.”

The cost of the NDIS is driven by access and eligibility, the scope, volume, price and utilisation of funded supports and implementation of the scheme.

There are a number of areas which have contributed  to the reduction in outlays of the scheme. For example, only 75 per cent of the estimated demand for plan approvals have been achieved. In March 2019, 277,155 eligible participants had joined the NDIS –  83,799 fewer than predicted.

Similarly, cost projections assume that participants are allocated, and completely spend, an expected level of support. In March 2019, average plan utilisation rates were just 69 per cent, even lower (48 per cent) for those navigating the NDIS on their first plan.

Fitting a square peg into a round hole

People living with a psychosocial disability are among those who have experienced significant issues with accessing the NDIS.

There are problems surrounding the ability of people with a mental illness to prove a permanent disability, a core eligibility requirement for the NDIS. This is both because of the episodic nature of many mental illnesses, but also because many people do not have, or are unable to gather the required evidence to support their application due to the costs associated with gaining timely medical reports, poor access to healthcare and the fragmented nature of the mental health system.

The Joint Standing Committee on the NDIS acknowledged that “notwithstanding the recent initiatives undertaken by the NDIA to ameliorate support for people with psychosocial disability eligible for the NDIS, it appears that very little progress has been made to address the key issues identified”.

The application process is also arduous, even for those who are well, do not have any cognitive impairment or have a carer or advocate to assist them in this process. The confronting nature of the application process is a barrier for many, particularly for those who have continuously been required to jump through hoops in their recovery journey just to access supports.

The “Mind the Gap” report released by the University of Sydney reported long waiting lists and extensive time delays at both the time of application and at plan reviews, with some applicants waiting seven months for a review request.

Of the 5,920 complaints received about the NDIS by or on behalf of participants in the final quarter of 2018, 4,812 were made during the planning stage, with timeliness and reasonable and necessary supports reported as the most common issues. Once a person has met the requirements for eligibility and receive their plan, many experience difficulties in navigating the complex system without inclusion of assistance in most plans, known as “coordination of support”.

Where could the surplus funds be spent?

There have been improvements to the scheme in recent months including the introduction of a streamlined access process, however, there is a clear case for the remaining unspent funds to be reinvested in the scheme while remaining within budget.

David Moody has been clear that the disability  sector “expects funds allocated to the NDIS to be invested in the scheme, and not be absorbed into general revenue for other government programs or to fund a surplus.”

Excess funds that have resulted from an overestimate of the rollout, or under utilisation of the NDIS, have the potential to alleviate significant pain points in the NDIS.

Areas where additional funds could make a significant difference include improvements to the IT systems of the NDIA, the interface with the healthcare system, excessive red tape, increasing the number of NDIA workers to deal with the backlog of applications, improving NDIA worker training, the provision of better advocacy, advice and assistance for plan development and coordination, and addressing the emerging problem of poor quality service and fraud.

It is important that the NDIS remains within budget to ensure sustainability of the scheme for years to come but it is more important that it delivers safe and effective supports to those who need it most.

With plans underway for  a Royal Commission into Violence, Abuse, Neglect and Exploitation of People with Disability, it is also critical that poor oversight and problems with the NDIS do not result in further cases of abuse or neglect. 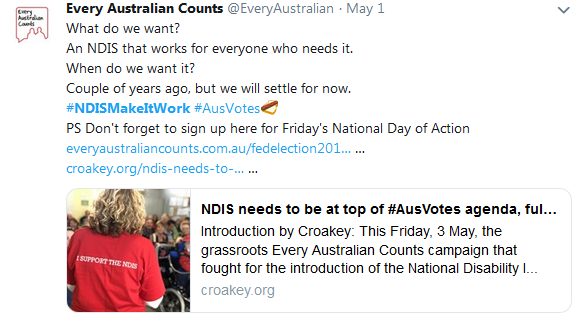 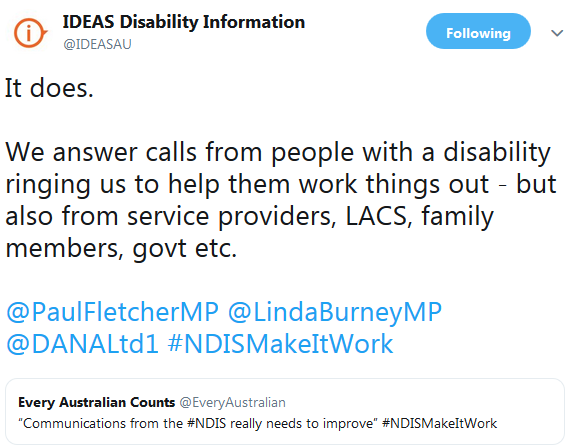 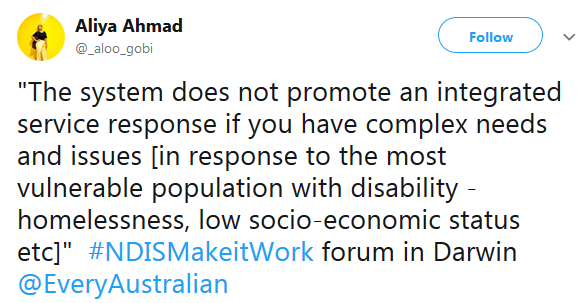 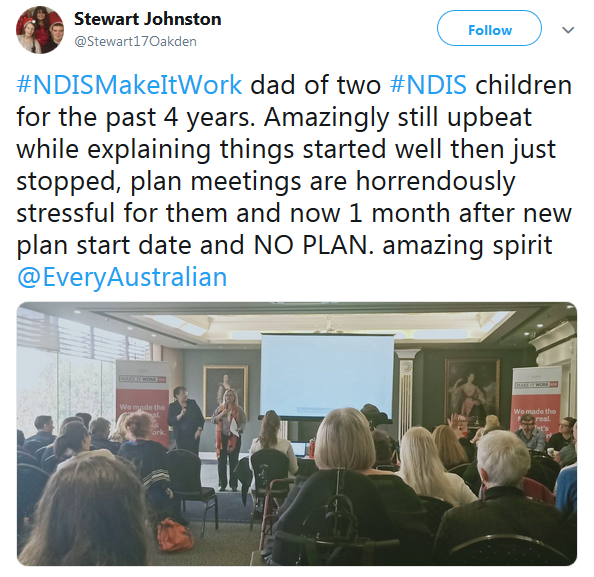 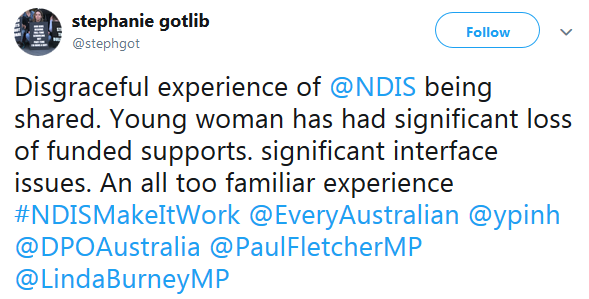 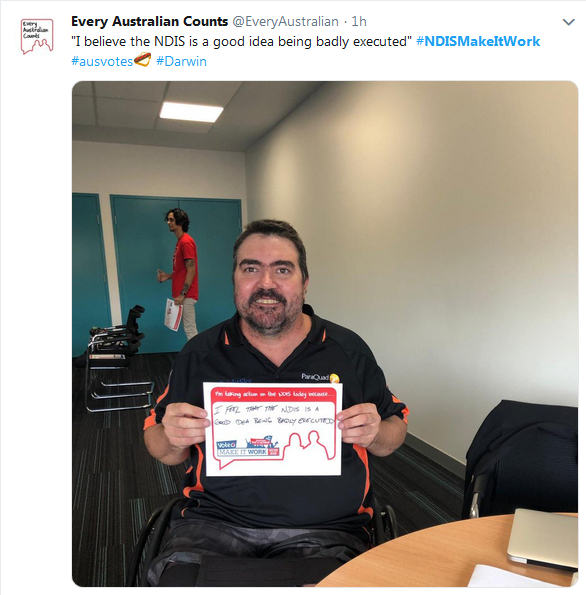 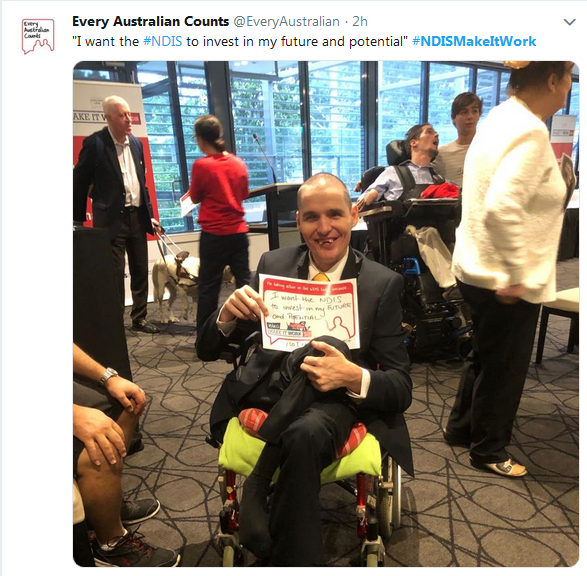 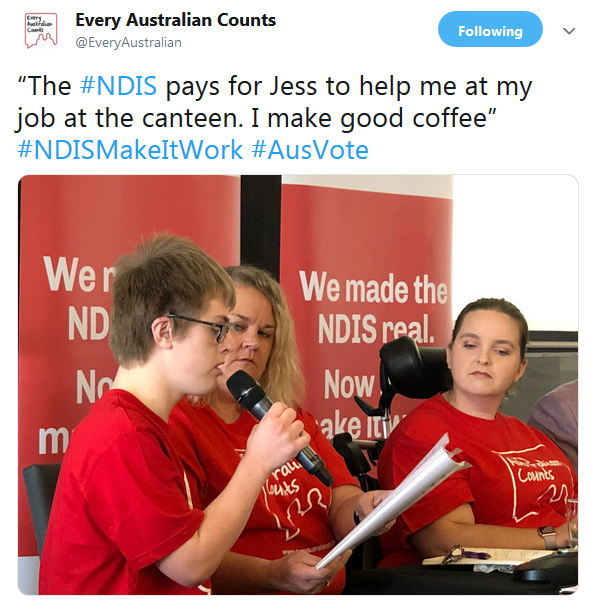 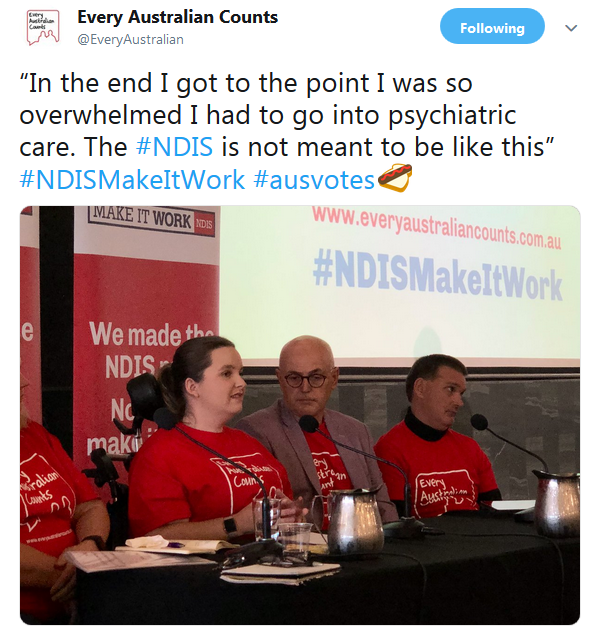